The former MP for Hove, Mike Weatherley, has died at the age of 63.

Mr Weatherley won Hove back for the Conservatives at the 2010 general election and served a five-year term before stepping down.

He was in remission at the time from oesophageal cancer – the subject of one of his final speeches in the House of Commons.

He died this morning (Thursday 20 May) from lung cancer – despite never having smoked.

Mr Weatherley was born in Somerset, went to school in Kent and then to London South Bank University.

He worked as a chartered management accountant before entering politics and became the finance director for businesses owned by the record producer Pete Waterman.

He went on to become the vice-president (Europe) for the Motion Picture Licensing Company and retained a keen interest in intellectual property rights during his parliamentary career.

It was a time of significant change for the music and film industries with the emergence of digital and online sharing challenging the traditional financial model.

Mr Weatherley stood for election a number of times, including in safe Labour seats in London and Scotland.

He won a seat from Labour on Crawley Borough Council but stood unsuccessfully for a seat on Brighton and Hove City Council.

At the general election in 2005 he contested Brighton Pavilion which was held by the sitting Labour MP, David Lepper.

Mr Weatherley’s close friend and colleague, Steve Bell, leader of the Conservatives in Brighton and Hove, said that “he’d earned his spurs” by the time he was selected for Hove.

He was picked at an open selection meeting in 2006 as the Tories looked to broaden their appeal, with Priti Patel – now the Home Secretary – among those hoping to be chosen. 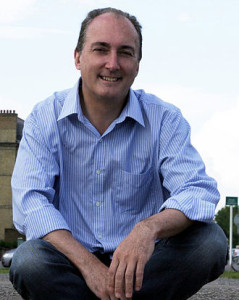 At the general election in May 2010, Mr Weatherley won the Hove seat in the Commons, defeating the incumbent, Labour MP Celia Barlow, by 1,868 votes.

He was a big fan of rock and heavy metal music and wanted to wear an Iron Maiden t-shirt in the chamber – he was a friend of the band. The speaker said no, so instead of having the t-shirt on show, he wore it under his shirt and tie.

Recognising the challenge in trying to interest fellow MPs in copyright and intellectual property law, he set up the Rock the House competition for up and coming bands.

It enabled him to bring the likes of Alice Cooper to the Commons while campaigning for laws that he hoped would ensure that the musicians of the future could earn a living.

Mr Weatherley also piloted a change on the law on squatting in business premises, spoke out against fox hunting and backed same sex marriage.

Less than two years after he was elected, he underwent radical surgery, having his oesophagus and part of his stomach removed. 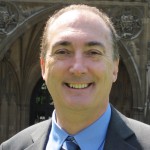 When he spoke to fellow MPs about his health, he mentioned the Twitter trolls and others who had sent him death threats while he was undergoing life-saving surgery.

He said that some tweeted “get cancer!” And he added: “I wanted to reply, saying ‘too late – already have it’.” But he resisted the temptation.

When he stood down, Peter Kyle won the seat back for Labour. He said this morning: “In all of the dealings that I had with Mike, I found him to be decent and friendly and he always had the best interests of our community at heart.

“From the week I became a candidate in 2013, I was in contact with Mike. And even though I was a political adversary at the time, he was always generous and courteous and I am very grateful to have known him and very sad at his loss.”

Councillor Bell said that Mr Weatherley’s death “will leave a massive void in my life”, adding: “I knew Mike through politics and we became good friends.

He returned to the Motion Picture Licensing Company after stepping down from politics, working in America for a while, before returning to Sussex. His earnings before and after he served as an MP dwarfed his parliamentary salary.