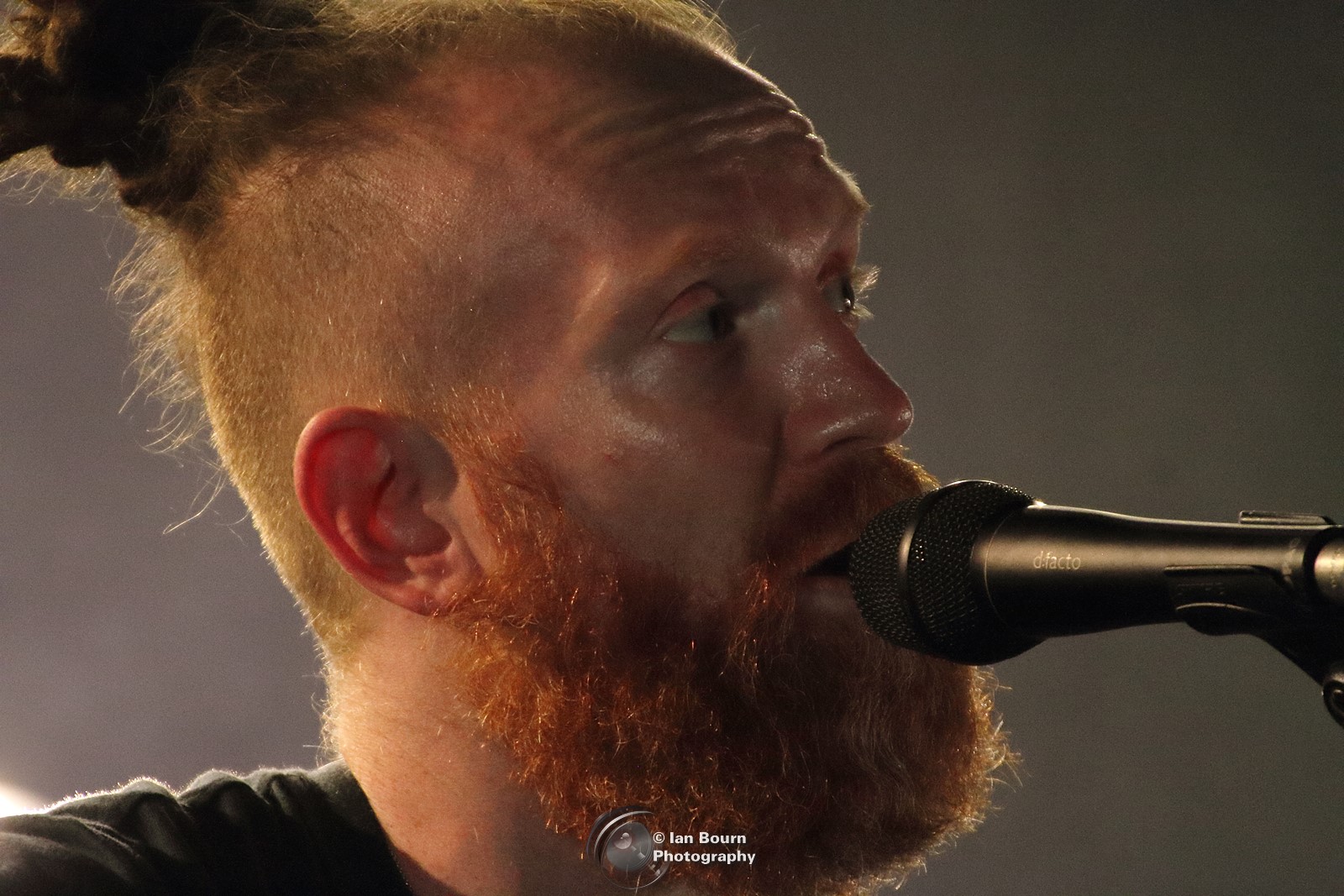 Local concert promoters JOY. were back after the easing of the lockdown restrictions with a top night of live music. Newton Faulkner and support from Sam Brookes were on the bill at the Concorde 2. It was most definitely the place to be tonight.

Stepping into Concorde 2 one was greeted by the socially distanced layout in the venue and the cool air. Strict guidelines were in place, and well done to the C2 crew who managed the restrictions with courtesy and professionalism. The bar staff did a super job in delivering table service drinks which were all ordered online. It all, well it all just worked perfectly.

It was a muggy evening, perfect for a gig. Outside the venue, passers-by and some event attendees were sitting outside having a pre-gig pint or bite to eat in the brand new outside area. It has been planned really well with Gourmet Burgers on site. 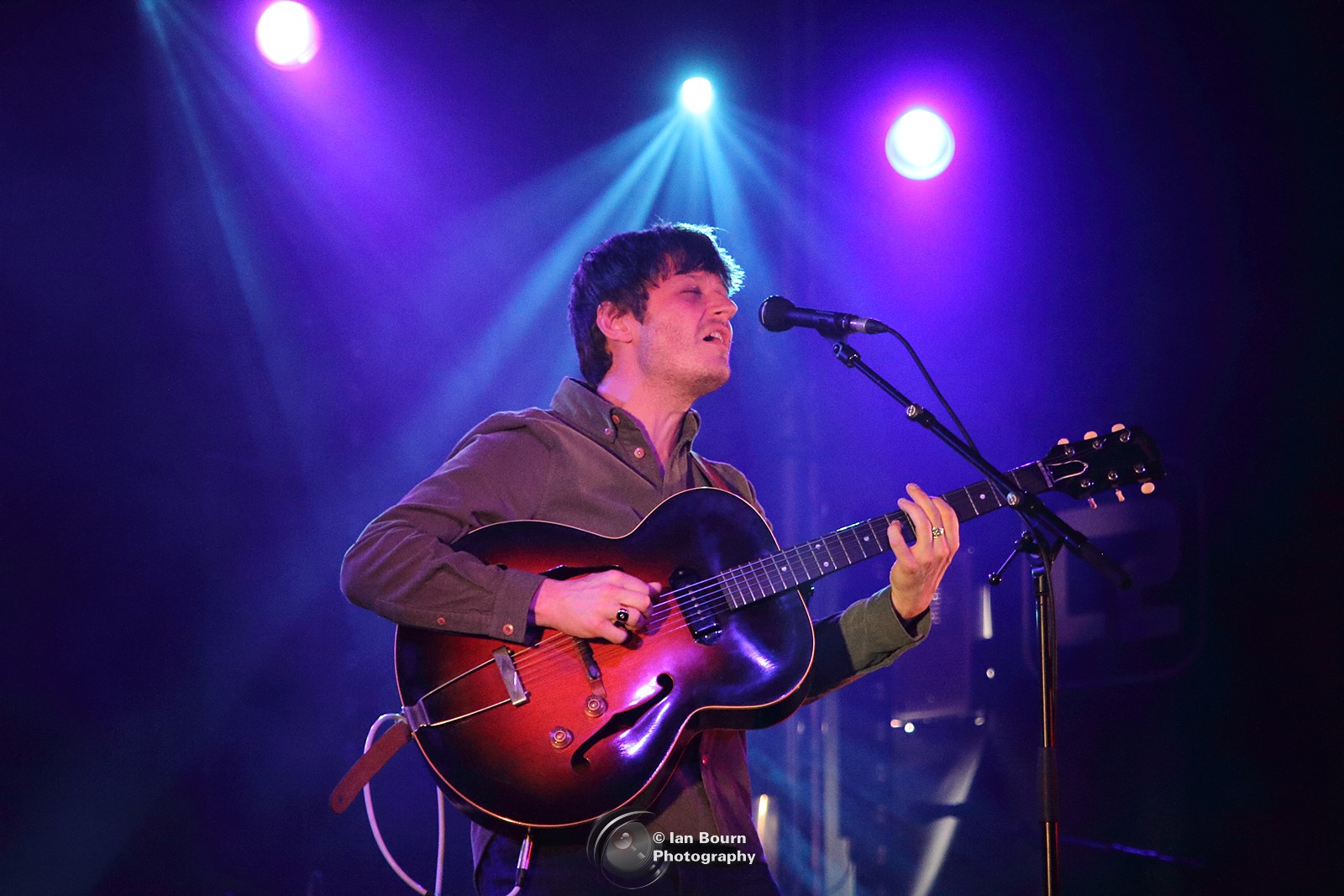 Sam Brookes stepped out onto the stage. The Concorde 2 was filling up nicely with the socially distanced crowd. A thirty minute set was delivered, containing self-penned songs. A set made up of melodies and super vocals. The musician stood behind his guitar. He sang and played his heart out. Stopping and starting to introduce a track or a related story to the next song. Sam was a natural up on the stage and the best moments came when the singer really seemed to settle into his more emotive songs. He has a great voice and it carried throughout the venue.

Sam captured the crowd and received well deserved applause. He was an ideal choice for support, and unsurprisingly will be continuing to tour with Newton Faulkner. Sam’s current album is titled ‘Black Feathers’ – Check it out HERE. 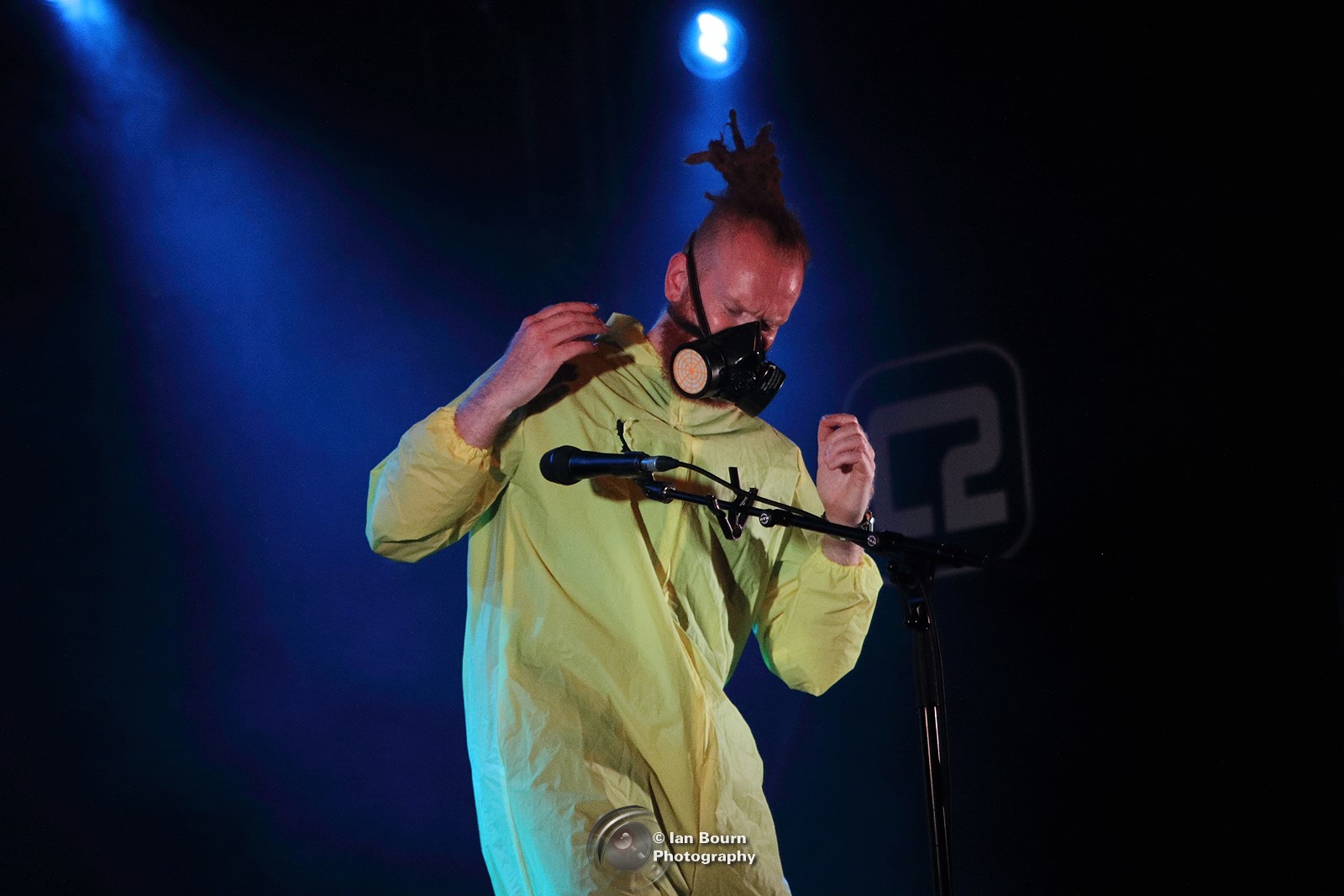 Newton Faulkner has been gigging since he was fourteen and for a few years now, he has taken his live shows on the road and played to large crowds. Tonight may not have offered up the size of crowd he was used to pre-pandemic, but tonight, Concorde 2 was sold out.

I was fortunate to have had a chance for a quick chat with Newton’s sister prior to the gig and she told me how tough it had been for him over the last few months and how much he had been looking forward to getting back out in front of a crowd. We had a great chat, a true delight to meet.

Time had ticked down and the crowd waited for Newton to take the stage. He did! He appeared in a yellow hazmat suit and a face mask a scientist from Wuhan would have been proud to wear. This appearance drew a cheer and a laugh at the same time. Never experienced that at a gig before. Well played sir! He had the crowd on side before playing a note. He stripped out of the suit and chatted away whilst putting his shoes back on. 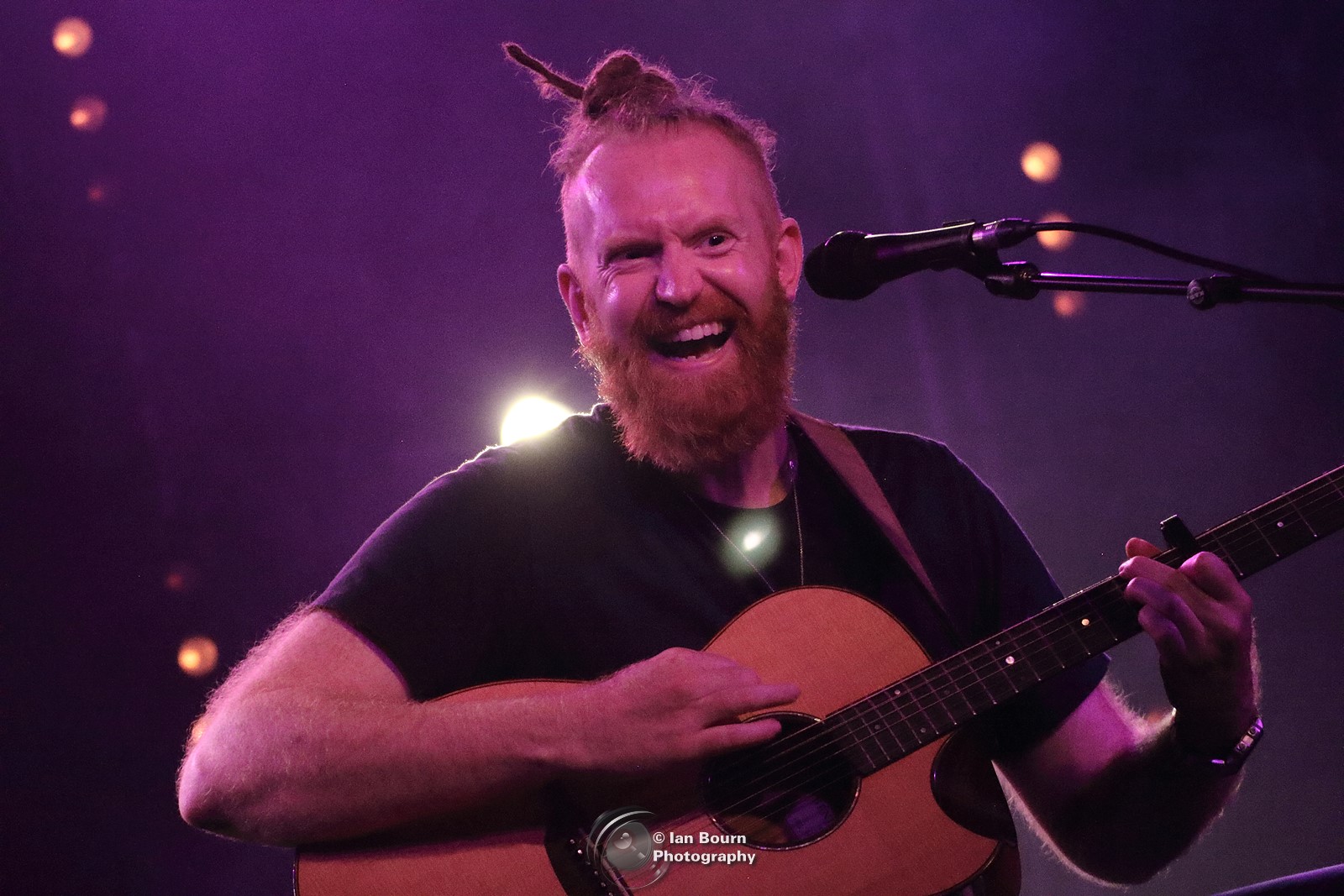 “Here is a song” he announced and the first song of the night was ‘Brick By Brick’. A super choice to open up with. This was all stripped back, Newton had three or four guitars to choose from and a kick pedal for a drum. That was it. One man with his voice and an acoustic guitar. He invited the seated audience to take part, and this song is just nice to clap your hands to. And, just pointing out, the chorus is damn catchy too!

‘I Took It Out On You’ and ‘I Need Something’ followed. Each song was interspersed with humorous anecdotes and reflections. His wonderful cover of Massive Attack’s ‘Teardrop’ was really well received.

We were treated to beautiful track after beautiful track. He had a superb crowd in front of him, and he was one of the most engaging performers I have seen in a while. He was witty, charming and had the crowd eating from the palm of his hand from the very start. 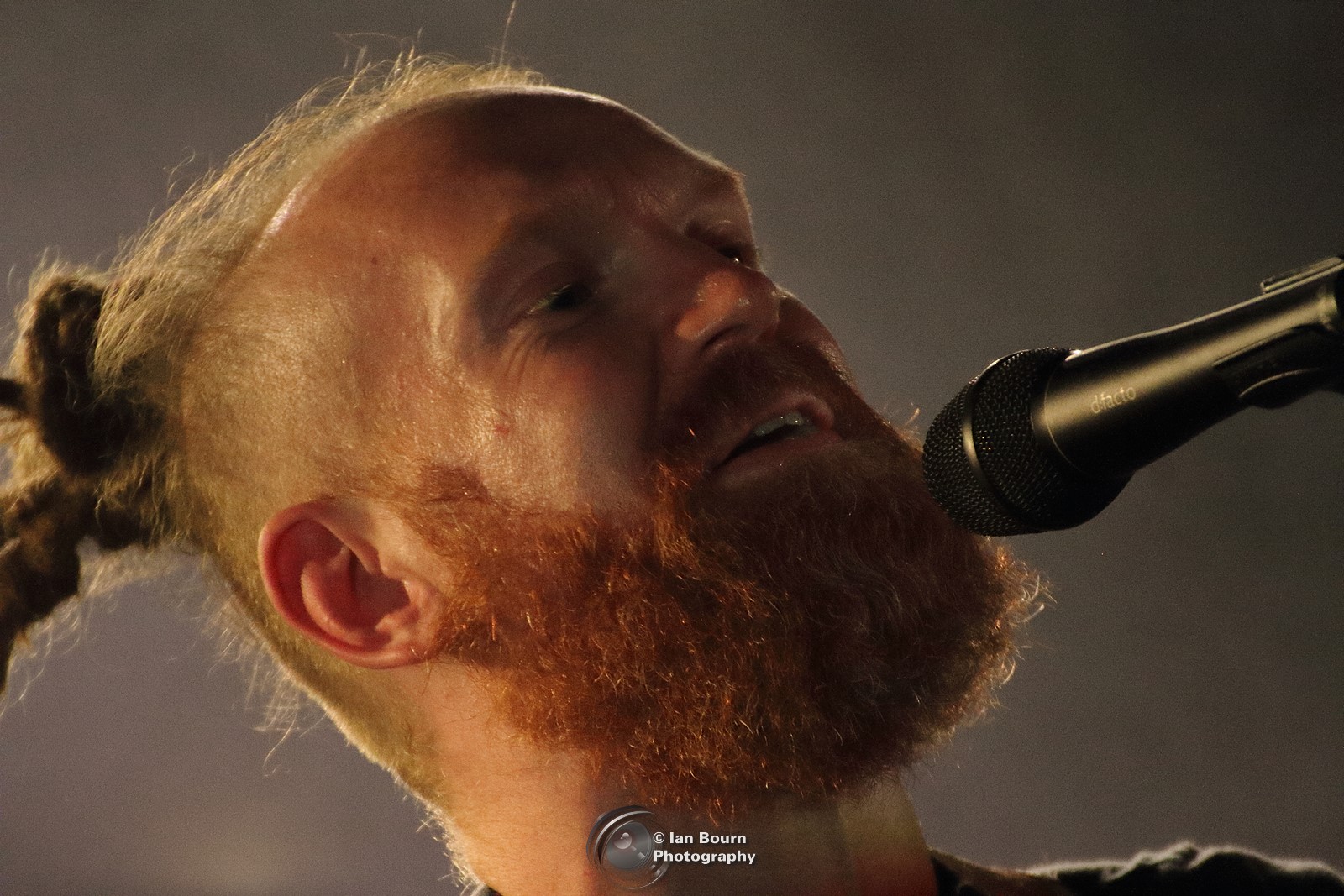 ‘Here Tonight’ was up next, and was an example of the newer material we had been promised. Disaster struck as Newton played, he broke a string! Out came a new pack of strings. He placed his guitar across his knee and set about replacing the errant length of wire. He was not flustered or bothered. He seemed to enjoy the opportunity to chat with the crowd. New string in place and tuned in and we were off once more and he finished the song.

‘People Should Smile More’, ‘Four Leaf Clover’ and ‘Dream Catch Me’ gave everyone a great run of Newton at his finest.

As the stunning set came to a close, he split the crowd to perform harmonies and finger snaps. It worked brilliantly, great to hear the Brighton Choir making some noise again! I do not think any of us actually realised we could sing so well, and in the main, apart from the chap on the adjacent table, in tune! 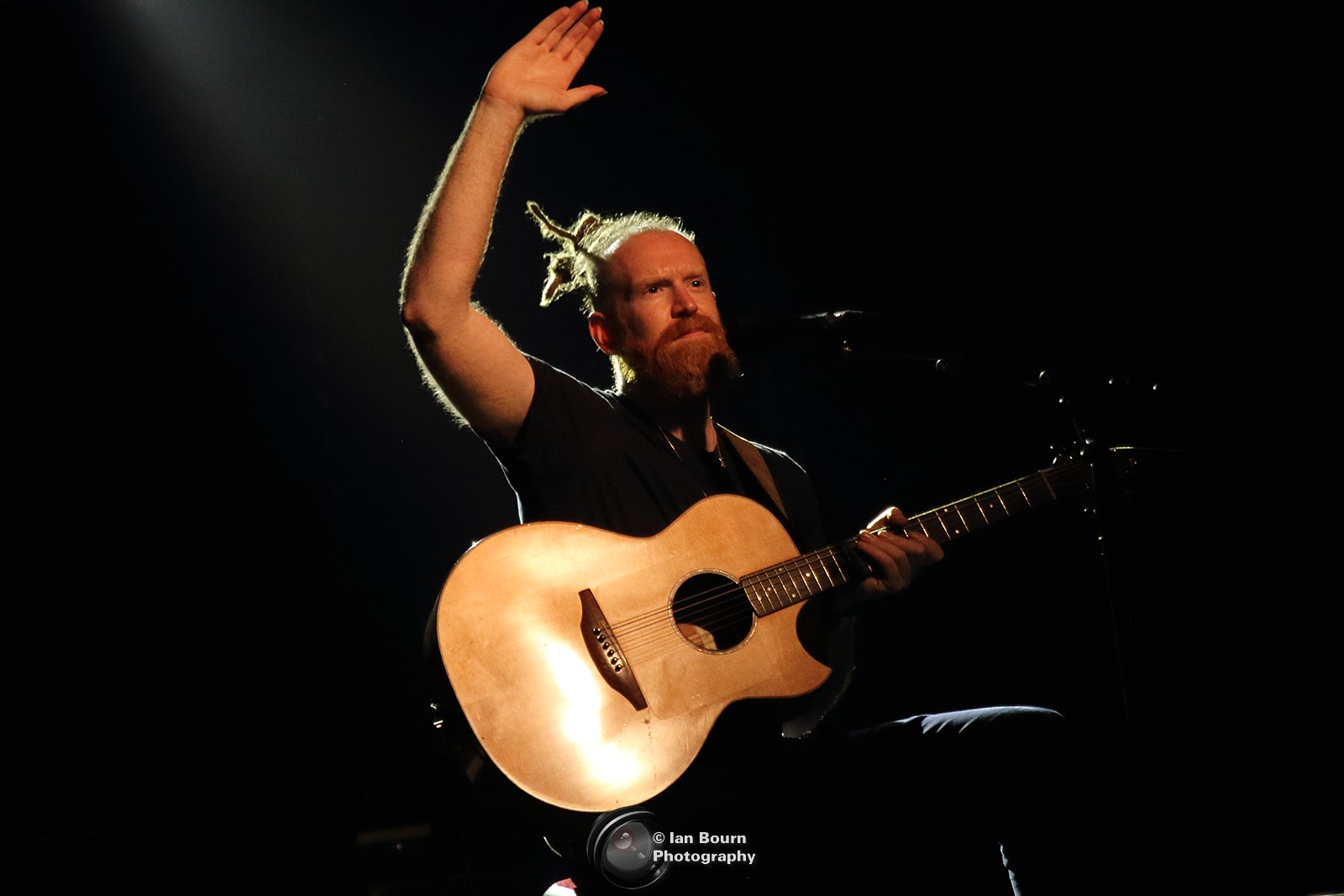 Newton stopped and told everyone how difficult it had been and how thrilled he was to be back playing in front of an audience. He seemed to get quite emotional as he thanked everyone for coming, and how much he appreciated people coming to see him. It was a moment of pure emotion and Newton got a huge cheer from the crowd in response.

‘It’s Getting Late’ rounded off the set.

He is a most confident and skilled performer with a down to earth sense of humour. Newton brought something rather special to Brighton, and I think he sensed it. He brought and delivered to the fans something special and memorable tonight. He was smiling broadly during the set. The smiles on the faces of those lucky to have attended, well it was those smiles that said the most. Well played Mr Faulkner.

His forthcoming album ‘Interference (Of Light)’ will drop on 20th August. There will be 17 tracks on the download version, however I rather fancy the signed multicoloured vinyl version. Check it out HERE. 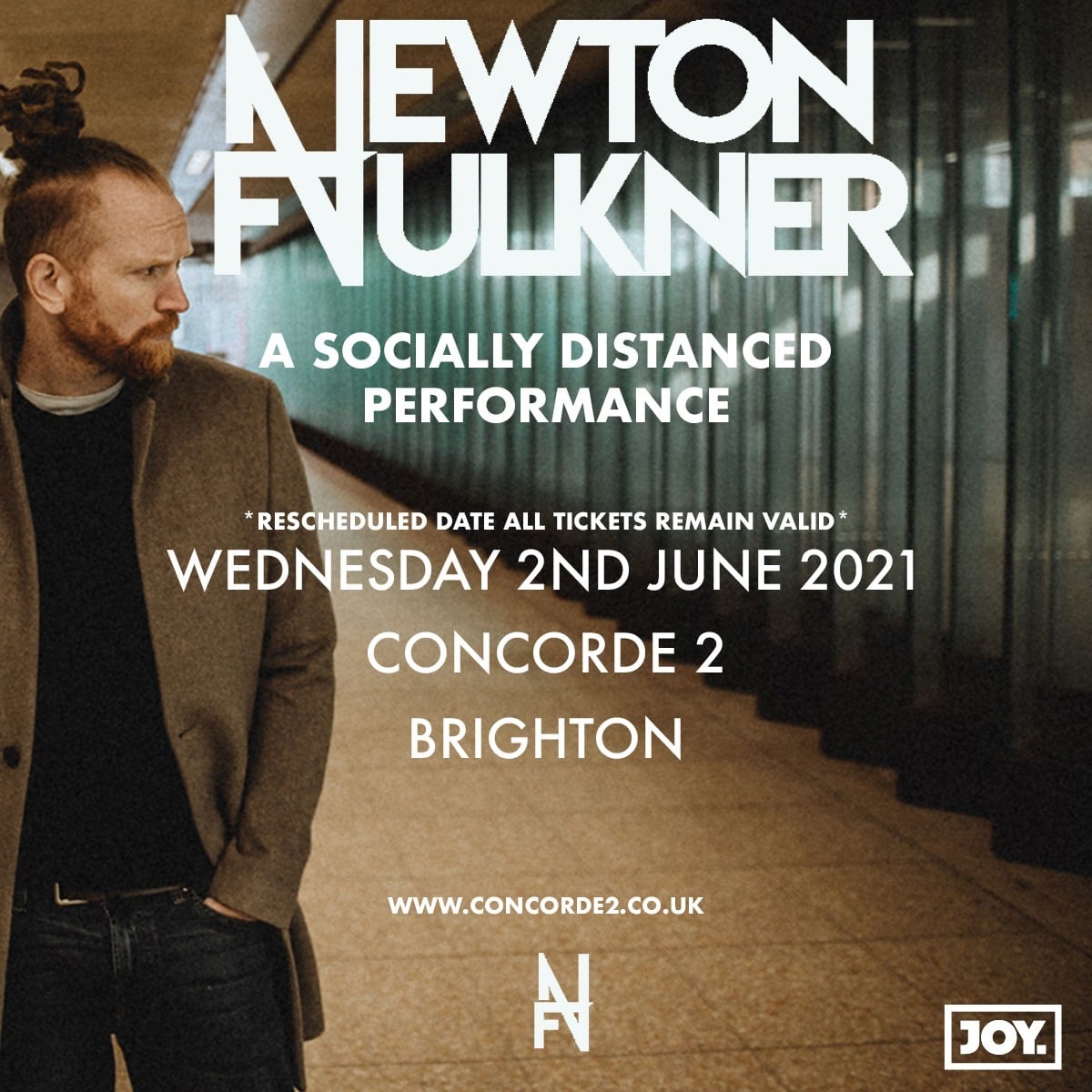 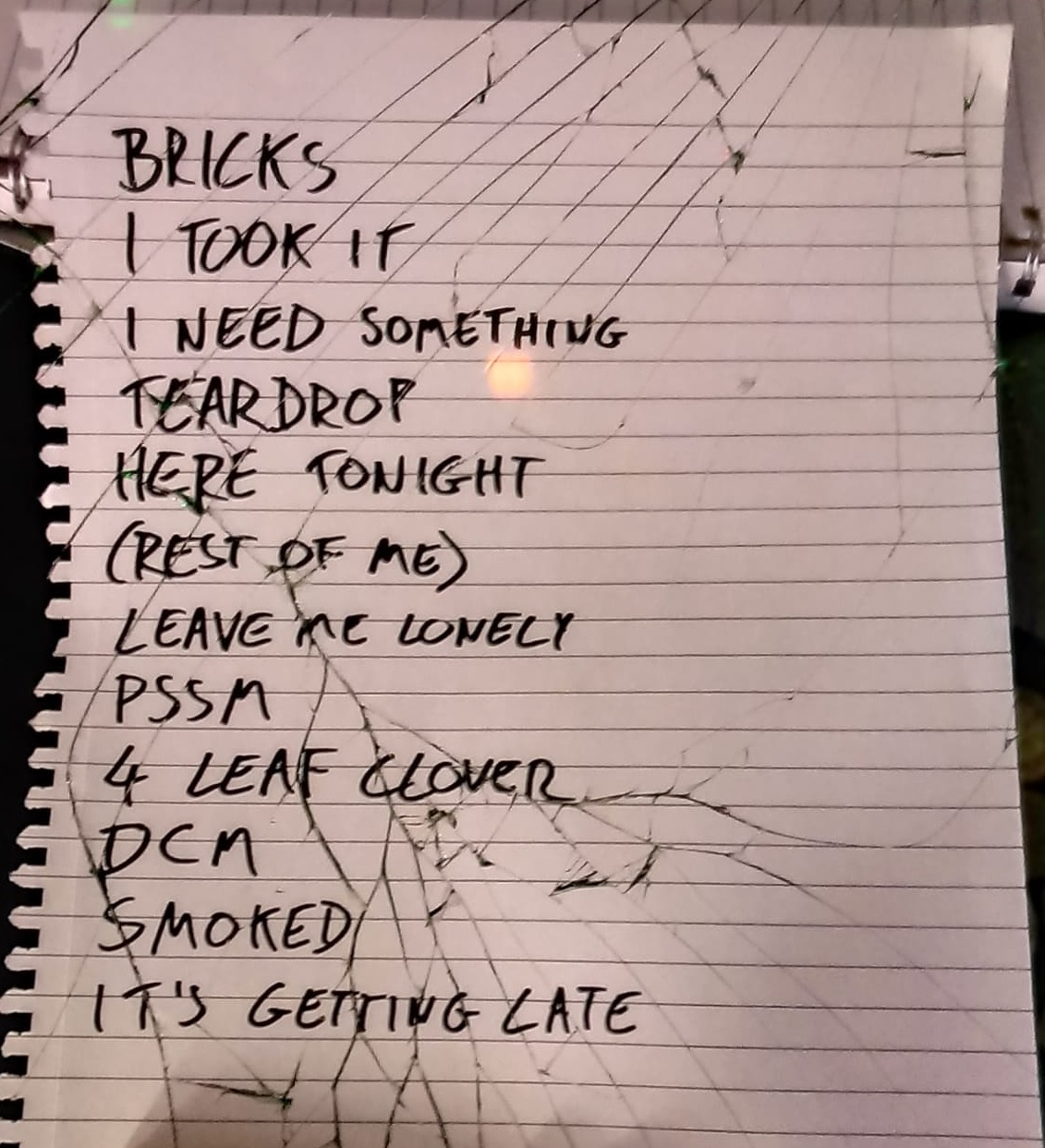