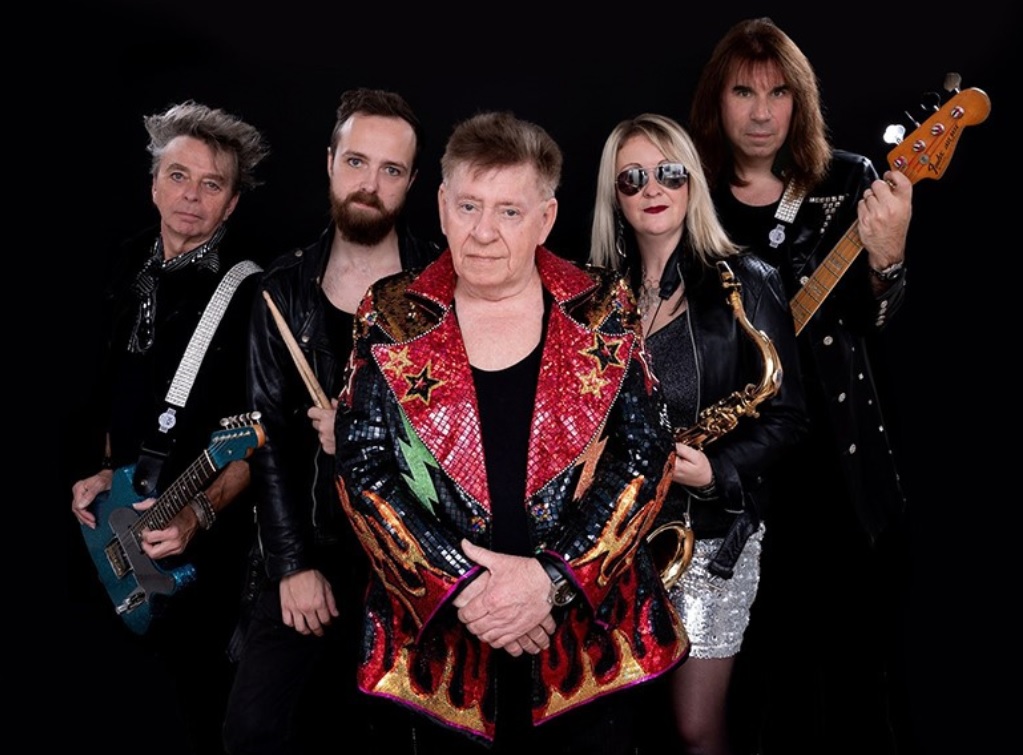 After a sold-out show in Sussex in early 2020, John Rossall brings The Glitter Band back for one final time to the Lewes Con Club as part of his farewell tour, courtesy of Black Rabbit Productions and TLF Presents.

The legendary Glitter Band founder John Rossall and his Glitterband will be performing live on Thursday July 22nd 2021. Grab your tickets before they all go! Snap them up HERE. 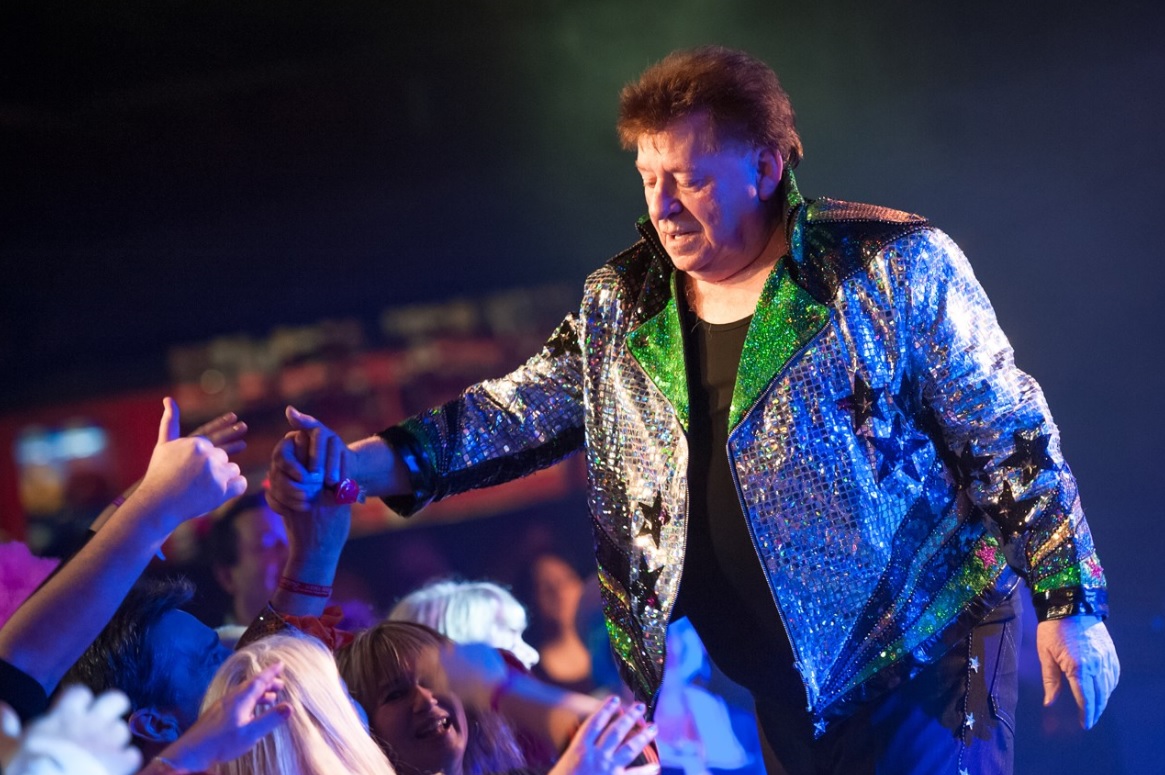 A true veteran of the pop industry, John Rossall was an integral part of the Hamburg music scene of the 1960s, working alongside The Beatles, Bill Haley and many others at Star Club with both the Mike Leander Orchestra and his own Boston International Showband. As a session musician, John Rossall featured on many hit records of the 60s including Tom Jones’ ‘It’s Not Unusual’ and the Walker Brothers’ ‘The Sun Ain’t Gonna Shine Anymore’.

Returning to the UK in the early 70s, John Rossall alongside fellow Boston International sax player Harvey Ellison added brass parts to ‘Rock & Roll Part 2’, the Mike Leander composition that launched the career of Gary Glitter, leading John to form The Glitter Band initially as a backing group and then in 1974 as an independent act. 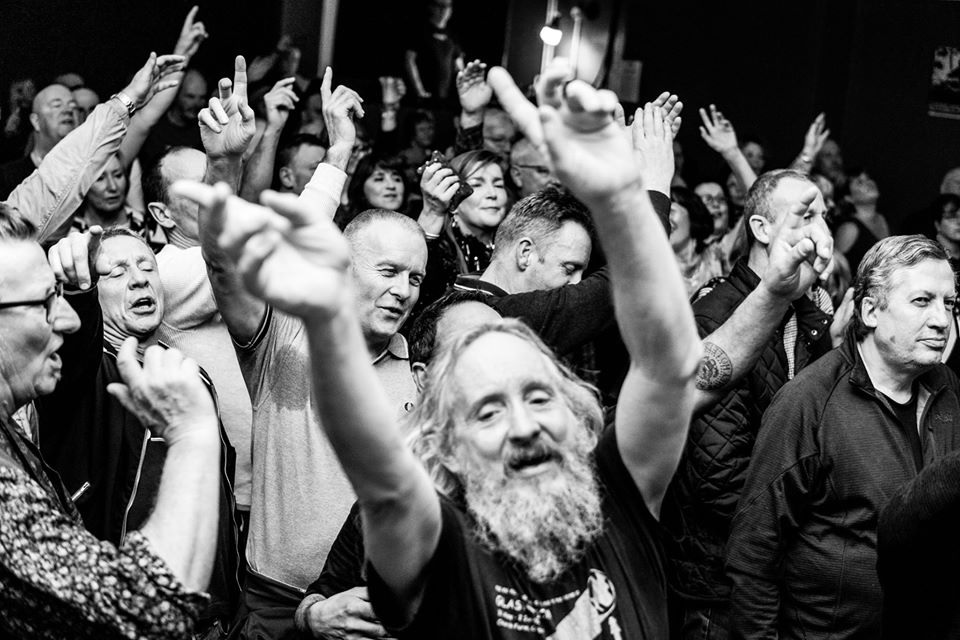 The crowd enjoying themselves at John Rossall’s Glitterband gig at The Con Club, Lewes 22.2.20 (pic Al’s Gig Photos) (click on pic to enlarge)

John Rossall, along with Gerry Shephard, wrote the Glitter Band’s biggest hits, the million-selling ‘Angel Face’, ‘Let’s Get Together Again’, ‘Just For You’ and 1975’s ‘Goodbye My Love’.

In October 2020, John released ‘The Last Glam In Town’, a brand new studio album that has been met with critical acclaim. Three single releases from the album, ‘Blackpool Rocks’, ‘Get Go Girl’ and ‘Lets Get Together Again (Again)’ have all hit number 1 on the independent UDJ Chart.

In March of this year, John Rossall was diagnosed with a serious illness which is forcing his premature retirement from live performance.

John Rossall is currently completing his autobiography which is due for publication later in the year.

He will be returning to play Lewes Con Club as part of their final tour with his band, which features Bob Bradbury on guitar, Chris Connolly and Fliss Kitson on drums, Dave Glover on Bass and Corrie Sheills on saxophone. 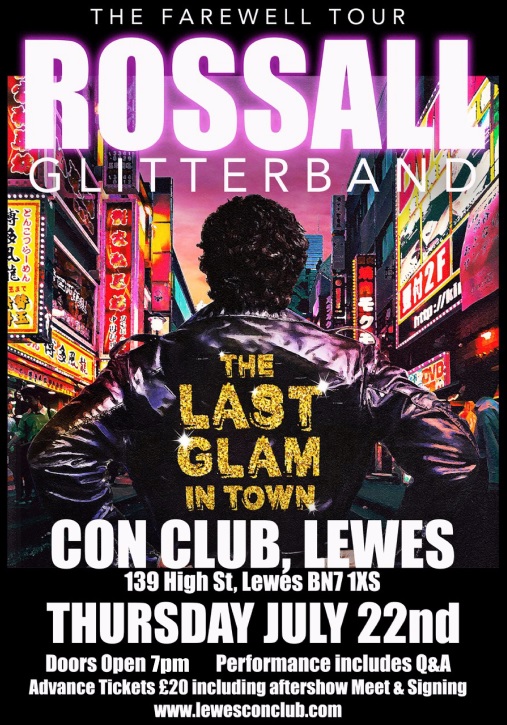