Neighbours back historic Brighton venue in battle for drinks licence

Neighbours have given their backing to an application for a drinks licence for Stanmer House.

They sent a letter of support after Brighton and Hove Estates Conservation Trust objected to a licence being granted, citing concern for people living in Stanmer village.

The village residents’ committee and stakeholders’ forum wrote to Brighton and Hove City Council ahead of a licensing panel hearing today (Friday 25 June).

They said that the trust had not consulted them and did not represent their views.

Today, one of the trustees, Labour councillor Jackie O’Quinn, told the council licensing panel hearing that the Estates Conservation Trust was no longer opposed to a licence for Stanmer House.

But, she told panel, the trust wanted more conditions attached if a licence was granted.

The application was submitted by KSD Support Services, which leases Stanmer House from the council.

KSD originally applied for a drinks licence until 2am and permission to host dancing, live music and boxing and wrestling until 3am.

After initial opposition, KSD amended its application and sought a licence to serve alcohol until 11pm.

The company has run a café at Stanmer House since the coronavirus lockdown restrictions were lifted and has served “temporary event notices” to enable it sell alcohol.

But, with premises restricted to 15 “temporary events” a year, lasting for no more than 21 days in total, KSD has already used up its limit for the year.

Councillor O’Quinn told the licensing panel that the Brighton and Hove Estates Conservation Trust “safeguards” the properties on the Stanmer Estate and protects the lives and wellbeing of present and future tenants. 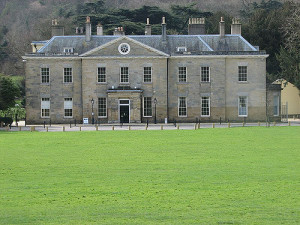 She said: “We feel we are in some way guardians of the park as well as looking after the village.

“What we are not is a residents’ association. We just represent the interests of the people in Stanmer village, not their views.”

The trust had sent a representation when the nearby One Garden applied for a licence for its shop and café.

Councillor O’Quinn said that this had not resulted in any comments from residents’ representatives at the time.

She also said that, despite the lack of official complaints about noise, the trust was aware of people making their views known about car noise and increased traffic.

But her request for a noise limiter to be installed at Stanmer House as a licence condition was ruled unnecessary by the panel’s legal adviser because no late-night music was planned.

Stanmer House manager Mike Youles said that the former stately home was expensive to maintain and it was vital to generate revenue to maintain it.

The proposed licence would cover the ground floor of the building, including a bar, café and restaurant, with “substantial food” to be available at all times.

Mr Youles said: “This is not going to be seen as just a drinking establishment but somewhere where the demographic of our customers would be middle-class people coming to eat at a restaurant and having a drink at the bar in the later hours.

“During the day, one of the obligations of the lease is the house needs to be available to the general public at least one day a week. And people walking their dogs in the park make use of the café.”

The trust had raised concerns about people taking their drinks into the park but Mr Youles said that there were no off-sales.

The panel retired to make its decision which is due to be made public in five working days.