The taxi trade in Brighton and Hove is being undermined by “out of town” drivers who are not bound by local licensing rules, according to a cabbies’ representative.

Brighton and Hove Cab Trade Association rep Andy Peters said that, as a result, safeguarding measures and other protections had been rendered “completely meaningless”.

He asked the committee to order “a full and thorough investigation” by licensing officials and for a report setting out where vehicles working in the cities were licensed – if at all.

Mr Peters also asked for bus lanes to be restricted to locally licensed vehicles – “those drivers and proprietors who pay the council licence fees and abide by local conditions of licensing”.

He said: “We were told by traffic management (officials) that this is possible but as yet nothing has been taken forward.”

Mr Peters told the committee: “We have hundreds ‘out of town’ cars working here and the majority of these are Lewes licensed vehicles.

“And while there may be a ‘joint enforcement agreement’ between Brighton and Hove and Lewes licensing, we understand this is limited to only once every four weeks that Lewes enforcement actually comes here. If that’s changed, I haven’t been told.

“To date, we have submitted nearing 100 reports of Lewes private hire vehicles violating their own conditions of licensing for failing to display council-issued plates and door signs as they work out of sight and out of mind of Lewes enforcement.”

He added that drivers licensed by Chichester, Portsmouth and Southampton councils had also been seen working in Brighton and Hove, some without their licence plates.

Now, Mr Peters said, there was also a “surge” of vehicles working in Brighton and Hove but licensed by Transport for London (TfL).

The London cabs had a small “roundel” licence on the windscreen, he said, some of them expired. But the taxi trade had no idea who these drivers were working for.

Mr Peters asked the Licensing Committee to investigate and to identify the company employing the London drivers.

He called for a report on the effects of the Deregulation Act 2015 on the local trade and for bus lanes to restricted to locally licensed drivers. 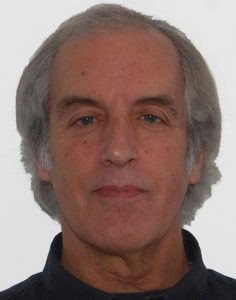 Green councillor Lizzie Deane, who chairs the Licensing Committee, said: “We really do understand and share the frustration with ‘out of town’ vehicles operating in the city.

“This isn’t new because the light legislation allows for properly licenced vehicles to operate anywhere in the country.

“This is something which we opposed at the time of the consultation with the government a number of years ago.

“I was disappointed the government ploughed ahead. We can see with our own eyes the effect it is having on yourselves as a trade.”

Councillor Deane said that the council did control its vehicles and had good relationships with neighbouring councils when it came to monitoring their licensed vehicles.

She agreed to liaise with Lewes District Council about the prospect of more frequent monitoring. 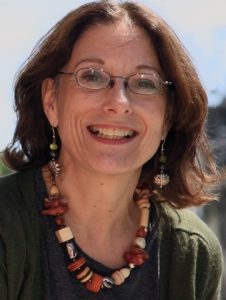 One of the challenges faced by the council was “third-hand” information when drivers and members of the public reported matters related to “out of town” vehicles.

Councillor Deane said that enforcement officers need detailed information when claims were made.

She said that when drivers were challenged, most said that they were dropping off a fare picked up in their home area or driving for their own personal reasons rather than working.

She said that TfL licensed drivers were often found to be working legitimately for food delivery firms.

A traffic order to restrict bus lanes to drivers licensed in Brighton and Hove was not a priority, she said, and the committee was not willing to ask for a report on “out of town” drivers.

Conservative councillor Dee Simson asked if the council could “keep an eye” on “out of town” vehicles. She asked officials to provide figures for the numbers operating in the city.