A firm of solicitors wants to build a four-storey office block and an underground car park at its premises on the corner of Hove Street and Vallance Road, Hove. 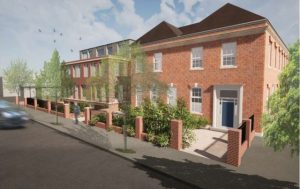 The plans, by Engleharts Solicitors, would involve knocking down the single-storey annexe at the rear of the site, which used to be the Post Office’s Hove sorting office.

The firm has applied to Brighton and Hove City Council for planning permission and is expected to find out next week whether it can go ahead with the scheme.

The main part of its premises, known as Vallance Hall, is in the Old Hove Conservation Area and some neighbours have objected to the proposal, describing it as intrusive, incongruous and unsuitable.

The old sorting office became an auctioneer’s from 1992 until 2006 before the building was turned into offices.

A report to the council’s Planning Committee said: “The proposal would deliver a significant increase in floorspace and jobs and make more effective and efficient use of the site.

“Delivery of modern office floor space is particularly welcomed in this location and … considerable weight is given to the significant economic benefits of the proposal.”

A number of neighbours have objected to the scheme. One, whose details were redacted by the council, said: “I object to the plans because the extension is far too large and unsuitable for its location in a conservation area.

“Previous plans for five houses were rejected ‘due to their design, scale, height, roof form and detailing’.

“The new plans are larger and more incongruous than the previously refused design so must surely be rejected for the same reasons.”

“From the new construction’s numerous windows, our private lives can be seen, videoed and photographed.

“Clearly such a development, due to overlooking, is a derogatory public humiliation, a disgrace, undignified, shameful intrusion into our private lives and it would be an infringement of our right to privacy and also in breach of privacy laws of our country.” 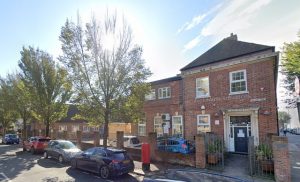 The Brighton and Hove Conservation Advisory Group criticised the block because of the design’s scale, flat roof and “boxy features”.

But Yelo Architects, in a “design and access statement” for Engleharts, wrote that the L-shaped mid-20th century extension that was earmarked for demolition had no “architectural merit”.

Yelo said: “Although we will respect the conservation area, a pastiche of the traditional is not a preference we have taken in shaping our design.

“A functional, contemporary approach has been taken in order to meet our client’s requirements while taking a contemporary stance which synchronises with the conservation area.”

Officials have given their support to the law firm’s plans, which include two basement levels for parking, but the decision rests with the council’s Planning Committee.

The committee is due to meet at Hove Ton Hall at 2pm next Wednesday (7 July). The meeting is scheduled to be webcast on the council’s website.