A Brighton footballer scored an own goal by trying to make a dishonest insurance claim for £55,000. 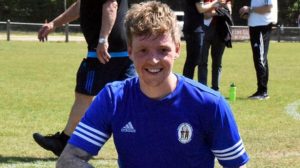 Callum Saunders, 33, from Saltdean, claimed to be unable to work while still playing for Haywards Heath FC.

But he managed to score an impressive goal – so spectacular that it featured on the Sky TV programme Soccer AM.

Law firm Clyde and Co were less impressed than the pundits and shared the footage at Brighton County Court.

As a result, Saunders was landed with a financial penalty – a bill for £5,000 legal costs.

Clyde and Co said: “For a non-league footballer, having one of your goals shown on TV’s Soccer AM is a dream come true.

“But for Haywards Heath FC’s Callum Saunders it was the start of a nightmare because it allowed insurance investigators to prove that his claims of a debilitating foot injury were a lie.

“However, his appearance on Sky TV’s Soccer AM when he scored a goal from the halfway line, was one of the pieces of evidence presented to Brighton County Court to prove Saunders was exaggerating the extent of his injuries.

“In the video, he struck the ball with his right foot, the foot he claimed was injured.

The cleanest strike you’ll see all day! He’s absolutely caught the goalkeeper out there 👏 pic.twitter.com/dvqkPeCQiP

“One month after the accident in Marine Parade, Brighton, Saunders claimed that injuries to his foot meant he was unable to work as a self-employed plasterer or play football.

“However, insurance investigators working for the other party involved in the road traffic accident discovered that, during April, Saunders was filmed playing for Haywards Heath FC during the match in which they won the Southern Combination Football League championship.

“In February 2019, Saunders’ goal against Three Bridges FC was shown on Sky TV’s Soccer AM show.

“Shortly after the ‘wonder’ goal, Saunders signed a document claiming he was at a ‘permanent disadvantage on the open labour market’ claiming £17,300 for that alone. 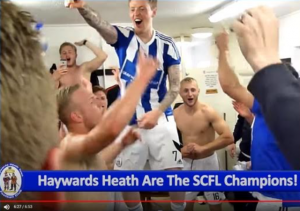 “While Saunders was absent from work for some time, the investigators suspect that this was actually due to an injury he sustained while playing football.

“Confronted with the evidence, Saunders agreed his claim had been fundamentally dishonest under section 57 of the Criminal Justice and Courts Act 2015 and agreed a court order to withdraw his insurance claim and pay £5,000 costs.

“The investigation was conducted by law firm Clyde and Co, which was working on behalf of insurer Aviva.”

Damian Rourke, the partner at Clyde and Co who led the investigation, said: “Callum Saunders may well have been feeling happy about his Soccer AM appearance but, in the end, it turned out to be a massive own goal.

“Having consistently lied to increase the amount of money he thought he could claim, our investigation showed that he behaved dishonestly.

“In hindsight, you have to ask how he thought he’d get away with it after constantly posting and tweeting about his football performances.

“The law is very clear: if you exaggerate an injury for financial gain, the court can dismiss the claim and punish you. That’s what happened to Callum Saunders. He was lucky not to receive a jail sentence.” 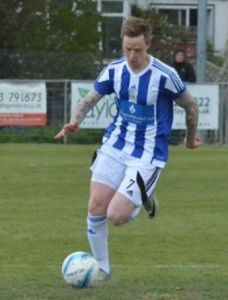 Callum Saunders played while claiming to be injured

Rob Lee, head of casualty claims at Aviva, said: “This is a shocking example of opportunistic greed.

“Saunders clearly believed his minor injury claim was an open goal. What he didn’t count on is that Aviva is determined to tackle fraudulent claims and stop fraudsters in their tracks.

“We will pursue and prosecute those who commit fraud to ensure there are serious consequences, as Saunders can now attest.

“Cases such as this highlight the serious need for the whiplash reforms, which came into effect last month. The reforms remove the financial incentives for those who might otherwise seek to exploit the system for their own benefit.”

Saunders left Isthmian League Haywards Heath FC in 2019. He signed for Horsham FC in May 2020. But in September 2020, his contract with the Isthmian League Premier Division club was ended by mutual agreement, without Saunders having made an appearance for the side.

The foundation was set up in memory of Saunders’ brother Connor, of Downsway, Woodingdean. Connor died nine years ago, at the age of 19, after being punched outside the Tesco Express in Rottingdean.

Callum Saunders is not the only footballer with his name to make headlines. The other Callum Saunders plays for Nantwich Town and is the son of former Brighton and Hove Albion striker Dean Saunders.