Twenty-four people from Brighton and Hove were arrested during the month-long annual summer drink and drug driving crackdown, Sussex Police said this week. 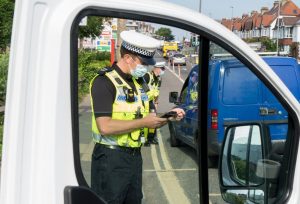 They were among 279 arrests made by the Roads Policing Unit from Friday 11 June to Sunday 11 July – and of those arrests, 32 were made in Brighton and Hove.

In the final days of the campaign, police stopped and checked 60 vehicles in Old Shoreham Road, Hove.

The checks, close to Hove Park, were observed by Sussex police and crime commissioner Katy Bourne.

Two drivers had their vehicles seized because one driver was uninsured and the other was at the wheel of an untaxed vehicle.

Officers also spoke with three drivers for not wearing a seatbelt and gave advice to two e-scooter riders.

Mrs Bourne said: “It beggars belief that, with more than 1,000 people killed or seriously injured every year on our roads in Sussex, anybody would get behind the wheel of a car when they are under the influence of alcohol or drugs.

“These operations are a very visible deterrent and demonstrate the force’s commitment and ability to take unsafe, untaxed and uninsured drivers off our roads and ensure offenders get prosecuted.”

Sussex Police said that 79 of the arrests had been made by officers dealing with an unlicensed music event in Steyning.

In comparison, 83 arrests were made in Sussex during the previous summer campaign in 2020, which ran for two weeks, and a further 212 were held during the crackdown last Christmas.

Chief Inspector Michael Hodder, of the Surrey and Sussex Roads Policing Unit, said: “Throughout this campaign, we have actively engaged with hundreds of motorists to spread the message that we are here to keep everyone as safe as possible on our roads – and we will take action against those who commit offences and put people’s lives at risk.

“Drink and drug driving destroys lives. Yet despite our repeated warnings, we continue to make arrests on a daily basis.

“While the vast majority of motorists are safe and competent drivers, unfortunately there is always a small minority of individuals who believe the law does not apply to them. 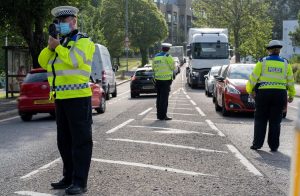 “We will continue to carry out proactive patrols in marked and unmarked vehicles and will respond to any reports of people driving under the influence of drink or drugs.

“We may not be everywhere all the time but we could be anywhere.

“Think about it before you get behind the wheel. Don’t let your next journey be your last.”

Of the 279 people arrested, Sussex Police said that 87 had so far been charged to appear in court.

The force said that from April last year to March, 291 people were casualties of a crash in Sussex where drink or drug driving was involved. Three of these were fatal.

During the same period, a total of 1,185 arrests were made for drink driving in Sussex and a further 1,135 for drug driving.