About 60 child migrants were moved into a hotel in Brighton and Hove with less than a day’s notice, according to the leader of the council.

He said that he was concerned about the welfare of the vulnerable youngsters because of the speed at which they had been brought to Brighton.

And the pace also caused him concern about the support being given to the unaccompanied asylum-seeking children.

One of the children is reported to have contracted the coronavirus and the Home Office is understood to be arranging tests for the others.

The dispute between Brighton and Hove City Council and the Home Office comes just over six weeks after Kent County Council said that it could no longer support newly arrived child refugees.

She said: “We’re seeing that the unaccompanied asylum-seeking children that are coming are more complex now. They’re younger.

“They have more complex needs. And local authorities are really struggling to support those young people.”

Councillor Clare said that, even after some help from the government, the financial cost to the council was currently about £500,000 a year.

He said: “We are deeply concerned that last week, with less than 24 hours’ notice, we were informed that unaccompanied asylum-seeking children were to be placed by the Home Office into a hotel in the city.

“We were not consulted about this decision, there was no discussion with our communities and all arrangements have been made and are being managed by the Home Office.

“We care deeply for the welfare of these children and have concerns, due to the speed at which this has happened, about their wellbeing and the support they are receiving.

“This should be the highest priority of the Home Office. We have requested officials and ministers provide us with information and reassurance about their current and ongoing care and support.” 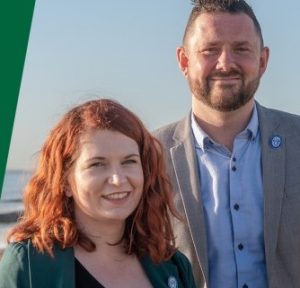 Councillor Mac Cafferty said that he and Councillor Clare had written to Home Secretary Priti Patel to raise their concerns, adding: “Disappointingly, we have yet to have a reply.

“While we continue to push for information, we are also seeking our own legal advice to clarify the responsibilities the Home Office has for these young people and what this covers exactly.

“As a council, we’re proud to welcome and offer sanctuary to refugees and children who have arrived in the UK by themselves, from countries where war, persecution and climate change are making their lives unbearable.

“We firmly believe that all councils should play their part in supporting refugee children. The voluntary scheme we have at the moment is not working and we continue lobbying government on this issue.

“We know many organisations in the city will want to offer support to the unaccompanied asylum-seeking children and we will be talking to the Home Office in the coming days about how offers of help can be put forward to them.

“We will not be providing any further details. This is to protect the young people and the people supporting them.

“We ask that everyone tries to understand that unaccompanied asylum-seeking children are very vulnerable and have complex needs, following on no doubt from extremely traumatic life experiences in their countries of origin and long and unsafe journeys. Like everyone else they are entitled to privacy.”