A Portslade councillor has called on Brighton and Hove City Council to take urgent action after a speeding car smashed into a back garden. 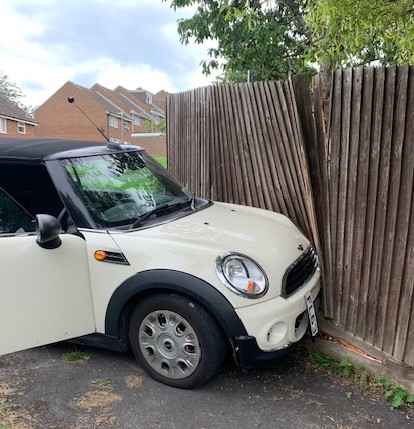 Councillor Peter Atkinson said that the crash, which happened on Monday (16 August), highlighted problems that he had previously raised.

The crash happened when a white Mini convertible spun out of control and crashed into the fence of a back garden in Bush Farm Drive, on the Downs Park Estate.

The force of the crash caused a cement post to topple into the play area in Theresa McNeil’s back garden.

She said that her young daughter often played in that part of the garden and could have been seriously hurt or even killed had she been there at the time.

The independent councillor said: “Residents have been raising concerns about Bush Farm Drive being used as a rat run for a long time now. I have raised it with the council on many occasions but to no avail.

“The rat run is caused by cars speeding along Fox Way but having to slow down when they reach a build up of traffic going towards the roundabout at the Hangleton link road.

“Drivers then think they can save time by entering the top part of Bush Farm Drive and drive round to the lower part and emerge back on to Fox Way.

“When they take this supposed short cut, they often put their foot down and far exceed the 20mph speed limit clearly endangering pedestrians as they hurtle round a long bend in the road.

“It is pretty pointless as they often then encounter a mini traffic jam in the lower part of Bush Farm Drive as motorists try to get out on to Fox Way.

“The potential danger for pedestrians is significant though and we need the council to take urgent steps to address this.”

Councillor Atkinson said that he was also concerned that some drivers were treating Fox Way – from Chalky Road to the link road – as some kind of race track.

He said that this would only get worse as traffic increases from the new housing estate being built at the top end of Mile Oak. 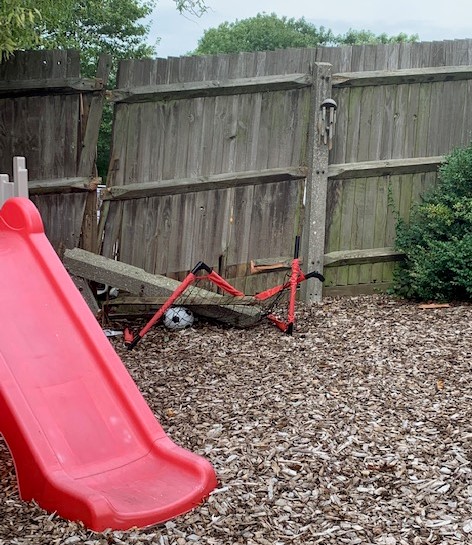 He added: “The council needs to look at speeding on both these roads as one issue – as cars speeding along Fox Way then use the cut-through at Bush Farm Drive and continue to speed along there.”