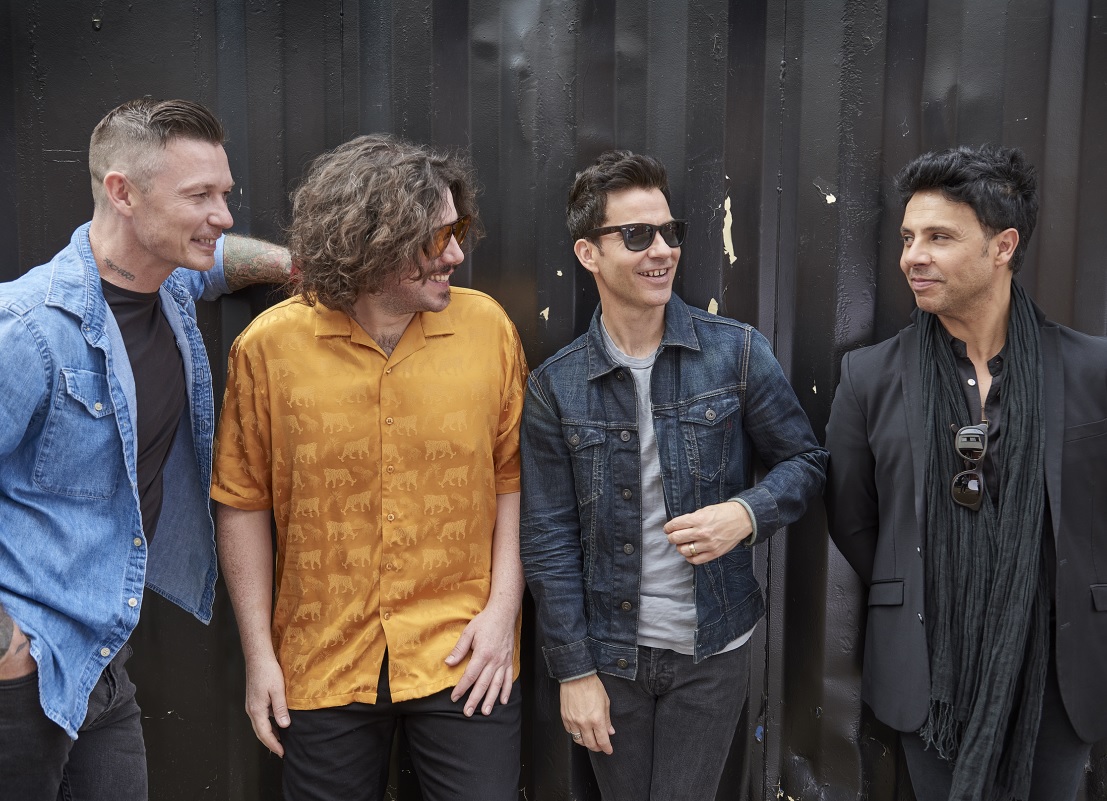 Stereophonics are heading back to Brighton

Stereophonics have announced a return with ‘Hanging On Your Hinges’. The song is the first to be unveiled from forthcoming album ‘Oochya!’, released on 4th March 2022 via Stylus Records through Ignition Records Ltd, available to pre-order now HERE.

As the band celebrate their 25th year, ‘Hanging On Your Hinges’ (listen here) is a gloriously unshackled palette cleanser for fans ahead of the multifaceted, ‘Oochya!’. With distorted question-and-answer vocals and scuzzed up guitars, it’s a song that harks back to some of the band’s loudest moments, drawing on Kelly Jones’ love of garage rock. After 18 months of lockdown, ‘Hanging On Your Hinges’ is an optimistic yet defiant howl as the band get back to doing what they do best. 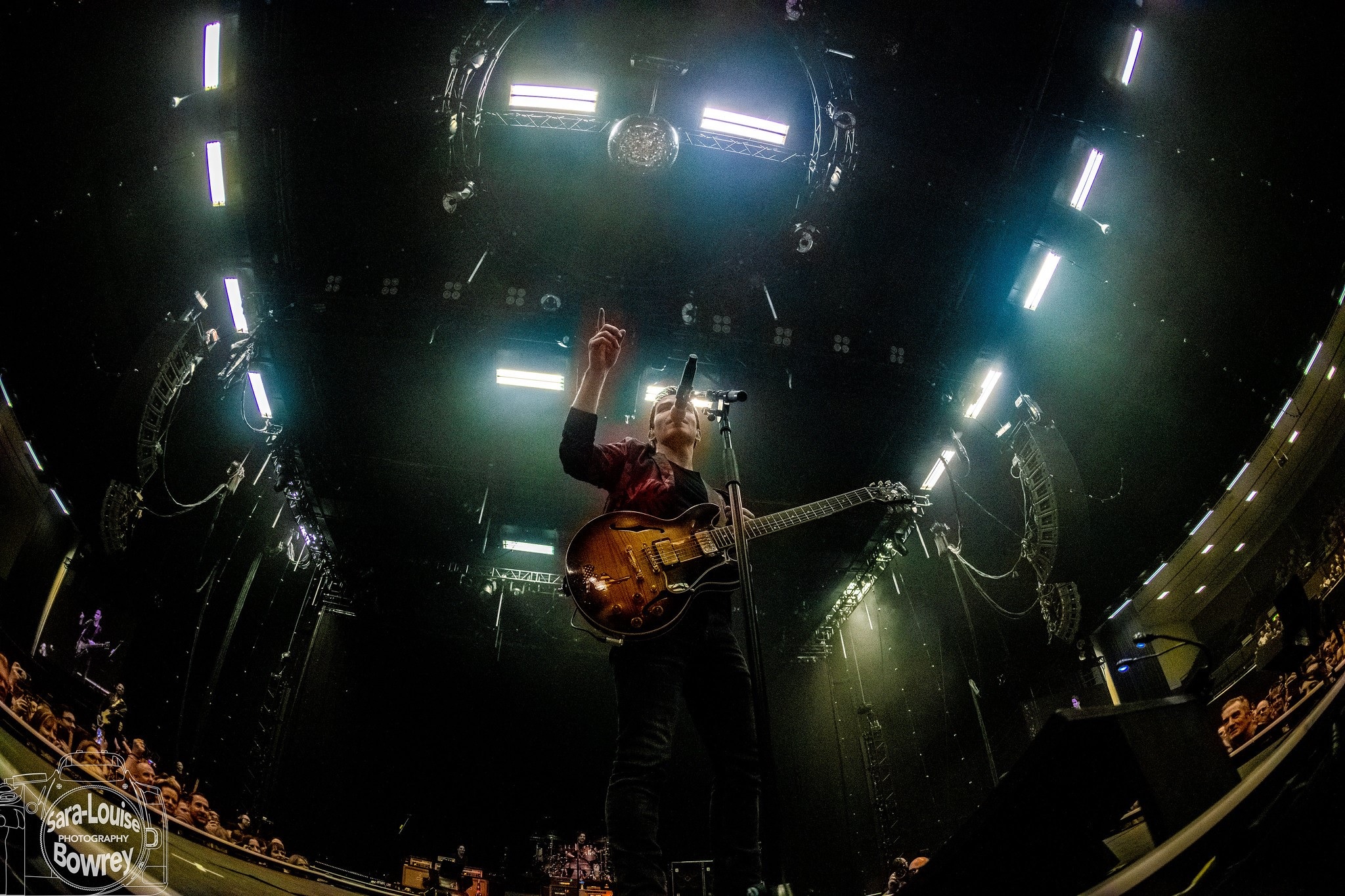 Kelly Jones says: “‘Hanging On Your Hinges’ was influenced by my love of early ZZ Top and darker stuff like Masters of Reality and maybe some Iggy Pop too and probably nods back to ‘Bartender & The Thief’. It’s the song on this album that says ‘Oochya!’ more than anything else, so it’s something we wanted the fans to hear first. Having done some really emotionally lead and introspective songs on the last album (‘Kind’), we decided to come back with a bang this time, give the fans something to get a little loose to. The album title (‘Oochya!’) was always a saying me and the band used in the studio to mean “let’s have it”, a blast of energy and optimism and that’s what we wanted to get across with ‘Hinges’.” 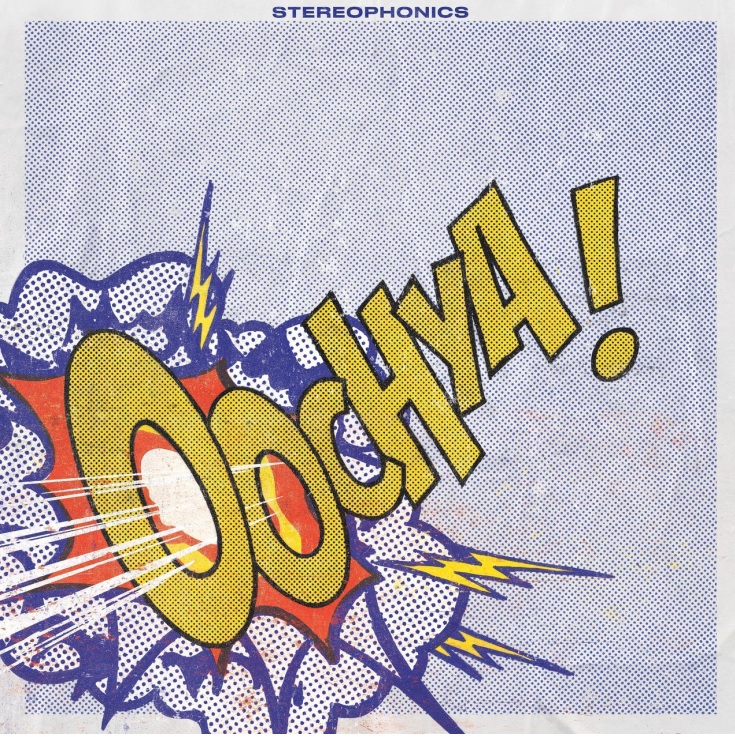 ‘Oochya!’ follows Stereophonics’ previous album ‘Kind’, which went to Number One in the UK album charts in 2019, outselling nearest competitor Kanye West by over 10,000 copies. It became the band’s 7th UK Number One album in the process. The release of ‘Oochya!’ will also see the Welsh rockers return to the road for what’s sure to be another eagerly anticipated sold out UK Arena tour. Kicking off at Manchester Arena on 18th March 2022, the 11 date tour reaches the Brighton Centre on 26th March and culminates at The Birmingham Resorts World Arena on 2nd April.

Stereophonics also return to Wales for a very special show ‘We’ll Keep A Welcome’ on Saturday 18th December 2021, as they headline the Cardiff Principality Stadium with very special guests Tom Jones and Catfish and the Bottlemen. Having previously headlined the stadium in 2001 and 2003, the band return in 2021 for a special end of year celebration and a show that’s not to be missed. Full dates and details listed below. 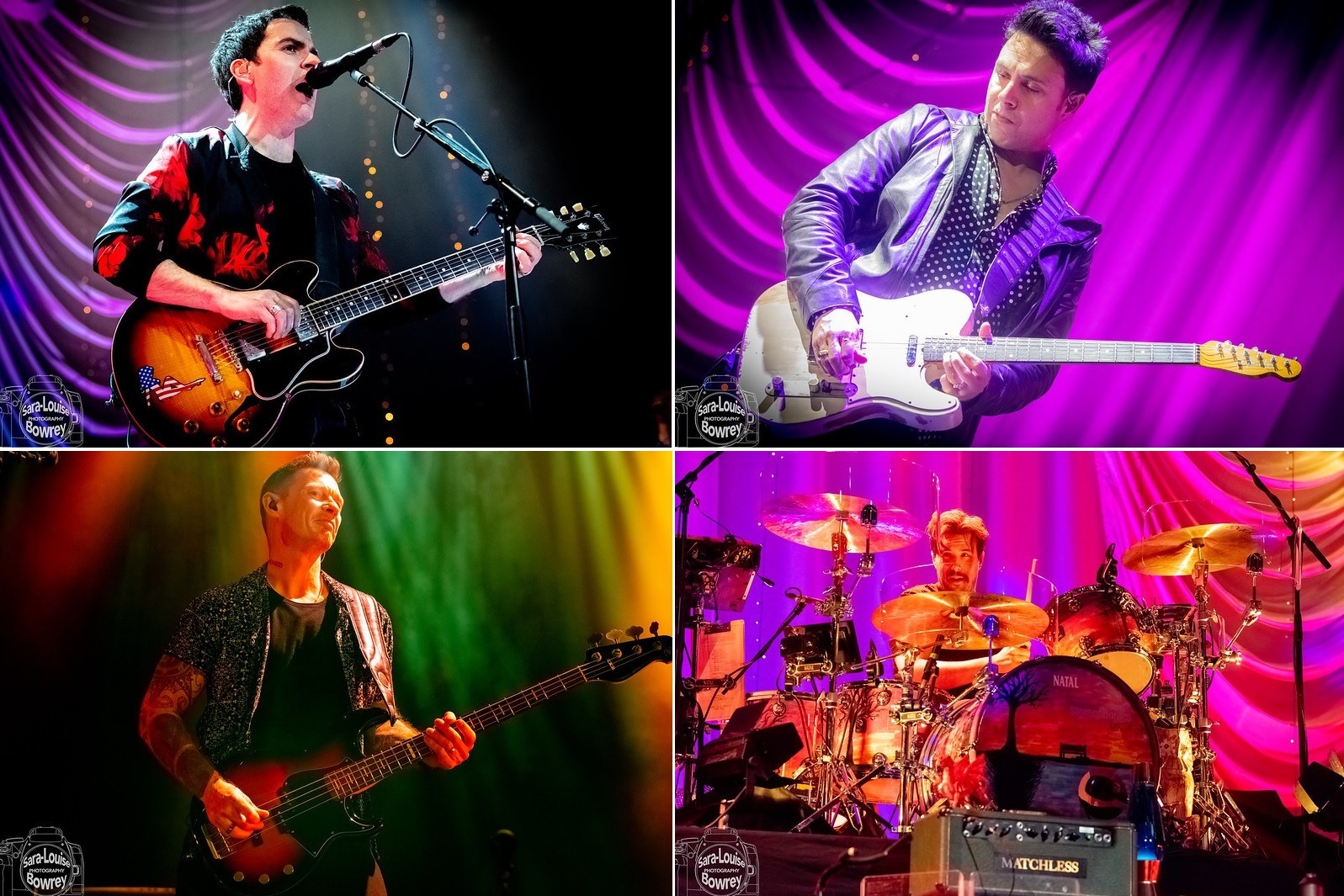 As Stereophonics celebrate 25 years as one of the UK’s most enduring and loved bands, with ‘Oochya!’ Kelly Jones continues to cement his place amongst the great British songwriters. Having now achieved 7 number 1 albums, 10 top 10 albums, 23 Platinum Sales Awards, 8.5 million albums sold in the UK alone, 5 BRIT nominations and 1 BRIT Award win, Stereophonics stand as undeniable giants of British music.

All songs written by Kelly Jones. ‘Oochya!’ was produced by Kelly Jones with Jim Lowe and George Drakoulias and recorded at The Distillery, Wiltshire. 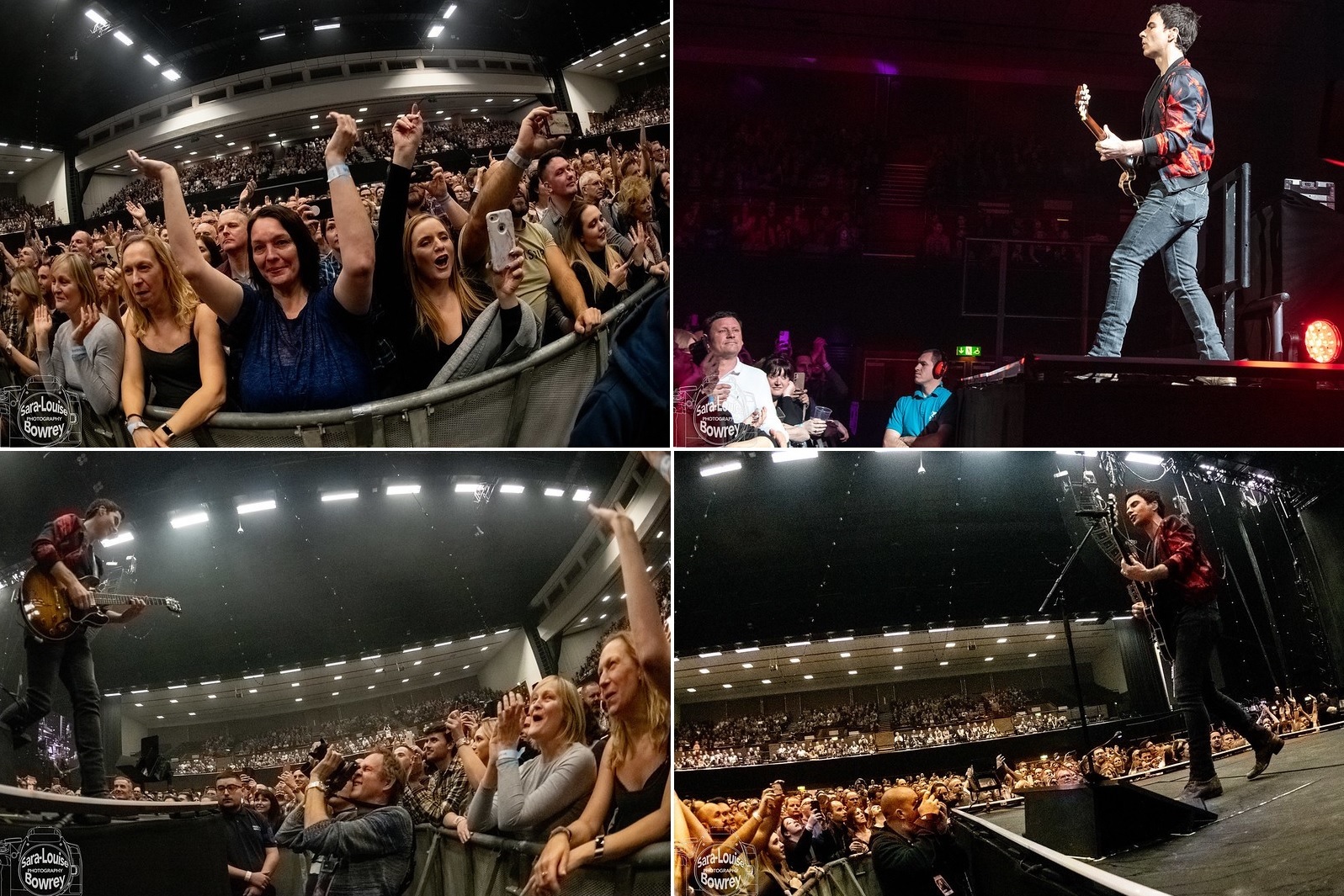 Tickets on sale Friday 10th September from 9am BST at stereophonics.com/tour
Tickets for the Brighton concert can also be purchased directly from the Brighton Centre Box Office Tel: 0844 8471515 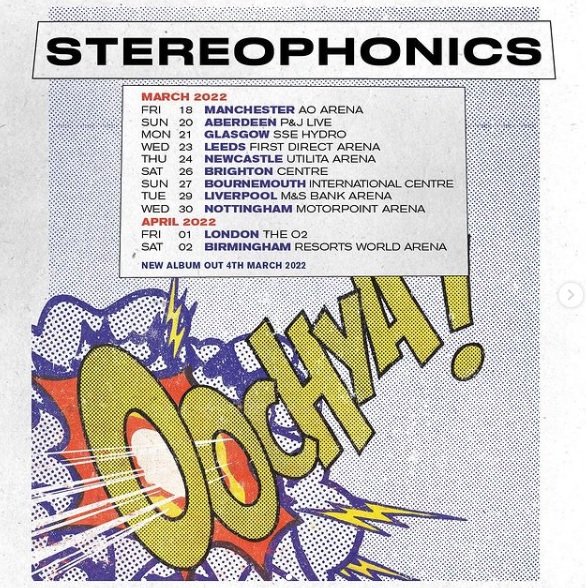