Parents to be consulted about Hove school’s proposed move

Parents are to be consulted about plans to relocate a Hove infant school.

The governors of West Hove Infant School want to move the Connaught Road site to Holland Road where Hove Junior School has a site.

And yesterday (Monday 13 September) Brighton and Hove City Council’s Children, Young People and Skills Committee approved plans to carry out a formal consultation about the proposal.

The council’s head of school organisation Richard Barker told the committee that the council was not required to carry out the five-week consultation.

But councillors and officials wanted to hear parents’ views and proposed to hold six public events.

Mr Barker said: “The governing body of West Hove Infants has raised concerns about the flow of parents to surplus places in other primary schools and the impact this has on the school’s budget – the impact of which will also be felt by the junior school in future years.”

He said that the council was continuing to review the number of primary school places in Brighton and Hove but was not considering closing West Hove Infant School’s second site.

Mr Barker said that the council had not taken a position and wanted to hear what the community had to say, with a report due to go before councillors in November.

The proposed move would not affect the Portland Road site of either the infant or junior school, with any changes not expected to happen before January.

Labour councillor Les Hamilton said that he had received a letter from a parent who opposed the proposal.

But Councillor Hamilton – a retired teacher and former chair of the committee – said that if the school’s governing body and head teacher wanted it, it was probably the right thing to do.

He said that increasing the number of primary school places to cope with an increase in pupil numbers a few years ago made class cuts necessary now when pupil numbers were shrinking.

He said: “A few years ago we increased the number of places, I think unnecessarily in some places, and we’re now finding that we’ve actually got to claw it back again.

“We put a lot more classes in Portslade, where we’ve now got 100 spare places every year because we’ve put extra people into Portslade.

“And no sooner have we done that then we’ve put more and more classes in Hove, so the children who were going to school in Portslade are going to Hove.

“This is a new step in getting back to where we have the numbers we need.” 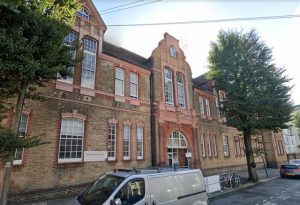 Conservative councillor Alistair McNair asked why the move was scheduled for January and not next September when it would be less disruptive for the children.

Mr Barker said that the schools’ leaderships teams were confident that they could make the move with minimal disruption.

West Hove Infant School’s governors wanted to move as soon as possible to relieve any negative effect on their budget.

Green councillors Zoë John asked why parents might object to the changes, with distance given as a key reason. The junior school site is about a mile away from the infant school.

Green councillor Hannah Clare, who chairs the committee, said that she understood that the schools had wanted the move to happen earlier but were pushed back to January.

She encouraged councillors to attend the public meetings to hear people’s comments.

Councillor Clare said: “We don’t legally have to do this consultation. We have chosen to do it. We are intent on listening to families on the impact of it.”

The consultation will be on the council’s website, with six public meetings planned for