African-themed event could be coming to Brighton and Hove

Concerns about community involvement and whether Brighton and Hove is ready for an African-themed event were raised as councillors agreed to back a new sculpture trail.

Stephanie Prior, who represents black, Asian and minority ethnic groups (BAME) on Brighton and Hove City Council’s Tourism, Equalities, Communities and Culture Committee, questioned whether a city that does not have a carnival or black arts events was ready to host a project from a national rather than local organisation.

The World Reimagined would include 10 large globe sculptures designed by artists which were described in a report to ocuncillors as “bringing to life the reality and impact of the transatlantic slave trade”.

A schools and community learning programme would have themes including Mother Africa before Empire, the reality of being a slave and ways to imagine the future.

Miss Prior told the committee that she liked the idea of the event but had mixed views which came to the fore in discussions with other members of the BAME community advisory group.

She said: “In terms of black cultural events and entertainment in Brighton and Hove, it’s very small and locally led.

“There’s huge opportunities to create and built platforms and projects, as big as Pride, that create jobs, representation and opportunities at a local level and lead on to that.

“I like the event themes. However, it was kind of saddening to me because upon reflection I feel like our city is still at sixes and sevens.

“We haven’t got to where we have our own carnival. We don’t have our own fashion shows where we’re celebrating black beauty and art.”

Miss Prior said that she has to travel to explore her culture outside Brighton and Hove.

She questioned whether the council should invest in external projects or invest in locally based groups.

As a marketing professional, she was concerned about the focus on slavery for a major event in Brighton and Hove.

World Reimagined project manager Ella Phillips said that the project provided a starting point for building up organisations to develop ideas such as a carnival.

She also said that the slave trade was not the focus but was included on a timeline from before the slave trade to the present day. It would focus on a pleasant future for everyone. 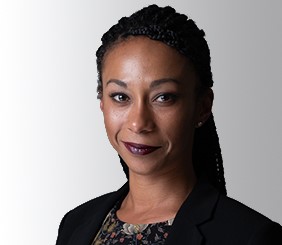 Conservative councillor Dee Simson asked for a breakdown of the £160,000 that councillors were asked to put towards the project.

She said: “I’ve seen many of these over the years that don’t produce the impact that would be expected. They often cost money that could have been spent better locally.

“Was any consideration given to organising a similar scheme through the local BAME community and voluntary sector?”

Council arts development manager Synthia Griffin said that the core cost was £50,000 and a further £50,000 would go towards grants for community groups.

The council would also underwrite £35,000 of sponsorship and put £25,000 towards the legacy once the project had left the city.

The World Reimagined was chosen over a local project as the organisation was working nationally with other cities, including Bristol, Birmingham, London, Leeds and Swansea, and could offer the infrastructure, funding and profile for the project.

World Reimagined co-founder Dennis Marcus said that the organisation was looking for £70,000 in sponsorship and was taking on half the risk.

The sculpture trail would be in partnership with Wild in Art, which organised the Snow Dogs trail that raised £310,000 for the Martlets hospice and contributed an estimated £10 million to the local economy.

Councillors voted eight to two to authorise council officials to negotiate with the World Reimaged on the project, committing funding of up to £160,000 and giving the final decision to a senior council official.