A former council leader has called for action from the top to deal with an impending bin lorry drivers’ strike and a backlog of missed rubbish and recycling collections.

Labour councillor Nancy Platts said that no one appeared to have a solution to the constant problems with missed bin collections in Brighton and Hove.

She told a Brighton and Hove City Council meeting that the same people were emailing her each week – and the same responses were coming back from the council’s rubbish team at Cityclean.

And now, industrial relations had broken down, she said, with bin lorry drivers voting to strike for two weeks from Tuesday 5 October.

Members of the GMB union were going on strike in a row over round changes and what the GMB branch secretary Mark Turner called an “unofficial programme of punishments and control”.

Councillor Platts said that the council’s chief executive Geoff Raw should be summoned to the Environment, Transport and Sustainability Committee’s next meeting in November to answer questions about the failures at Cityclean.

When the committee met on Tuesday (21 September) she said: “I’ve got some people who are coming back every week being told their rubbish and recycling is going to be collected and then it still doesn’t get collected.

“So we’re also breaking the promises that we’re making. We should only make a promise we’re going to do something if we really think we can keep it.

“When people come back week after week, I’ve seen officers in Cityclean giving up responding now. They don’t know what else to say.

“Somewhere there is a solution to this because every other city collects rubbish and recycling. When I go to other cities, I’m not seeing this problem.”

Councillor Platts said that she had sympathy with the Green administration, having dealt with the problems as council leader herself.

And she had sympathy with senior officials who were sometimes still responding to emails about missed collection late into the night.

When she was leader of the council, she asked senior officials to recruit an industrial relations officer to deal with the problems at Cityclean but the position had not been filled. 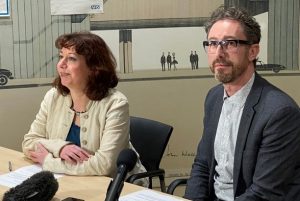 Councillor Platts said: “I’ve physically walked around my ward with someone from Cityclean and the executive director. No one in any of the closes off Whitehawk Road had recycling collected.

“Even on my emails now, I’ve got emails saying the recycling hasn’t been collected for months.

“I walk down the street myself and see it overflowing. It’s all very well bringing reports to the committee but I’m not understanding what the solution is?”

She asked whether extra pay would solve the problem. 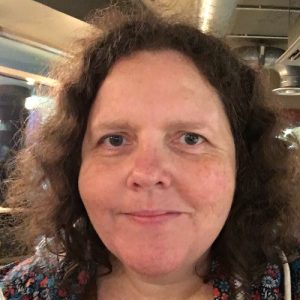 The council’s assistant director for city environment Rachel Chasseaud said that the issues were a mix of long-term problems, being tackled through a modernisation programme, and unpredictable events which had “blighted” the improvements.

Cityclean still lacked a computer system, she said, and a major project was under way to rectify this – and the service also needed new vehicles.

The current ageing trucks were prone to breaking down and, as a result, teams ended up missing their rounds.

Significant unpredicted problems included the fire at the waste transfer station in Hollingdean in August 2019 and the coronavirus pandemic which has led to staff being off sick or self-isolating.

Mrs Chasseaud said that the council was struggling to recruit workers and that there was a national shortage of lorry drivers. Nationally, Veolia has 80 driver vacancies.

She said: “The last few months have been incredibly challenging. We’re not on top of it at all. There are missed collections in pockets across the whole city.

“There are residents who are getting very regular collections. Unfortunately, the big issue at the moment is the impact of the national labour shortages for HGV (heavy goods vehicle) drivers – but not just drivers.

GMB branch secretary Mark Turner responded on Twitter to the comments made by Councillor Platts in the council chamber.

Mr Turner said that morale was low, adding that Green council leader Phélim Mac Cafferty and Councillor Amy Heley, who chairs the Environment, Transport and Sustainability Committee, needed to start responding to his emails and intervene to resolve the dispute.

He said: “It’s about the failures by management and the administration on not following agreed procedures and policies, not supplying adequate equipment and removing professional drivers from their regular rounds with no justification.

“There is no leadership, no direction from the administration, no investment, no support of the dedicated workforce and a complete blame culture by the senior management.”