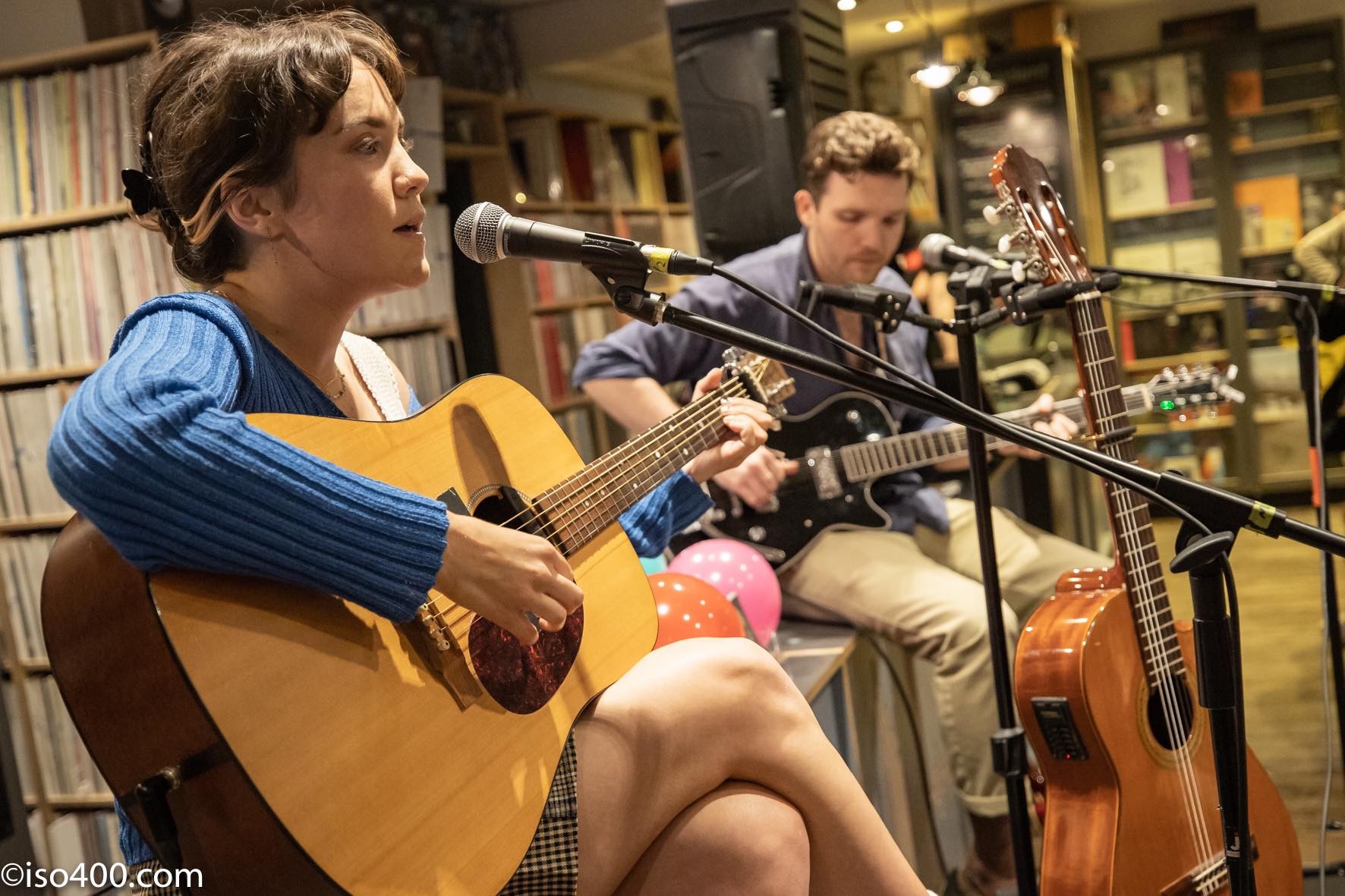 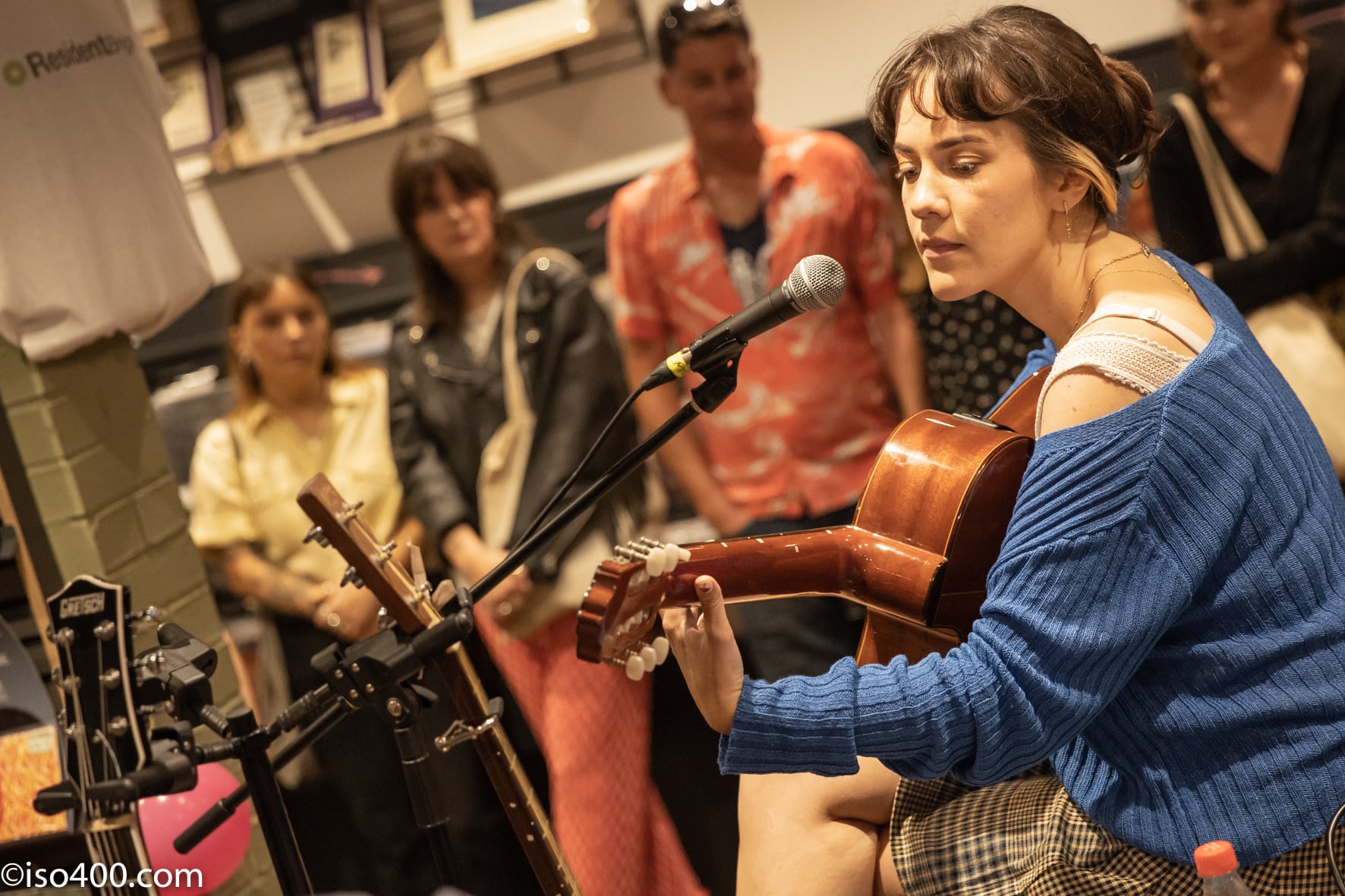 The Guardian have called Bess “a gifted songwriter with a voice like slow, cool water” and a 5 star review of the new album was in yesterday’s Independent newspaper. I managed to listen to the album a couple of times before her Resident records show in Kensington Gardens in Brighton and have to agree with The Independent, it’s a really great album.

She first came to my attention a few years ago as her debut single ‘Cobbled Streets’ was played several times by Steve Lamacq on BBC 6Music. Her first album ‘Hold Your Mind’ was released later in 2016. 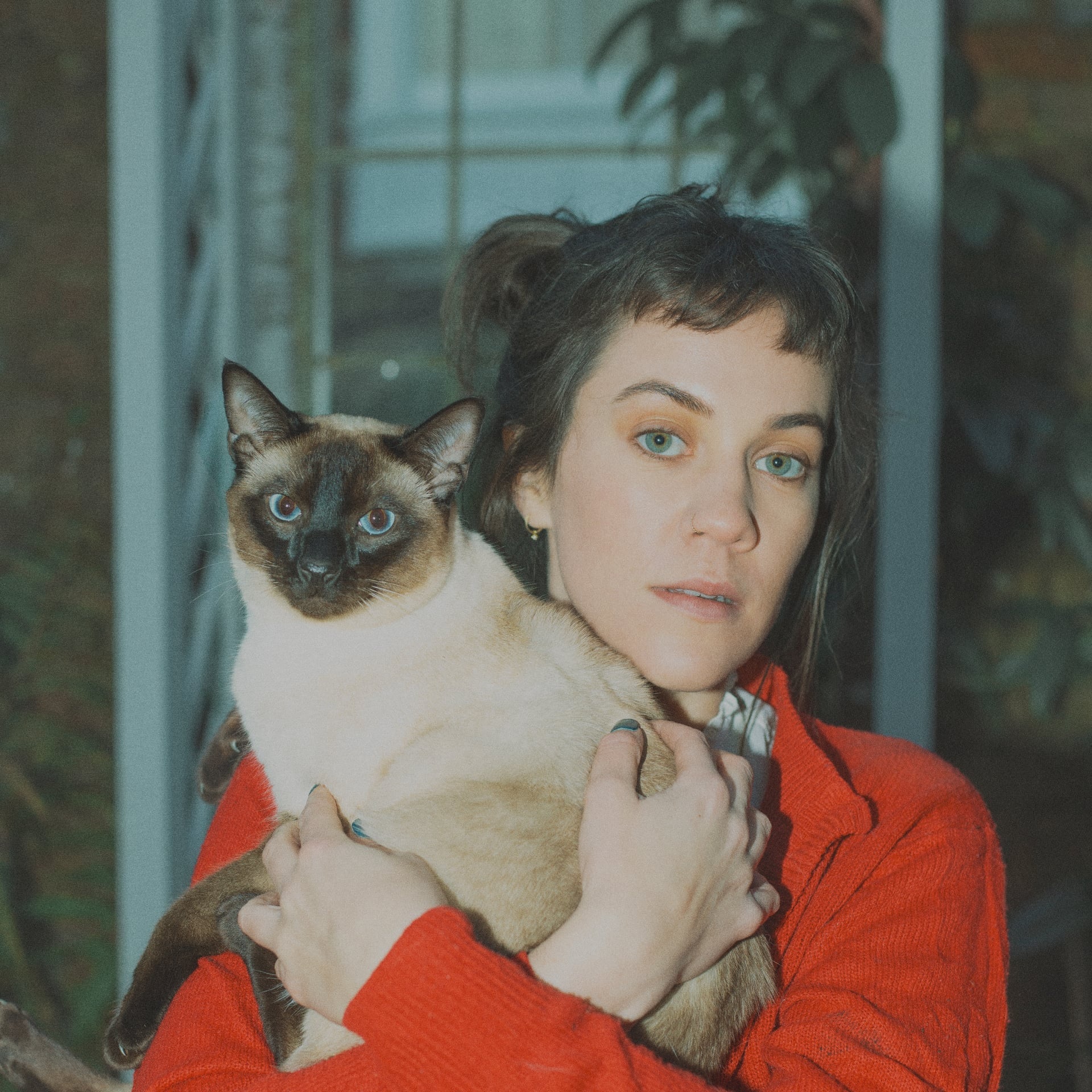 Her last single ‘Co Op’ released a few months back was also playlisted on 6Music and has been a favourite of mine, the video of which was filmed just up the road from me at Ardingly Reservoir, so I have been very much looking forward to finally seeing her live for the first time. Bess informed us during her Resident instore performance that the song is about furniture recycling. Apparently there’s a lot of free stuff to be had on the streets of Brighton and Hove and Bess gets a lot of her furnishings this way.

Resident staff and Bess fans welcomed her onto the stage and she dutifully performed a seven song set. All the songs played were from the new album. It was her birthday that day and Resident provided her with a cake and candles post show plus some balloons on the counter to make her gig feel a bit more special. 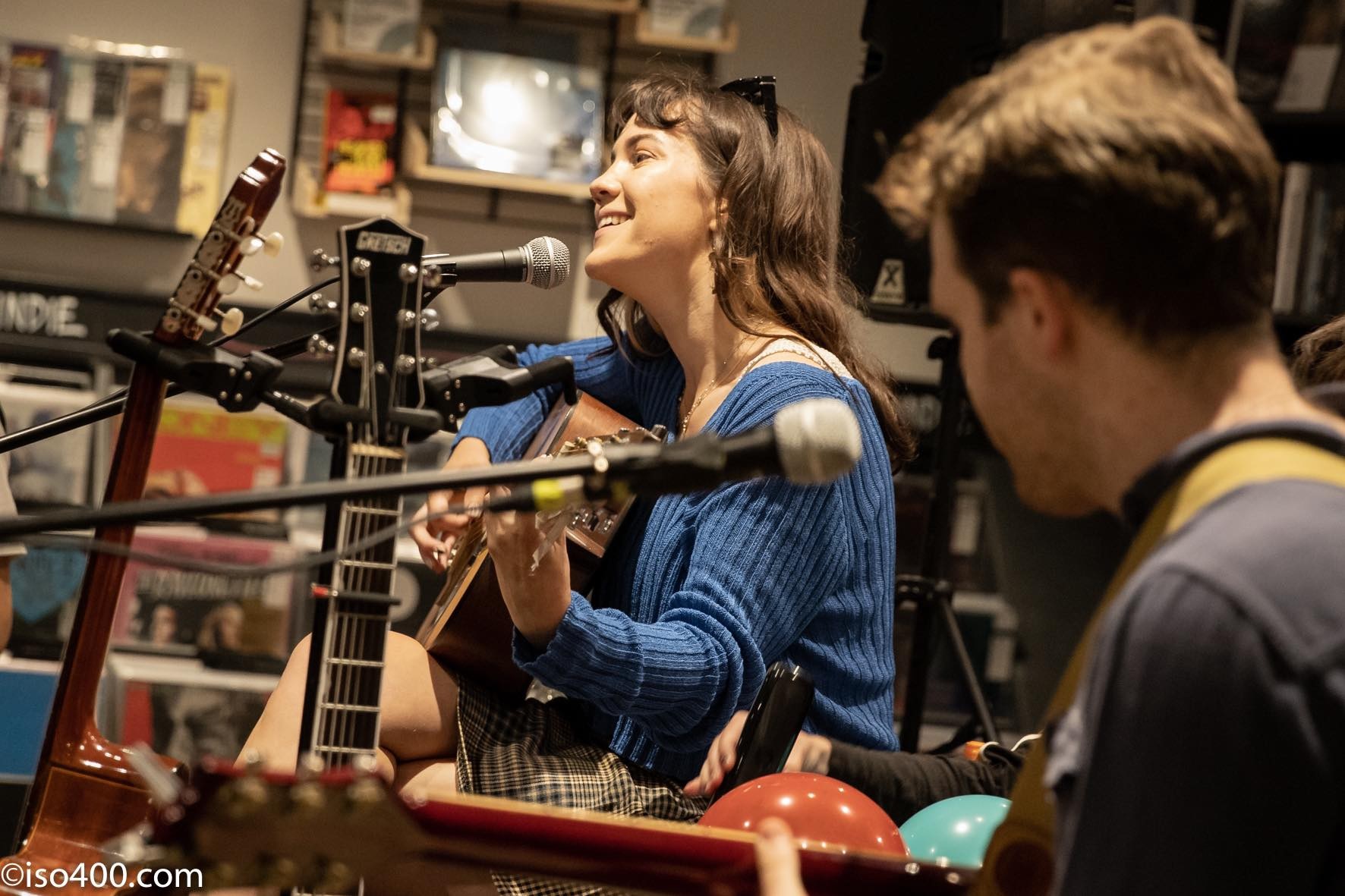 She was joined on the counter/stage by Irish born, Brighton based guitarist and producer Christopher Mathewson. Standout songs of the performance were the above mentioned ‘Co Op’ and her new single ‘Red Light Heaven’, which is one of the rockier numbers on the album, or as rock as a nu folk singer gets, her words not mine!

The set finished after about forty minutes and a short album signing session followed plus some free chocolate birthday cake for anybody that wanted some. Bess Atwell will be back in Brighton for a full gig on 4th December at Patterns. You can check out the purchase options for that HERE, which can also include the choice of adding ‘Already, Always’ on vinyl or CD with your ticket. 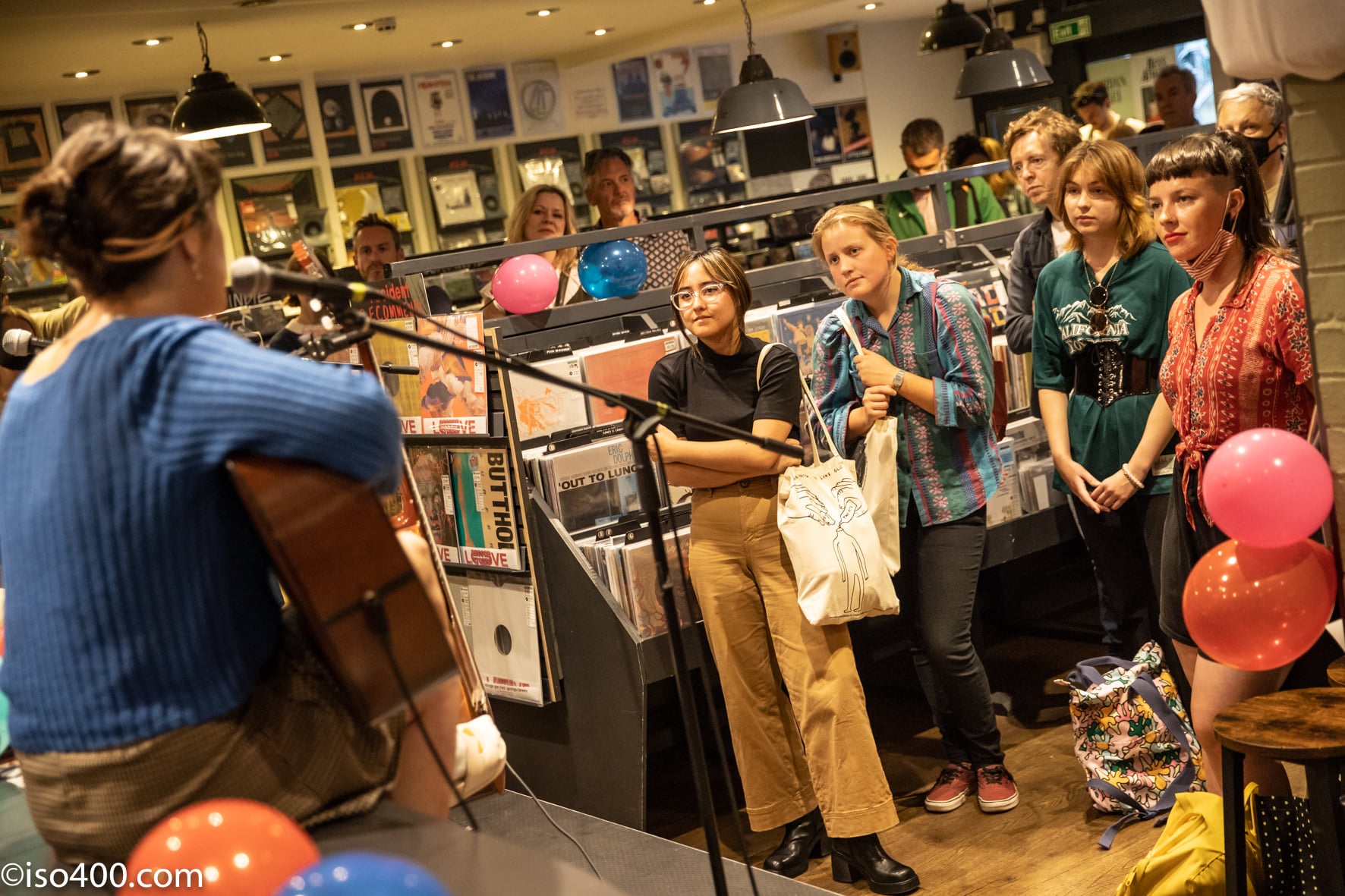 This evening’s setlist:
‘All You Can Do’
‘Co Op’
‘Love Is Not Enough’
‘Red Light Heaven’
‘Time Comes In Roses’
‘How Do You Leave’
‘Nobody’ 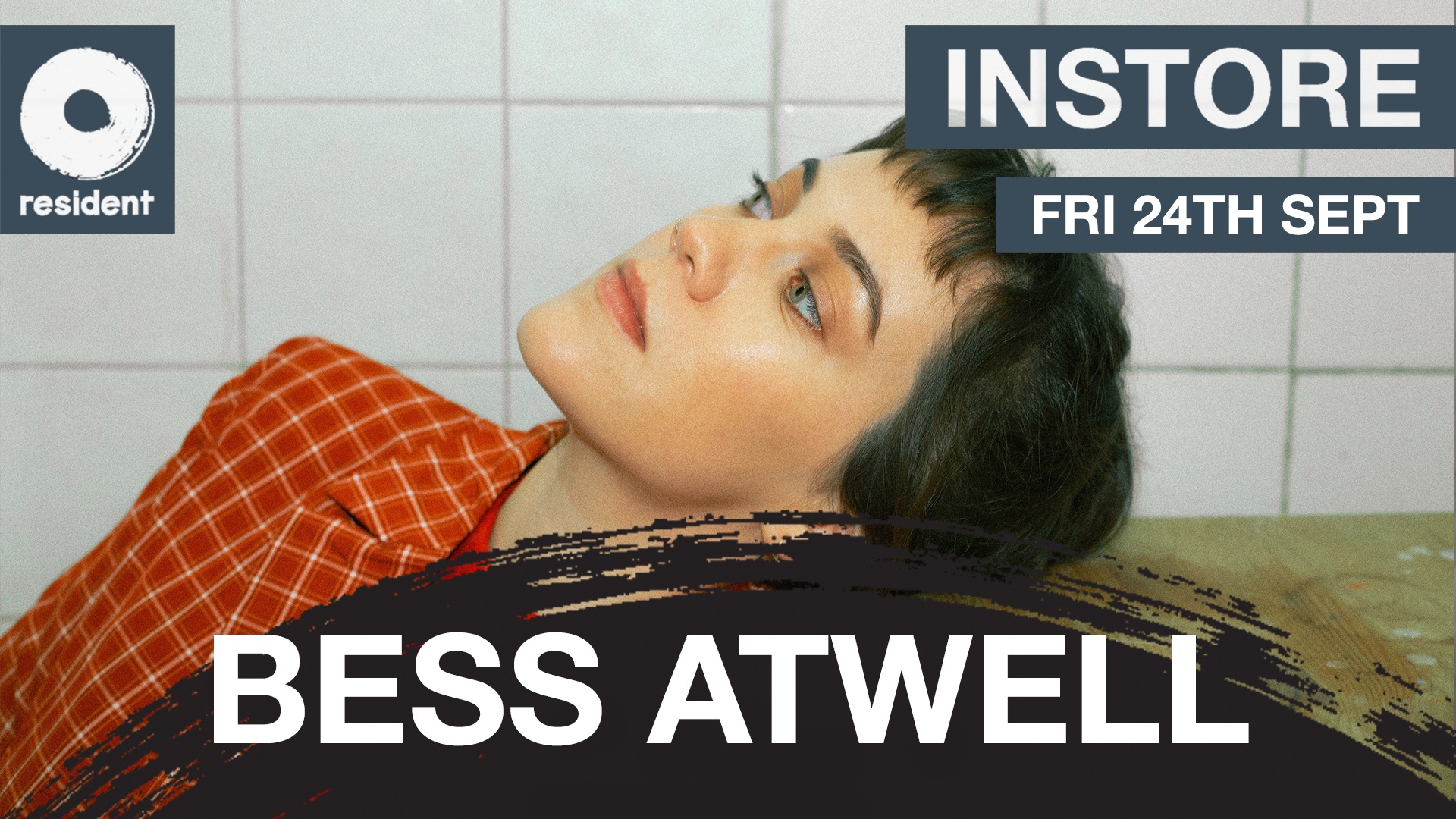