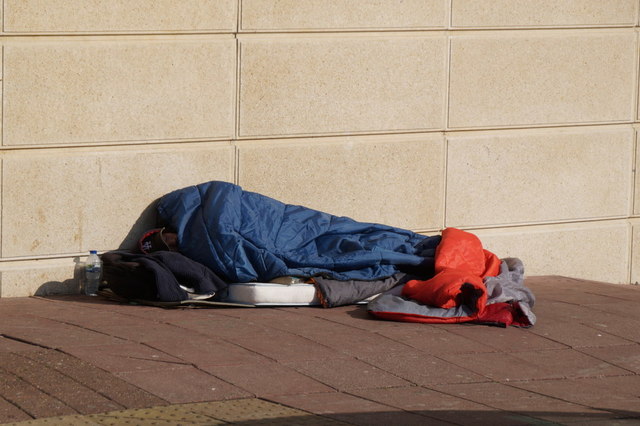 Lost income and the cost of housing hundreds of rough sleepers is helping push the council towards a £5 million overspend, just halfway through the financial year.

A report before next week’s Policy and Resources Committee shows the city council expects to go £4 million into the red on its general fund budget, largely due to pandemic pressures.

Overspends of more than a million are also forecast on housing and schools – but an underspend of nearly £4 million on the capital budget is expected.

The committee is asked to agree to spend £1.6 million of the Contain Outbreak Management fund to cover the extra cost of supporting homeless people and housing rough sleepers during the pandemic.

At least an extra £1 million is also expected from the government to cover support for rough sleepers – but even with these two cash injections, a overspend of £632,000 is forecast.

The report going before the committee said: “The committee are advised that some aspects of the forecast remain challenging to assess in terms of the potential ongoing impact of the pandemic on the local economy, visitor activity and the associated demands this can place on services.

“For example, cessation or changes in eviction legislation, furlough, Universal Credit top-ups and/or other covid support could have significant financial implications.”

The £4.159 million overspend on the general fund covers a wide variety of council services, corporate budgets and central support services.

Emergency hotel accommodation for homeless people is one of the biggest demand-driven financial pressures the council faces.

The report said that although it should have moved all the former rough sleepers currently in emergency accommodation into more permemant housing, this has had a knock-on effect on other homeless people because of a lack of accommodation.

And more rough sleepers are in need of council help all the time, which means plans to stop using hotels will not now be possible, with 136 rooms forecast to be needed until the end of March next year.

The report adds: “The service is currently experiencing high demand in its supported accommodation which means that move-on options for those in hotels are limited.

“The current costs of this service are high with an average gross cost of approximately £80 per person, per night due to the high costs of damages and repairs, security costs and food.”

The Environment, Economy and Culture directorate has lost some of its income as it raises money through parking, planning, venues and the council’s commercial property portfolio, which has been hit by the pandemic.

The council tax collection fund is forecast as nearly £900,000 in the red.

More than £3 million of this years £10.7 million savings plan is also at risk, according to the report with a third due to covid-related pressure.

Last year the council finance boss initially predicted a potential £49 million black hole in the budget due to covid-19 spending on personal protective equipment (PPE), lost revenue and other unexpected spending due to the pandemic.

By the end of the year the overspend on the general budget became a £4.8 million underspend, with money going back into reserves to cover previous borrowing.

The Policy and Resources Committee meets from 4pm at Hove Town Hall on Thursday 6 October.

Its meeting is scheduled as a webcast on the council website.