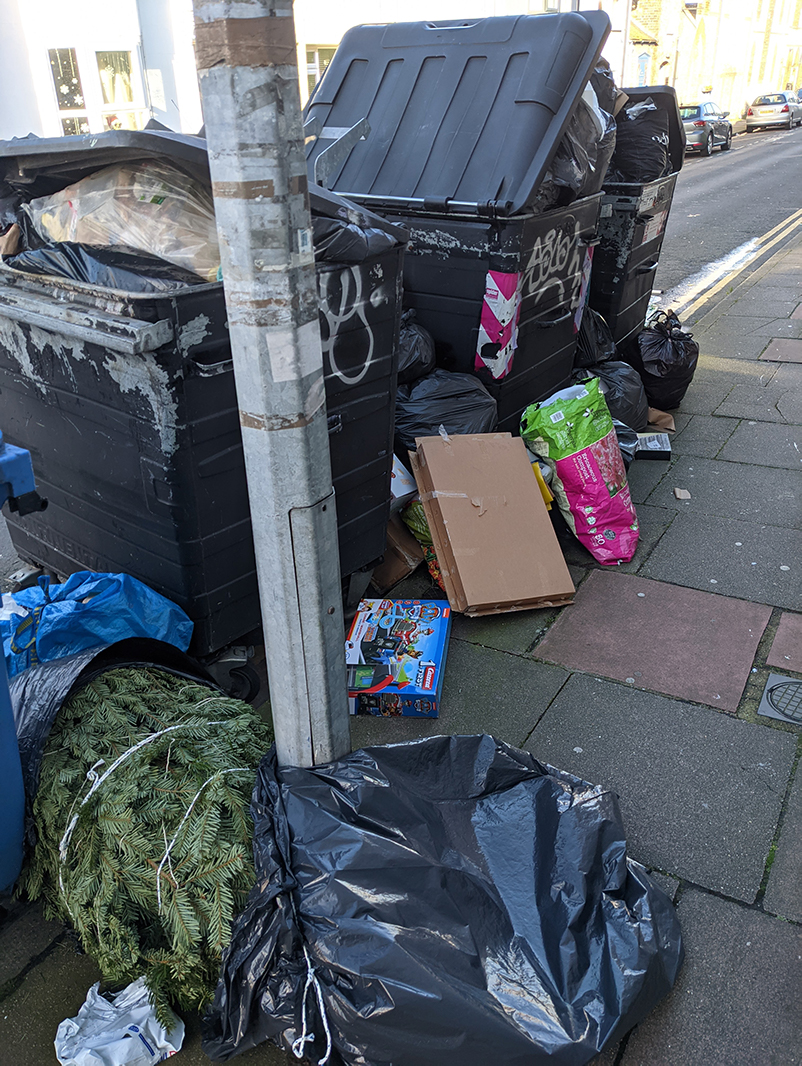 Plans to introduce more communal bins in Brighton and Hove have been put on hold indefinitely.

And in the summer, streets in the Southern Cross area of Portslade, streets south of the railway line between Dyke Road, Montefiore Road and Davigdor Road, West Hove along Boundary Road, Portland Road and Westbourne Street, Hove Park Villas and Queen’s Parade, in Hangleton were due to be asked if they wanted the big bins.

But because of the “intense pressures” Cityclean is under, all these consultations have been indefinitely put on hold.

Meanwhile, one of the few communal bins in Hanover, which has attracted regular fly-tipping just inches away from residents’ front door, has finally been moved.

The Washington Street bin opposite the convenience store has been moved round the corner to Jackson Street, away from front doors.

Rubbish is still being dumped where it used to stand.

One Hanover resident, whose lives in a corner house next to a potential communal bin spot, is relieved the rollout has been put on hold – for now.

She said: “I have been really worried about this. Our road is so narrow the bins will be inches from someone’s front door or window which seems so unfair.

“On streets like these which are a solid terrace of houses there is no where to put a huge skip that wouldn’t have a horrible impact on the unlucky house it is put outside.

“I used to live in Kemp Town and thought they worked well as the roads and pavements are so much wider and the houses are also set back from the pavements.

“I can’t believe the person who came up with this idea can be familiar with how narrow our roads are the fact our windows and doors open directly onto such narrow pavements.”

A council spokesperson said: “We would like to apologise to residents for the delays to our plans for putting more communal bins in their area.

“Our Cityclean team is under intense pressure due to the pandemic, the national HGV driver shortage and the difficulties in recruiting agency staff.

“We are having to focus all our resources on the delivery of core services. Unfortunately this means we cannot currently say when the planned Hanover-wide consultation will take place.

“We will not make any changes before we have consulted residents on them.

“However, there are issues specific to the communal bins trial in Washington Street that we are seeking to resolve as soon as possible.”