Bin strike latest: Council chiefs may call in outside arbitrators

Outside experts may be called in to try to resolve the strike by bin lorry drivers at Brighton and Hove City Council’s rubbish and recycling service Cityclean.

The prospect is among the options set out in a report to senior councillors before a special meeting of the council’s cross-party Policy and Resources Committee.

The committee is made up of four councillors from the Green administration and six opposition councillors – four from Labour and two from the Conservatives.

Chief executive Geoff Raw is expected to ask the committee for “a clear negotiating steer” as he and his colleagues try to settle the dispute with the GMB union. Read what the GMB said about the dispute here.

His report said: “If the dispute is not resolved quickly the council will consider engaging third party support to support all sides of the dispute in reaching a resolution.”

The options include calling in independent external arbitrators from ACAS (Advisory, Conciliation and Arbitration Service) or a mutually acceptable outside expert, as has happened before.

Mr Raw’s report gives the council’s side of the dispute which has brought the threat of strikes continuing into the middle of next month.

It said: “The current dispute follows representations from GMB officials with respect to the movement between rounds of HGV drivers on resident and business refuse and recycling services.

“The ballot paper (cited) ‘failures to follow council policies and procedures regarding HGV drivers, and resulting in unilateral decision-making around variations of duties, crew changes, planning for collecting of dropped work and the accumulating resultant effect and toll on drivers’ health and wellbeing and associated issues within the refuse, recycling, com-bins and trades waste’.

“The local management team, supported by the executive director for environment, economy and culture, have sought to address trade union concerns to avert escalation to industrial action, through meetings over several weeks during which the issues were discussed, and suggested solutions offered.

“While it is our view that discussions to find a local management resolution were able to make progress, the GMB balloted their members for industrial action and following a ballot have undertaken strike action and have announced further strike dates to (Sunday) 21 November 2021.

“This industrial action has affected all areas of the city and is most evident where residents and businesses are unable or have chosen not to retain their waste on their property and premises.

“To reduce the risk of the dispute further escalating while constructive negotiations are in play, the council has sought to minimise flash points.

“The council has communicated directly with GMB representatives as the main point of contact and has not publicly issued its detailed offers to affected staff. 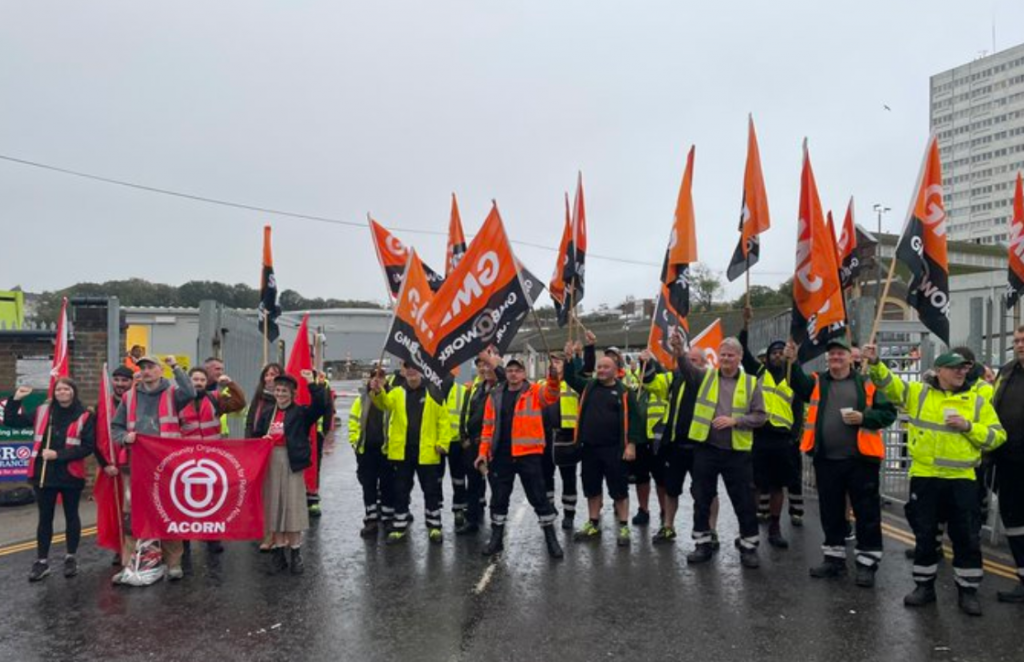 “While the dispute and ballot centred around operational matters that managers engaged with the GMB to seek to address, there is now discussion focused on further issues such as pay.

“As is the convention of the council, employer’s ‘policy steers’ latterly have been sought by the officer negotiating team from the political administration.

“These have been discussed within the context of the council’s own industrial relations policies, protocols, and procedures.

“More recently it has been necessary to seek legal and financial advice which has prompted this report.”

The council’s legal and financial considerations are set out in a confidential “part 2” report.

Mr Raw’s report said: “There are two distinct elements concerning resolution of the dispute. The first concerns the ballot for industrial action which is primarily about the movement of drivers and allocation of rounds.

“Over the period of pandemic, there has been a greater need to change driver rosters on a more frequent basis due to drivers and loaders needing to self-isolate.

“Where absences cannot be covered by permanent staff, officers feel it is sometimes necessary to call on agency staff to ensure services to residents and business can be maintained.

“Securing agency staff has been particularly challenging during the pandemic and because of labour shortages, notably HGV drivers.

“On occasion a driver may be moved from their normal round due to performance issues. 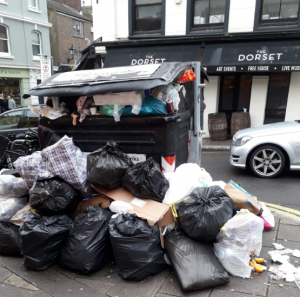 “A summary of the issues and how management have responded to them through the formal offer documents is below.

“Moving drivers due to performance concerns: Management have agreed to invoke formal procedures (disciplinary or capability) whenever it felt necessary to move drivers for performance, conduct or capability reasons.

“Prior to any formal action, an informal meeting / discussion and / or standard setting would take place.

“Drivers that have been moved will return to their rounds. This will be done in discussion with the individual driver so that any needs relating to that individual are addressed.

“Ensuring the drivers and their crew go out on the round they are allocated to: Management have agreed in the offer document that where all members of the crew, the driver and the vehicle are available to work, they will work the round that they are normally allocated to and not be moved to work on a different round.

“In circumstances where this does not happen, management will review the reasons why there was deviation from this.

“In circumstances where the round is not covered due to pool or agency drivers not being available, management will look to providing an additional loader for that round to support with catch up where there is capacity to do so.

“Management will also work with GMB reps to explore ways of improving the resilience of the communal bin rounds.

“Prioritising permanent staff over agency staff: Through the offer documents, management have acknowledged that drivers are contracted to work from 5am and 7am depending on which part of the service they work.

“Some drivers start work at 6am and on occasion agency workers who also start at 6am have been allocated to these rounds ahead of permanent operatives who start at 7am.

“Management have proposed that this issue is addressed in such a way that works for all permanent staff and which creates consistency with start and finish times.

“Management have proposed to undertake a review of this with GMB so that we can agree a solution that works for all staff.

“Rounds being changed without consultation / following the agreed process: Management agree that round changes should only happen following a meeting with the crew and union.

“They have proposed in the offer documents that this meeting will be carried out by operations managers (ie, team leaders, operations managers or head of operations) and that where round changes are being considered, management should engage with staff at an early stage of the process.

“During the negotiations and after industrial action commenced, the GMB raised additional issues not covered in the ballot and this second element concerns pay and grading.”

Further details of the pay and grading issues have not been published but appear in the confidential “part 2” report to councillors.

The meeting is due to start at noon tomorrow (Tuesday 12 October) at Hove Town Hall.