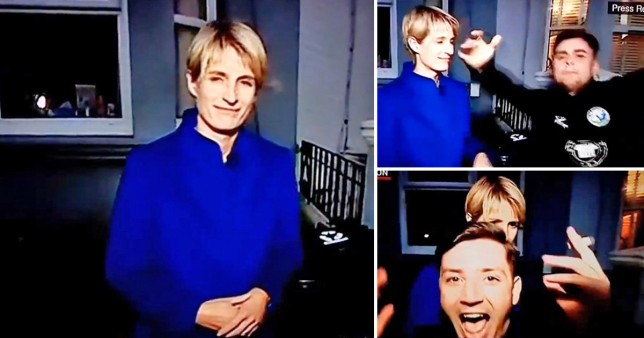 Police have appealed for help in identifying three men who abused a TV reporter as she broadcast from a Brighton street.

Fiona Irving, from BBC South East Today, was speaking to camera in Roedale Road near the Hollingbury pub in Brighton shortly after 6.30pm on Tuesday 5 October when several young men jumped in front of the camera and shouted abusive and offensive comments.

They then ran off. Nobody was assaulted and there was no damage.

Police today said an investigation is underway to identify and trace the men with a view to potential prosecutions under Public Order legislation.

If you saw what happened and have any information that could help identify these men please contact Sussex Police, either online or by calling 101, quoting serial 1293 of 06/10.