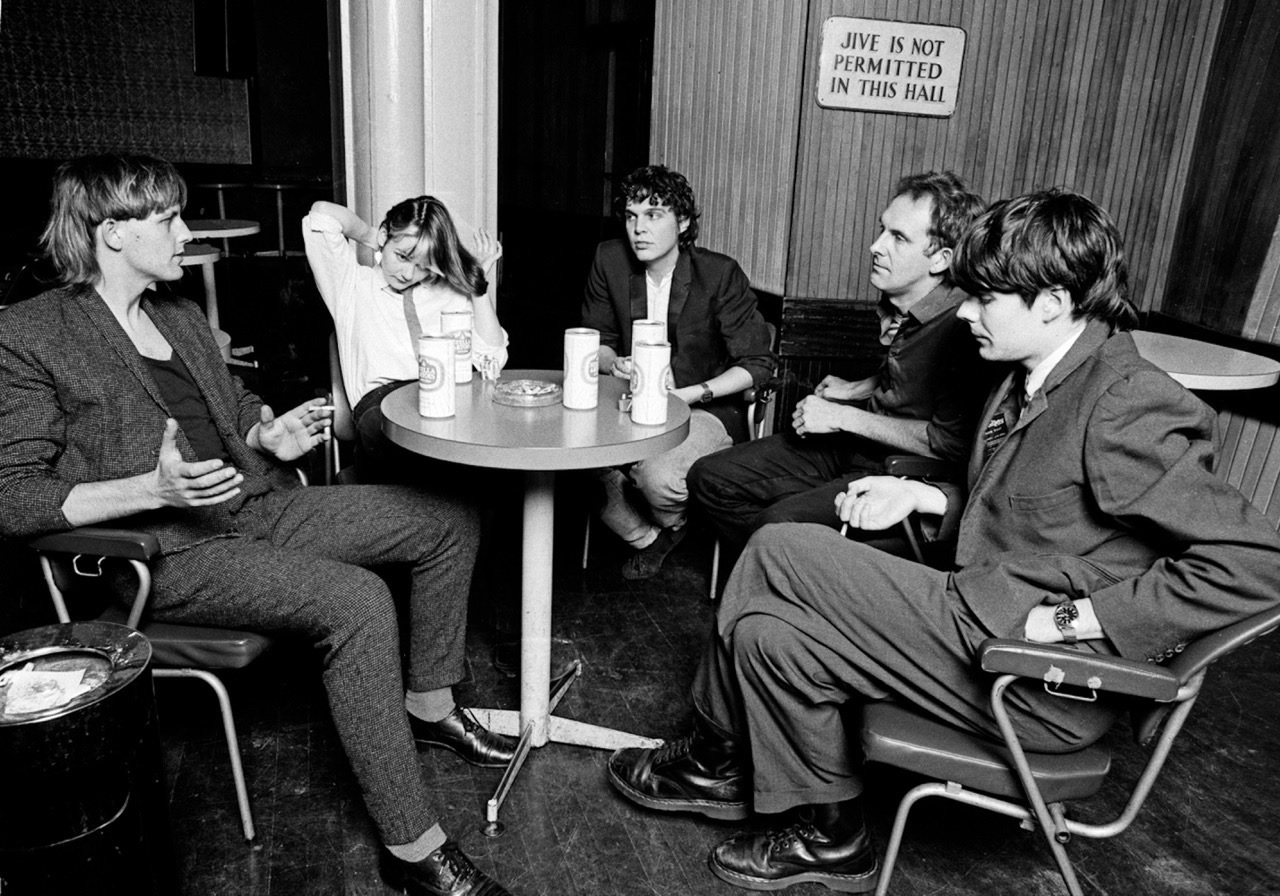 Red Guitars are heading to Brighton

Red Guitars – one of the finest and most successful bands to come out of Hull – have reunited! Planning a series of UK shows with their complete and original line-up, the band will be hitting the road for a run of UK shows in 2022.

Marking 40 years since their totemic first single ‘Good Technology’, the Yorkshire alternative/rock outfit will be hitting the road once again for seven UK dates throughout April next year, including a concert here in Brighton at the popular Green Door Store on the 28th. Tickets are on sale now (see below). 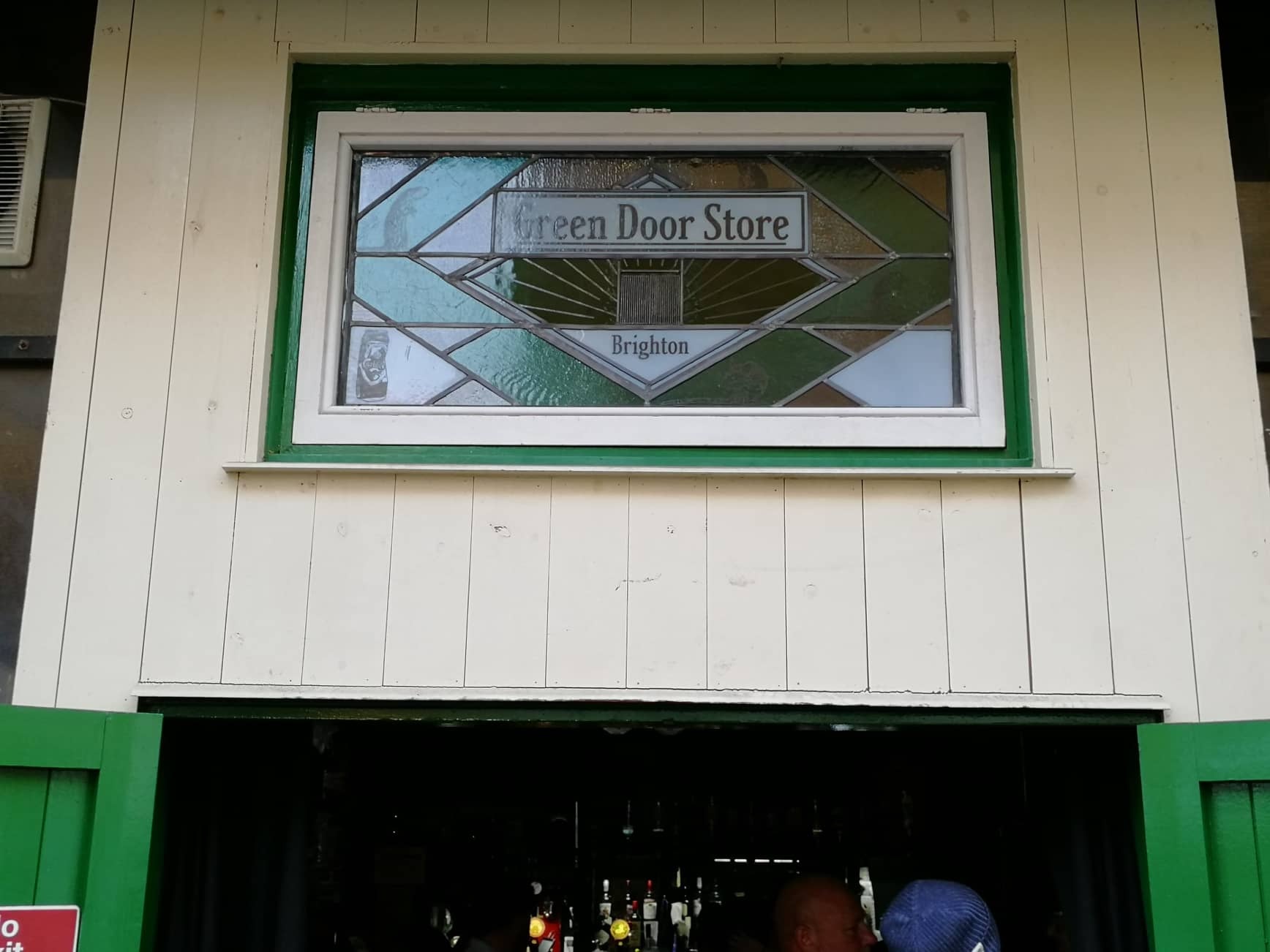 Red Guitars were formed around the pairing of Jeremy Kidd (vocals) and Hallam Lewis (guitarist). Initially cutting their teeth playing benefit shows for a series of left-wing causes, Red Guitars quickly built a loyal following, before launching an assault on the charts with a series of singles via their own Self Drive Records label that would see them earn a nationally renowned status. 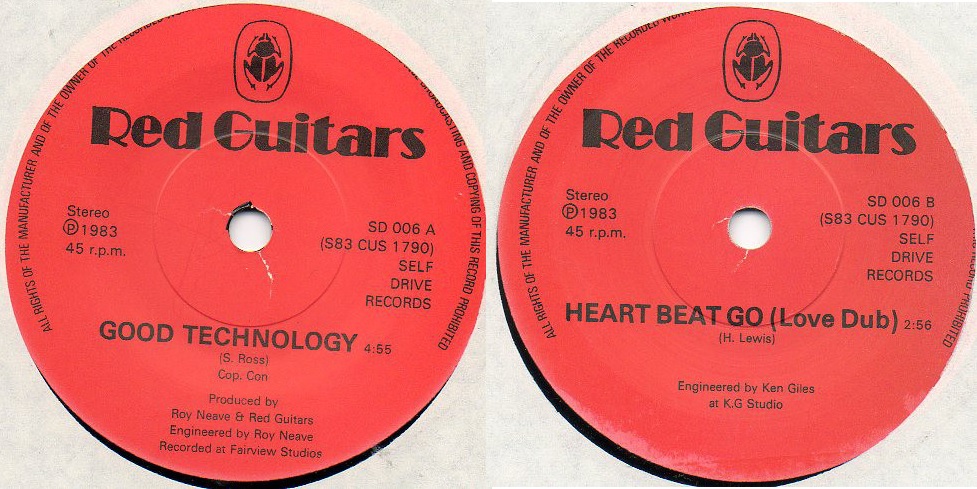 Proving an instant hit with their debut single, the quintet shifted an impressive 60,000 copies of their self-released ‘Good Technology’ single, before going-on to top the Independent Charts with consecutive No.1s with the classic cuts ‘Marimba Jive’ and ‘Steeltown’. 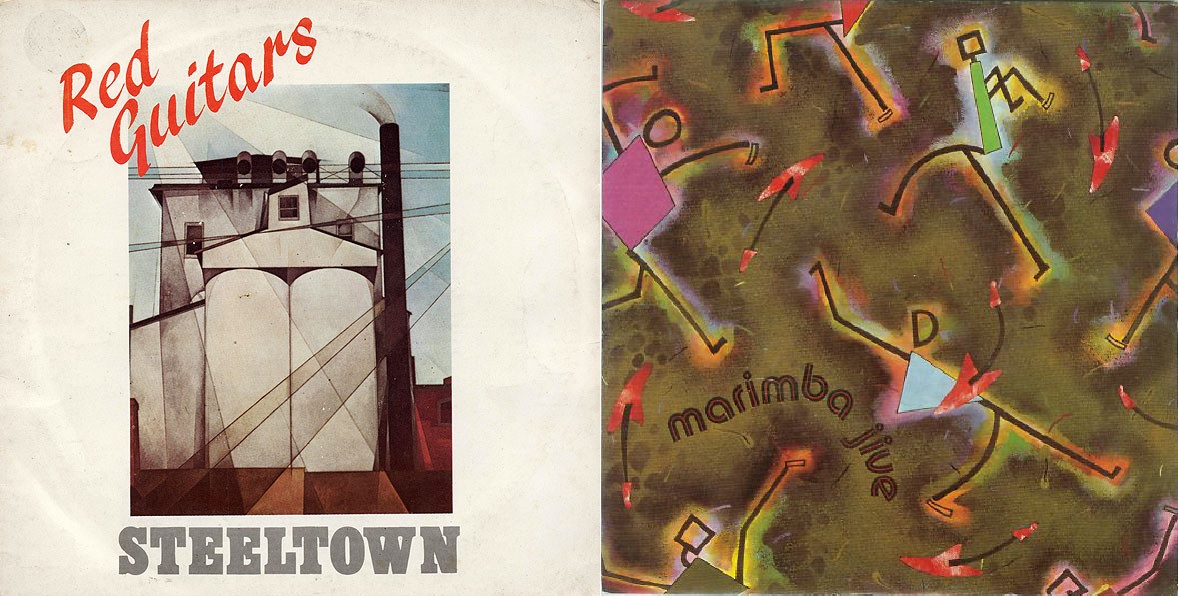 Forging their own sound with a unique mix of infectious rock and African rhythms, the band quickly earned support from the tastemaker titles of the time including cult 1980s Channel 4 music TV show ‘The Tube’ and the BBC’s ‘Whistle Test’, through to a number of memorable sessions for BBC Radio legend John Peel. The band were notably enjoyed by thousands when supporting The Smiths on their breakthrough tour too.
Releasing their seminal debut album ‘Slow To Fade’ in 1984, frontman Jeremy Kidd announced his departure soon after and Red Guitars ultimately disbanded completely two years later. 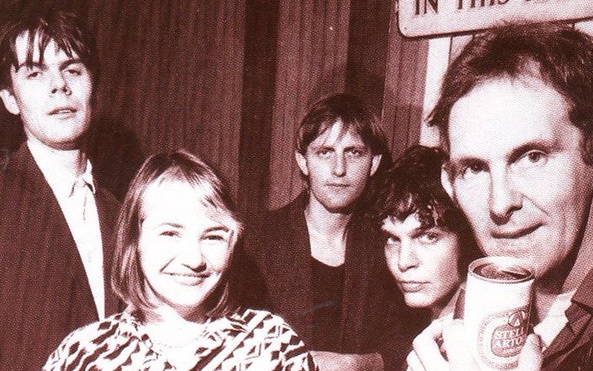 Fast forward to 2022 and Red Guitars are set to return with their complete and original line-up for what will be their first tour since their 80s prime. Featuring vocalist Jeremy Kidd, lead guitarist Hallam Lewis, drummer Matt Higgins, rhythm guitarist John Rowley and Lou Duffy-Howard on bass. They will be joined by old friend of the band Jos Allen on even more guitar.

Shedding light on why the time is now right for the return of Red Guitars and what fans can expect from the upcoming live shows, Lou Duffy-Howard of the band says:
“We were contacted by Steve Homer, CEO of AEG Presents who are a big worldwide event promotion company. They represent the likes of Nick Cave, The Who, Blondie, and festivals such as Coachella and The Eden Sessions. He asked if we’d be up for a tour. We thought about it and the answer was … yes!…. It will be great to play in cities where I have friends I haven’t seen for a while, Glasgow, and London amongst them, as well as the gig in our band hometown, Hull. We had so much to choose from including some new songs that we’ve jammed over the years. But it’s most likely that we’ll include all the singles and all the tracks from our album Slow to Fade.” 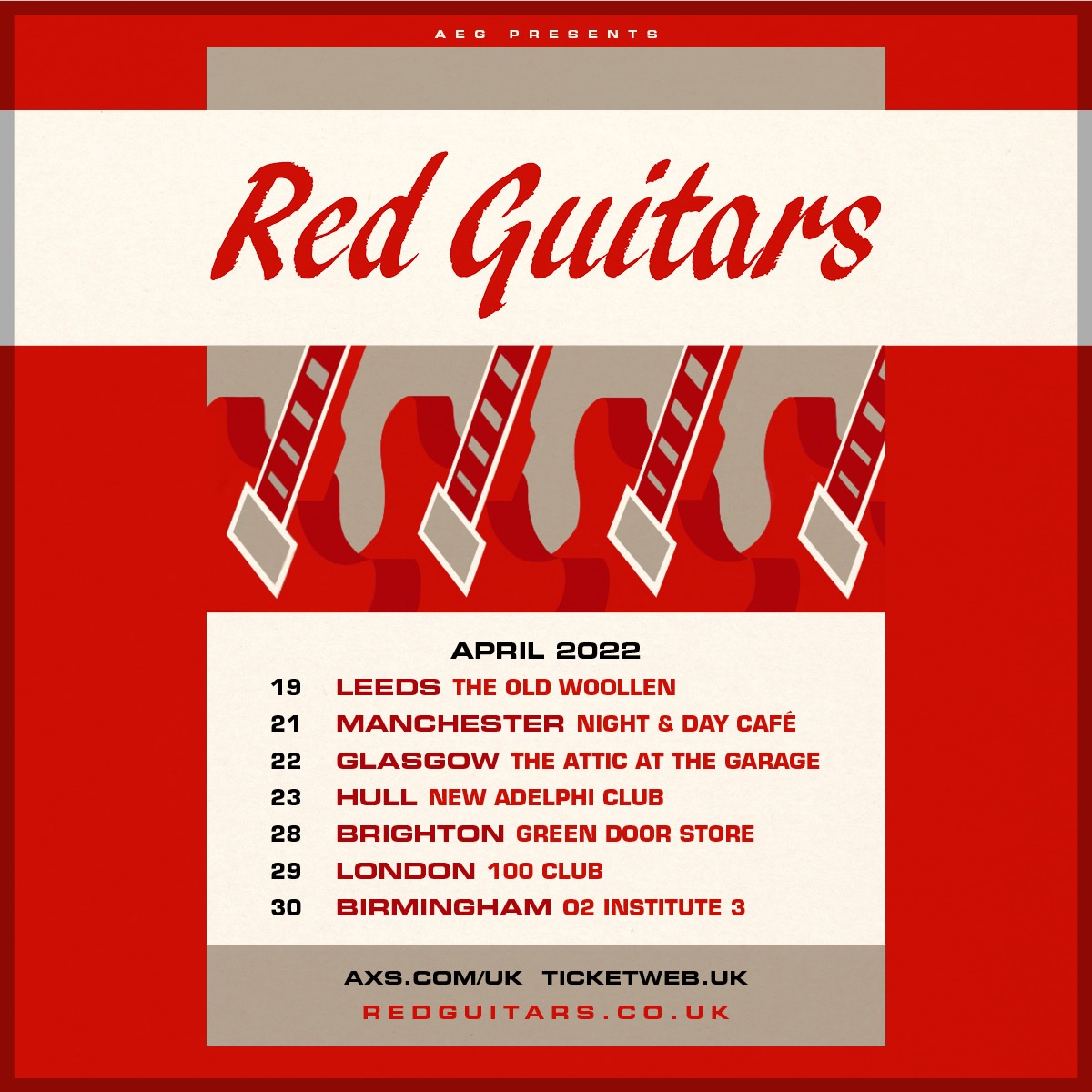