More women complain of ‘injections’ on nights out in Brighton

More women have complained of being injected while on nights out in Brighton, Sussex Police said this afternoon (Tuesday 26 October). 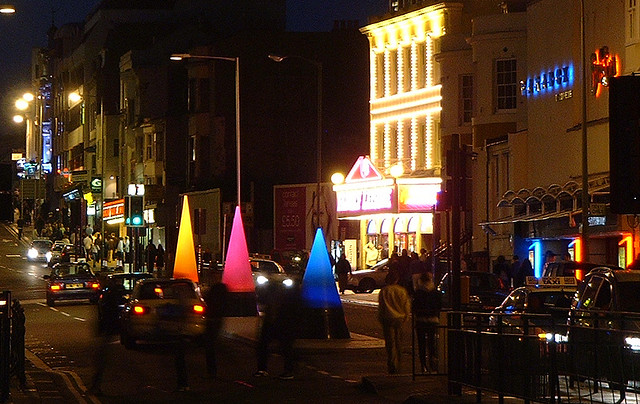 The force said: “Detectives in Sussex are investigating a number of reports of women being injected while on nights out during the past week.

“Two initial reports were received of women feeling unwell after nights out in Brighton on Tuesday 19 October and into the early hours of Wednesday morning (20 October).

“In the following days, four women reported having been injected while out in Brighton city centre.

“A woman in Eastbourne has also reported being injected on a night out in the town on Saturday (23 October).

“Detectives are supporting the women involved and carrying out thorough investigations into each incident and the series as a whole – and all viable lines of inquiry are being explored.

“Officers are increasing patrols as part of their continued work policing the night-time economy and will continue working closely with partners and licensed premises on initiatives to help keep people safe.”

Chief Superintendent Justin Burtenshaw, divisional commander for Brighton and Hove, said: “Everybody has the right to enjoy a night out in safety and we fully understand the concerns around these troubling reports, not only in Sussex but across the country.

“We have recently increased the number of officers making targeted, visible patrols around licensed premises such as restaurants, bars and clubs during the week as well as over the weekend.

“Our licensing teams also work with venues to raise awareness around spiking and regularly hold briefings with security staff prior to opening to make sure measures are in place to keep customers safe.

“Unannounced licensing checks throughout the night provide an additional level of support and if you see our officers out and about, please do speak to them – or licensed security staff – about any concerns or suspicious behaviour.

“Alongside our partners, we also support a Safe Space in St Paul’s Church, in West Street, a location where people who feel vulnerable or distressed can seek support.

“Please be assured that we take all reports incredibly seriously and ask anybody who believes they may have been a victim of spiking to let police or bar staff know as soon as possible so they can be tested before potential drugs leave their system and evidence can be gathered.

“Reports can also be made to police online, via 101 or by dialling 999 in an emergency.”