London Grammar stronger than ever 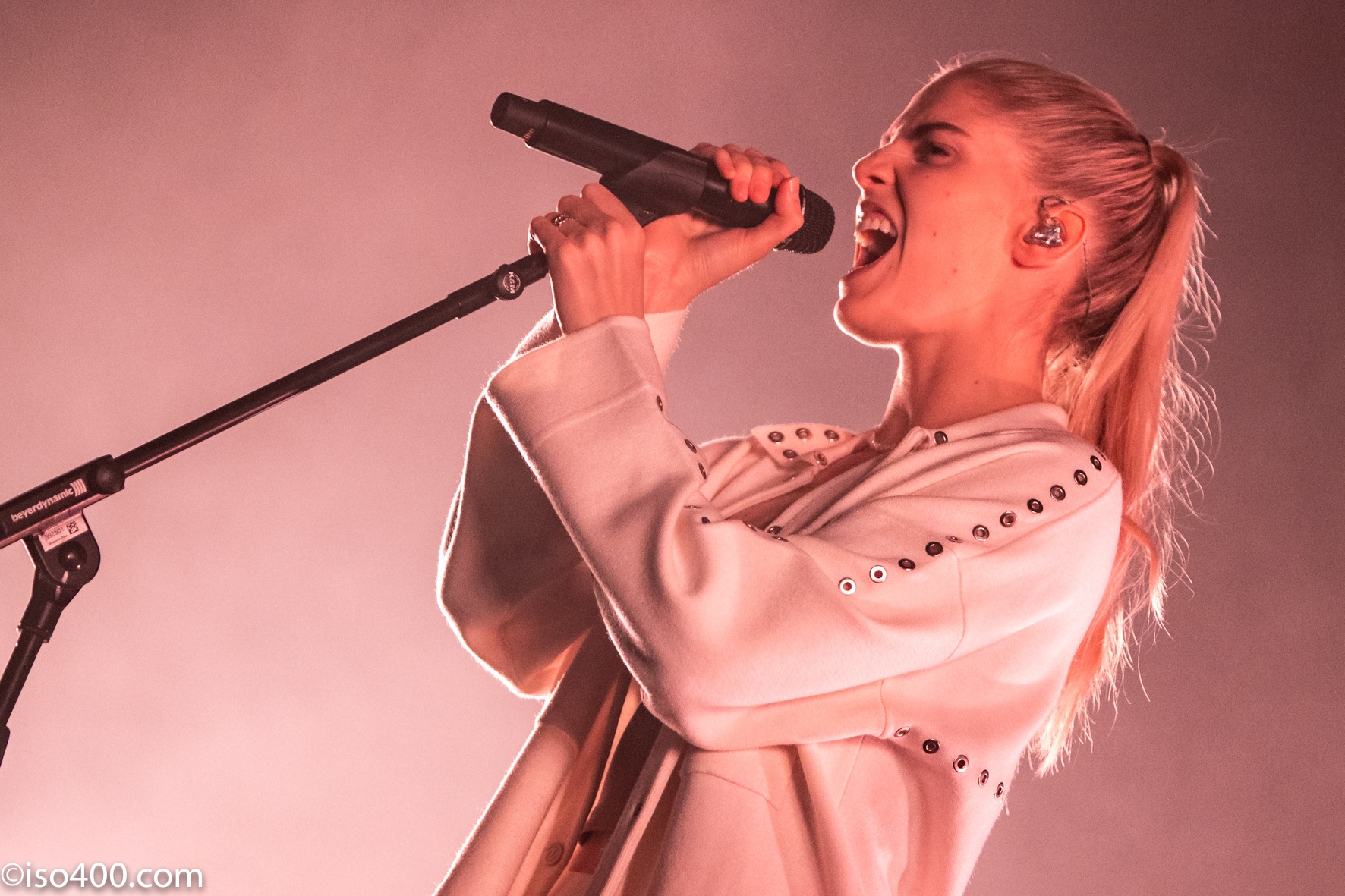 London Grammar are a trio consisting of vocalist and writer Hannah Reid, guitarist Dan Rothman and keyboard/multi instrumentalist Dominic ‘Dot’ Major. Reid and Rothman met at the University of Nottingham and formed London Grammar in 2009, the band’s name reflecting both their home city and its multicultural, cosmopolitan demographic. They were later joined by Northampton native Major a year later, and the trio moved to the capital after they had finished their studies in 2010 to pursue a career in music. 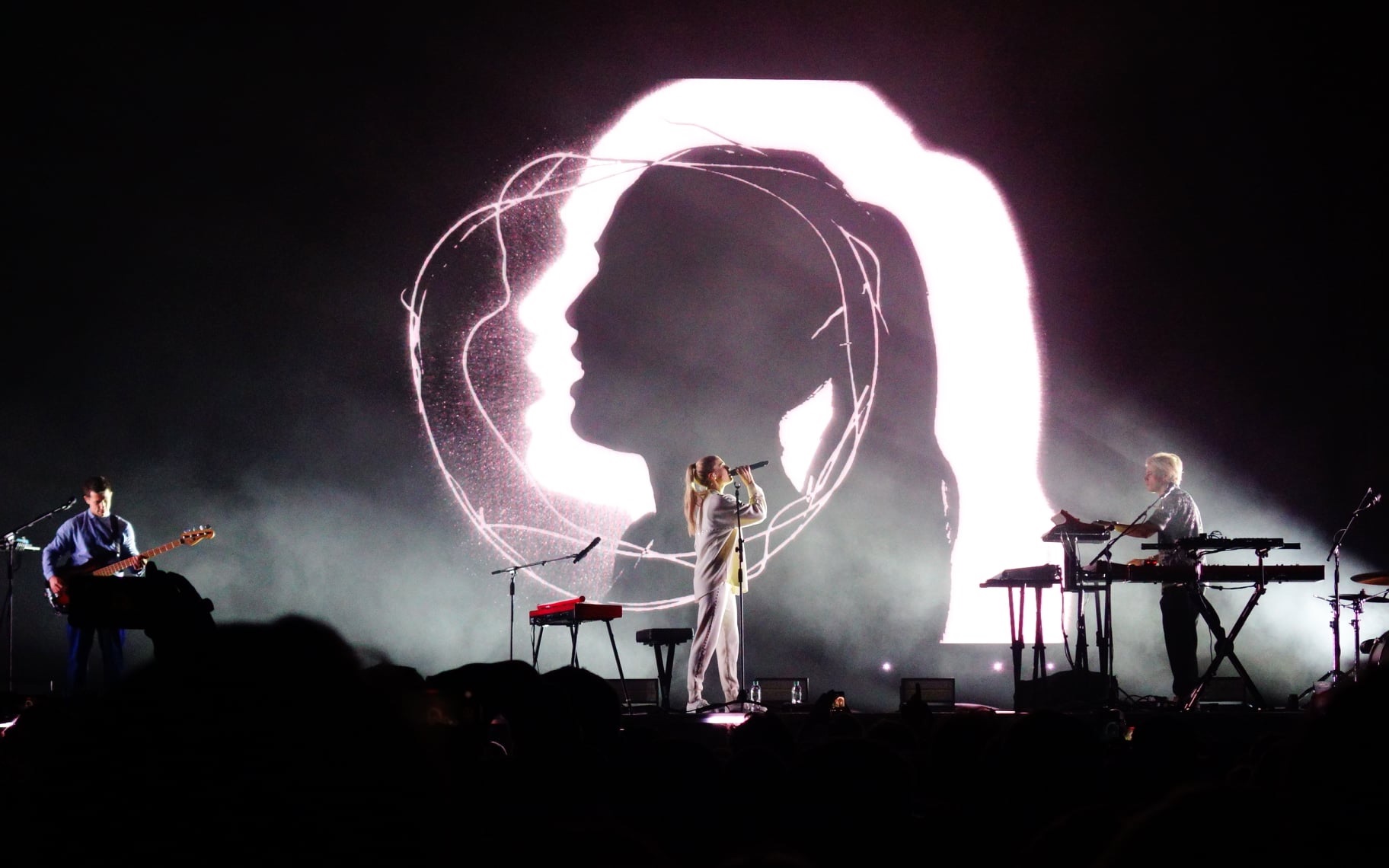 Since then, it’s all gone rather well. London Grammar are not really a singles chart band with their biggest hit single ‘Strong’ hitting number 16 in 2013, however, they have enjoyed phenomenal UK album success with their debut double platinum release ‘If You Wait’ arriving at number 2 and their two subsequent albums ‘Truth Is A Beautiful Thing’ and current release ‘Californian Soil’ topping the charts. This is a testimony to the consistency of their music and quality of the song writing. 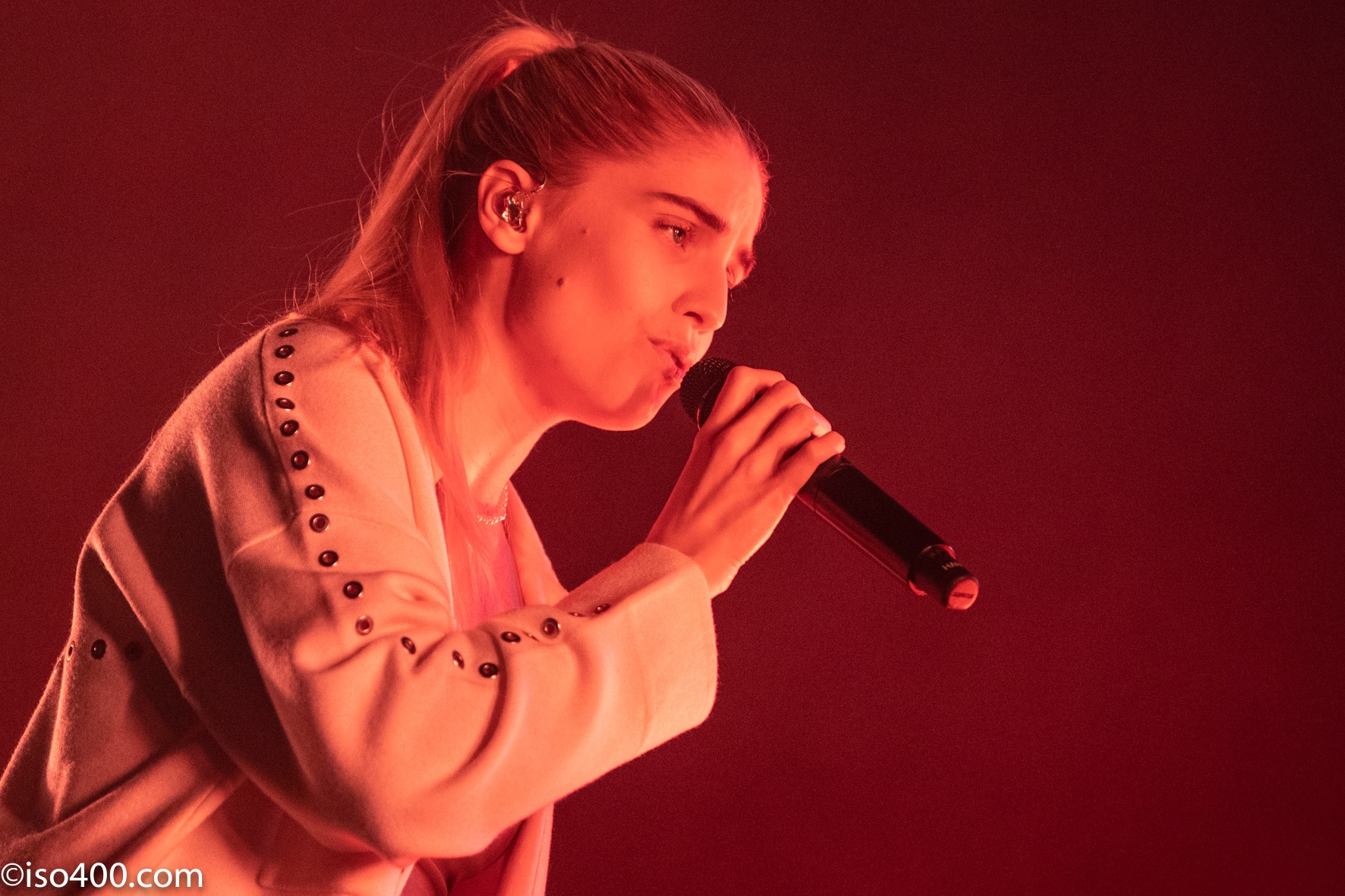 London Grammar arrived at the Brighton Centre as part of a UK wide Autumn tour in support of the ‘California Soil’ album finishing at Alexandra Place on 13th November. Next year, they will play selected dates as part of Coldplay’s worldwide stadium tour in 2022 including the final night at Wembley.

Unfortunately the billed support act Eloise reported as unwell at very late notice, leaving the band to hastily arrange a replacement. Step forward friend of the band and Jersey-based singer-songwriter Keiran Brown aka ‘KINGSY’ who was in the bar enjoying a drink before the performance unaware he would soon be performing to a rapidly growing crowd 15 minutes later.

With no notice, dressed in glamorous attire, platform boots and with little more than a mic and a PA, he did a great job in filling in despite forgetting a few of the words. Kingsy, a student at Brighton’s talent production line BIMM has a great voice, an engaging personality and is definitely one to watch.

KINGSY has recorded a track with Everbeing which is called ‘Reverie’, check it out HERE. 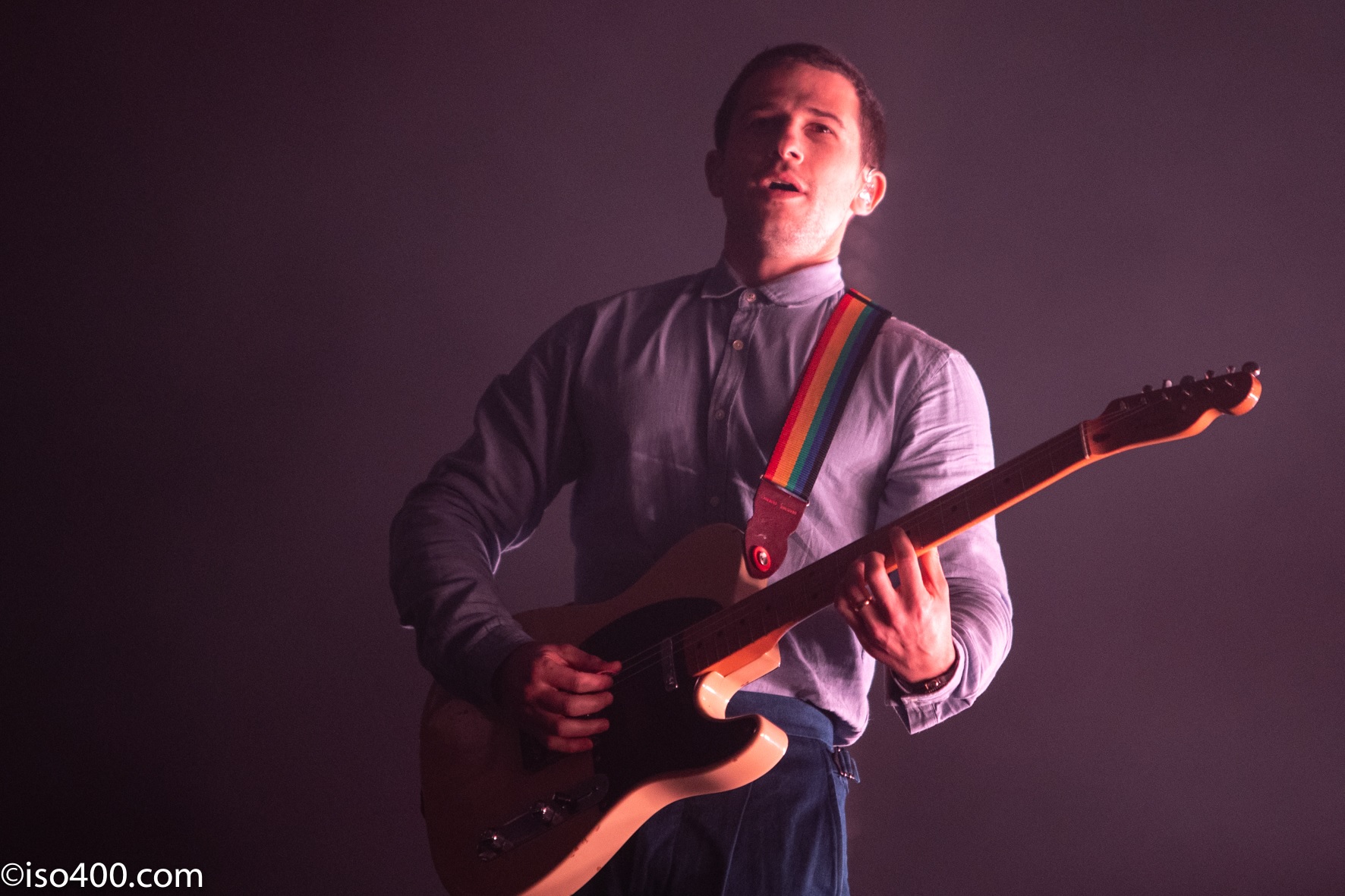 After a break, the lights darkened and London Grammar took to the stage, singer Hannah dressed in a striking white trouser suit. A dramatic ‘Intro’ (featured on the album) morphed into stunning opening number ‘Californian Soil’ with its sweeping soundscape and distinctive beats set against Reid’s angelic yet striking melodies. 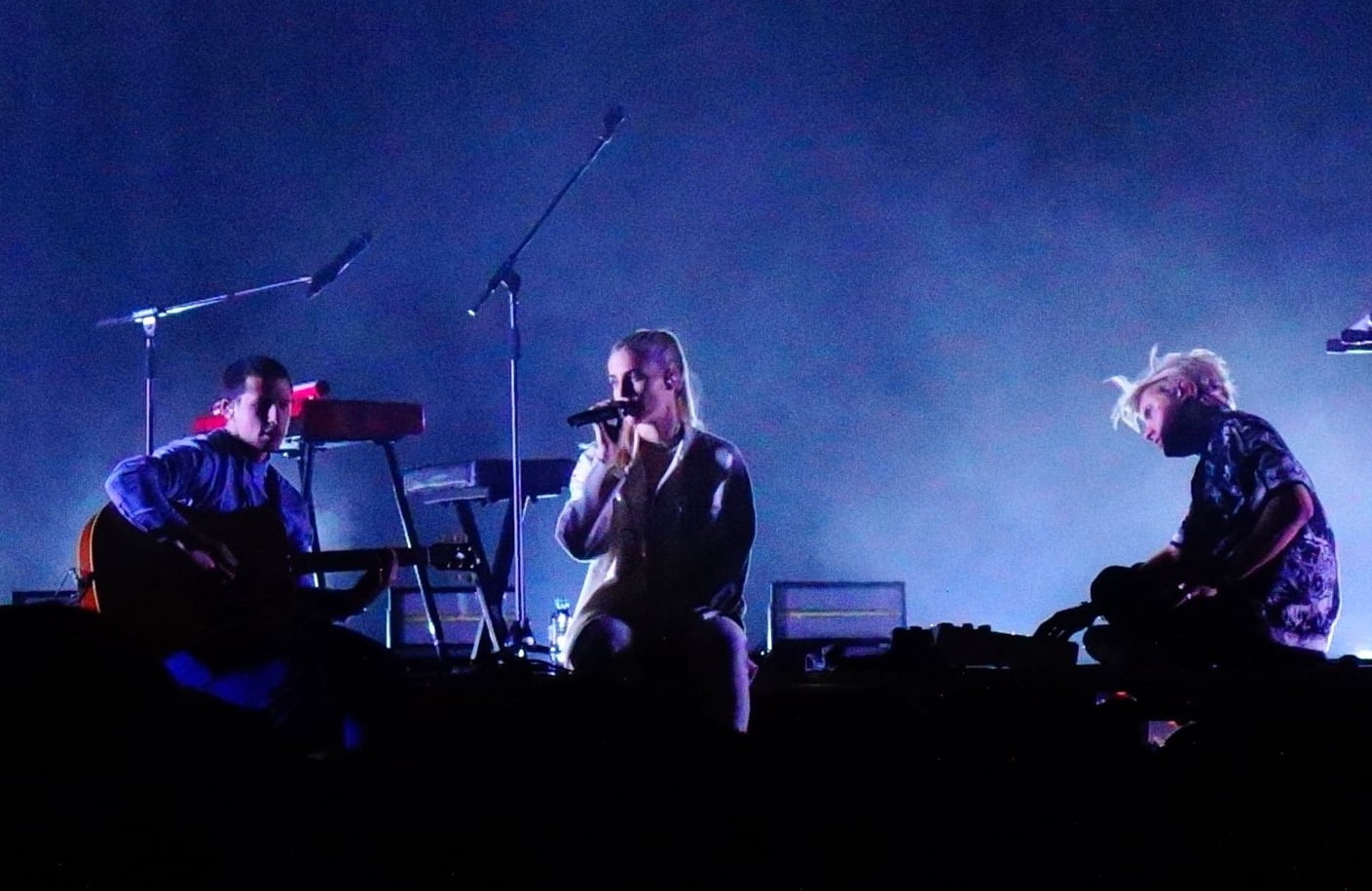 For the first few tracks, I’m not convinced the sound was quite right, possibly as a result of the late switch of support. This appeared to have been rectified a few songs in where the acoustics seemed much improved. Reid’s powerful and distinctive voice filled the venue and throughout the evening she demonstrated her impressive vocal range with considerable aplomb. 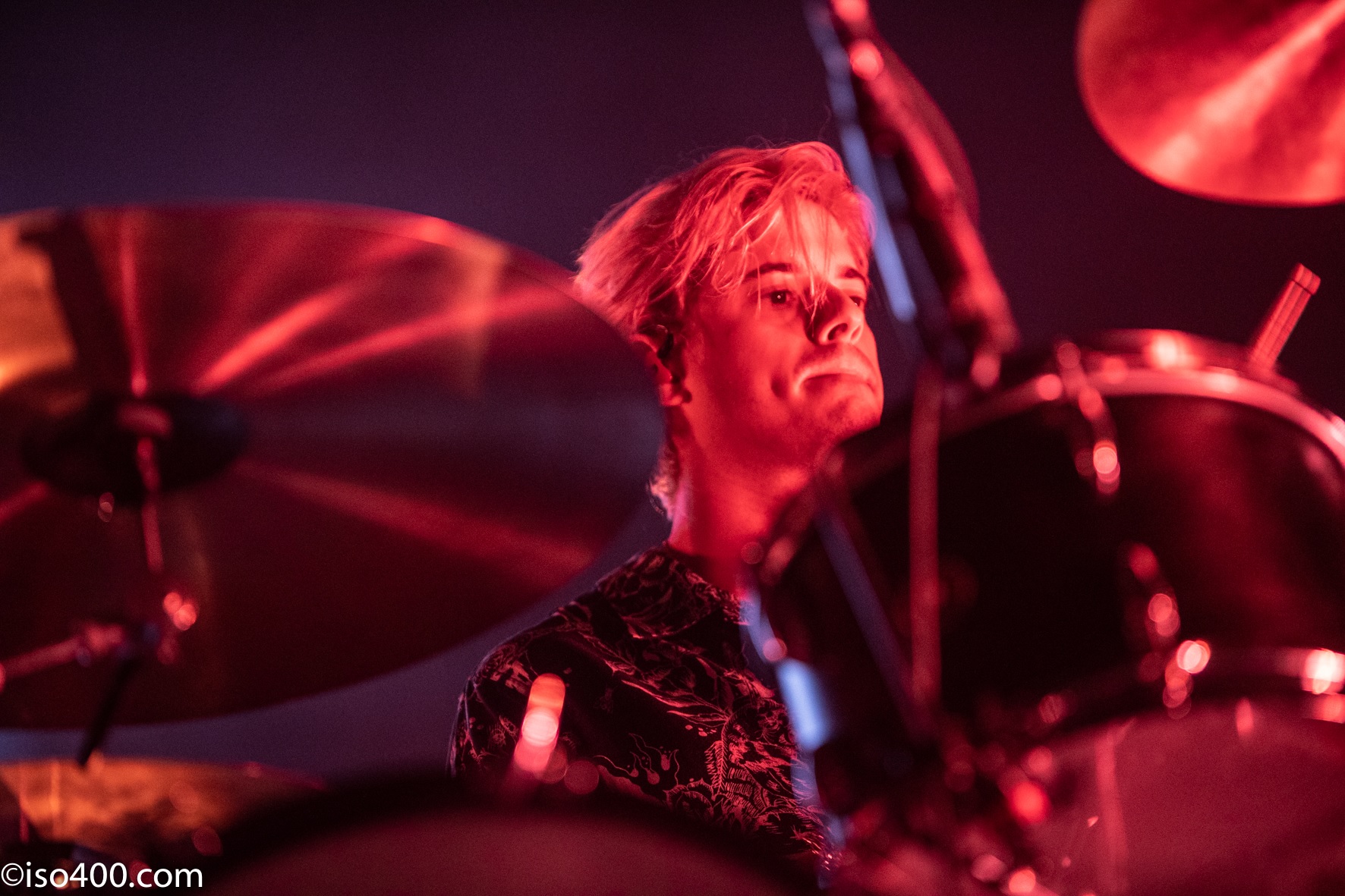 However, for me the highlights of the set were the more poppy and up-tempo songs introduced from the current album which sounded much more impressive live where the sound is showcased to its fullest extent. 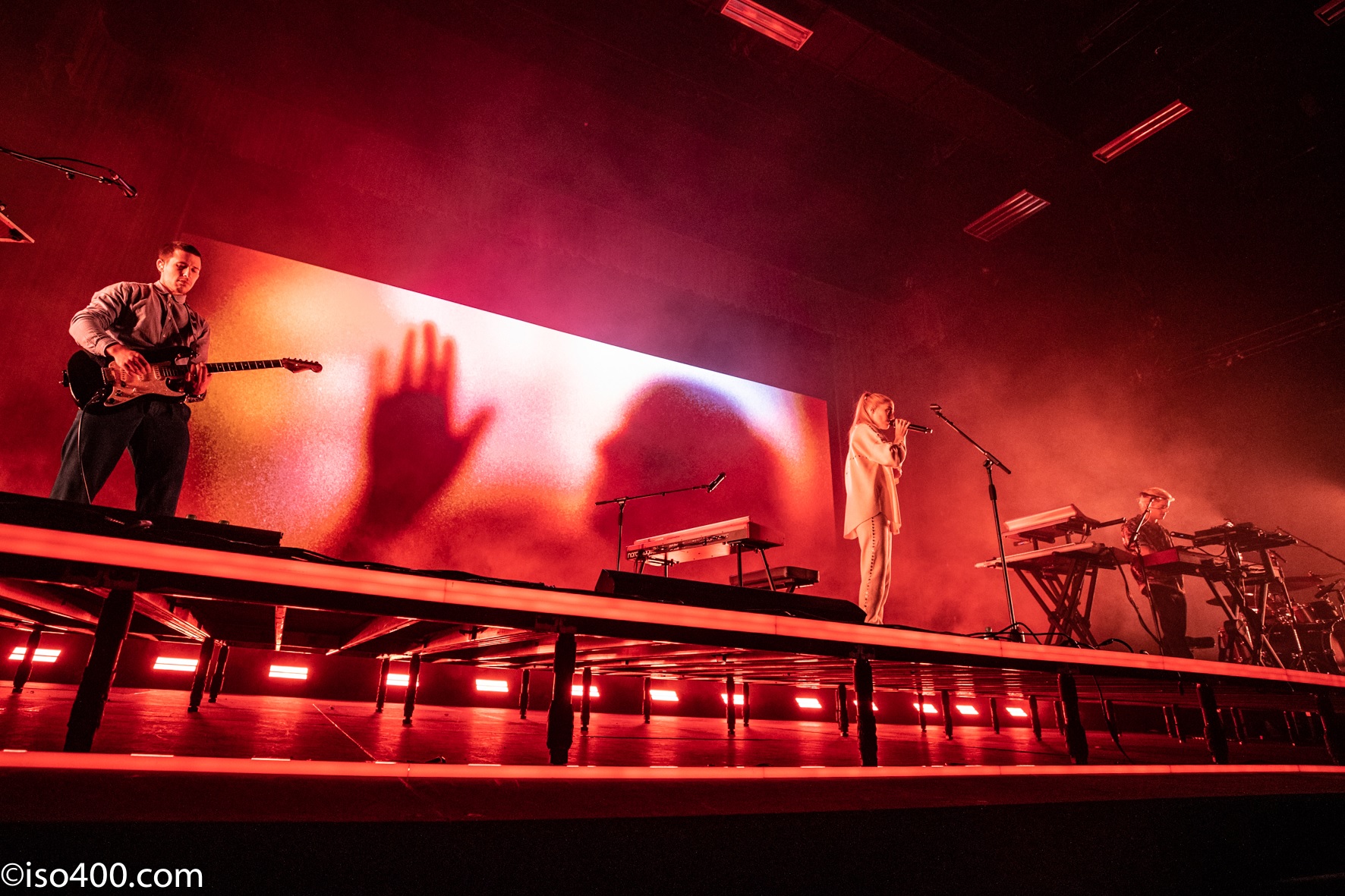 ‘Lord It’s A Feeling’ was amplified with spectacular projections and strobing effects, ‘How Does It Feel’ was superb and ‘Baby It’s You’ all of which mark a change of direction with the latter track being notably dance-worthy.

The set was closed out with a spectacular arrangement of ‘Lose Your Head’ , a real banger which saw Hannah step down into the crowd to get proceedings going and it had much of the audience dancing. It would not have been out of place as a floor-filler in a club, a real departure from their hitherto more understated material. 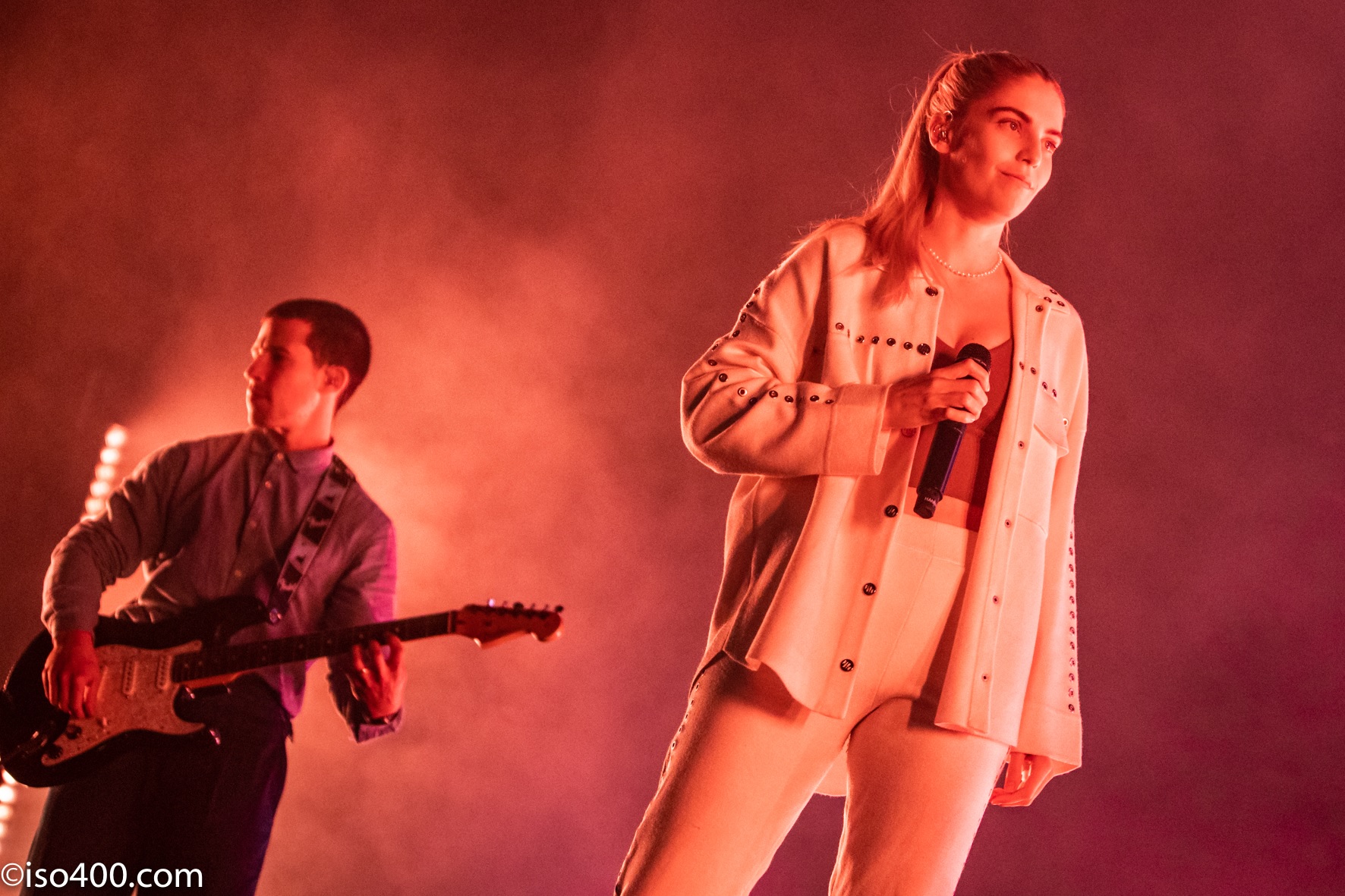 Visually, the set was fairly minimal with impressive arty digitally projected backdrops and strobe lighting but it worked nicely and provided a fitting backdrop for the trio to showcase the full extent of their talent.

All in all, it was a fabulous show from a band who have channelled a decade of experience into a more polished, diverse sound and the mixed-age Brighton crowd definitely appreciated the end results. 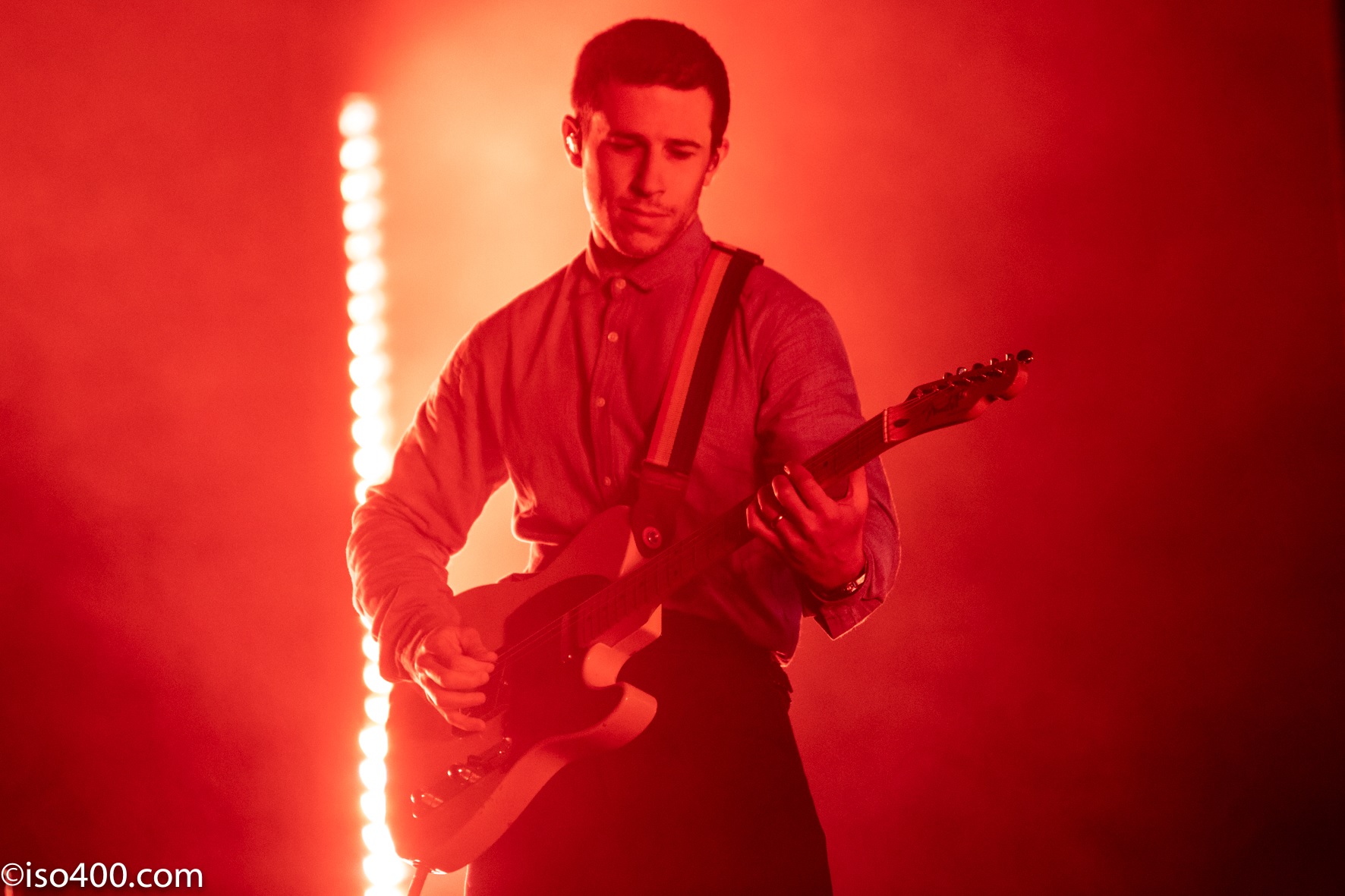 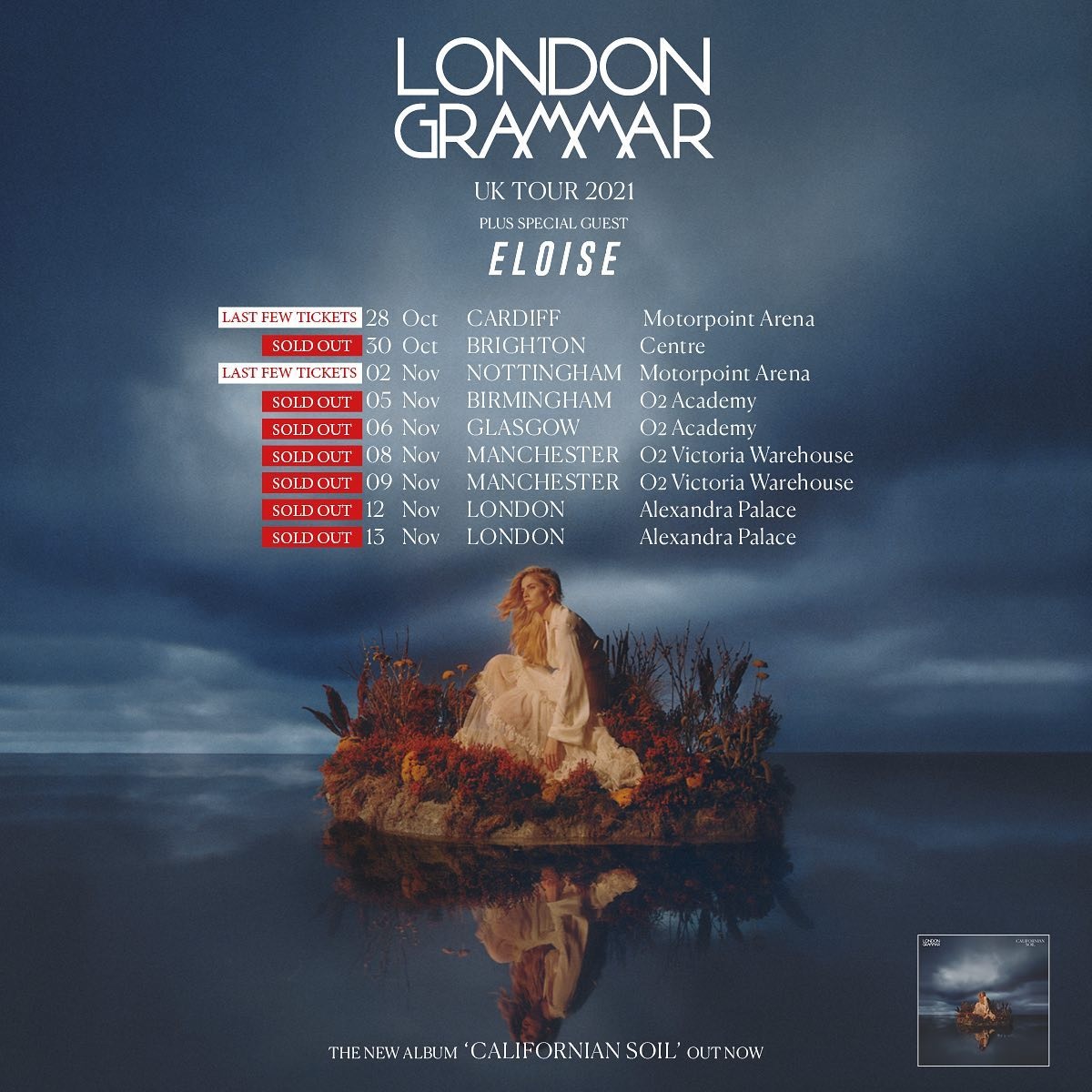