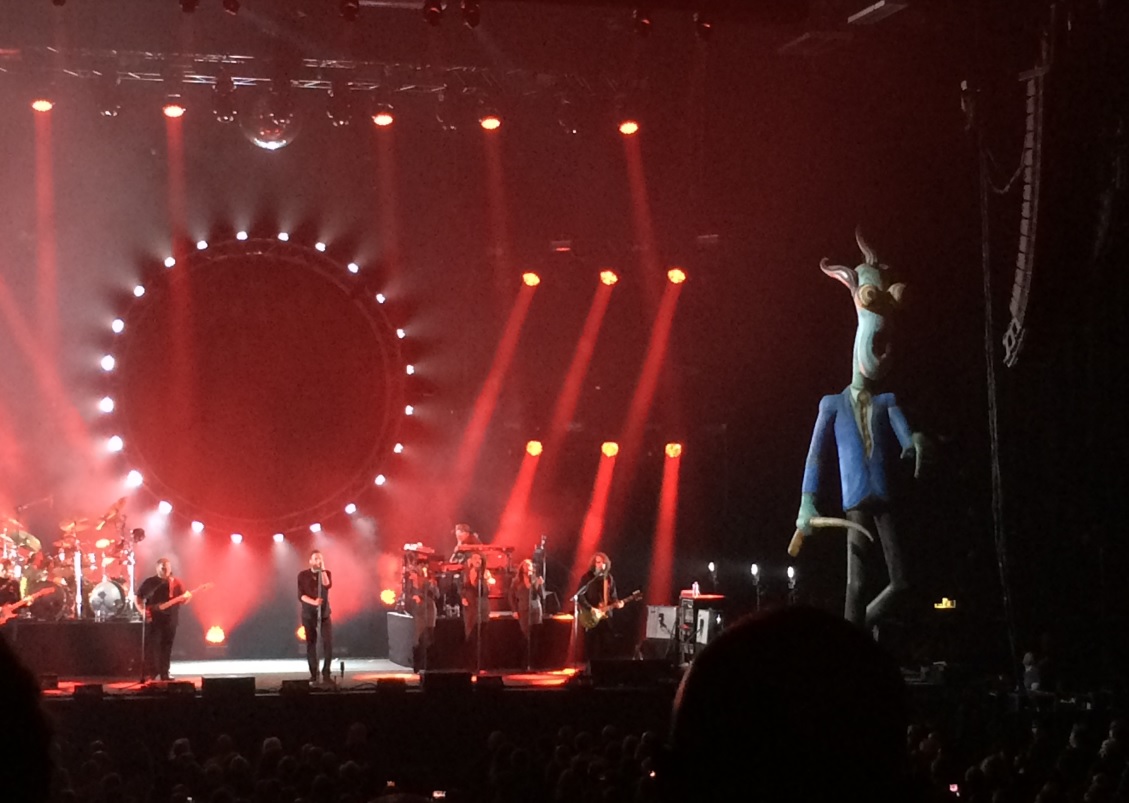 The fact that The Australian Pink Floyd are headlining at Brighton Centre speaks volumes about the way in which classic rock is now perceived. With many of the classic bands approaching retirement, actually retired, or indeed dead (e.g The Jimi Hendrix Experience), there remains a seemingly unrelenting demand to hear these artists’ music performed live.

Classic rock is rapidly attaining a similar status to that of classical music. For example, when people go to see the London Symphony Orchestra perform, say, a piece by Beethoven, there are no complaints that Beethoven is dead, or that the London Symphony Orchestra features no original members. Increasingly these values are being applied to classic rock, especially in cases where the band in question are no longer operational. 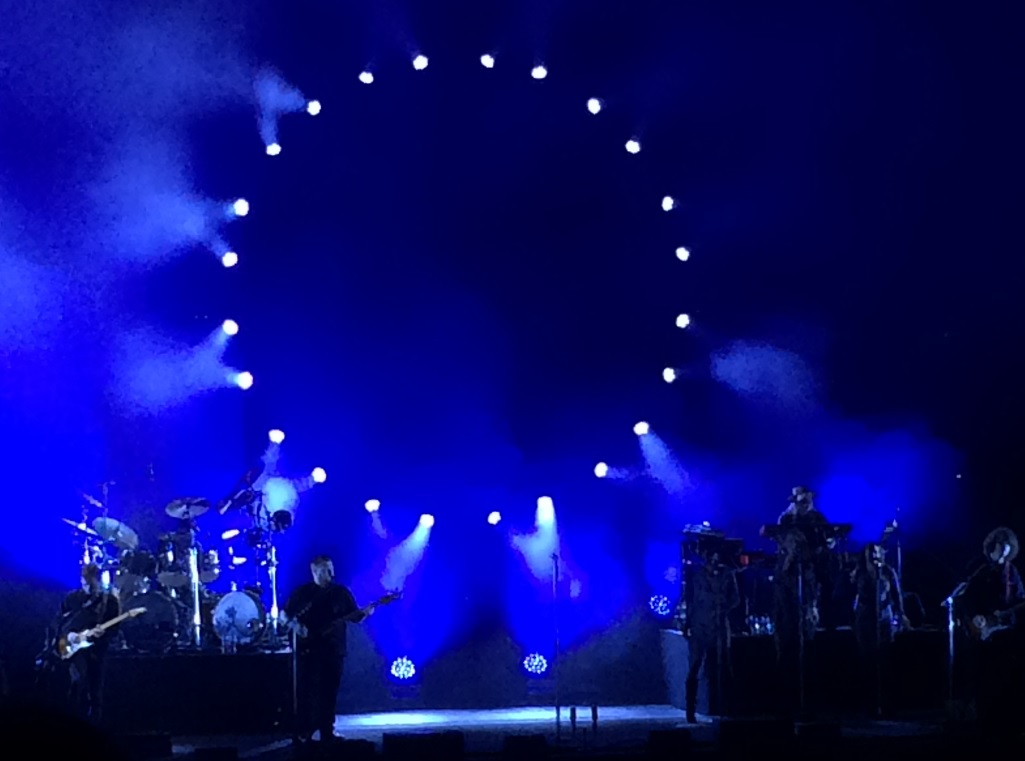 So it is with Pink Floyd, and this is one of the reasons why The Australian Pink Floyd are able to thrive. In many ways the ‘Oz’ Pink Floyd have an easier job than most. From the early 1970s onwards Pink Floyd became increasingly anonymous onstage. A point emphasised during ‘The Wall’ tour of 1980-81, when at one point in the show, a surrogate band replaced the real Pink Floyd. By all accounts one was indistinguishable from the other.

However, one imperative is that the music needs to be played as well as it was by the prototype, and the tribute band (in the case of Pink Floyd) needs to put on a show comparable to that of the original band. The Australian Pink Floyd score very highly on both counts. The musicianship is not only faultless, it is at least the equal of the original band. The show itself is also spectacular, with impressive back projections, a laser show that is reminiscent of the 1980s, and towards the end of the second set, a giant inflatable pink kangaroo. I know what you’re thinking: but I saw it with my own eyes, it was real, it was there. 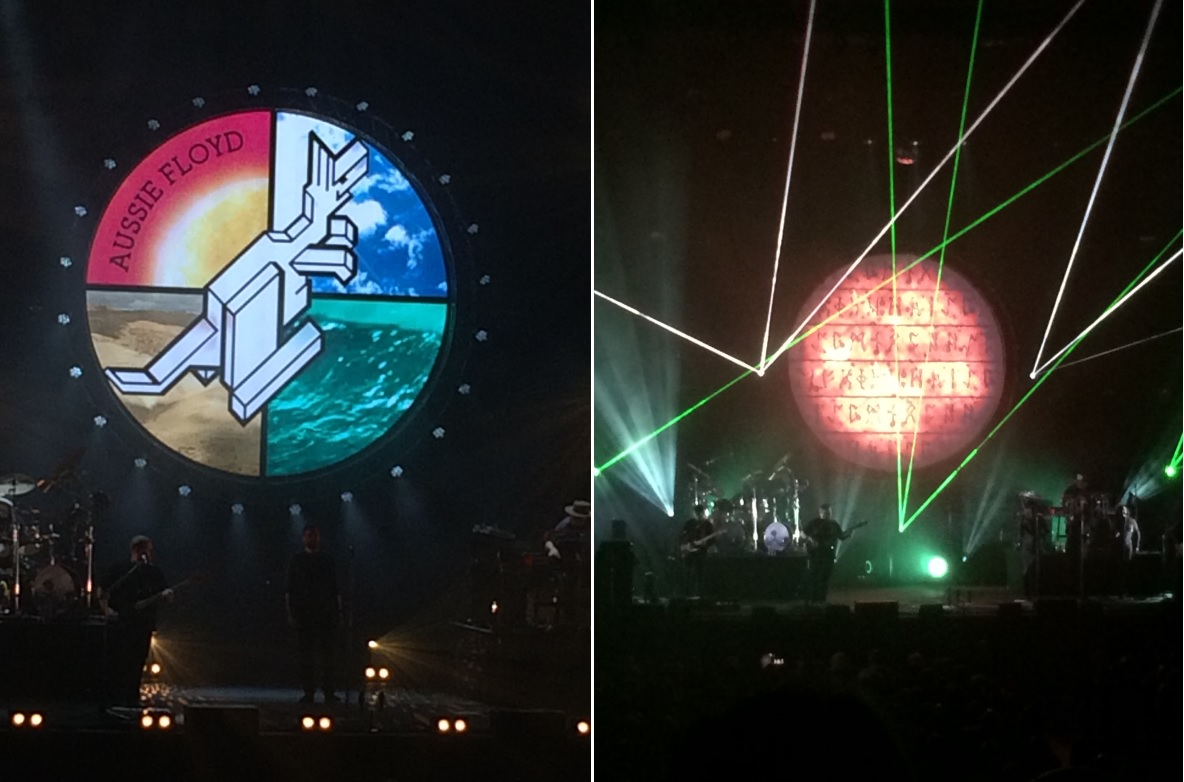 Then there is the question of what they should play. I saw Pink Floyd three times between 1988 and 1994 (the post-Roger Waters years) and the set tonight was more adventurous than that of the real thing. Of course they played the hits: ‘Time’, ‘Money’, ‘Another Brick In The Wall Pt.2’, ‘Shine On You Crazy Diamond’, ‘Wish You Were Here’, ‘Mother’, ‘Run Like Hell’ and ‘Comfortably Numb’ were all present and correct. However, there were surprises too. Who could possibly have expected them to start off the first set (they played two) with ‘Obscured By Clouds’ and ‘When You’re In’ from the ‘Obscure By Clouds’ album, which, lest we forget, was actually recorded as the soundtrack of the French film ‘La Vallee’. I wonder when, if ever, Pink Floyd ever played those songs live? If they did play them, it would have been pushing fifty years ago.

‘The Great Gig In The Sky’ from ‘Dark Side Of The Moon’ was a particular highlight, with a photograph of the late Rick Wright (the composer of the track) as the backdrop. The Australian Pink Floyd also come relatively up-to-date with ‘What Do You Want From Me’ and ‘Keep Talking’, from 1994’s ‘The Division Bell’. 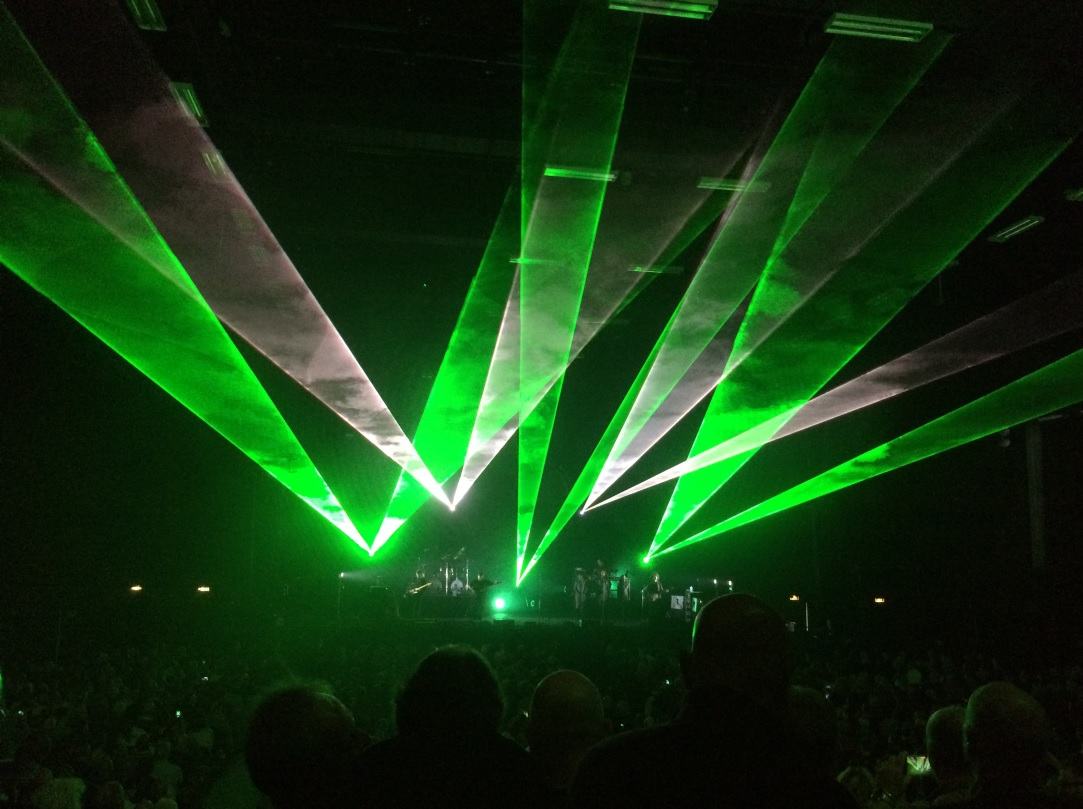 I had been a little disappointed that nothing from the Syd Barrett era had been played in the first set, so I was highly delighted when the second set commenced with ‘Astronomy Domine’, from debut album ‘Piper At The Gates Of Dawn’. The band managed to capture the spaced-out atmosphere of the original track. Another highlight was ‘Sheep’, from the 1977 album ‘Animals’, which was a track unplayed by the latter-day Floyd. After a relative deep cut, ‘Sorrow’, from 1987’s ‘A Momentary Lapse Of Reason’, the second set ends with a rock-tastic pairing of ‘One Of These Days’ (‘Meddle’ 1971) and ‘Run Like Hell’ (‘The Wall’ 1979). However, that is not the end of the show, as the audience call the band back for a well-deserved and epic encore of ‘Comfortably Numb’.

The Australian Pink Floyd successfully brought the Pink Floyd experience to Brighton. You really couldn’t tell the difference between them and the real thing, and the great thing about them is that they can play absolutely anything from the mighty Floyd’s back catalogue, and tonight they frequently did. I’ll certainly be seeing them again. I’d strongly suggest that you do too. 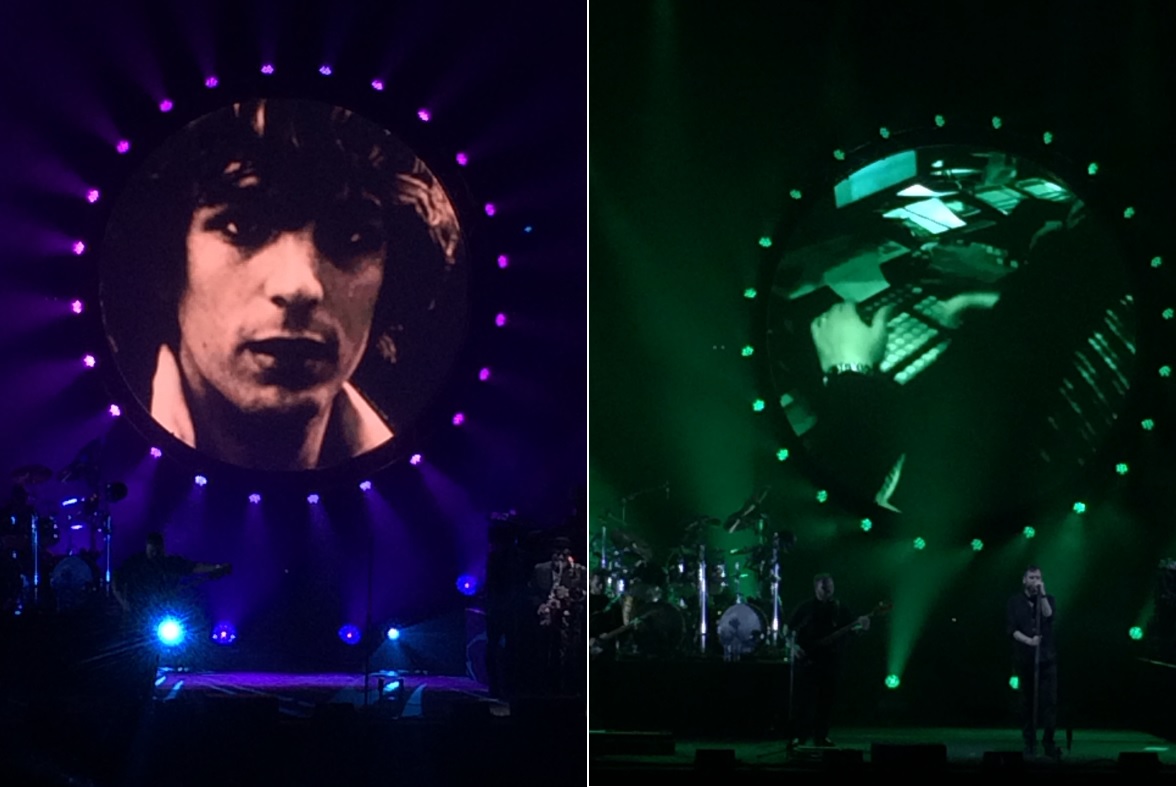 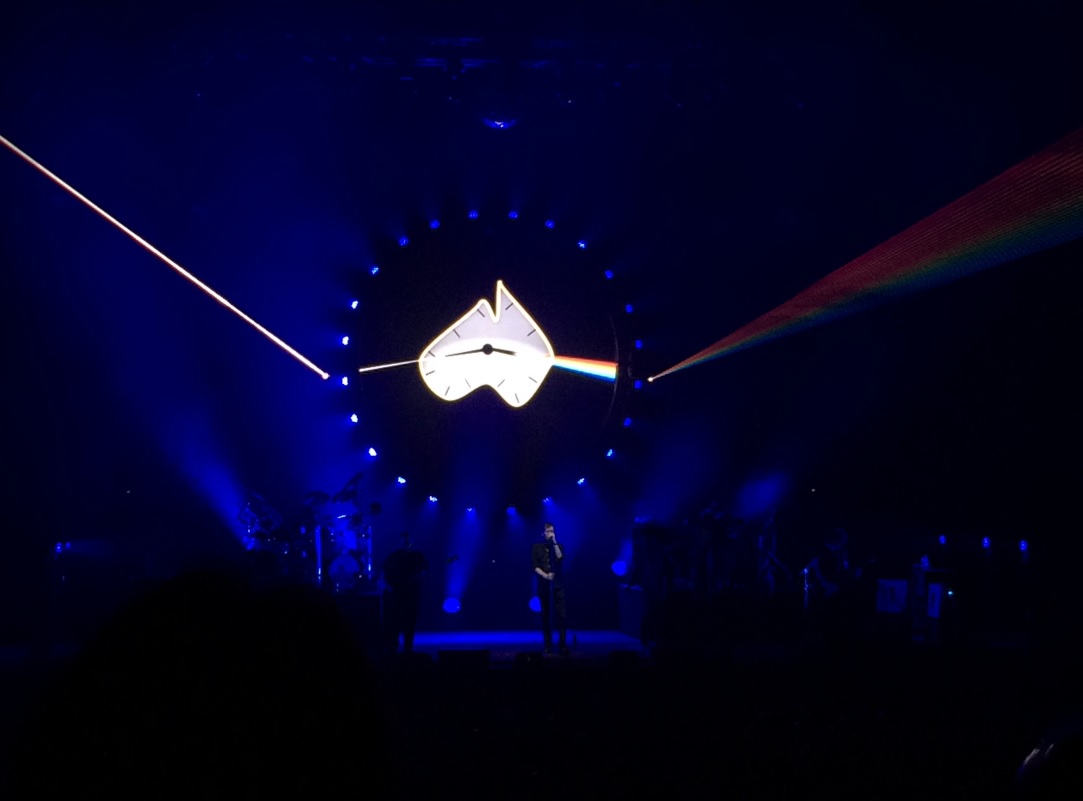 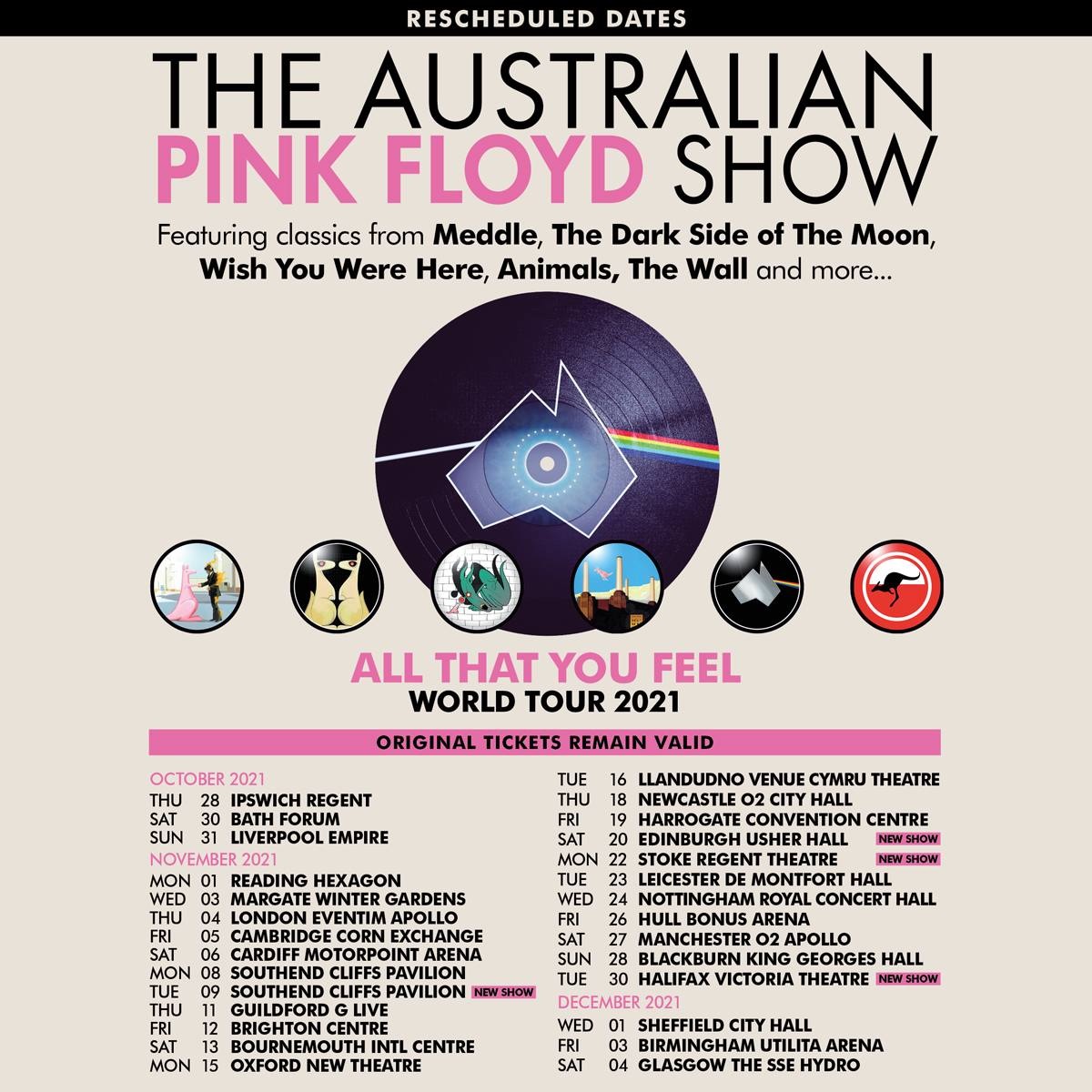