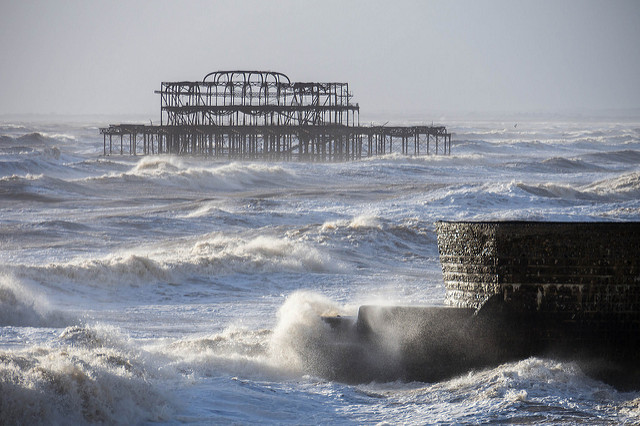 Brighton and Hove is now set to see some of the worst of Storm Barra, according to an updated storm warning.

The Met Office yesterday issued a severe weather warning covering all of England and Wales, which comes into force at 9am tomorrow.

At 11am today, it issued an updated warning, warning of higher winds of up to 80mph along the area’s south and east coasts.

The warning says: “Storm Barra will lead to windy conditions over western UK early on Tuesday morning will soon spread eastwards across the warning area bringing severe gales to coastal areas, for a time before starting to ease during Tuesday evening.

“South to southeast winds will gust to 70-80 mph at times across exposed coastal areas and widely 50-60 mph inland.

“The winds, large coastal waves and high tides may lead to some coastal impacts. In addition to wind, showers and longer spells of rain will make for unpleasant and difficult travel conditions.

“There is a small chance that injuries and danger to life could occur from large waves and beach material being thrown onto sea fronts, coastal roads and properties.”