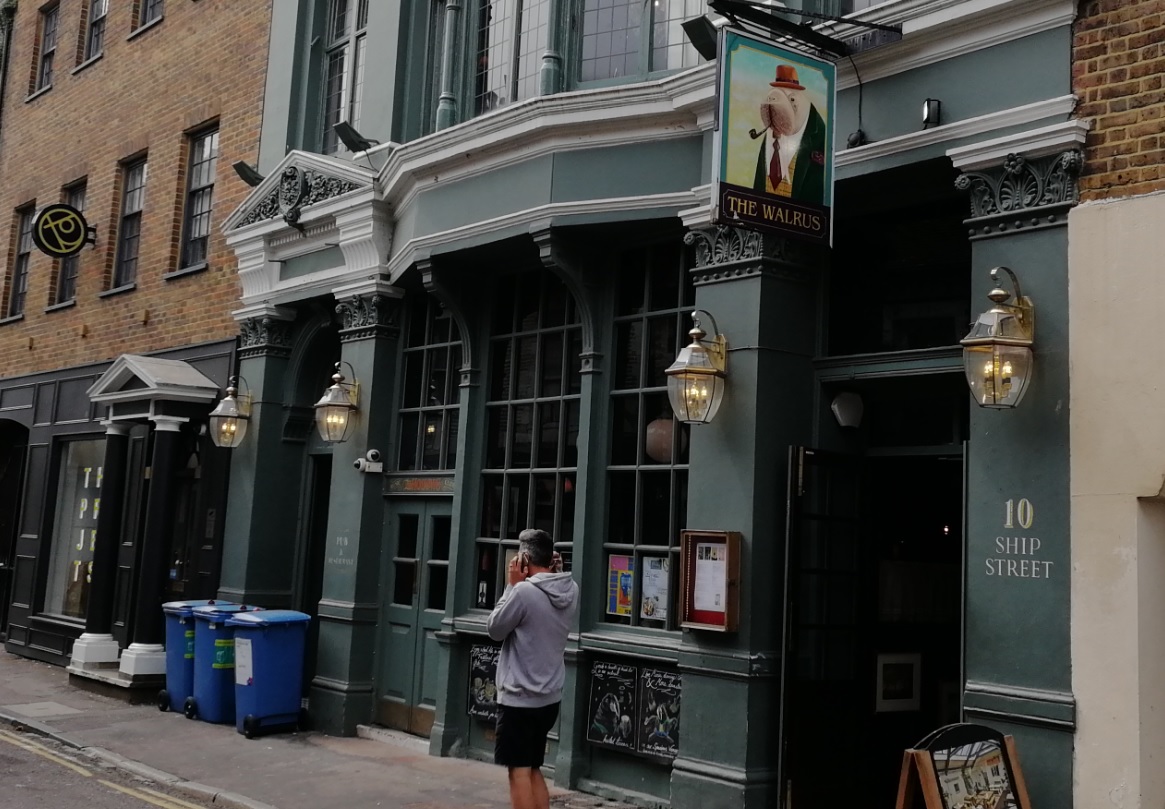 A Brighton pub is investigating claims its manager forced workers to come in to work despite having covid symptoms.

Customers of The Walrus in Ship Street have since come forward to say they have tested positive after visiting the pub in recent days.

Rachael Baylis had a fever and a cough and was awaiting a PCR test when she told her boss she didn’t want to come in to work at there on December 15.

A colleague had tested positive, so despite a negative lateral flow test, she said it was safer not to work.

But her boss told her it was company policy that a positive lateral flow test was needed to take the day off.

She resigned – but the manager didn’t accept this, and instead told her she was fired.

The following morning, her PCR test result came back, and was positive.

Ms Baylis, who graduated with a first in PPE from Brighton University, said the incident was typical of a “toxic work environment” at the Ship Street pub, which she claimed had a huge turnover of 500 staff in three years.

But she added: “These problems are not just at The Walrus. It is emblematic of a system where money is put before people’s health, well-being and security.

“I will be speaking to City Pubs HR where I will be requesting every employee at The Walrus receives full furlough or sick pay for any period the pub must shut whilst the investigation into their public health standards go on.

“It’s the least they can do considering for weeks they’ve been forced to work in unsafe conditions with a manager who does not care for their physical health or financial situation.”

The City Pub Group, which also runs Brighton Beach Club and The Lion and Lobster, said it was investigating.

In a statement, it said: “The City Pub Group is aware of allegations that the company’s well-established Covid-19 safety protocols were not followed at our Brighton pub The Walrus, in relation to isolation arrangements for one of our team members.

“As a company we place paramount importance on the health and welfare of our colleagues and customers, particularly during the ongoing pandemic challenges. This takes precedence over any other considerations.

“We are now urgently investigating all aspects of this situation to understand precisely what has happened and what needs to be done in response.

“We do not wish to make any further comments on next steps until the facts of the case have been established clearly.”

A council spokesperson said: “We have contacted management at the venue who have confirmed they understand the guidance.

“We are satisfied that their planned actions are in line with government procedures.”