‘Our challenge is to light the fire,’ Hove MP tells FT

The Labour MP for Hove said that his party had to take advantage of Conservative Prime Minister Boris Johnson’s political problems.

Peter Kyle told the Financial Times (FT) that Labour, edging ahead in some opinion polls, had “an opportunity to be heard that we must not squander”.

Mr Kyle said that the party’s leader Sir Keir Starmer had impressed people with his “decency” and the rebuilding of credible economic policies but added: “Our challenge is to light the fire.”

He also touched on electoral tactics after two recent by-election victories for the Liberal Democrats in formerly safe Tory seats – Chesham and Amersham and then North Shropshire.

Mr Kyle, 51, has spoken out in the past against a formal “progressive alliance” with the Lib Dems, Greens and other left-of-centre parties.

But in the FT today (Thursday 30 December) he said that Labour had to be smart in managing its relations with other parties. And he appeared to accept that tactical voting and pragmatism could help defeat Boris Johnson.

The interview followed Mr Kyle’s recent appointment to Labour’s Shadow Cabinet as the Shadow Secretary of State for Northern Ireland.

The newspaper described him as “one of a number of moderate Labour figures in Sir Keir Starmer’s reshaped frontbench team”.

Mr Kyle told the FT that British voters hated formal electoral pacts but that Labour had to accept reality on the ground.

He said: “There are ways of managing a relationship with other parties that share some of our priorities which simply reflects the reality of elections.

“It’s about targeting resources and benignly letting people know that the heavens won’t open up if people who genuinely support you want to lend their vote.”

He said that voters were perfectly capable of working out how to vote tactically to achieve their preferred result.

And he added: “The people of Chesham and Amersham didn’t need politicians emerging from a smoke-filled room to tell them who to vote for and not to vote for. They figured it out for themselves.

“If there had been a formal pact, they would have a way to punish us as well as the Tories.” 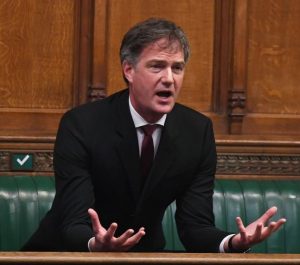 Instead, Labour appeared to have put up candidates but not much of a fight in the two by-elections.

Mr Kyle, who campaigned for a second referendum after voters back Brexit – Britain’s exit from the European Union (EU) – said that he was now “a rebuilder not a remainer”.

He said: “The challenge for the Labour Party is to rebuild from the rubble of a bad Brexit deal.”

The newspaper added: “Ironically, Kyle seems more enthusiastic about the Northern Ireland protocol, the part of Boris Johnson’s Brexit deal that regulates trade in the region, than the Prime Minister who negotiated it.”

The protocol was flawed, Mr Kyle said, but he added: “We see the future is in building upon the great potential in the protocol.”

The FT said that, uniquely, under the Brexit deal, Northern Ireland remains part of both the EU and UK single markets for goods.