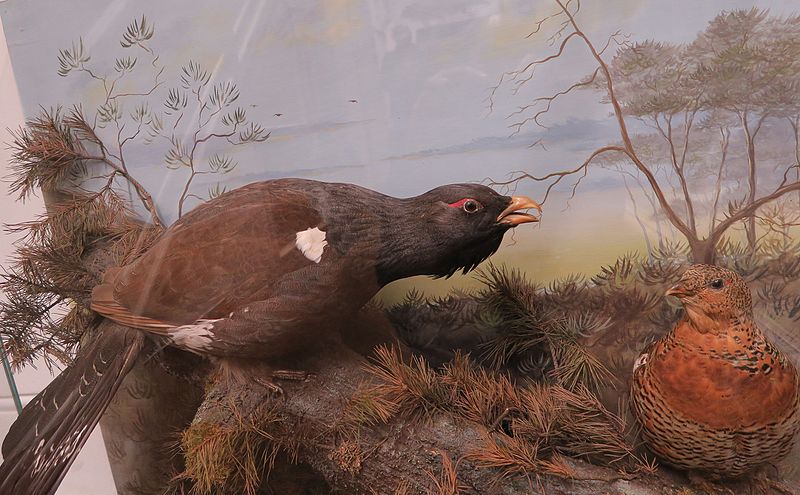 A Brighton museum which pioneered the use of dioramas is to make its first new one in more than 100 years with the help of residents.

The Booth Museum of Natural History in Brighton has been awarded a £50,000 grant for a community project to create a new museum display inspired by the public’s love of birds and wildlife.

Participants will help to create a new museum diorama – a scene with 3D figures – that will provide scientific information for future generations.

Royal Pavilion & Museums Trust staff will run a series of fun pop-up events around the city to share the treasures of the Booth Museum and encourage people to think about natural history and climate change.

The public will be asked what might be put in a modern Brighton diorama now, versus what would have been seen in the past. They will also be asked about their experience of wildlife in the city in their gardens, parks and streets. Workshops and school activities are also planned.

After the public consultation, the Booth Museum will create the first diorama to be built in the museum for over a century

The museum showcases stuffed British birds collected by Edward Booth in the nineteenth century and displayed in dioramas he had made, the first known examples of birds displayed in recreations of their observed natural habitat and behaviour.

Dioramas have since been used in museums around the world including the Smithsonian Institute in the US. The taxidermy birds and animals will come from existing historical collections or by preserving modern wildlife which died of natural causes or by accident.

The project aims to address the challenge of climate change faced by the natural world in the 21st century, using comparisons to cutting edge innovations in the 19th century study of British birds through the work of Edward Booth.

CEO of RPMT Hedley Swain said:” We are thrilled to receive this funding from The Esme Fairbairn Collections Fund for such a fascinating and exciting project.

It’s an amazing chance to show how the scientific advances made by Edward Booth are still relevant and will be for another 100 years. It’s fantastic that we will be able to talk to the public who we know love the natural world so much and preserve that knowledge for future generations to study. We want to thank the Esme Fairbairn Collections Fund and the Museums Association for all their support.”