The number of children receiving free school meals in Brighton and Hove has gone up 20 per cent in the past two years.

Of almost 32,000 pupils in state-funded schools in the city, 6,434 were regarded as disadvantaged because they were registered for free school meals.

This was an increase of 1,062 since January 2020 – just before the start of the coronavirus pandemic – and resulted from changes to family circumstances, councillors were told.

The council is trying to cut admission numbers at seven primary schools from next year.

Parents campaigning against the proposed cuts have shared their concerns about most of the schools being in deprived areas.

And a disproportionately large percentage of pupils at those received free schools meals and with special educational needs.

Mr Richbell told the meeting at Hove Town Hall: “In our city, the pupil places problem we have at the minute again disproportionally impacts those schools that have higher levels of disadvantage.

“The number of pupils a school has got directly impacts the funding the school has and impacts on the staff you can employ to work with disadvantaged pupils.

“Underlying factors that lie outside of a school definitely play a part. I also think that national policies to do with funding and local issues to do with pupil numbers all exacerbate the problem.

“In a school like ours, where the school is full, I have more money to be able to use to address the disadvantage gap than a school that doesn’t have the number of pupils or is a smaller school.”

The report said that children did less well in Whitehawk, Coldean and Moulsecoomb North, the North Laine and The Lanes, Hangleton South (the Knoll Estate) and Mile Oak. 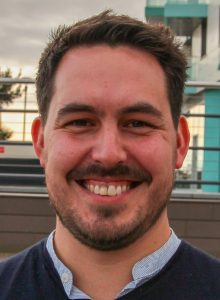 The Trust for Developing Communities director of youth work Adam Muirhead said that the strategy focused on what schools could do but he was concerned that the scope was too narrow.

He said: “There’s strategic work that happens in other areas, for example, youth violence, where a preventative public health approach has had dramatic results.

“The principles might map across well. Much like ill-health, issues are preventable … upfront proactive action can save more complex and expensive interventions down the line.”

Mr Muirhead said that poverty and inequality were issues – and you cannot “teach your way” out of educational disadvantage. 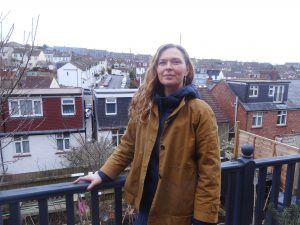 Councillor John said: “It’s really important we get this right. We’re a city with enormous wealth divides where there are clear links between where a child grows up and their educational outcomes and life chances.

“Closing the disadvantage gap is going to get more difficult as school and council budgets are squeezed – and the cost of living is rising.”

She was particularly concerned about the effect of covid-19 on children as an extra 1,062 now receive free school meals due to their family circumstances changing since January 2020.

Conservative councillor Vanessa Brown said that she had seen many strategies aimed at helping disadvantaged children over the years and questioned whether the latest one offered anything new.

She asked whether officials had consulted with other councils serving areas where the schools achieved better results for disadvantaged pupils.

Councillor Brown said: “We all want matters to improve dramatically but this can only be achieved by concerted work on the ground.

“We must ensure we get teachers, teaching assistants and governors fully involved.”

She was told that literacy strategies had been revised and that data training for governors were among the many new elements of the strategy.

The council’s assistant director for education and skills Jo Lyons said that work was under way to find out what other councils had done that could help Brighton and Hove schools.

She said: “Very tight monitoring will help make a difference. There’s a lot of different actions that we haven’t done before.

Labour councillor Jackie O’Quinn said that she saw money going into education through the Blair years.

She said: “It seemed to have little impact, and all kinds of strategy were needed. I’m really hopeful that something will change now.”

The committee agreed to endorse the strategy and which will go out to public consultation.