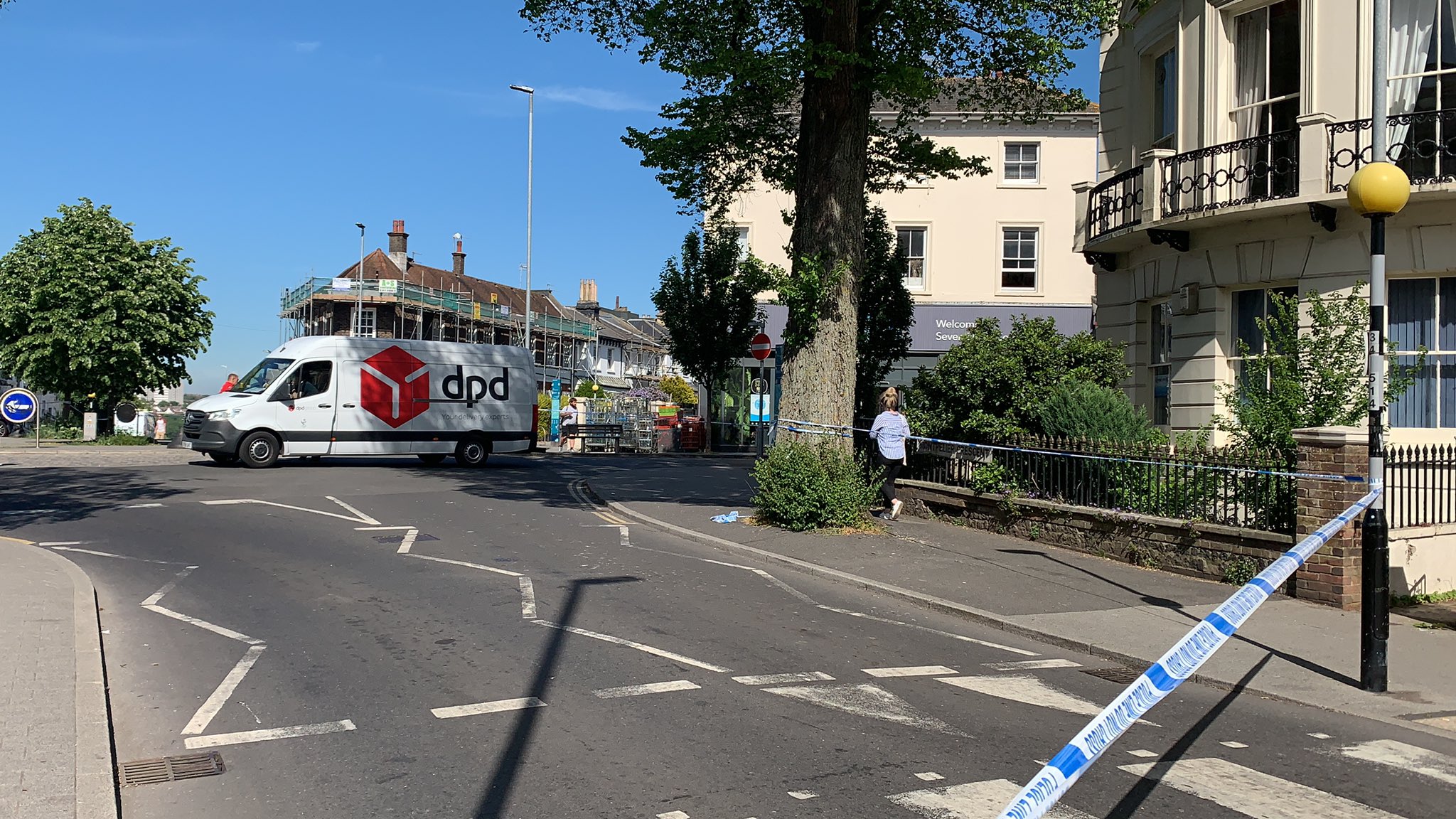 A DPD deliveryman had been driving his van dangerously all day before he fatally struck a woman crossing the road, a court heard today.

Zieba, of Waterloo Street, Hove, was charged with causing death by dangerous driving, which he denies.

Prosecuting, Rachel Beckett told the jury they would be shown dashcam footage from the Mercedes and CCTV, which showed the defendant did not stop at the roundabout or look left to check there was nobody crossing.

Although Mrs Davies, 69,  had not used a marked crossing, Zieba knew the roundabout well and should have known  pedestrians commonly crossed at that point.

And she said his dashcam footage showed he had been driving recklessly all day – for which he had been charged with a separate count of dangerous driving.

She said: “We say he was distracted at times by his son, was checking his DPD scanner whilst he was driving, he was drinking – not alcohol – from a container or can, and smoking whilst driving.

“He was also rolling a cigarette whilst the vehicle was moving. He mounted kerbs without sufficient regard for other road users.

“When you see the totality of all that driving that , the crown says that you can be sure that he was driving dangerously in the lead up to the collision.”

The jury was told that Mrs Davies had left her house in Dyke Road on a warm and dry afternoon shortly before 3pm and started walking north towards the roundabout.

At one point, she had walked in the road as Zieba had parked his van on the pavement.

She passed the van, and waited to cross the roundabout for a few seconds before stepping into the road.

It was then that Zieba, who Ms Beckett said was looking right for oncoming traffic but not left, pulled out onto the roundabout and and hit her.

Mrs Davies was left with significant head injuries which were not treatable. She died two days later.

A forensic investigation used CCTV and photographs to establish the van would have been travelling at an average speed of 16mph along Dyke Road.

Forensic collision expert Joseph Turner, who is due to give evidence, wrote a report in which he said the area was visually cluttered, but Zieba would have had a clear view of Mrs Davies.

When Zieba was interviewed in July, he told officer he had started work at the DPD depot in Burgess Hill, and had been expected to deliver up to 100 parcels that day.

But he said that number was “nothing”, and that he was not under pressure.

He had picked up his 15-year-old son Aleksander towards the end of his shift, as they were planning to go out afterwards.

He said he used the roundabout at least once a day, and that others had warned him how dangerous it was so he was careful when he approached.

But he said the cluttered street scene, with a tree, lamp post, post box and bench meant he did not see Mrs Davies as she crossed.