A developer has submitted plans to build 553 homes on the former Brighton gasworks site just north of the Marina.

But the prospect of 11 tower blocks – up to 12 storeys high – has drawn hundreds of objections from neighbours and civic societies.

One group which was set up to oppose the plans, Aghast, said: “The scheme features a conglomeration of densely packed, tall buildings up to 12 storeys high that will overwhelm the natural and historical landscape of East Brighton.”

And the Kemp Town Society said: “The proposed gasworks development … neighbours the grade I listed buildings of the Kemp Town Estate.

“The density of the proposed development is significantly out of proportion with all surrounding architecture.

“This will have a serious and detrimental impact on current infrastructure, quality of life for residents and visitors, and public health and safety.”

The application has been submitted to Brighton and Hove City Council by St William Homes LLP, a 50-50 joint venture between the Berkeley Group Holdings PLC and National Grid PLC

They said: “The application proposes to deliver a high-quality residential-led mixed-use development and a series of key planning and regeneration benefits.”

These included the “regeneration, restoration and reuse of an underutilised brownfield site” with 553 homes – mostly flats – and about 3,000 square metres of floorspace for commercial use, potentially creating more than 200 jobs.

They gave “a commitment to creating employment and training opportunities for local people”, with work for about 200 people expected during the construction phase.

And they said that the scheme included “a high-quality design which achieves the council’s expectations of positively contributing to the varying character of existing residential and commercial properties in the vicinity to create a cohesive and attractive urban environment”.

There would be “new routes into and through the site, providing safe, coherent and high-quality links between the site and to the surrounding area”.

In addition the project would enable the decontamination of long disused site where two gasholders once stored huge volumes of gas.

But the cost would make it impossible to provide “affordable” housing on the site, they said.

Labour councillors Nancy Platts and Gill Williams, who represent East Brighton ward, wrote to the developers and said: “Key to gaining the support of local residents are the following issues.”

They were concerned about shortcomings in the consultation process as well as about the details of the project from its height, bulk and scale to the prospect of a “wind tunnel”.

Conservative councillor Mary Mears, who represents Rottingdean Coastal ward, which includes the site, has also submitted a formal objection to the scheme.

The Kemp Town Society said: “No learnings appear to have been incorporated from the overturning and recent ruling on the Brighton Marina development.

“This status demands it is given exceptional protection against harm from developments which could be detrimental to the quality of its character.

“It is imperative that any development on the gasworks site is of first-class architectural quality and respects the scale, height and character of the consistent architectural excellence of the neighbouring buildings.

“The proposed development conspicuously fails to respect the architectural distinction of the surrounding buildings.

“The current proposal for a densely packed conglomeration of tall blocks will dominate its surrounding neighbours by sheer size, height, scale, density and massing, with impact well beyond the curtilage of the development. 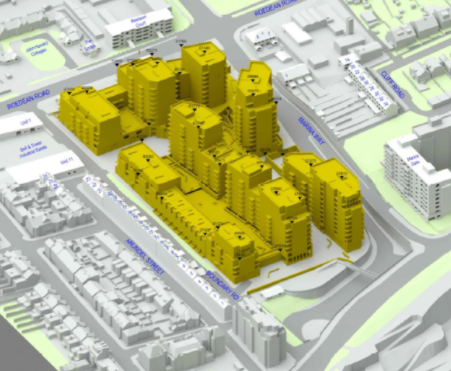 “The planning inspector for the Brighton Marina Appeal was critical of the jarring relationship of the Marina proposals to the heritage assets in the immediate vicinity.

“Endorsed by the planning inspector and the Secretary of State, these are more relevant when applied to the relationship of the tall, densely packed buildings of the gasworks development to those of the same heritage assets as described.

“With the Marina development now turned down, any proposal that tall buildings are acceptable on the gasworks site is no longer relevant.” 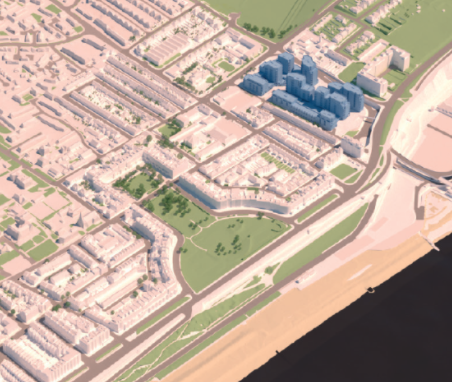 Like the ward councillors, the Kemp Town Society also had concerns about the effects of the scheme on local infrastructure.

It cited pressure on medical provision, schools, parking and public transport, “all of which are currently fully used by local residents”.

It was concerned about extra traffic and disruption affecting “the congested A259 and Eastern Road”, the Royal Sussex County Hospital – and the health risk from extra pollution as well as pedestrian safety.