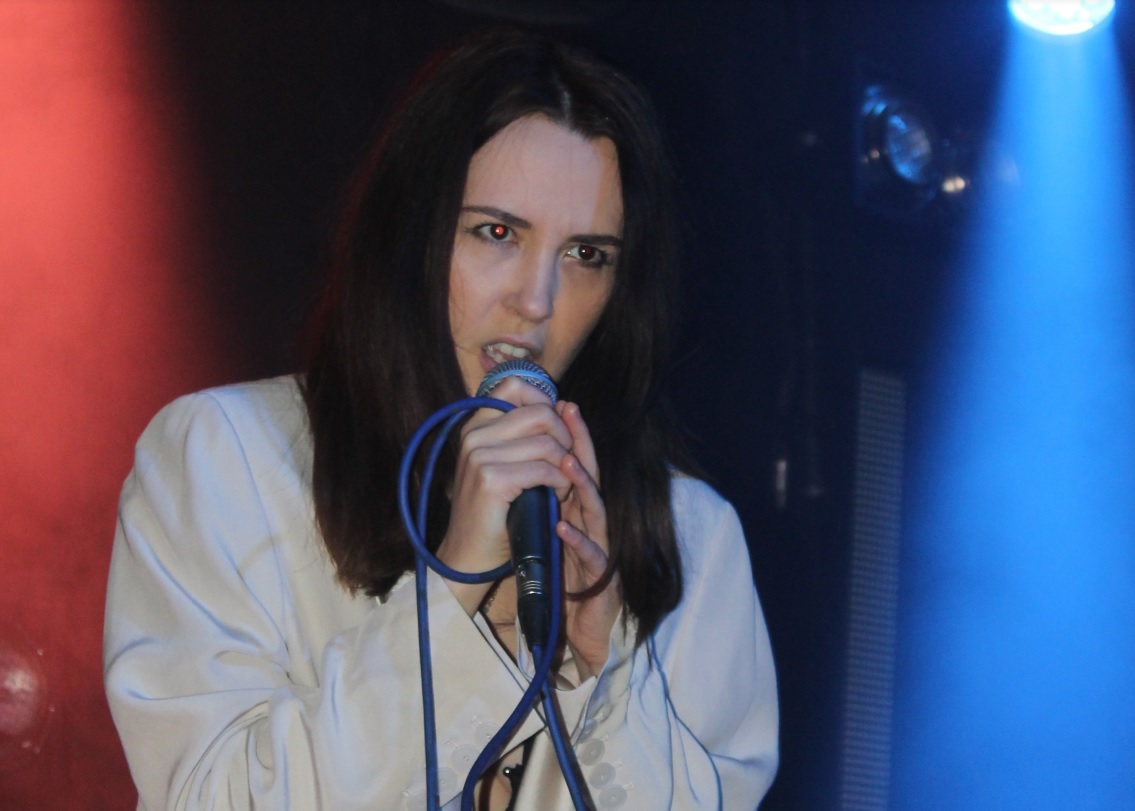 Having been really impressed with TTRRUUCES at the Rockaway Beach Festival, I was compelled to see them again when I heard that they were playing at Colours. Support tonight comes from Wings Of Desire and Tomi Tomaski. 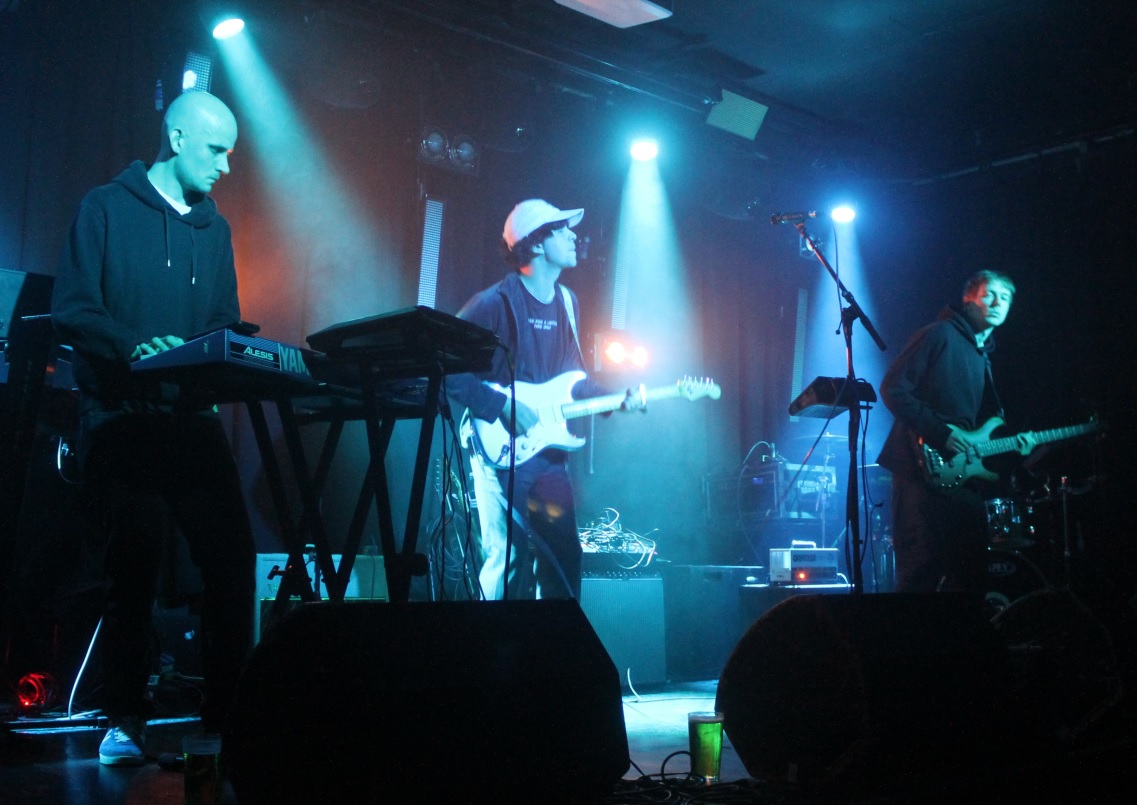 Tomi Tomaski are a three piece comprising Tomi on guitar and vocals, a bassist and a synth player. The beats come from the synth. They play what to my mind is pretty uninspiring dance music. Having said that, you have to respect what they do, and they do what they do very well. They also play rockier stuff, before moving into AOR territory. They are without doubt versatile, but it’s all very middle-of-the-road. 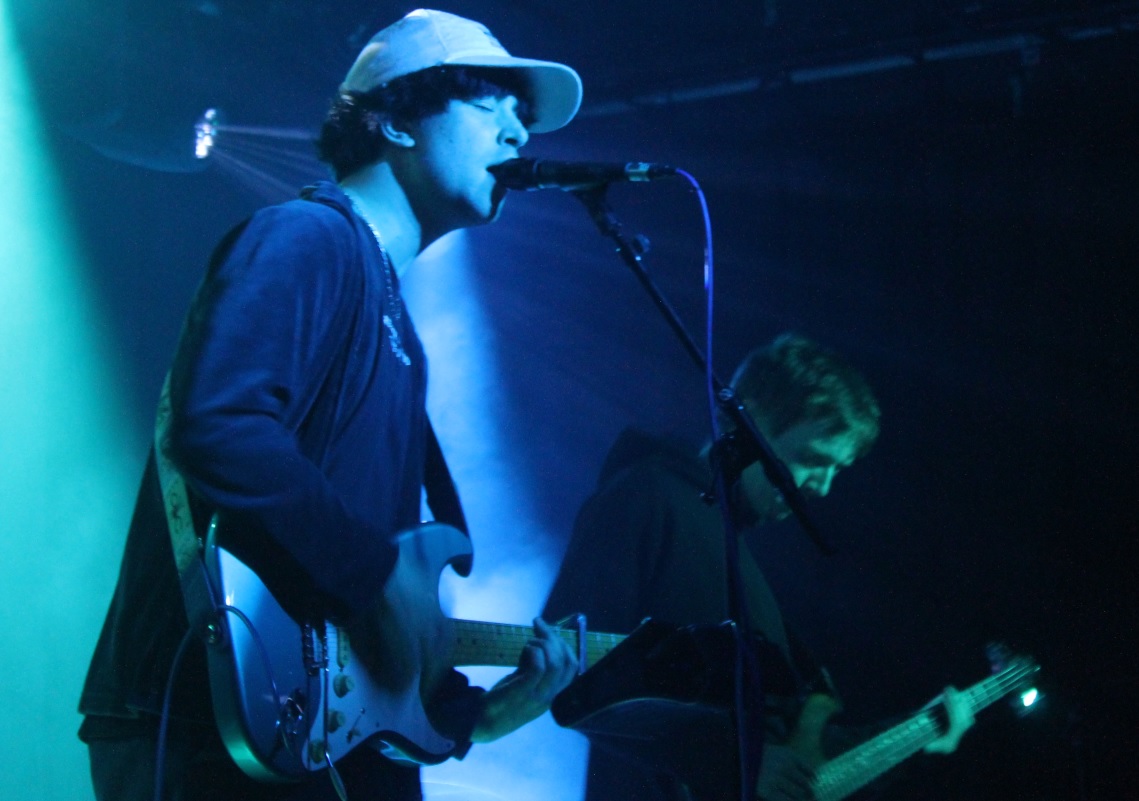 The band have uploaded the whole of tonight’s set onto YouTube – watch it HERE. 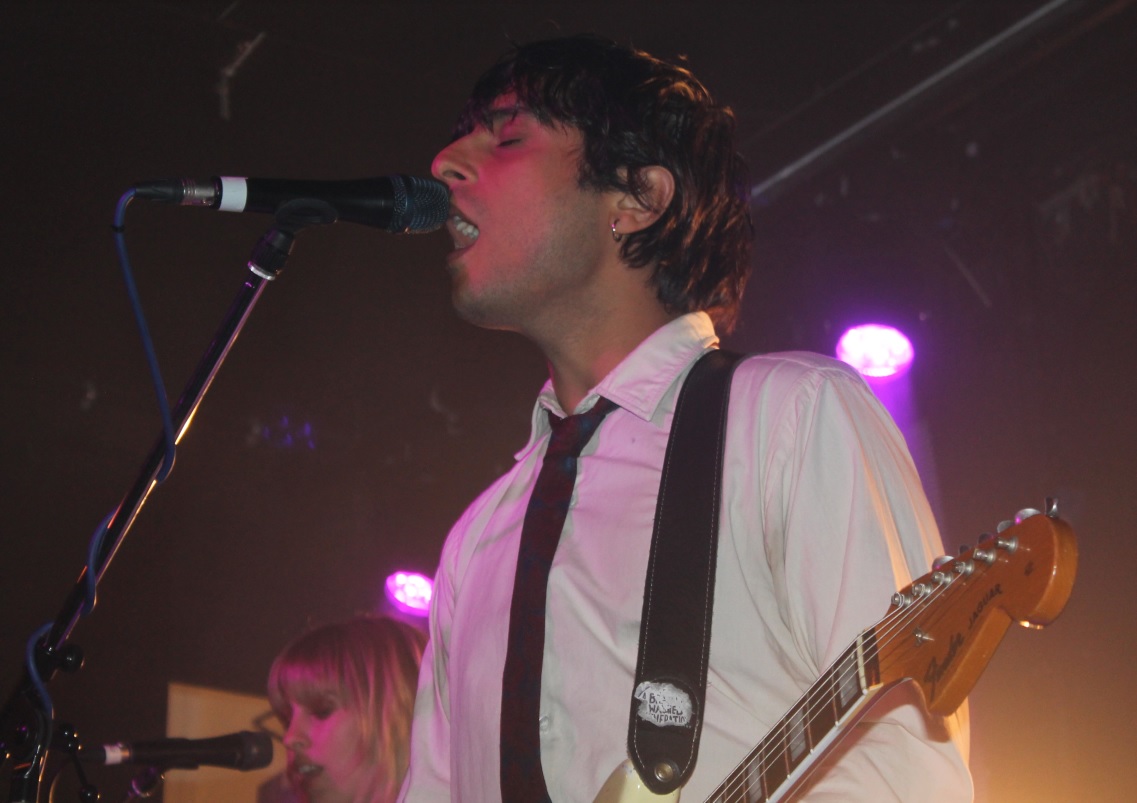 Thankfully Wings Of Desire are a completely different kettle of fish. They dispense mesmeric post-punk with hints of Interpol, and that’s not just because the singer is wearing a shirt and tie! They have interesting memorable earworms of songs, many with a slightly punky edge. The band have also secured the support slot for the Nation Of Language UK tour, which will this week be starting in Leeds, before moving onto Glasgow, Manchester and finishing with two dates in London. I want to hear more…. 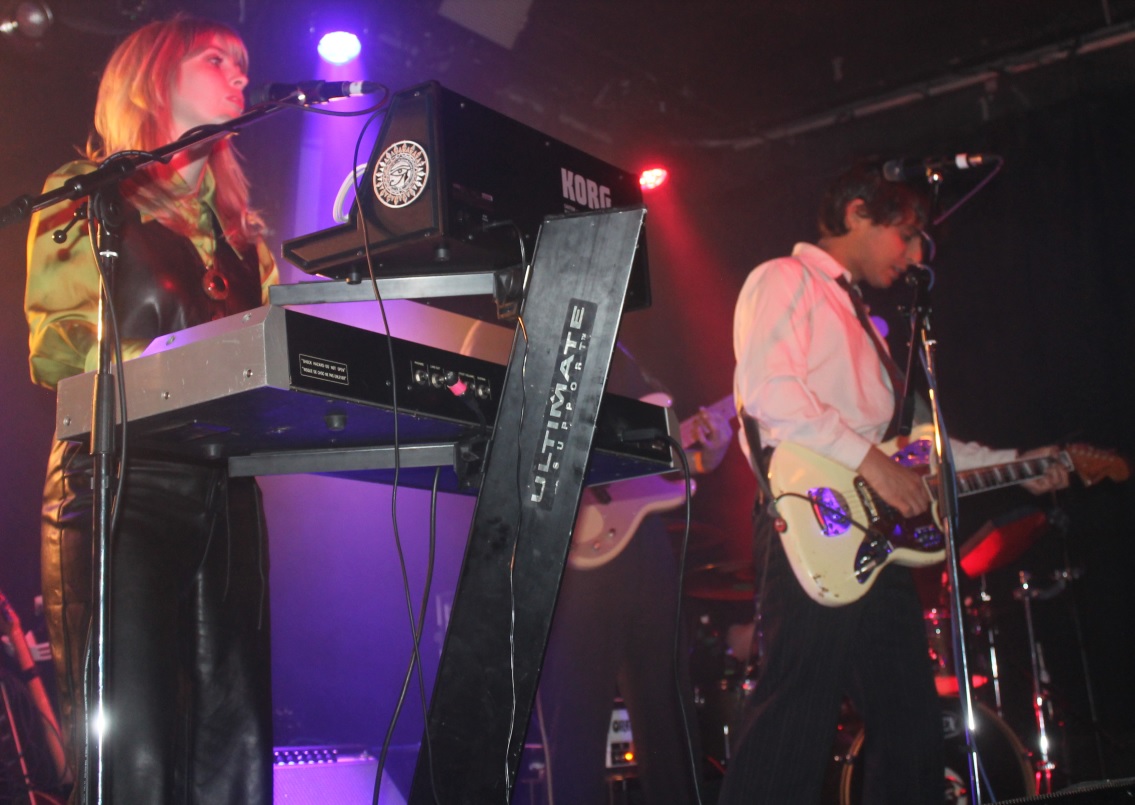 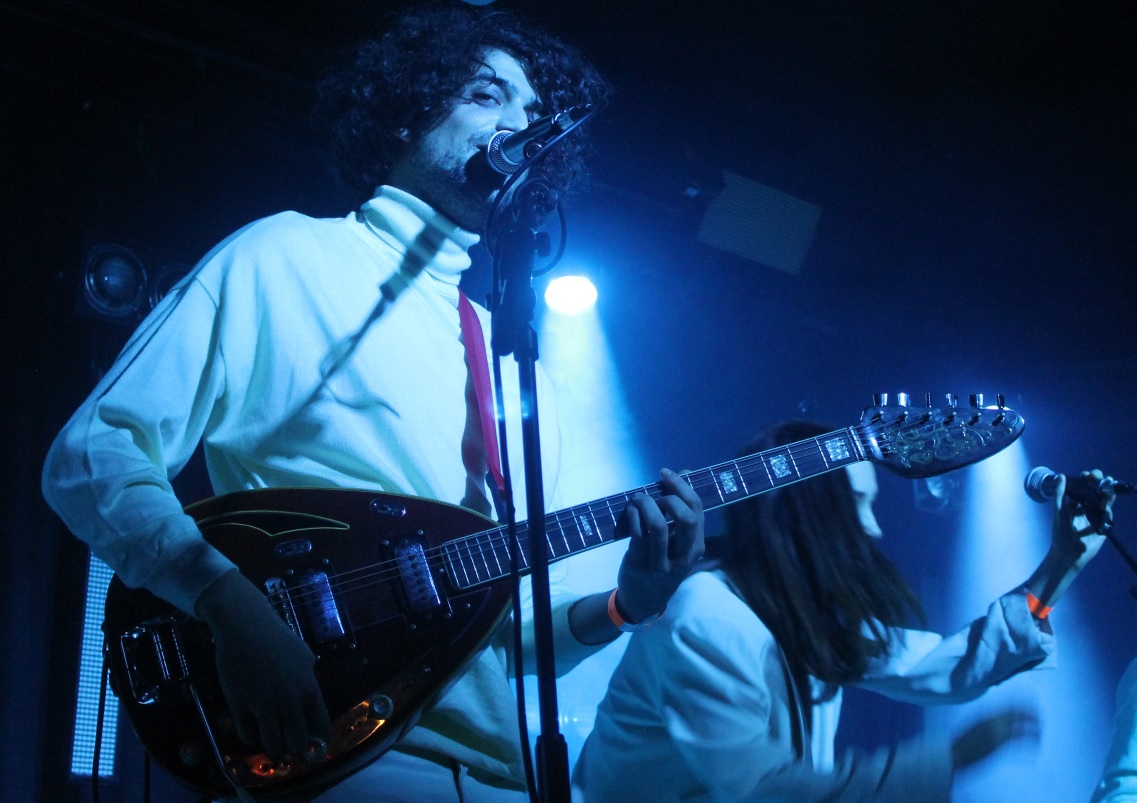 TTRRUUCES are the second band that I’ve seen in two days who are all dressed in white. What is going on??!!! Their opening song is surprisingly heavy, not like anything that I remember them playing at Rockaway Beach at all. Their second song is new and fairly funky, with haunting violin lines. They return to more familiar territory with ‘The Disco’, which is from their self-titled debut album. Towards the end of the song they segue into ‘Funky Town’ by Lipps Inc. This very definitely has the feel of a Friday night set, and seems to be aimed at making people paaaarrrty!!!

Natalie Findlay leaves it until the fourth song before she picks up a guitar. This is more like the psych pop that I remember them playing before. In fact it’s the only song so far that I recognise, which may or may not be called ‘Never Enough’. It’s very jaunty and features a kazoo solo from Natalie. Tonight they have two violinists whereas there was only one before. It adds depth to their sound. 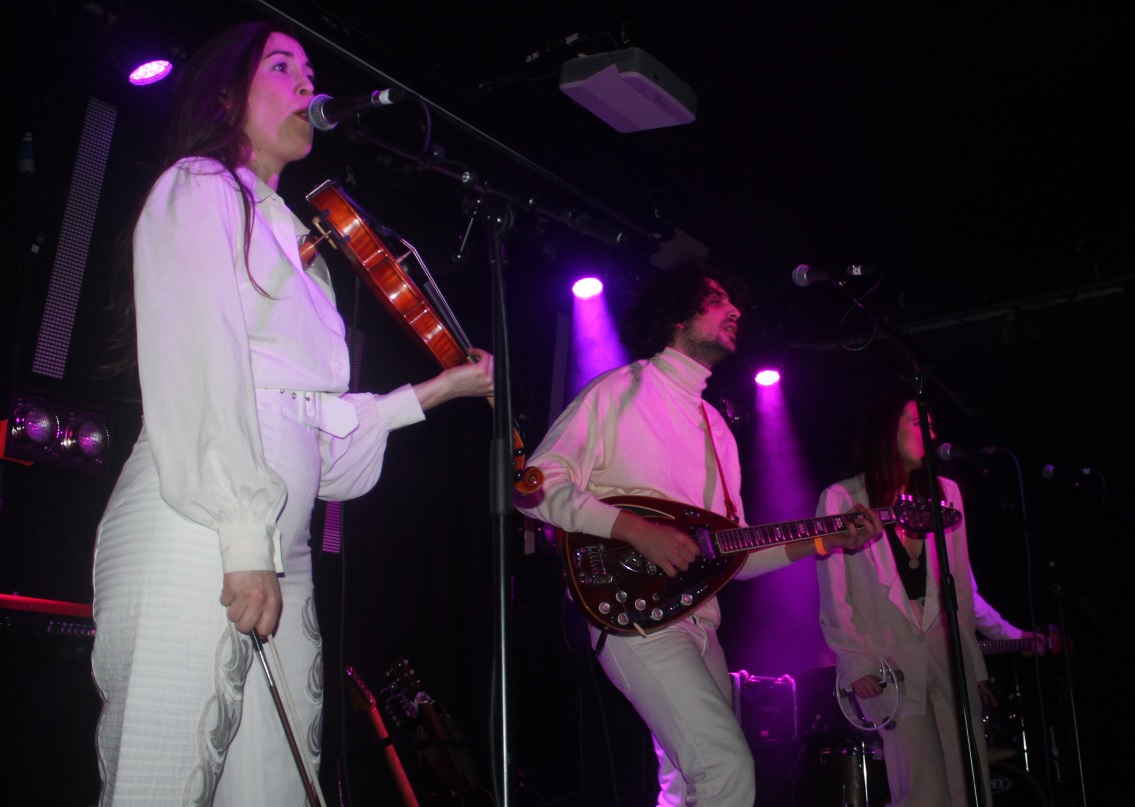 ‘Something Inside’, from their album is a song with earnest lyrics that could come from the late 1960s. Indeed, throughout their lyrics are very sharp, sometimes belying the jaunty character of the music. The last song, possibly called ‘Finally Home’, is a laid-back waltz. People in the audience hold real lighters aloft! This is something that I haven’t seen for quite a while.

To an extent TTRRUUCES wear their influences on their sleeves. However, this is no nostalgia trip. There is a modern twist to their music which places it slap bang in the 2020s. Although they released an album eighteen months ago, they are clearly moving forward with plenty of new songs. I look forward to the next album!

Find out more at www.ttrruuces.com 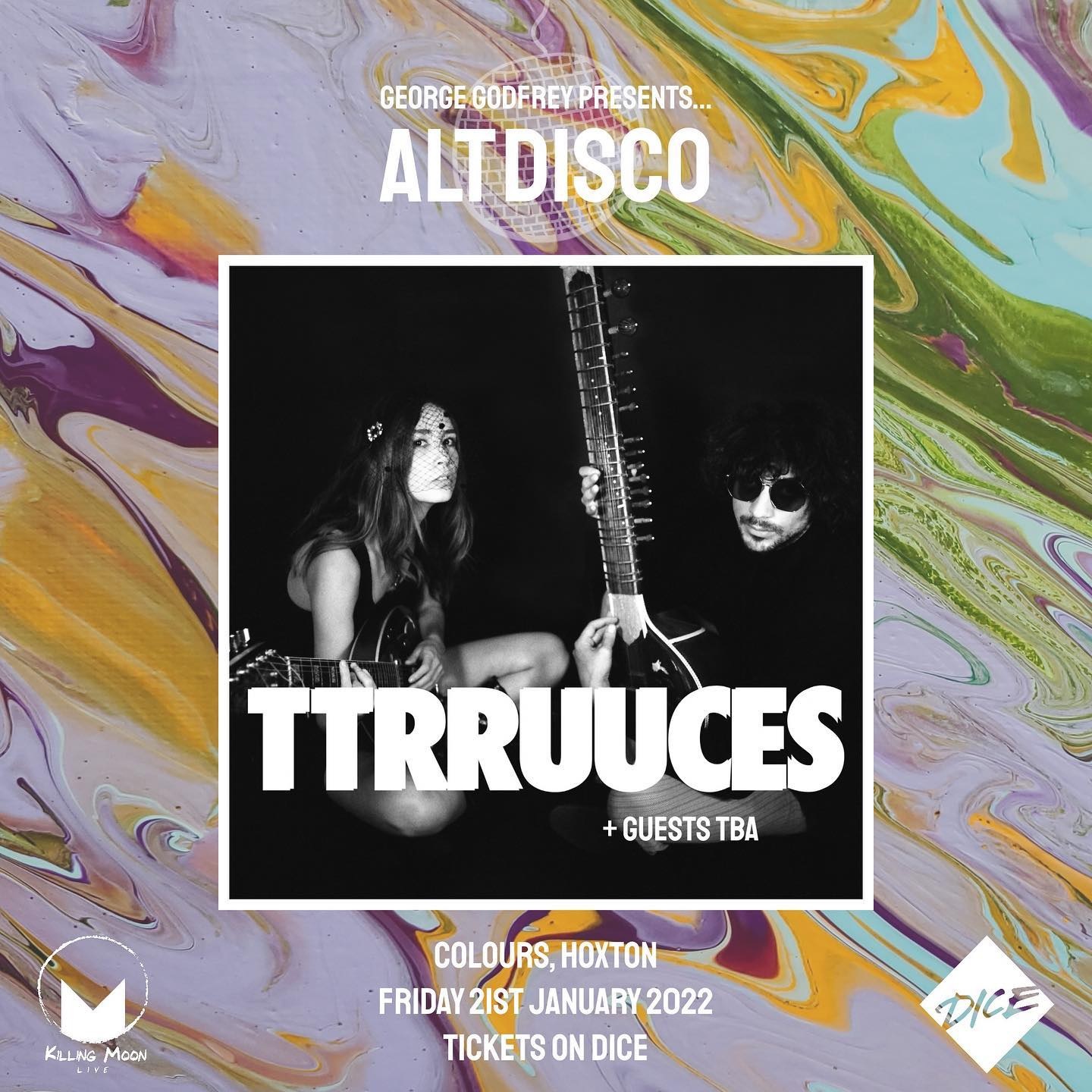