A television documentary which tells the story of a Brighton murderer who was freed then killed again is due to be aired tonight (Wednesday 26 January). 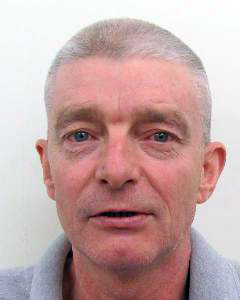 Donal MacIntyre’s Released to Kill looks at the case of Ian McLoughlin who was serving a life sentence for the murder of Brighton barman Peter Halls in September 1990.

McLoughlin, also known as Ian Baker, was released from prison on temporary licence in 2013 and went to the home of a fellow former prisoner Francis Cory-Wright.

When McLoughlin attacked Cory-Wright, a neighbour tried to step in – but the good samaritan was stabbed by McLoughlin and died.

An official report said that McLoughlin’s release on a temporary licence was inappropriate and had catastrophic consequences and how it was managed “represented a fundamental failure of the system”. Read our coverage of the report here.

Even before he was jailed for murder, McLoughlin had already been imprisoned for manslaughter in 1984 and later told police that he had killed another man although no body was found.

McLoughlin, now 63, was given a life sentence with a minimum term of 40 years when he was jailed again in 2013.

In the programme, which is on CBS Reality this evening, Donal MacIntyre examines what happened in the extraordinary case.

He said that one in five murders in the UK are committed by former prisoners. He asked: “Why did they kill and could they have been stopped?

“There has been a staggering 63 per cent increase in the number of homicides committed by ex-inmates in the last five years.

“Why these tragedies happened is different in every case. Some criminals are psychopaths, their murderous intentions festering for years inside prison, unsuspected by those around them.

“For others, lack of rehabilitation while in prison, shorter sentences and ineffective supervision outside prison contributed to the terrible murders they committed.” 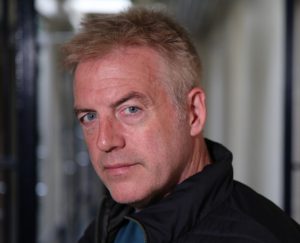 The series includes 10 hour-long episodes focusing on 10 significant cases, some of them involving murders that were committed almost immediately after the killer’s release from prison.

MacIntyre looks at each case with the help of an expert panel including forensic psychiatrists, a former prison governor and a retired probation officer.

They aim to answer the vital questions: could this murder have been prevented and could a life have been saved?

The episode tonight also includes commentary from two reporters based in Brighton and Hove – Paul Cheston and Frank le Duc.

Donal MacIntyre’s Released to Kill series 1, episode 7 is due to be aired on CBS Reality at 10pm tonight. CBS Reality is channel 67 on Freeview, 135 on Freesat, 146 on Sky and 148 on Virgin.