Highways bosses have issued a warning for drivers about an abnormal load which is expected to lead to traffic jams, delays and diversions in and around Brighton and Hove at the weekend. 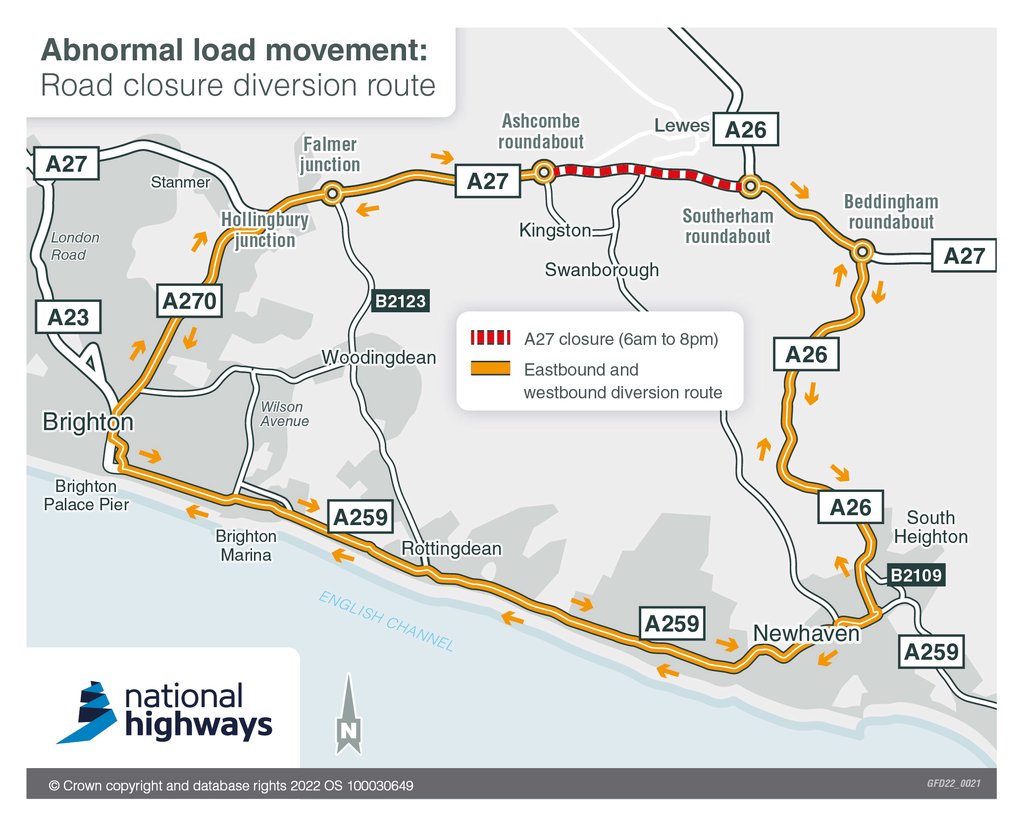 An electrical transformer and an electrical reactor are being transported from Shoreham Harbour to a National Grid electricity sub-station in Ninfield, between Bexhill and Battle.

Some stretches of the A27 will be closed for much of the day on Saturday (19 March) and the A23 junction at Patcham may also be closed temporarily while the load switches carriageways.

It may also prove necessary to shut a stretch of the A23 between Patcham and Lewes during the early part of the journey while the Lewes bypass is also expected to be shut for several hours.

The central reservation is expected to be removed at Patcham before the load passes over a temporarily constructed bridge there – and the crossing point would be removed before the road could reopen.

Sussex Police will provide an escort along the entire 41-mile route from the harbour, along the A259 Kingsway and up Church Road, in Portslade, and Trafalgar Road, to the A270 Old Shoreham Road at Southern Cross.

From Old Shoreham Road, the load will turn left and head north up the A293 Hangleton link road to the A27 Brighton bypass.

Roadside infrastructure will be removed then replaced to allow the critical equipment to pass, with an average speed of 3mph to 4mph during the 12-hour journey.

East Sussex County Council said today (Monday 14 March): “Each load is over 300 tonnes in weight and over 70 metres in length.

“Due to the complexity of moving equipment of this size, this will cause significant disruption to traffic along the route and will have an impact in your area.

“This is essential equipment to allow the National Grid to provide energy to homes and businesses.

“The A27 will be closed between Ashcombe and Southerham roundabouts, with traffic diverted via A270, A259, A26 and vice versa. 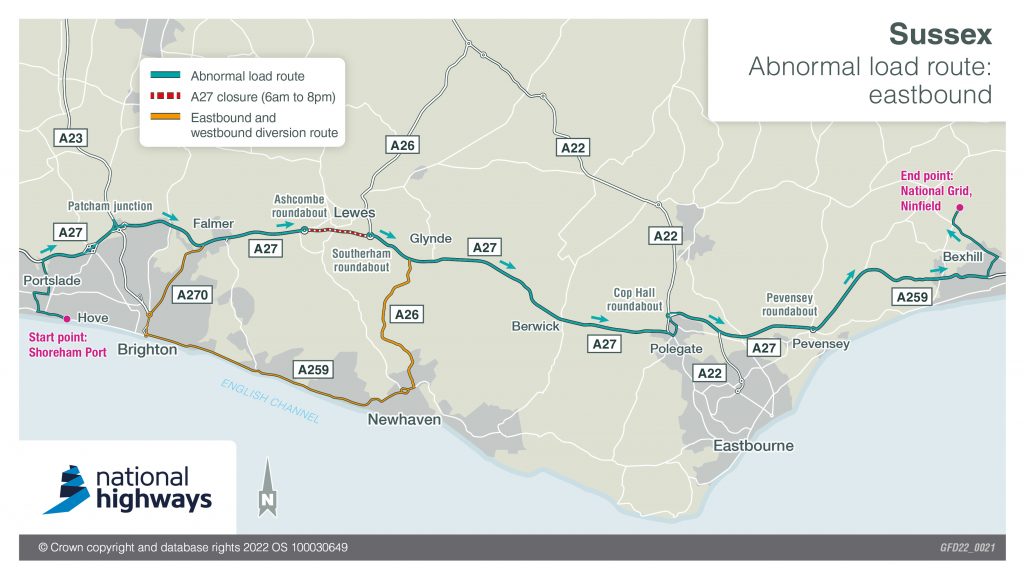 “The route has been planned to allow the safe passage of the vehicles within the county.

“We know that this will have an impact on the traffic and parking in your area but this is unavoidable and we apologise for any inconvenience in advance of the National Grid movement.

“There will be a variety of measures to ensure safe passage through the streets, including the removal of street furniture, parking restrictions and the temporary holding of traffic by the police, if required.

“The vehicles will be leaving Shoreham Docks at 9am and it is planned that they will arrive at Polegate between 5pm and 6pm, then heading to Bexhill, before arriving at Ninfield between 7pm and 8pm.

“These timings are subject to change depending on the progress of the vehicles along the route.

“To follow the progress of the convoy on the day, please follow us and National Highways on Twitter @HighwaysSEast and @esccroads where regular updates will be posted.”

This Saturday there is a National Grid slow-moving abnormal load travelling along the #A27 & #A259 from #Shoreham at 9am arriving #Ninfield around 7-8pm. We’re expecting delays, so plan extra time into your journeys. https://t.co/3hfBUeNRcq pic.twitter.com/3YqYpUijUF