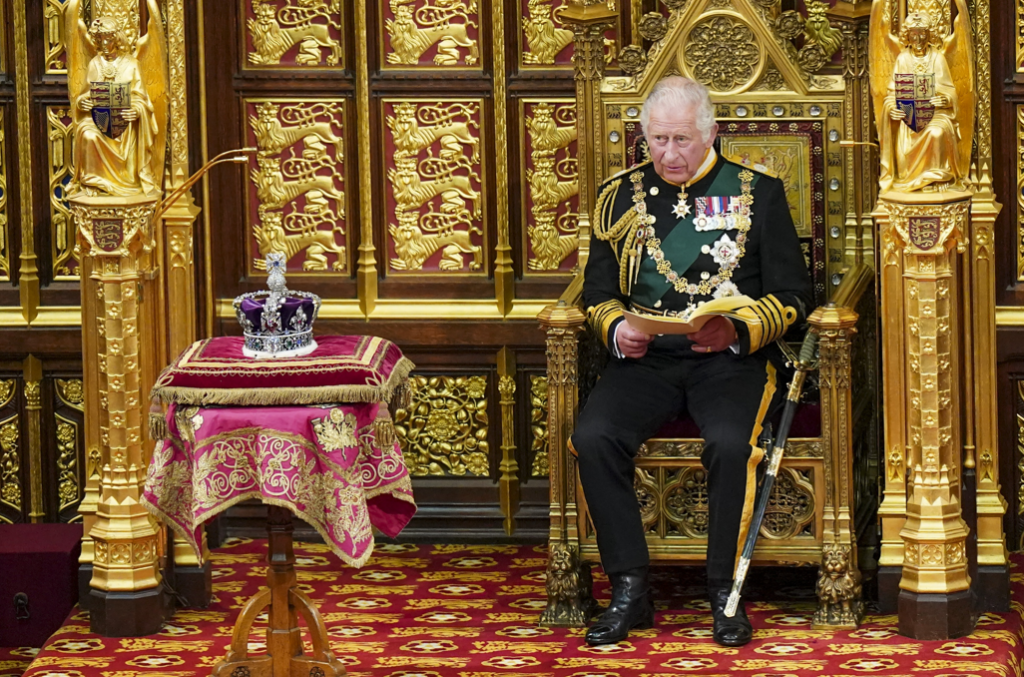 The Green MP for Brighton Pavilion, Caroline Lucas, has criticised “the climate-shaped hole at the heart of the Queen’s Speech”.

She spoke shortly after the Prince of Wales read out the speech which sets out the government’s law-making plans for the coming year.

Ms Lucas said: “As we have come to expect from this government, there was a climate-shaped hole at the heart of the Queen’s Speech today.

“On the very day when we’re hearing predictions from the Met Office that the probability of surpassing 1.5C heating within five years is now 50 per cent, the government has utterly failed to acknowledge let alone address this crisis.

“An energy security bill is to be welcomed but it rings hollow if it fails to provide a retrofit revolution – a mass programme of heat pumps and home insulation, designed to slash household energy bills, reduce energy demand and cut emissions while we’re at it.

“We desperately needed the government to tackle the root cause of our energy and climate security problems and adopt a fossil fuel treaty to keep fossil fuels in the ground.

“I’m also hugely disappointed at the absence of a nature bill. It’s a great irony that Prince Charles, such an ardent advocate for the environment, was forced to read out a speech which had nothing on the environment, and which dropped all plans for a ban on foie gras, fur imports and trophy hunting.

“Meanwhile, the government is determined to crack down on our justice system and the very core of our human rights to restore the balance of power in their own favour.

“This speech was the embodiment of a Tory party which is hell-bent on increasing its own powers, while turning a wilfully blind eye to the biggest crises of our time.”

Lloyd Russell-Moyle, the Labour MP for Brighton Kemptown, said on Twitter: “The smattering of ok bills (renters rights and social housing) is outweighed by unnecessary and oppressive bills on public protest, rights and competition.

“No serious talk of increasing wages and tackling cost of living with energy bill – more of the same failed competition policy.

“No serious talk of climate change or insulation for homes. No real mention of gender violence, no tax avoidance bill, no plan for adult social care, no employment bill.”

The smattering of ok bills (renters rights and social housing) is outweighed by unnecessary and oppressive bills on public protest, rights and competition. No serious talk of increasing wages and tackling cost of living with energy bill more of the same failed competition policy.

Her Majesty’s government will drive economic growth to improve living standards and fund sustainable investment in public services. This will be underpinned by a responsible approach to the public finances, reducing debt while reforming and cutting taxes. Her Majesty’s ministers will support the Bank of England to return inflation to its target.

A bill will be brought forward to drive local growth, empowering local leaders to regenerate their areas, and ensuring everyone can share in the United Kingdom’s success. The planning system will be reformed to give residents more involvement in local development (Levelling Up and Regeneration Bill).

Her Majesty’s government will improve transport across the United Kingdom, delivering safer, cleaner services and enabling more innovations. Legislation will be introduced to modernise rail services and improve reliability for passengers (Transport Bill).

Her Majesty’s ministers will bring forward an Energy Bill to deliver the transition to cheaper, cleaner, and more secure energy. This will build on the success of the COP26 Summit in Glasgow last year (Energy Security Bill). Draft legislation to promote competition, strengthen consumer rights and protect households and businesses will be published. Measures will also be published to create new competition rules for digital markets and the largest digital firms (Draft Digital Markets, Competition and Consumer Bill).

Her Majesty’s government will continue to seize the opportunities of the United Kingdom’s departure from the European Union, to support economic growth. Regulations on businesses will be repealed and reformed. A bill will enable law inherited from the European Union to be more easily amended (Brexit Freedoms Bill). Public sector procurement will be simplified to provide new opportunities for small businesses (Procurement Bill).

New legislation will strengthen the United Kingdom’s financial services industry, ensuring that it continues to act in the interest of all people and communities (Financial Services and Markets Bill). The United Kingdom’s data protection regime will be reformed (Data Reform Bill).

Her Majesty’s government will continue to champion international trade, delivering jobs across the country and growing the economy. Legislation will be introduced to enable the implementation of the United Kingdom’s first new Free Trade Agreements since leaving the European Union (Trade (Australia and New Zealand) Bill).

Her Majesty’s ministers will encourage agricultural and scientific innovation at home. Legislation will unlock the potential of new technologies to promote sustainable and efficient farming and food production (Genetic Technology (Precision Breeding) Bill).

Her Majesty’s government will protect the integrity of the United Kingdom’s borders and ensure the safety of its people. Her Majesty’s ministers will take action to prevent dangerous and illegal Channel crossings and tackle the criminal gangs who profit from facilitating them. Legislation will be introduced to ensure the police have the powers to make the streets safer (Public Order Bill).

A bill will be brought forward to further strengthen powers to tackle illicit finance, reduce economic crime and help businesses grow (Economic Crime and Corporate Transparency Bill). Measures will be introduced to support the security services and help them protect the United Kingdom (National Security Bill).

Her Majesty’s government will lead the way in championing security around the world. It will continue to invest in Her Majesty’s gallant Armed Forces. Her Majesty’s ministers will work closely with international partners to maintain a united NATO and address the most pressing global security challenges.

The continued success and integrity of the whole of the United Kingdom is of paramount importance to Her Majesty’s government, including the internal economic bonds between all of its parts. Her Majesty’s government will prioritise support for the Belfast (Good Friday) Agreement and its institutions, including through legislation to address the legacy of the past (Northern Ireland Troubles (Legacy and Reconciliation) Bill).

Her Majesty’s government will ensure the constitution is defended. Her Majesty’s ministers will restore the balance of power between the legislature and the courts by introducing a Bill of Rights (Bill of Rights). Legislation will prevent public bodies engaging in boycotts that undermine community cohesion (Boycotts, Divestment and Sanctions Bill).

Her Majesty’s government will introduce legislation to improve the regulation of social housing to strengthen the rights of tenants and ensure better quality, safer homes (Social Housing Regulation Bill). Legislation will also be introduced to ban conversion therapy (Conversion Therapy Bill). Proposals will be published to establish an independent regulator of English football.

In this year of the Platinum Jubilee, Her Majesty looks forward to the celebrations taking place across the United Kingdom and throughout the Commonwealth, and to the Commonwealth Games in Birmingham this summer.

Members of the House of Commons, estimates for the public services will be laid before you.

My lords and members of the House of Commons, other measures will be laid before you.