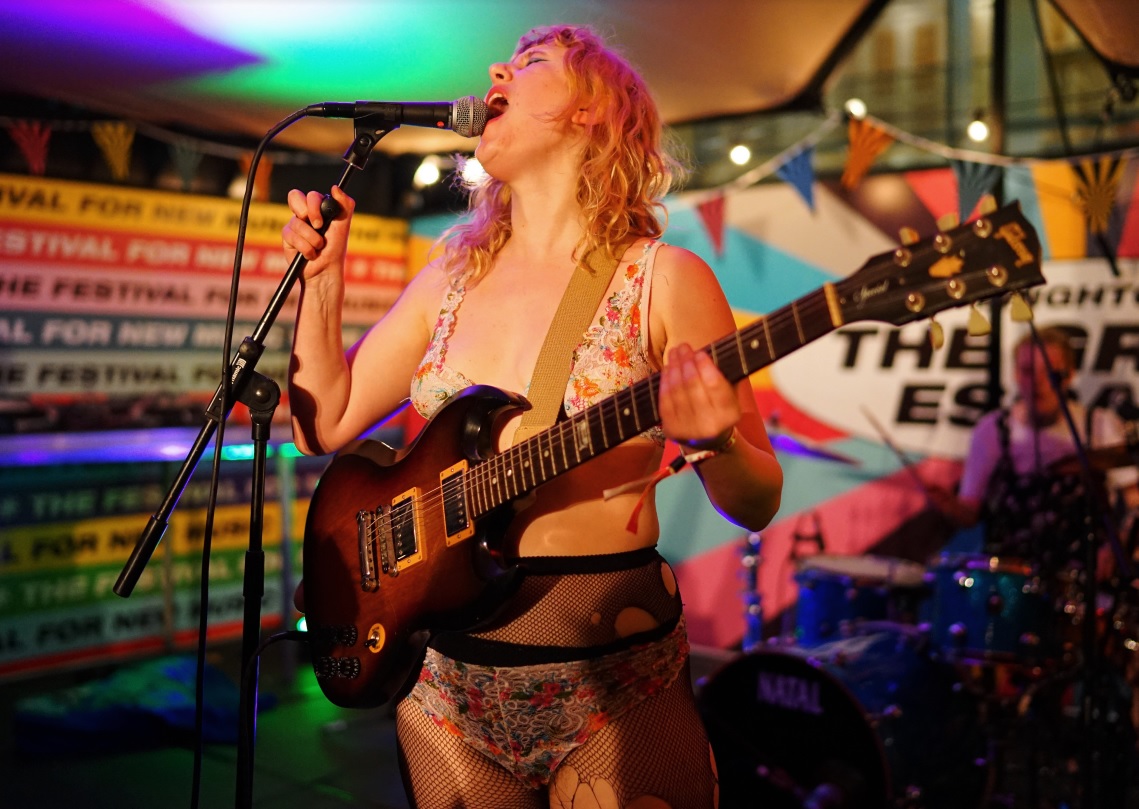 After a three year enforced hiatus courtesy of Covid, Europe’s biggest new music festival, The Great Escape, was finally back in Brighton and Hove from Wednesday 11th to Saturday 14th May. 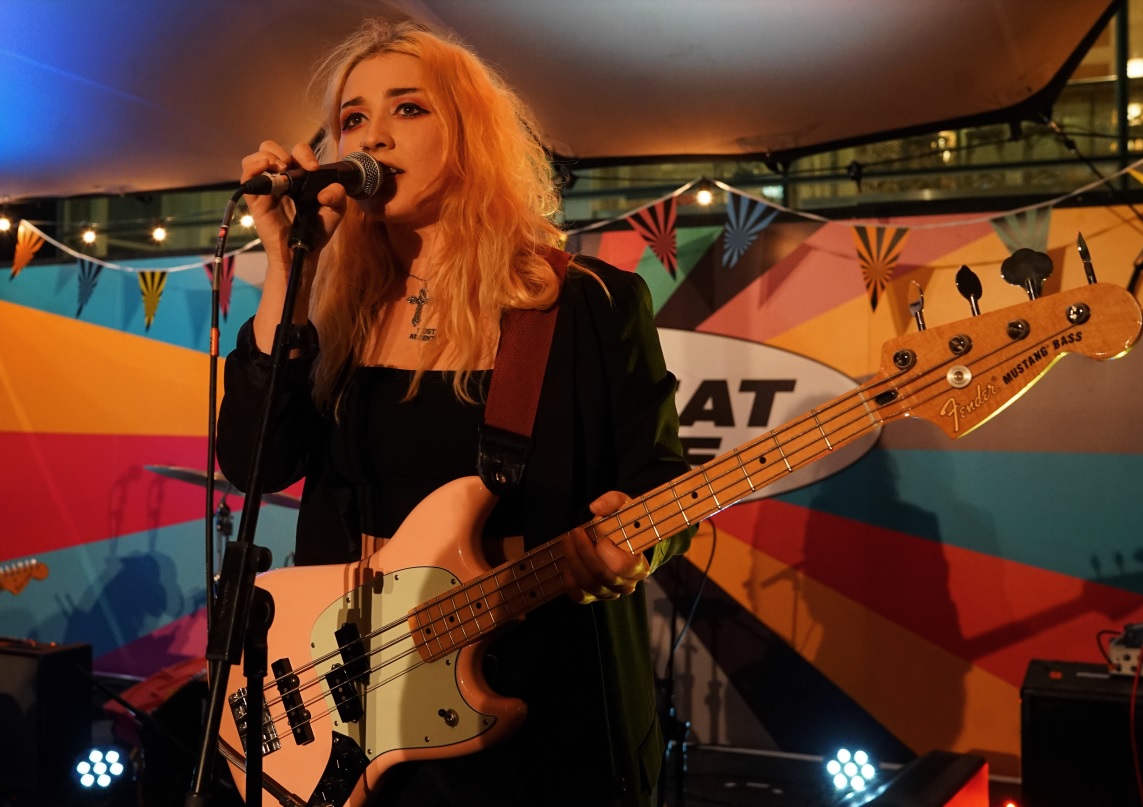 The Great Escape was founded in 2006 and has been firmly established internationally as the leading event for showcasing new music. Taking place in Brighton over 3 days (or more) each May, The Great Escape kicks starts the UK festival season by introducing 16,000 music lovers to the key artists and sounds of the year. Once again this year there were well over 450 bands playing live in at least 30 venues throughout the city. The Great Escape is the key date in the music calendar. In addition to pre-publicised performances, impromptu street gigs spring up all over town. The Alternative Escape, numerous club nights, label parties, industry showcases, unique collaborations and outdoor gigs all add to the festivities. 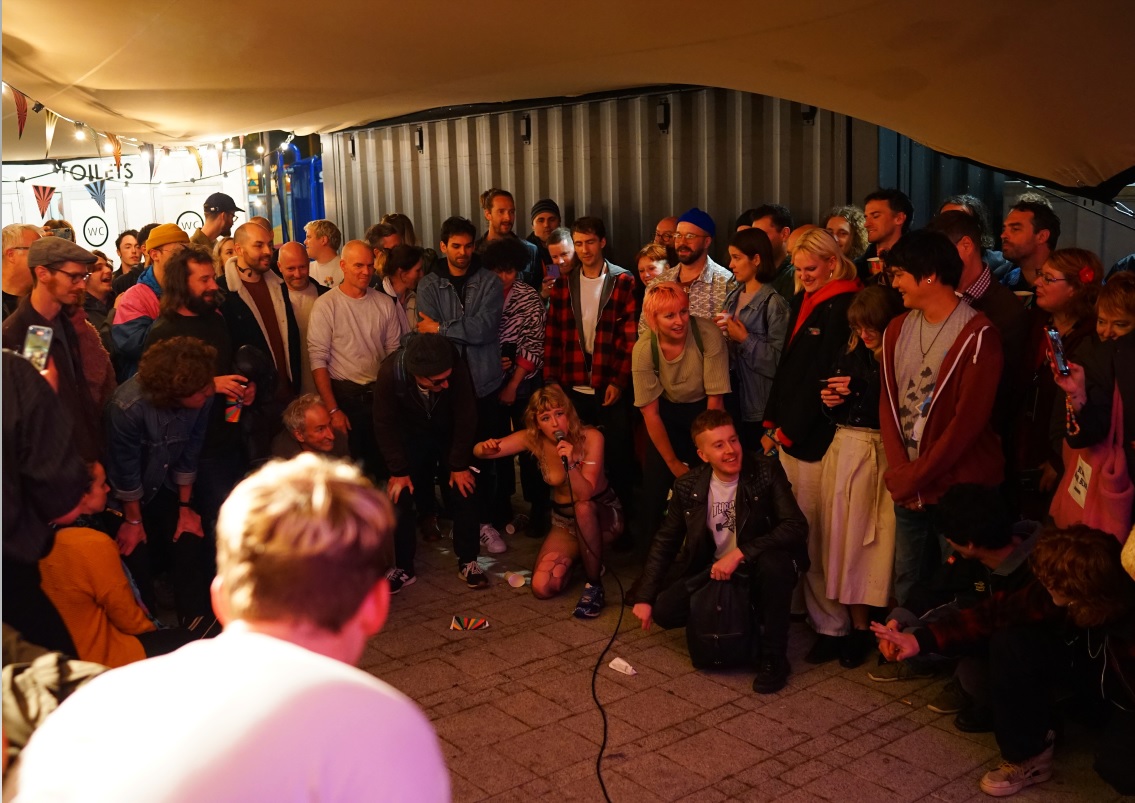 This year’s opening party to kick things off was held on Wednesday 11th May in the centre of town in Jubilee Square. Unusually this was a free to all event and no wristbands were required. All of the artists had Brighton connections or were based here. The event was broadcast live and put on by Platform B, Brighton’s next gen radio station and The Great Escape. 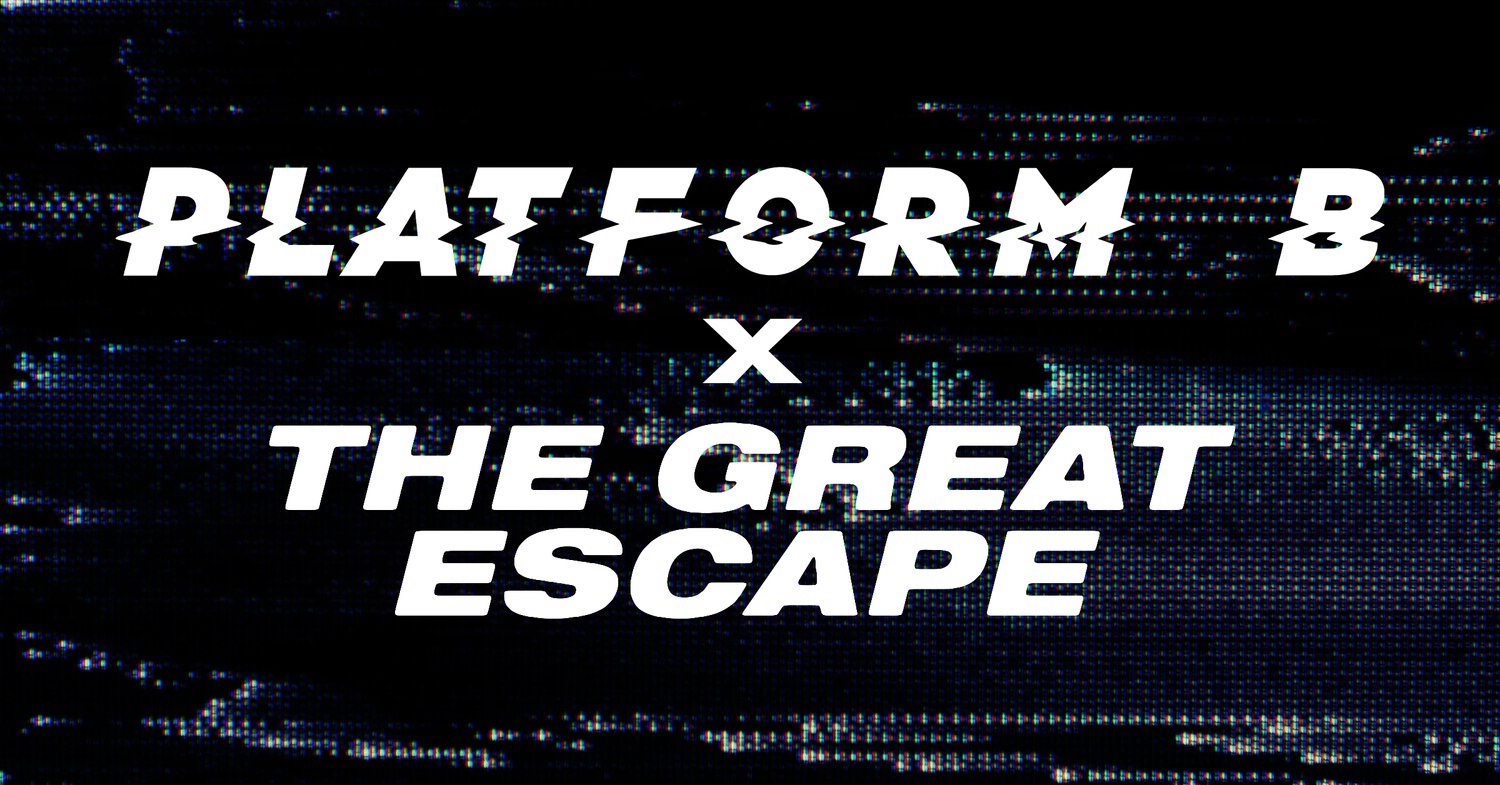 The party kicked off at 5pm with an Afrobeats DJ Set ft. DJ Riz and Nelson-6. Eva followed this at 6pm, then at 7pm it was the turn of Kaisha. The Illajoy quartet played from 8pm and after their set the Brighton & Hove News Music Team arrived in time to catch CultDeep ft Trickk, Idyll, Jiang! & Skii set at 9pm and then at 10pm if was the turn of the Lambrini Girls.

The Brighton & Hove News Music Team were out in force for the whole of the festival and the reports from the many concerts witnessed will follow as soon as we have collated them! We endeavoured to cover as many artists in as many different venues as possible. We were very successful in achieving this. Keep your eyes peeled for our Thursday 12th, Friday 13th and Saturday 14th May concert reports over the next few weeks. In the meantime, here’s the two that we witnessed at the opening party………….. 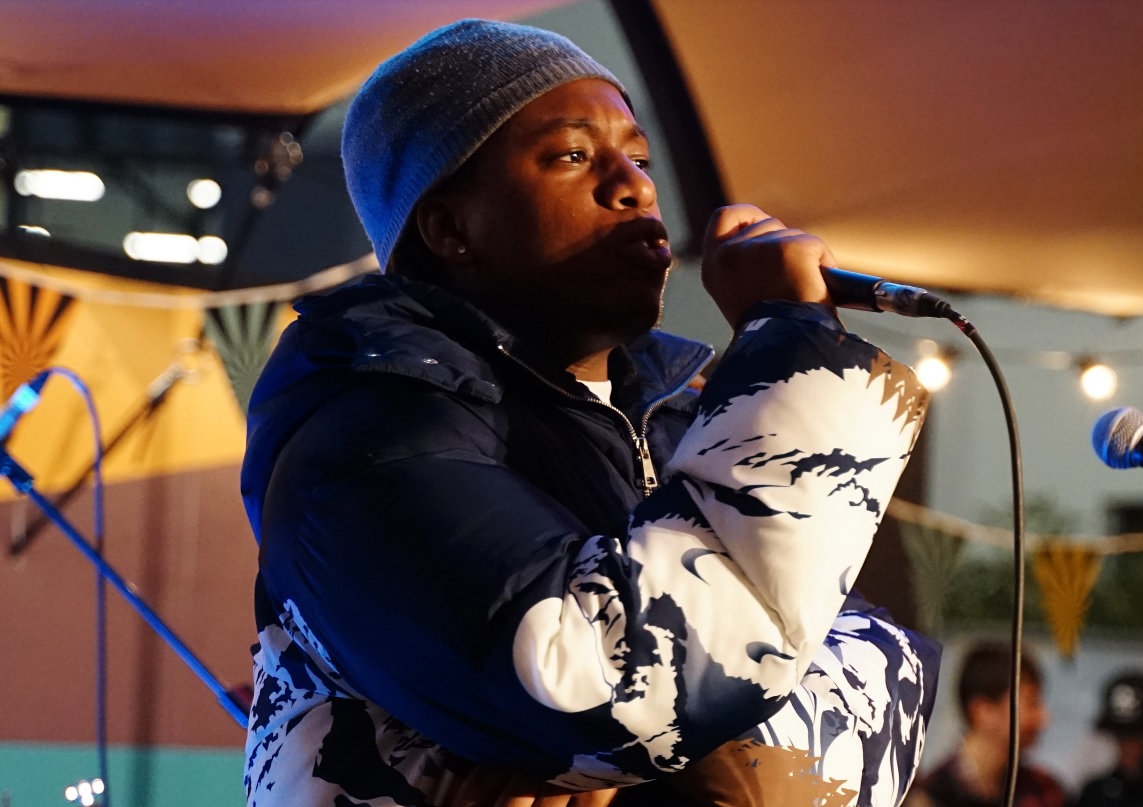 The first artists that we witnessed performing live at this year’s Great Escape new music festival was the CultDeep Records posse which featured Trickk, Idyll, Jiang! And Skii. CultDeep Records is a Brighton-based independent label, founded by Guami and King Girl as a platform through which to release and promote their own music and that of artists that they love. CultDeep Records operates as the music hub of the wider CultDeep Art Collective. 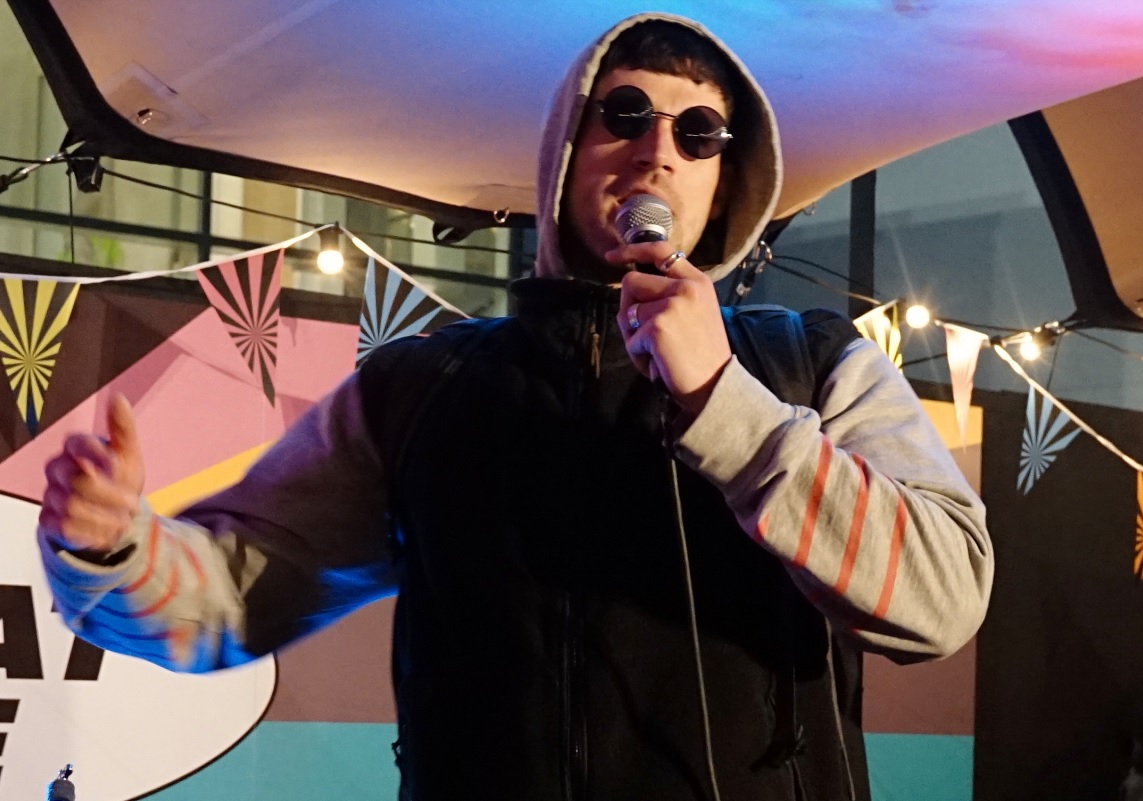 A sizable crowd was already in situ at Jubilee Square (next door to Brighton’s main library) on our arrival, having walked the short distance from the Jurys Inn where we had collected our Great Escape Festival passes. A DJ was at the controls and the quartet of guys (mainly individually) rapped atop the tunes in rotation. There was certainly much kicking of rhymes with possibly some off the dome over the top of the kick, snare, hi-hat, and bass beats.
(Nick Linazasoro) 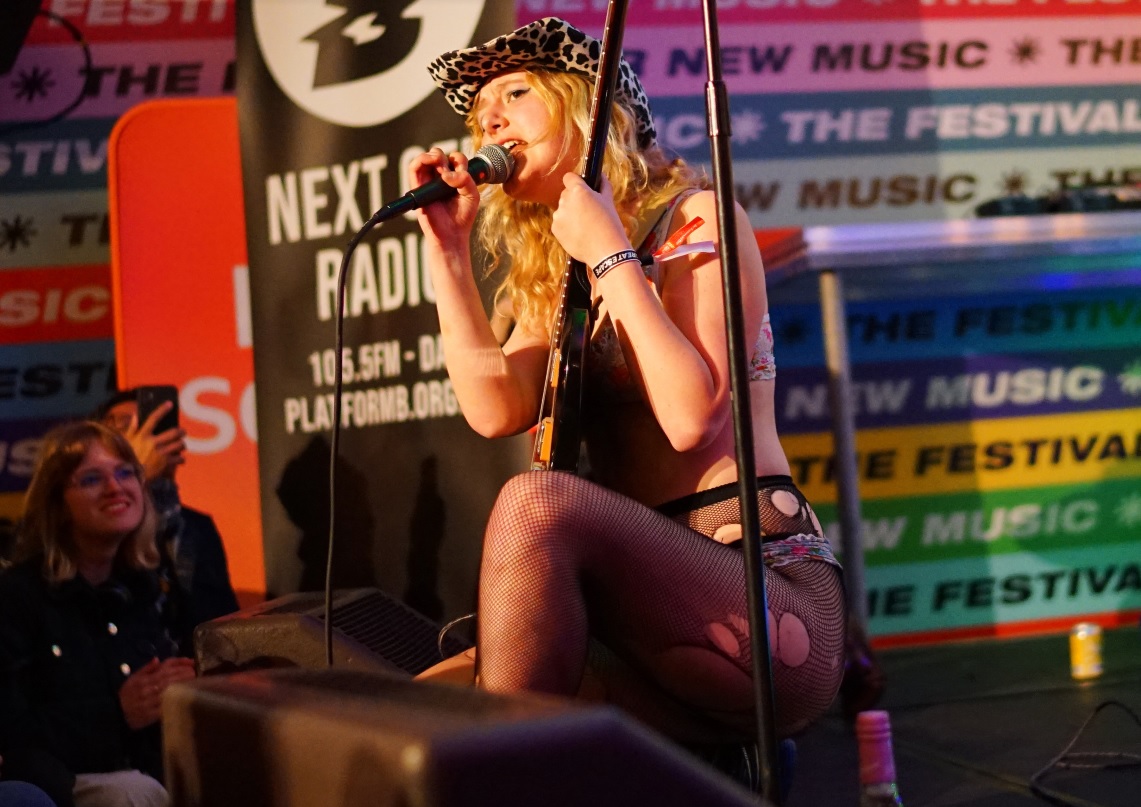 The Lambrini Girls are a punky three-piece consisting of Phoebe (vox/guitar), Catt (drums) and Lilly (bass). They are anarchic, hilarious, and also purveyors of a very serious message, all of which they do simultaneously which is no mean feat. Just prior to their set Phoebe’s guitar gave up the ghost, so a 14 minute delay ensued until a trusty old Gibson turned up. They were last on stage this evening so the enforced hiatus didn’t matter. 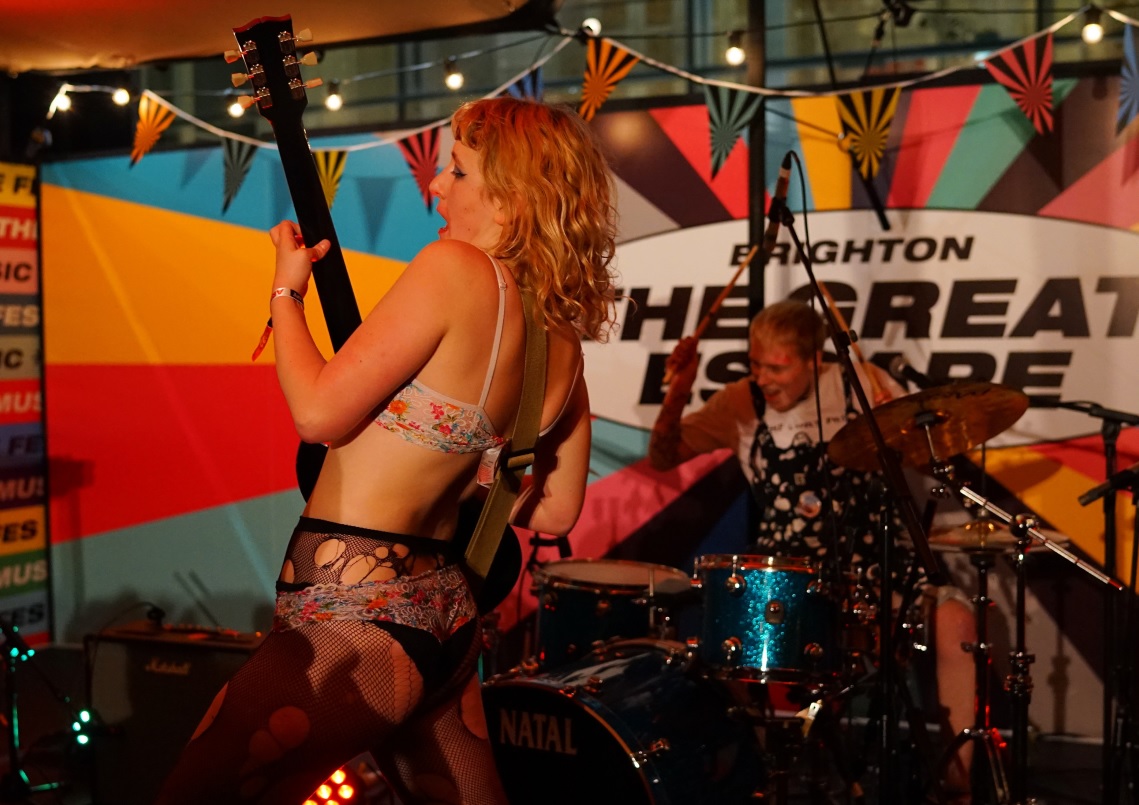 Vocalist Phoebe Lunny made the customary repeated forays into the audience in her underwear where modesty wasn’t quite obtained. She tells the audience to get down on the floor, which they do and then jump up in unison. The mosh pit is well under way for their ‘Big Dick Energy’ tune. This isn’t just a gig, this is performance art. They went down an absolute storm.
(Nick Linazasoro) 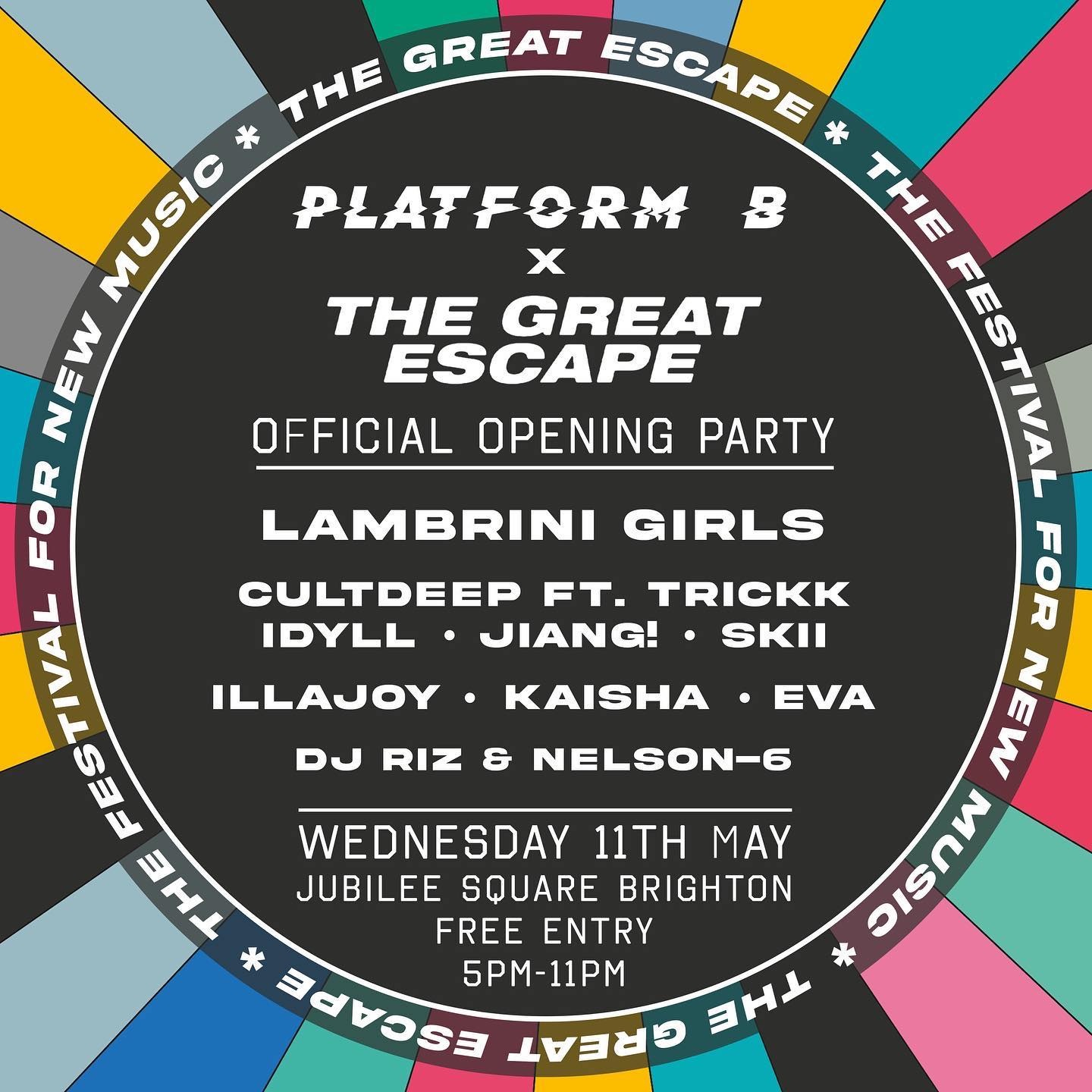