‘I’m no racist!’ – councillor hits back in row over mayoralty

Councillor Dawn Barnett has hit back in the row over the mayoralty, making a formal complaint about remarks by a political opponent and saying: “I’m no racist.”

The Conservative councillor agreed to step in when her friend and colleague Mary Mears became ill and unable to take over as mayor of Brighton and Hove at a ceremony this month.

She was nominated by her group but, despite the council’s conventions on the politically neutral role of mayor, her appointment was blocked by the Greens and Labour.

The joint Labour opposition leader John Allcock said: “We were unsure of the appropriateness of someone with a track record of inflammatory public statements about ethnic minorities, the homeless and LGBTQ+ people becoming the first citizen of Brighton and Hove.”

Councillor Barnett, 80, has twice been cleared of breaching equalities rules by Brighton and Hove City Council standards panels in 2011 and 2013.

She said: “I’m not a racist just because I don’t want travellers in public parks and leaving a mess behind. It costs taxpayers’ money to clear up.

“There’s a perfectly good travellers site and it’s often got empty places. They should go there.

“I’m not homophobic. I don’t care whether someone’s gay, straight or whatever. It’s the kind of person they are that I care about.”

She said that sex and sexuality were private matters best kept to the bedroom.

Councillor Barnett said that she had lodged a complaint alleging that Councillor Allcock had breached the council’s rules on standards of behaviour.

She is understood to be unhappy about the simplistic distortion of her position on a number of issues, adding: “It’s not right to twist my words.

“I never said the homeless should be hosed down. I said that the square outside Brighton Town Hall should be pressure-washed because of the mess left behind there – and that’s the same for lots of places in Brighton.

“People pee and poo in the streets. It’s not fair that visitors and people who work here have to put up with it.

“At the moment Brighton is a dump. This is meant to be a town for tourists.” 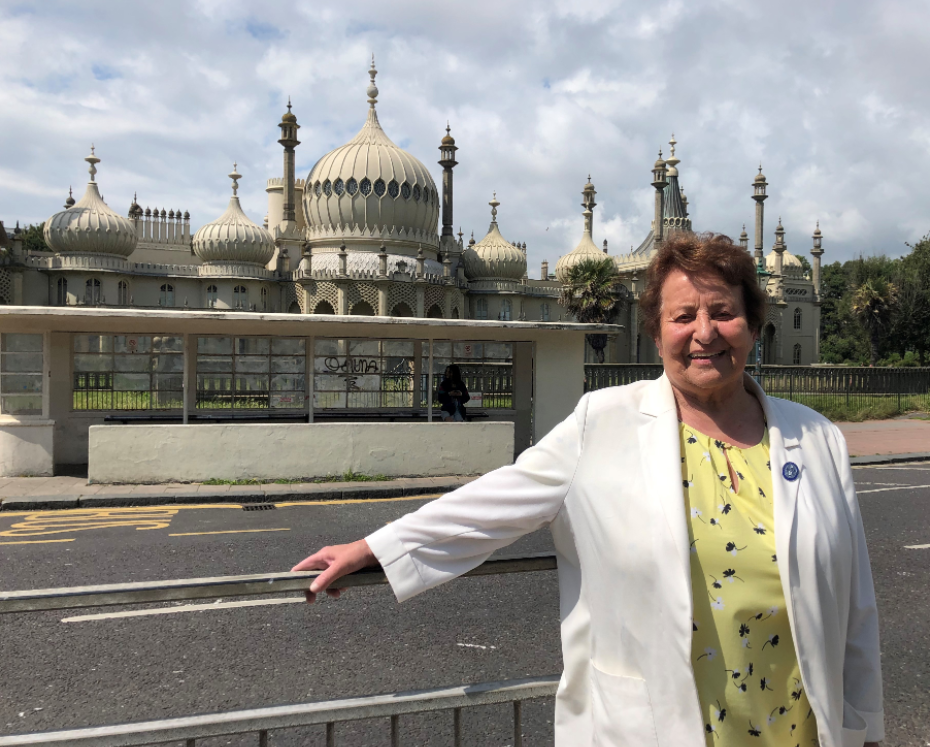 She said that she wanted those who were homeless to be housed but took issue with the council’s housing allocations policy, saying that the needs of the local population had been downgraded.

Councillor Barnett said: “They’re supposed to have a local link. We’ve got people coming down here from other towns and they’re getting housed when people who’ve lived here all their lives desperately need somewhere but they’re on the housing list for years.”

Labour councillors have also previously questioned how much effort is made to reconnect people when they are owed a “housing duty” by another council.

And Councillor Barnett added: “People don’t want to see people begging down Queen’s Road and North Street and loads of other places.

“Most of them aren’t homeless. A lot of them are just trying to get some money for their next fix.”

She has praised the work of charities such as Off the Fence and BHT Sussex, formerly known as Brighton Housing Trust, for their work with addicts and homeless people.

And she acknowledged that her political rivals did not like her plain-speaking approach, adding: “It’s common sense. They don’t like it because they know it’s what a lot of people think.”

The long-serving councillor for Hangleton and Knoll ward also disputed claims that her political opponents were not planning an “ambush”.

Labour said that they had tried to resolve the matter privately with the Tories – but some had qualms about the possibility of a contested mayor-making and at least one tipped her off.

Councillor Barnett said: “I don’t care whether someone’s black or white, pink or purple, gay or straight or whatever. I care whether they’re kind and decent.”

And she thanked those in her ward who had had kind words for her as the saga unfolded, adding: “I really ought to thank the Greens and Labour for all this free publicity they’ve given me a year before the elections.”