A woman whose life was saved by a Brighton RNLI lifeboat crew has become the volunteer manager at the charity’s shop at Falmouth Lifeboat Station.

Lise Vittrup spoke about the rescue – more than 25 years ago – and said: “I have always had a special place for the RNLI because of what happened.”

She and a friend were swept into the sea near the Palace Pier late in the evening on Thursday 7 September 1995.

The RNLI said: “They had been caught by the undertow and ended up under the pier about 20 yards offshore.

“The rescue resulted in the RNLI awarding a Silver Medal to the lifeboat’s helm and a Bronze Medal to the other two crew members.

“This was the first time in the history of the RNLI that all three crew members of an Atlantic inshore lifeboat had been awarded medals for gallantry for a single service.

“Despite there being a force 4 to 5 onshore wind at the time of the incident, the sea and surf state had remained high due to a south westerly gale blowing earlier in the day.

“The lifeboat helmsman was surprised how vicious the sea was so close to the shore.

“The lifeboat crew only had an approximate position of the two girls but, in very difficult conditions, they managed to locate them under the pier.

“Unfortunately, while manoeuvring in the confined space, the lifeboat’s sponson burst as a result of being punctured by a hidden metal spike.

“The bow and part of the sponson immediately deflated which left the lifeboat open to the seas.

“Despite the difficult conditions and one crew member suffering a broken finger, severe bruising and a twisted knee during the rescue, both casualties were brought aboard the inshore lifeboat.

“They were both in a distressed state and suffering from hypothermia.

“The helm managed to manoeuvre the lifeboat clear of the pier and into quieter water but it was too damaged to continue the service unaided. 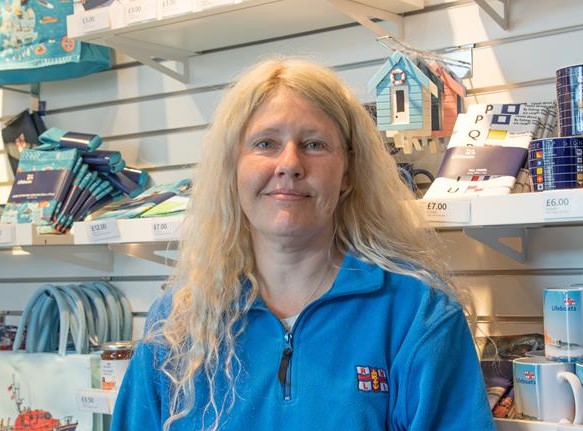 “The casualties and the Brighton inshore lifeboat crew were transferred to the Newhaven all-weather lifeboat and landed at Brighton Marina.

“The two girls and the injured lifeboat crew member were then taken to hospital.

“At the time of the incident, Lise had just moved to Brighton to start a fine art photography course and had found a flat to share with her friend.

“They had spent the day and evening decorating and had arranged to meet some friends for a last orders drink. They then walked down to the seafront to get some chips and socialise.”

Ms Vittrup said: “It was a nice evening and quite warm as I remember but the sea was a bit wild.

“I had no intention of going into the water. I grew up by the sea. I sailed and was a member of the sea scouts so I had respect for the sea.

“However, I had never encountered a pebbly beach like Brighton before and it didn’t occur to me how different it could behave and I didn’t fully understand the dangers of the English Channel. 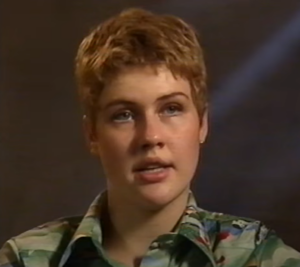 Lise Vittrup speaking to the BBC after the rescue

“I just went into survival mode and instinctively knew that I didn’t want to waste my energy swimming. I knew we had to save our energy by floating which was possible once we got beyond the breakers even though the sea was quite wild.

“At this point the pier was still a distance from us. I had hold of my friend as she was having a bit more trouble than I was.

“Eventually we got close enough to the pier to make a break for it. I decided that there was more chance of being found under the pier than out in the open water.

“I had hold of my friend all the time and together we managed to scramble up on to the struts underneath the pier. We were knocked off a few times by the waves but clambered on again.

“In the end I worked out how to get on to the side where the waves would press us against the structure rather than push us off.

“My friend was losing strength and she just wanted to sleep. I was holding on to her wrist and I just screamed at her to keep going.

“When I saw the lifeboat coming in under the pier, I knew we were safe.”

Ms Vittrup added: “It really did have an effect on my life. I didn’t go near water for years after the incident.

“It was frightening thinking about being in water but then I moved to Cornwall and decided it was time to go back in the sea so I went for a swim and fell back in love with the water.

“I found myself having time to be able to volunteer so I looked on the RNLI website and saw there was a vacancy for a shop manager at Falmouth Lifeboat Station. I have experience in retail management so I knew it was something I could do.

“I want to help raise money to help the brilliant crews that go out to save lives at sea. I owe my life to the RNLI, there’s no doubt about that.

“I was lucky to get rescued that night. The skill of the lifeboat crew was amazing.”