A team of five cleaned more than 200 examples of graffiti from properties in a Brighton shopping street in just three months. 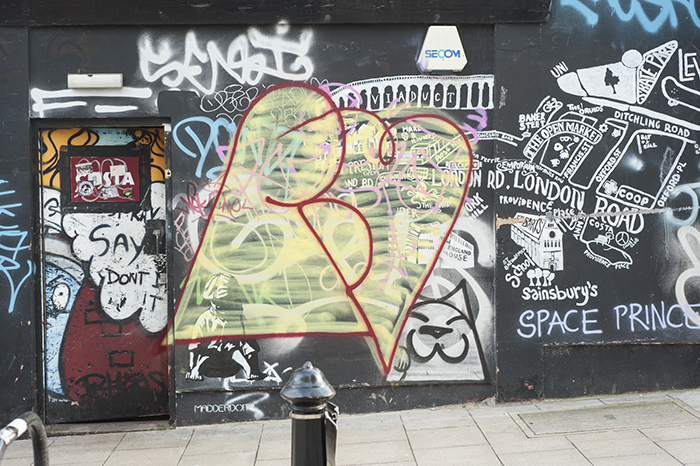 But during the trial “zero tolerance” crackdown in London Road, Brighton, the team found graffiti vandals were quick to respray newly cleaned surfaces.

The crackdown – from the start of November – involved a small team of staff from Brighton and Hove City Council’s rubbish, recycling and street cleaning service Cityclean.

They spent the first six weeks of the trial cleaning every surface defaced with graffiti and dealing with any new graffiti on any property – public or private – within 24 hours.

In the weeks after the initial clean up, the team – which would usually deal only with public property unless the graffiti was offensive – monitored the area.

Cityclean boss Rachel Chasseaud said: “It took all our staff and all our resources to do that. Unfortunately, the graffiti did come back very quickly. For that to be able to work, you’d have to keep at it.”

Mrs Chasseaud spoke about the trial at a council housing management panel meeting this week.

She said that when she started at Cityclean there was just one worker deployed to remove graffiti, with a second person taken on in late 2019.

The council budgeted an extra £100,000 to tackle graffiti just over a year ago – and last autumn it recruited two extra staff and a team leader.

Mrs Chassaeud said that graffiti was a “massive challenge” with staff constantly tackling the problem across Brighton and Hove.

The council has previously said that it would fine businesses that did not remove graffiti from private property including the “street furniture” owned by telecom companies.

As a result, it said, private organisations would be more likely to take swift action to clean up graffiti on their property.

Critics have said that the policy added insult to injury by threatening to punish the victims of crime.

The Brighton Society documented the astonishing extent of the problem in a post on the group’s website four years ago. Click here to see what they found.