Royal honour for Sussex professor forced out in trans row 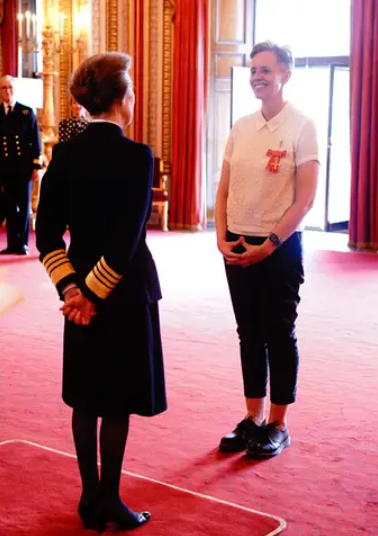 The Sussex University professor who was forced out of her job in a row over trans rights has been honoured at Buckingham Palace.

Kathleen Stock, former professor of philosophy at Sussex, was made an OBE (Officer of the Most Excellent Order of the British Empire) in the Queen’s new year honours.

Dr Stock, 49, was recognised for her services to higher education and has been a key figure in the continuing debate about free speech, academic freedom and trans rights.

On Thursday (14 July) she attended her investiture at the Palace where Princess Anne presented her with the insignia – or medal – of the order.

Dr Stock quit Sussex last year amid a row over her views on gender identity and a targeted campaign aimed at driving her out of her job.

When asked if she would work in a British university again, she said: “No, I think probably not now.”

Her decision came after an anonymous group, reportedly set up by students, started a campaign to have her sacked amid accusations of transphobia – a claim that she denies.

At the same ceremony, Joanna Lumley, 76, was formally made a dame. She described it as thrilling and “like a fairy story”.

The actress and campaigner, known for playing Purdey in the New Avengers and Patsy in Absolutely Fabulous, was honoured for services to drama, entertainment and charitable causes.