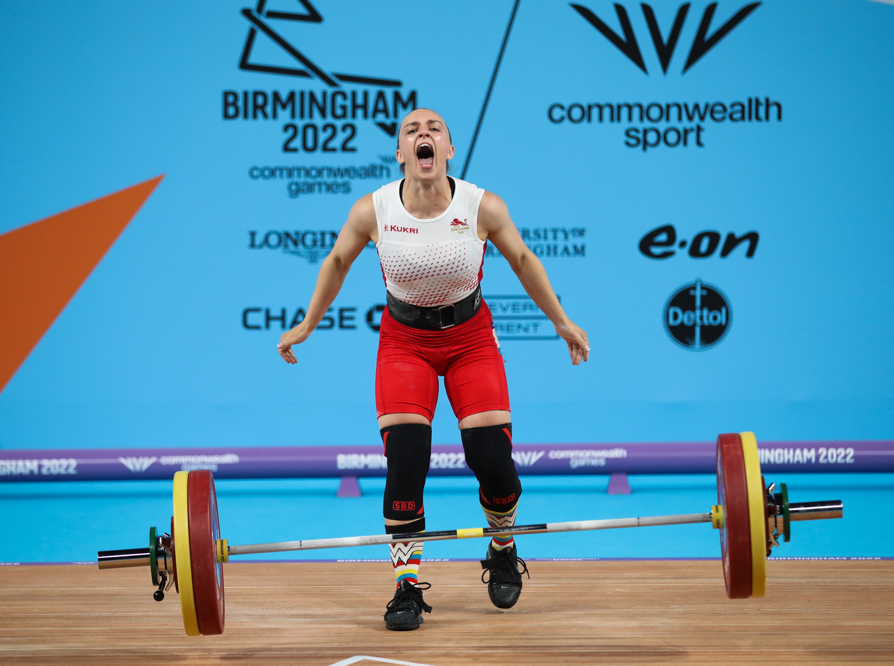 A former Brighton University student has won a silver medal at the Commonwealth Games after “stumbling” upon sport during her studies.

Jessica Gordon-Brown reflected fondly on the “happy accident” that led to her pursuing weightlifting after claiming a Commonwealth Games silver in the women’s 59kg final.

A once budding judoka as well as a national acrobatic gymnastics champion at one point, Gordon-Brown happened upon what would prove to be her true calling in her final year at Brighton University.

The 26-year-old from Harefield said: “I’m so glad that finally after doing three different sports I found the one for me. “I think I’m built for it and I glad I stumbled into it. A happy accident.”

Gordon-Brown lifted 86kg in the snatch and then 111kg in the clean and jerk for a combined 197kg, enough for second place which she celebrated with a backflip at Birmingham’s NEC Arena.

Rafiatu Folashade Lawal, from Nigeria, set a new Games record with 206kg to capture the gold medal while Tali Darsigny from Canada took bronze after lifting just 1kg less than an ecstatic Gordon-Brown.

Gordon-Brown said: “It wasn’t a perfect backflip but it just shows how much I had to put into that last clean and jerk.”

She added: “I didn’t really know how to celebrate. It just happened. That was sheer euphoria. I haven’t quite accepted what’s just happened yet.

“It’s something I’ve been dreaming about for a very long time, something I never would have thought I’d hear and it’s really nice to see the hard work finally pay off.”