Ukraine, Eurovision and the challenges of hosting

Since Thursday 24 February, when Russia invaded Ukraine, hundreds of Ukrainians have arrived in Brighton and Hove. Currently, there are 213 adults and 130 children (0 to 18) and 178 hosts.

A handful have gone back to Ukraine, like my mother-in-law who lives in the relative safety of Kyiv, desperate to see family and live as normal a life as possible despite the air raid sirens. Other Ukrainians have gone back temporarily for the summer to see their husbands before they go to fight.

The council has provided a range of invaluable support for Ukrainians, including a dedicated team of staff, a huge amount of co-ordination, face-to-face support and emergency help. Children have been placed in schools promptly.

But, necessarily, the voluntary sector has taken on a huge amount of the work, notably the Network of International Women led by Fiona Sharpe, and Stand for Ukraine, set up and run by a small band of Ukrainians and British volunteers.

Both groups co-ordinate a range of support groups hosted by All Saints Church, Hove, every Saturday, and continue to provide advice and support to new Ukrainians and hosts every week.

It has been very challenging for them to keep going – volunteering is a tough calling – but they do and they will. Lots of pubs, clubs, churches, media organisations, charities and individuals have taken the Ukrainian cause to heart, raising money or putting on events.

Ukrainians too have made Brighton and Hove their home, finding jobs in schools, in supermarkets, as cleaners and as English language teachers. They have enthusiastically showed off their culture, kept their culture alive while living in a strange country, in fantastic events such as Ivana Kupala, a celebration of the shortest night, held at Preston Park recently.

The war is far from finished. Kyiv stands eerily quiet. There is expectation of a counter-offensive in the coming weeks in the south of Ukraine to retake the city of Kherson.

There are said to be 700,000 Ukrainian soldiers training in the west of Ukraine, with more training abroad. The Ukrainian woman sitting next to you on the bus may well have a husband about to go off to fight.

Ukrainians in Brighton and Hove are desperately worried too about where they will live after the initial six months with their hosts.

Some Ukrainians have already had to move, perhaps after only a month, perhaps because of personality and culture clashes – I personally know of five Ukrainians, including children, who have had to leave their hosts early.

It is really tough being a host (I know having had my mother-in-law for two and a half months), putting up with a stranger who might not speak English, who wants to cook in a different way, who has annoying habits.

But also what a privilege being able to look after a Ukrainian who is trying to hold on to their endangered way of life. 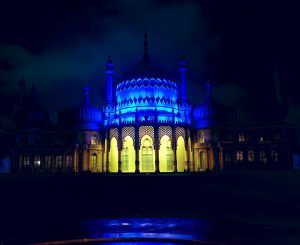 The vast majority of hosts have been welcoming and hugely appreciative of this new guest in their life – a life-changing event – and some are happy for them to stay beyond six months.

The cost of living crisis has also unfortunately made it hard for some hosts to afford a Ukrainian guest even though they have become part of the family. There is a lot of guilt on both sides.

Many Ukrainians will have lived with their hosts for six months in September or October and wonder how they can find a new host or how they could possibly afford accommodation in such an expensive city.

Much of the work Ukrainians have found has been close to minimum wage. Imagine coming to a foreign country, your own country war torn, your husband or father fighting or dead, your home gone – and now you depend on a strange family and also have to accept a loss of work status – perhaps the least of your worries, but still.

We have rightly welcomed Ukrainians here. They are our guests and we must do all we can to house them.

Could the council set up a rental deposit loan scheme? It could offer interest-free loans to pay for the deposit asked for upfront by letting agents or landlords when renting a property.

We also need to readvertise for new hosts, especially as more Ukrainians will be coming here, and many hosts have already played their part. 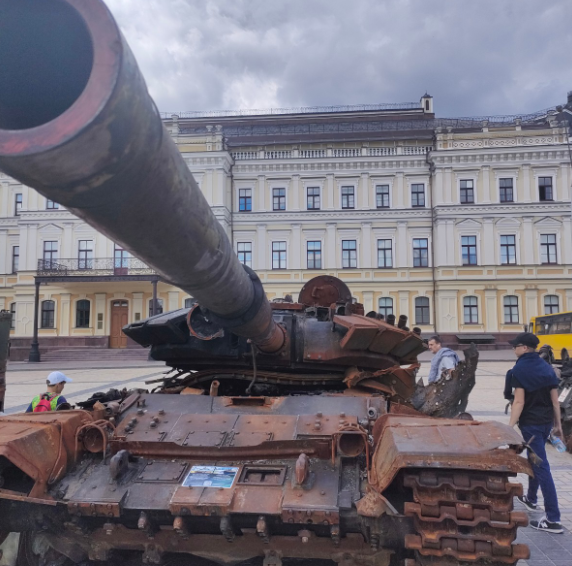 There has been much talk about Brighton and Hove hosting Eurovision. I am a big Eurovision fan – as are most Ukrainians, especially as their country has been particularly successful in it – so it would be wonderful if this were to happen.

But if we are to do this, surely we must show the world that this city has done more than most to make Ukrainians welcome.

But before we get carried away, let’s ensure they can get work, have a home and continue to feel welcome, because more Ukrainians are coming to Brighton and Hove, the war is far from over and, this time next year, Ukrainians may well still be wondering when they can go home.

Wednesday 24 August is Ukrainian Independence day – let’s keep the Ukrainian flag flying across this city which is proud of its own independence.