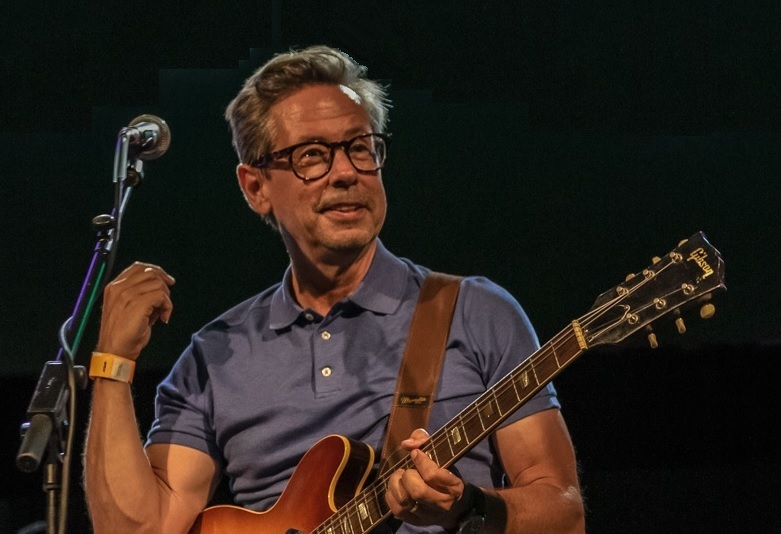 Queuing with some of the diehard fans before the venue opened, Nick Heyward arrived with Nicky Weller (Paul Weller’s sister) who curated the ‘This Is The Modern World’ event. This is the biggest ever collection of Paul Weller memorabilia spanning two decades of his career and running from 29th July – 29th August. Nick appeared to be very relaxed, chatted and had selfies taken with a few of those who had arrived early. He came across as very amenable, relaxed and showed interest in his fans. Nick had previously been quoted as saying that he was greatly inspired by The Jam so it seemed only natural that he was part of this celebration. 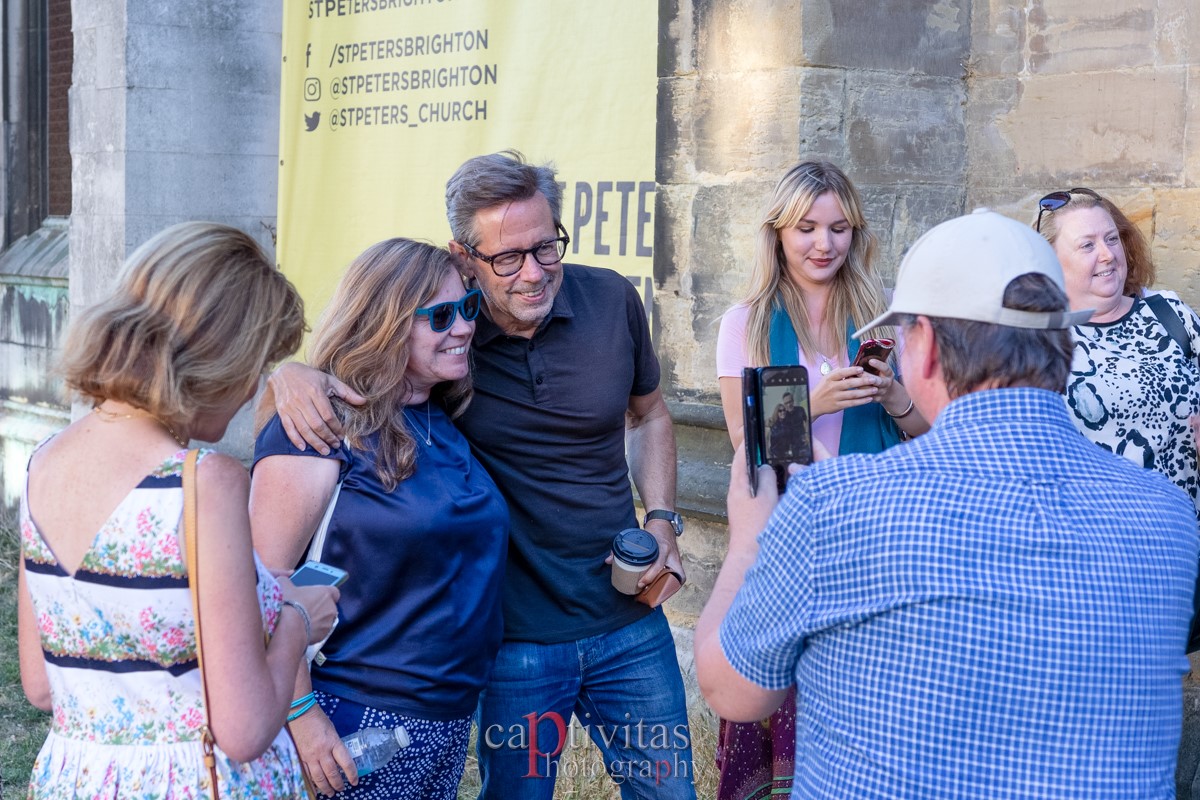 I asked four people that had their photo taken with him for a quick quote about the forthcoming gig:

Helen, who attended with her daughter said that “she had been a fan forever, and named her son Nicholas!”.

Laura had travelled down from London with her friend Lucy. She was hoping that Nick would play the old hits, and said the highlight was “seeing Nick before the show!”.

John took photos of his wife, Jackie with Nick and said he respects Nick’s music. He thought it was “really good that Nick had taken the time to talk to fans and have photos taken with them”.

Becky from Shrewsbury has been to quite a few Nick Heyward gigs – around 4 or 5 every year since 2017. She used to sit outside of the “Ski Club” (where Nick lived) which was a bar that Nick’s mum and dad used to run. 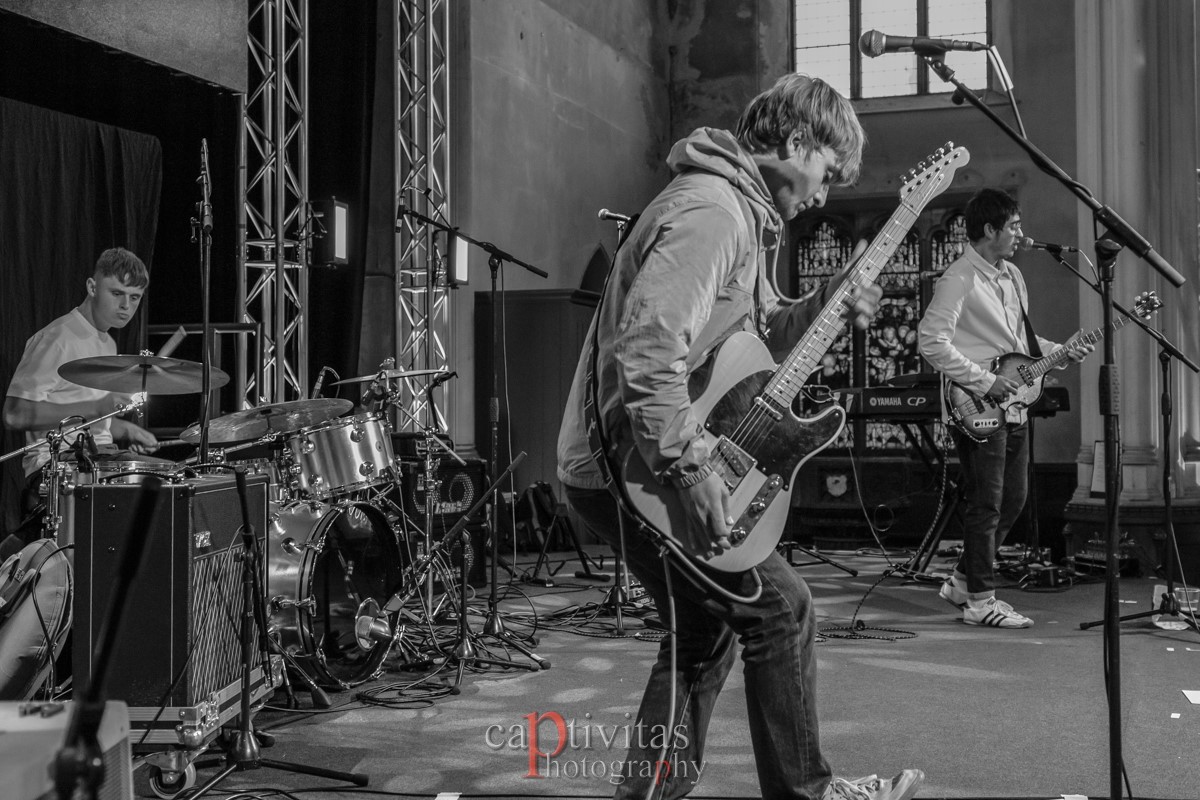 Waiting for the support band ,‘The Lapels’, to kick start the evening, I had time to look around at the setting. St Peter’s which is in the heart of Brighton between two major roads – the A23 and the A270 – is a functioning church. I guess I can say at least I’ve been to church this year. The sun was filtering through the stained glass windows and casting their colourful shadows onto the opposite wall inside the building.

With chairs available around the venue and being used, it was obvious that the audience consisted of people of a certain age – and yes, I am of that era too. But, that didn’t deter from the dancing and singing along to the hits that we all used to sing along to a few (ahem) years ago. 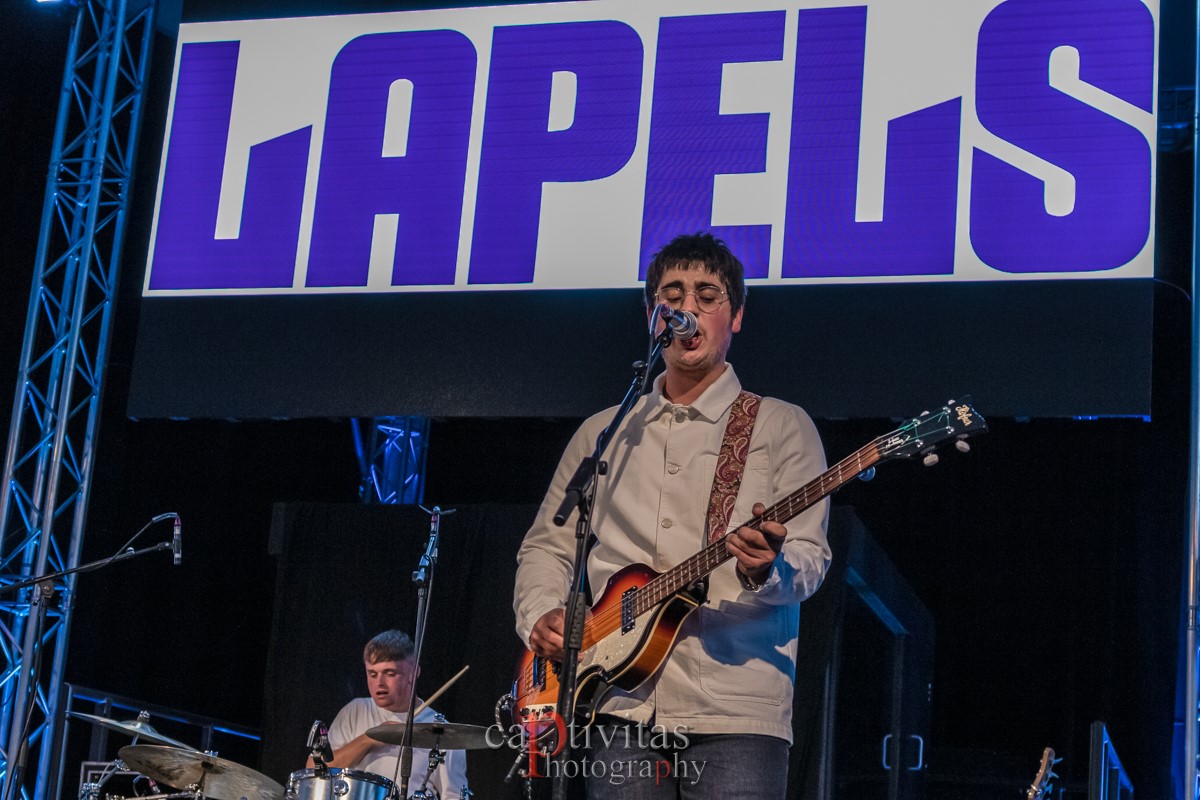 The three piece support band this evening were The Lapels who hail from the East Midlands and were formed in 2018. Nathan and Andy are the songwriters on vocals and guitar (though Nathan also plays keyboard), and the youngest of the group is Adam who’s the drummer. Playing to a crowd of around 250, you could easily hear the influences of bands such as The Beatles, The Libertines, Arctic Monkeys, Oasis and The Jam. It seems only natural that they play at the ‘This Is The Modern World’ event. Nathan’s look was also influenced by The Beatles and Oasis. 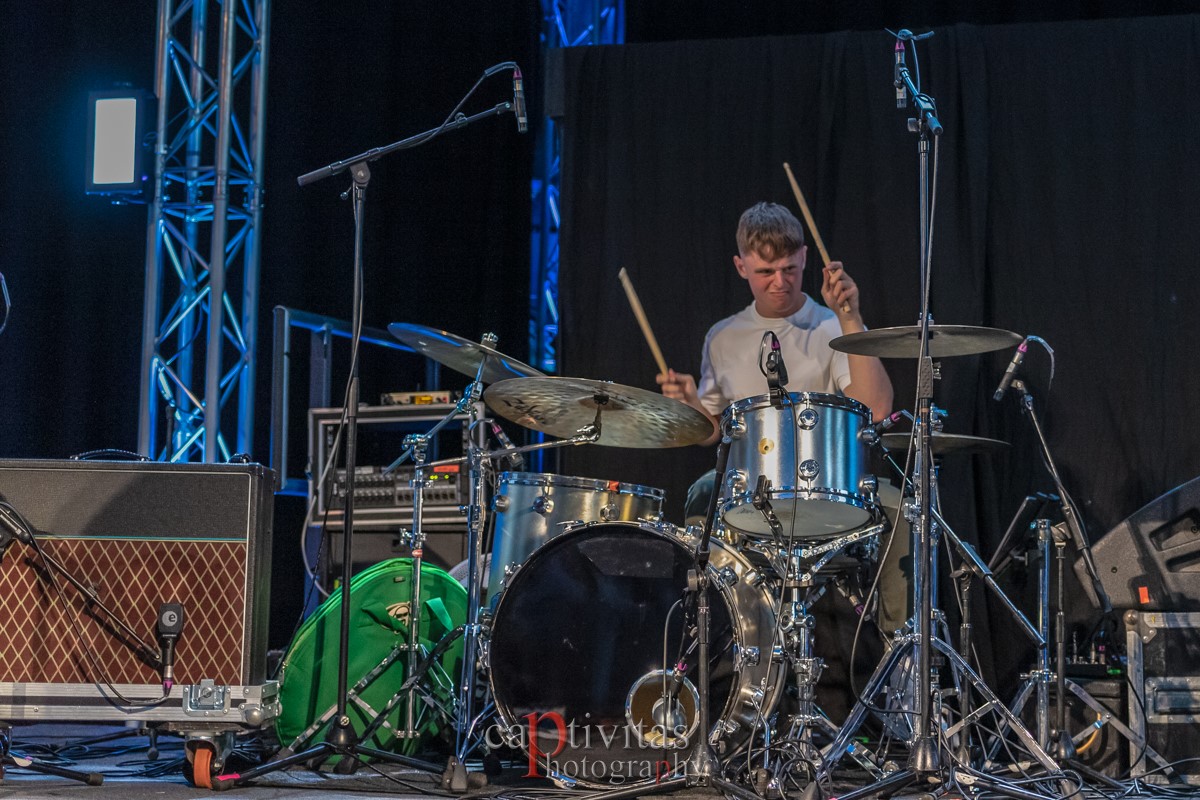 On their homepage it states “Adams’ vibrance and enthusiasm on stage often see him breaking the kit during gigs, from snare drum skins and bass drum skins right through to his sticks”. This evening thankfully none of that happened – but his enthusiasm I noticed did cause a personal injury. I saw him rubbing his hand and asked afterwards if something had happened, and yes, Adam had a blister, but that didn’t stop his enthusiastic playing and kept up the energy and pace. 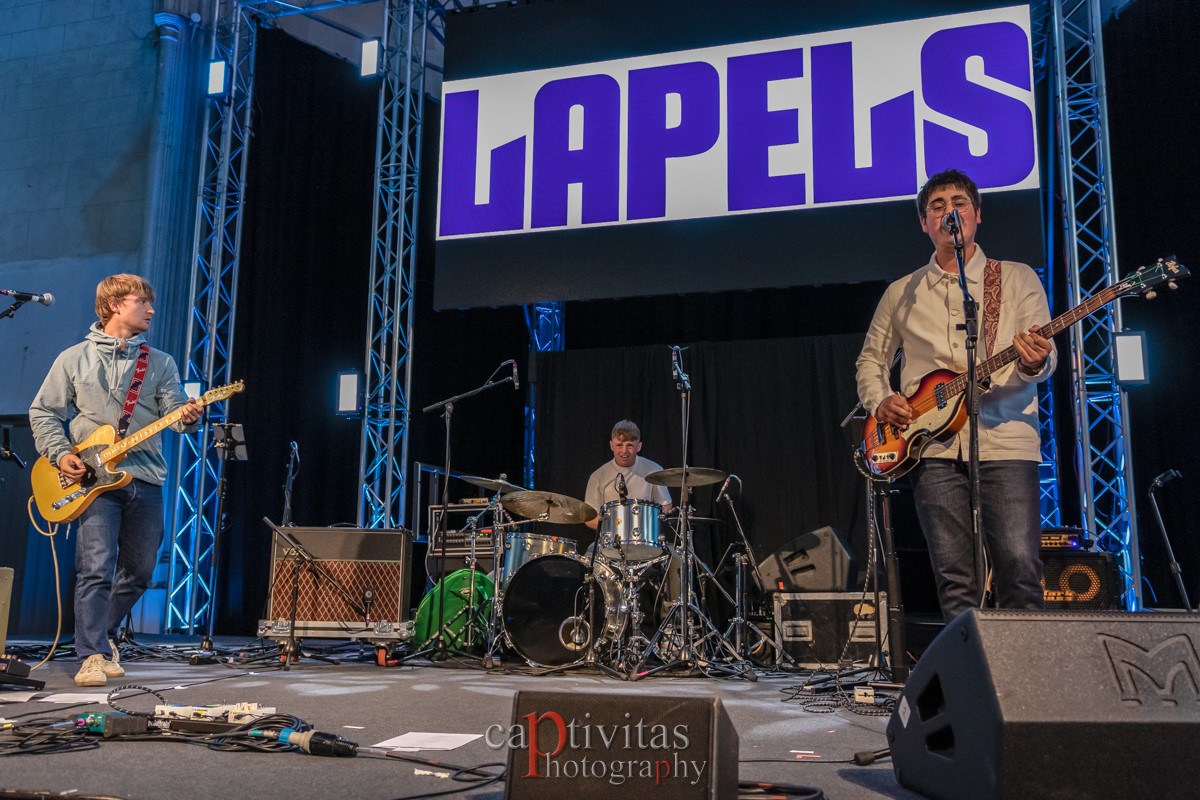 ‘All Things Down To You’ – this had a definite Oasis vibe, but with a freshness of youth.

‘Ordinary Girl’ – with a catchy chorus and a slowed down almost laziness about it, this track could become an anthem.

‘The Life And Times’ had chords reminiscent of ‘Kiss Me’ (Sixpence None The Richer) and was another slowed down track.

‘Take It Or Leave It’, the last song in this energetic group’s set, sums up every group or artist that plays. For me it’s a “Take It”! The Lapels are energetic, play tracks with catchy lyrics, toe tappers and head boppers (I’m too old to head bang). Check out this young up and coming group and maybe in 40 years’ time you’ll be attending another gig of theirs saying “I remember seeing them before they were really famous”. 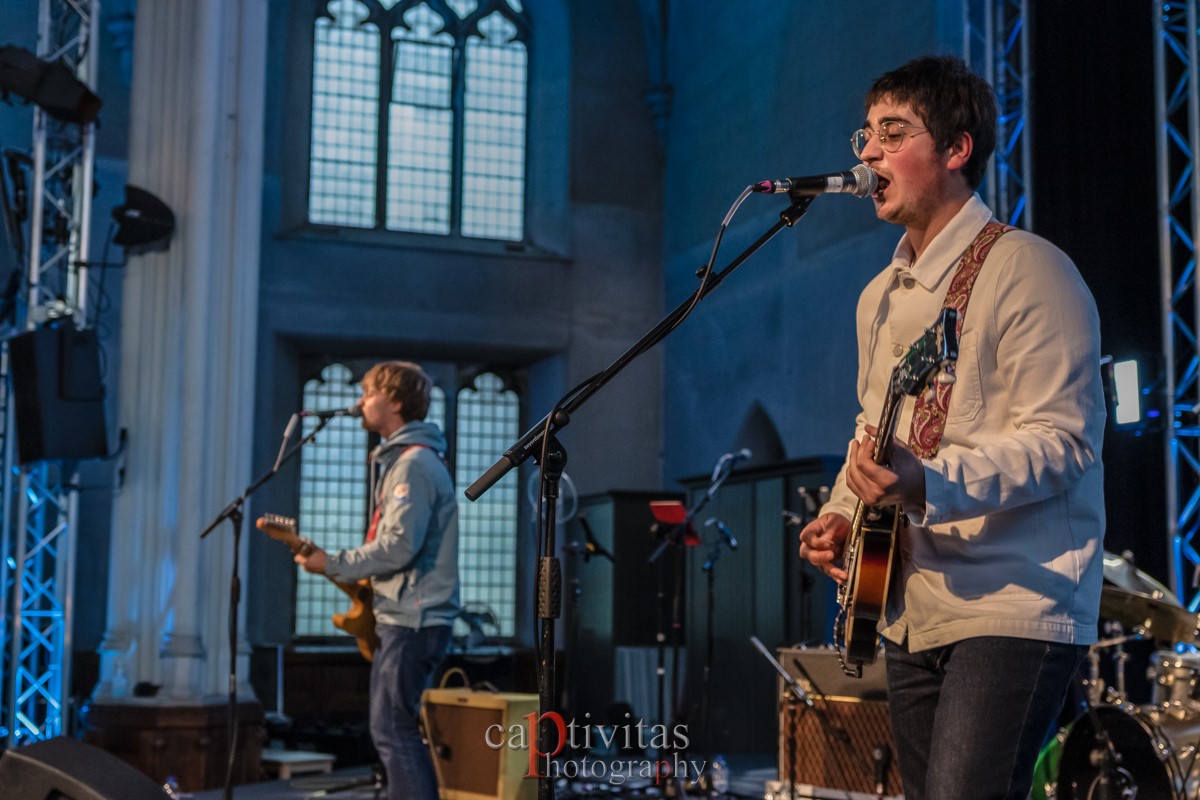 The Lapels setlist:
‘Get In Lane’
‘Come & Have A Go’
‘All Things Down To You’
‘Ordinary Girl’
‘Losing Control’
‘The Life And Times’
‘Setting Sun’
‘Warning Lights’
‘Diggin’ For Gold’
‘Take It Or Leave It’ 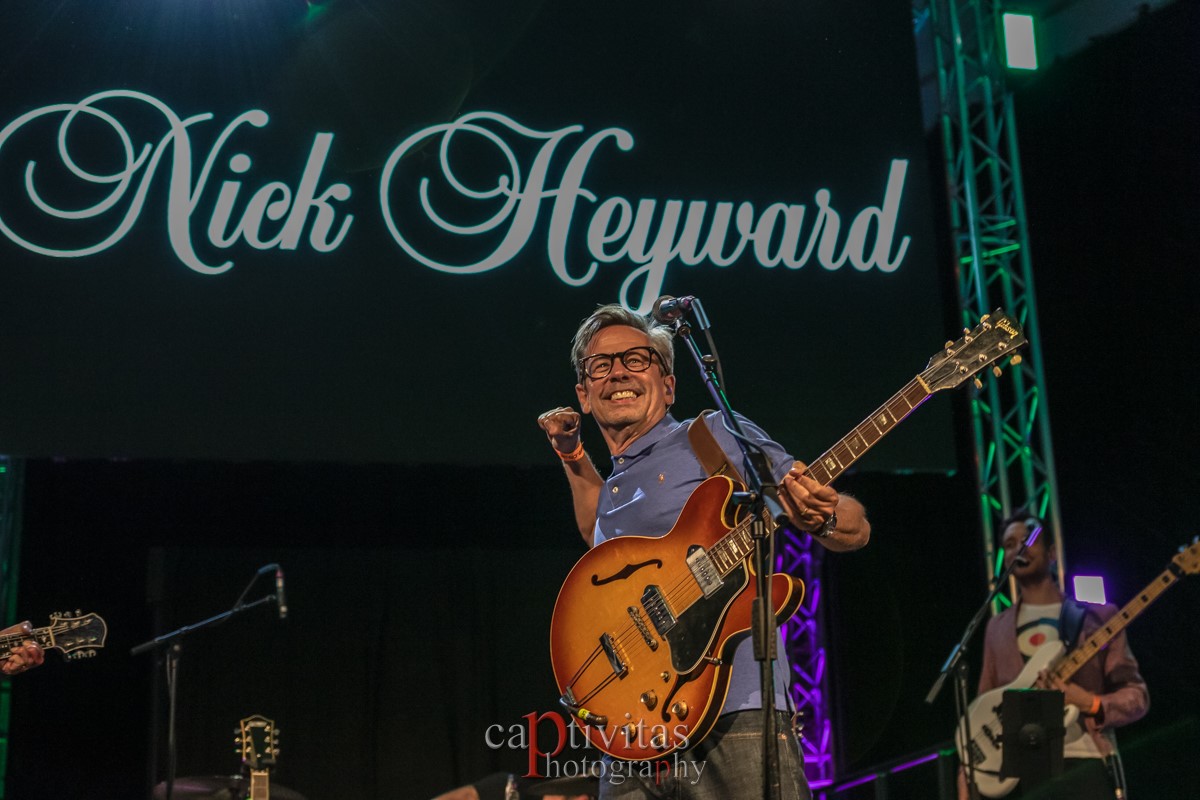 In the audience this evening were Nick Heyward’s fiancée Sara, and Nicky Weller – Nick gave mention to both and they received a lot of applause. He thanked everyone for going along and commented on what a lovely venue St Peter’s Church is. 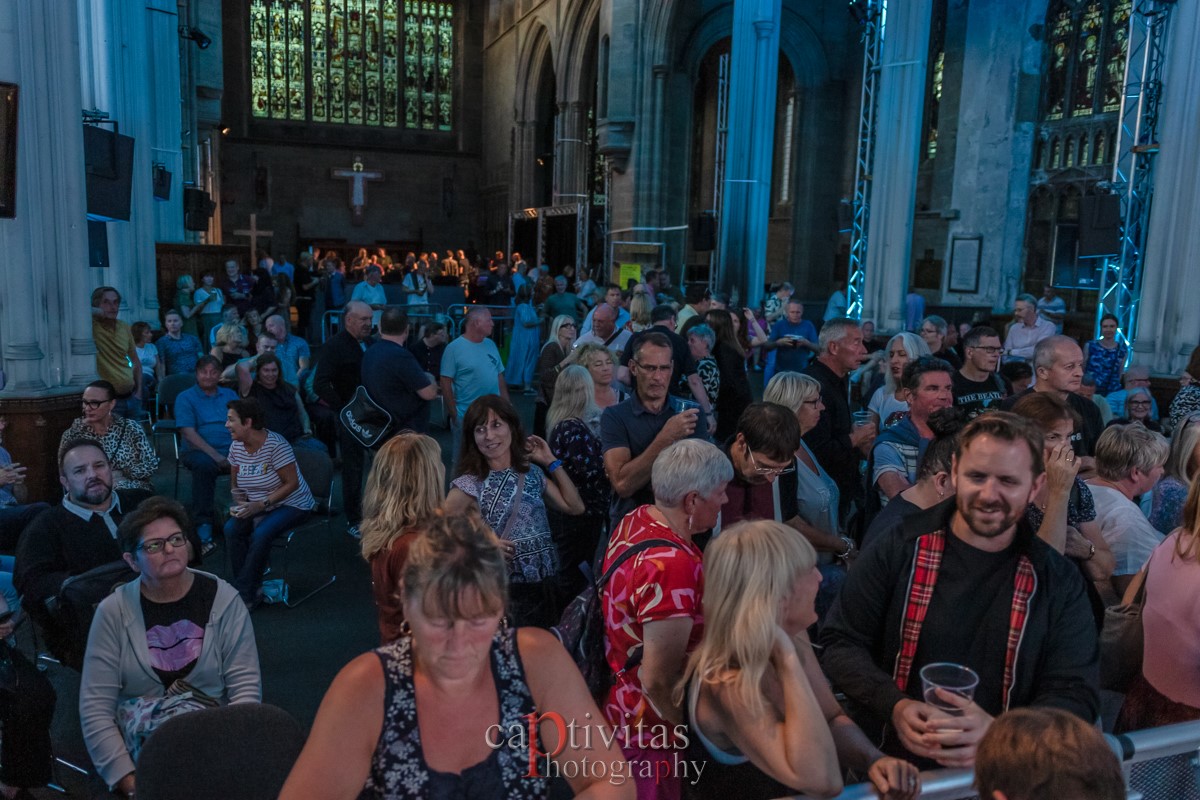 From the off, Nick (playing the Gibson 330 1965 Sunburst he’s been playing since 1997) had the audience smiling, cheering and singing from the first chords played. It was like being back in the 80’s without the neon Lycra. I was fortunate enough to be allowed to sit in the photography pit, and looking above my head I could see phones and cameras from every single person in the front row. 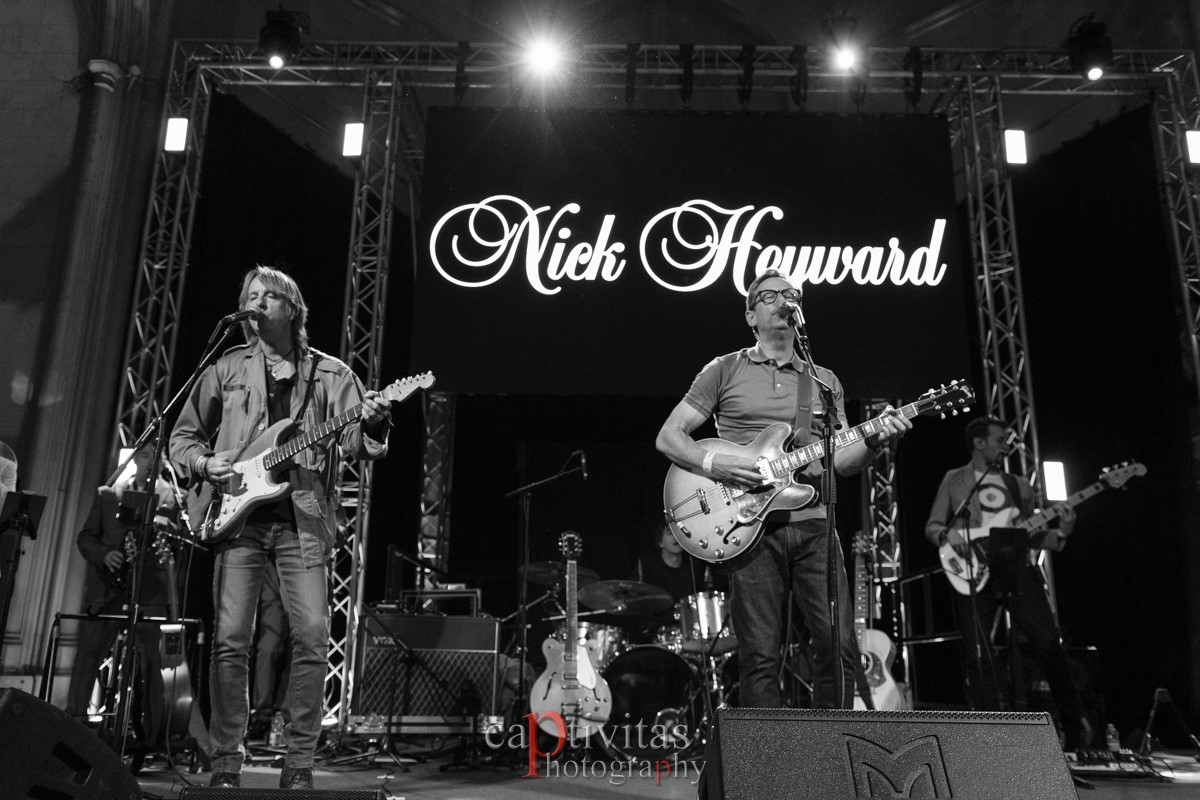 ‘Take That Situation’ had the audience joining in and was a great start to the set and laid the foundations for the rest of the gig. 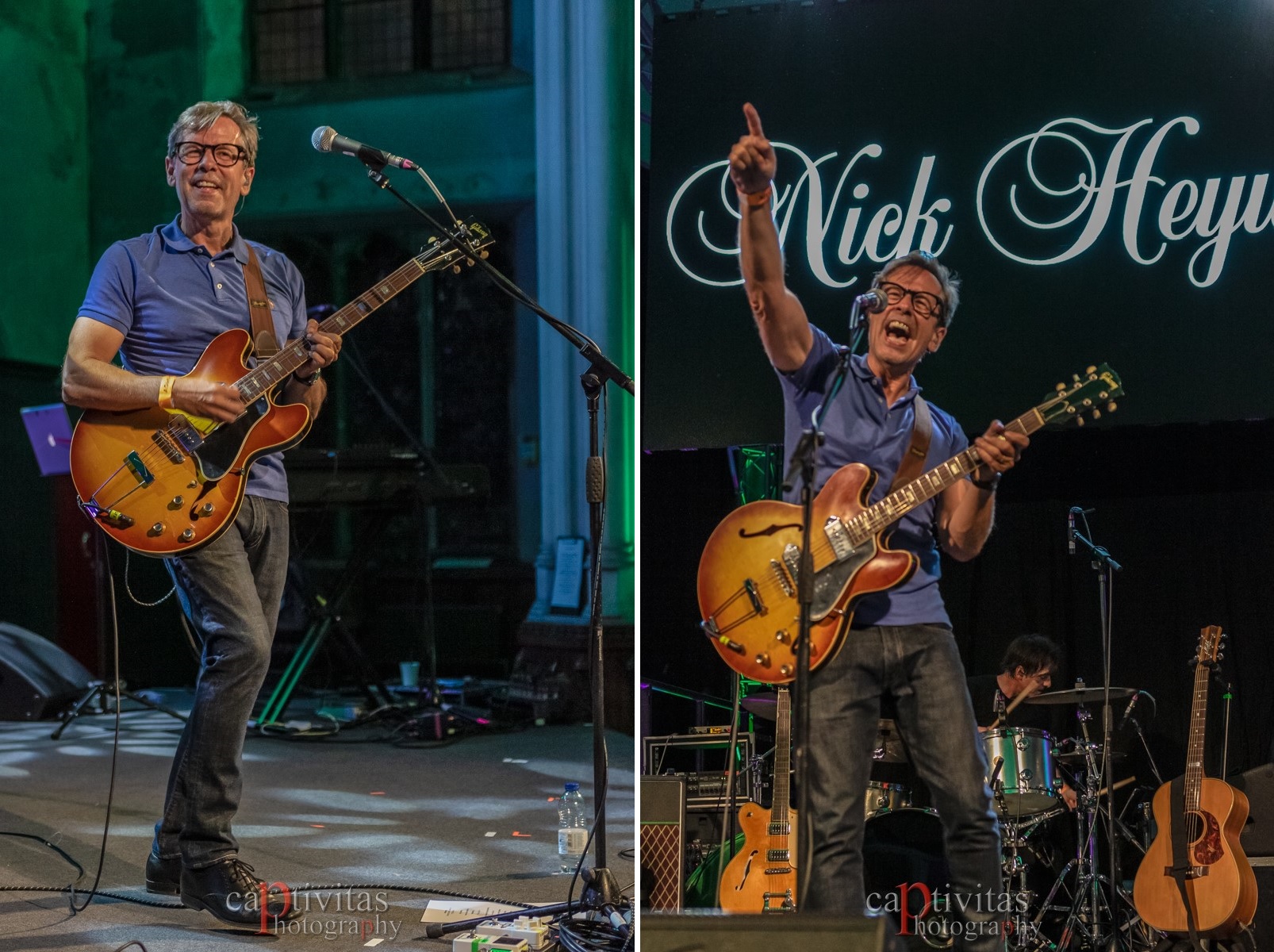 ‘Blue Hat For A Blue Day’ with its haunting saxophone section, I guess a lot, if not most of us have been through our own break-ups and could relate to this. Nick wished it meant something to all of us, and hoped there were positive thoughts and not just negatives. 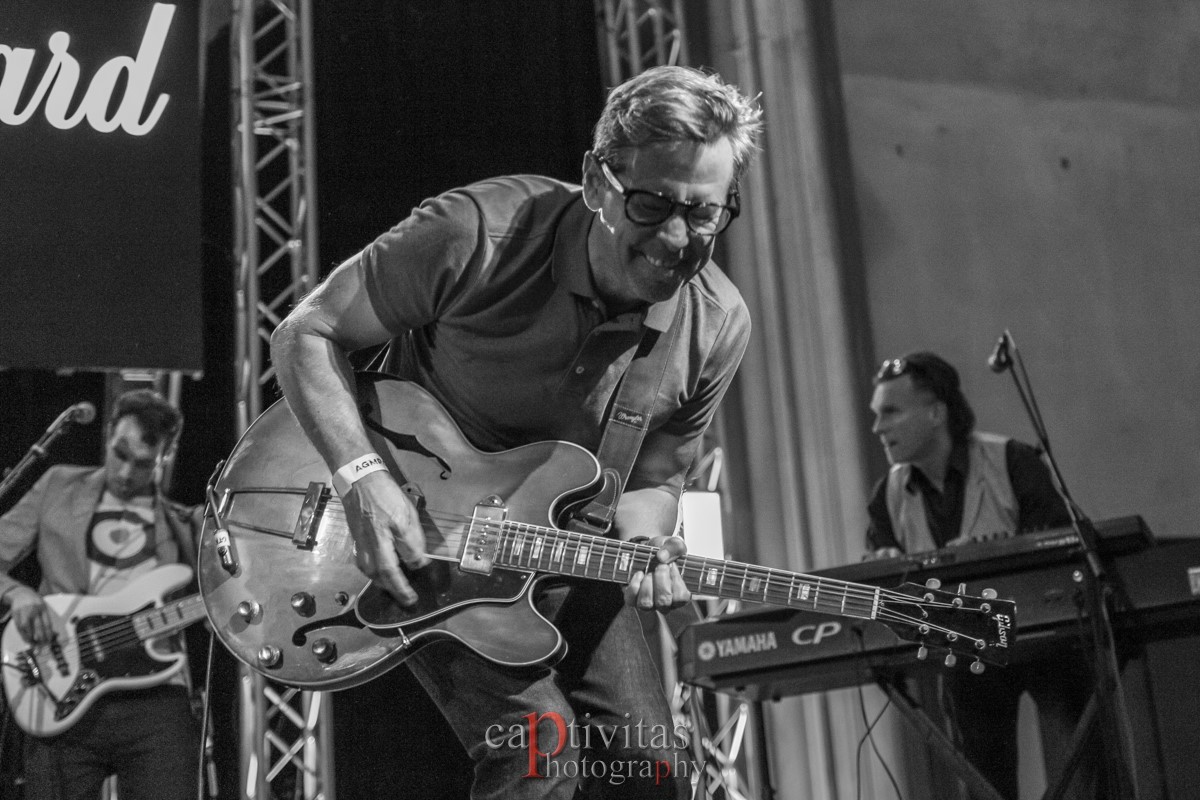 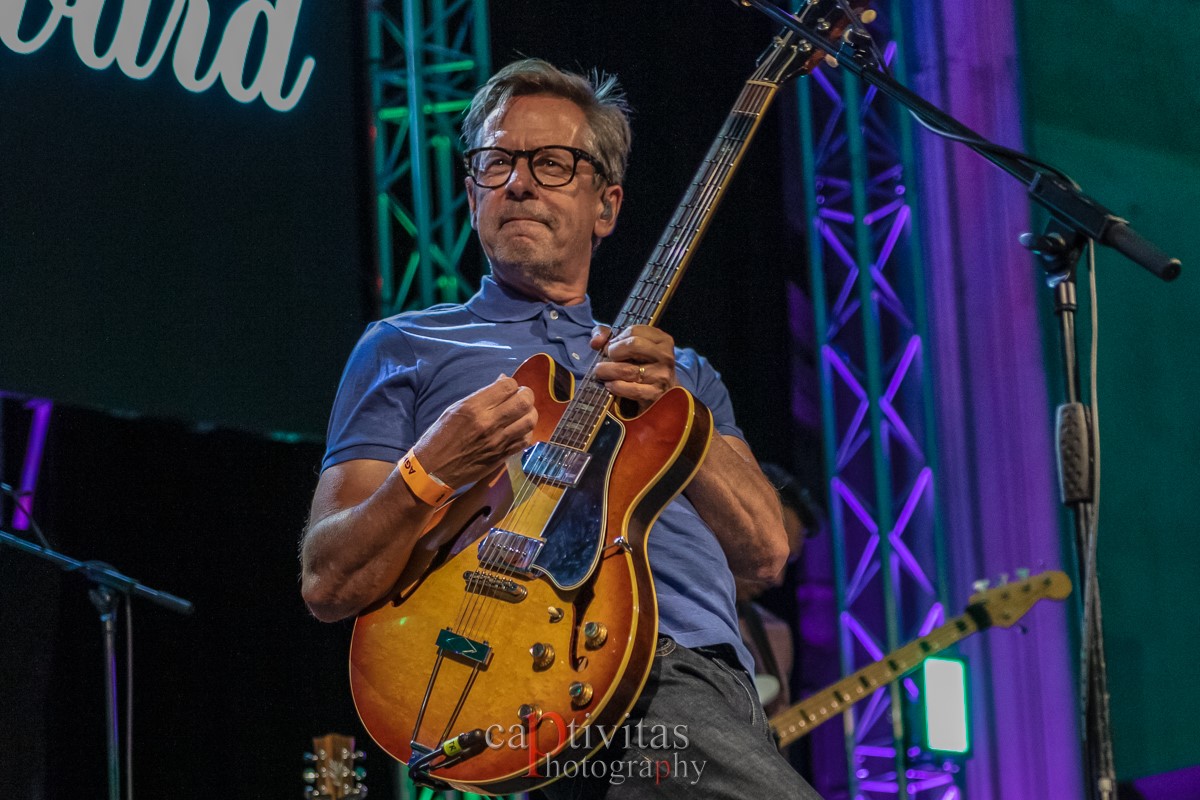 ‘Baby Blue Sky’ from the ‘Woodland Echoes’ album was in essence dedicated to Sara, and it’s not hard to see or understand why. According to the “Tootal” website Sara was going thrifting in America. They decided to set up an Instagram page to show off all these finds and decided to call it ‘Gladsome Hawk’. Sara used to have a record label and like Nick is a lover of all things music. As record companies decided to pass on Nick’s new album, they decided to publish it on their own label and needed a name. And so ‘Gladsome Hawk’ was born. 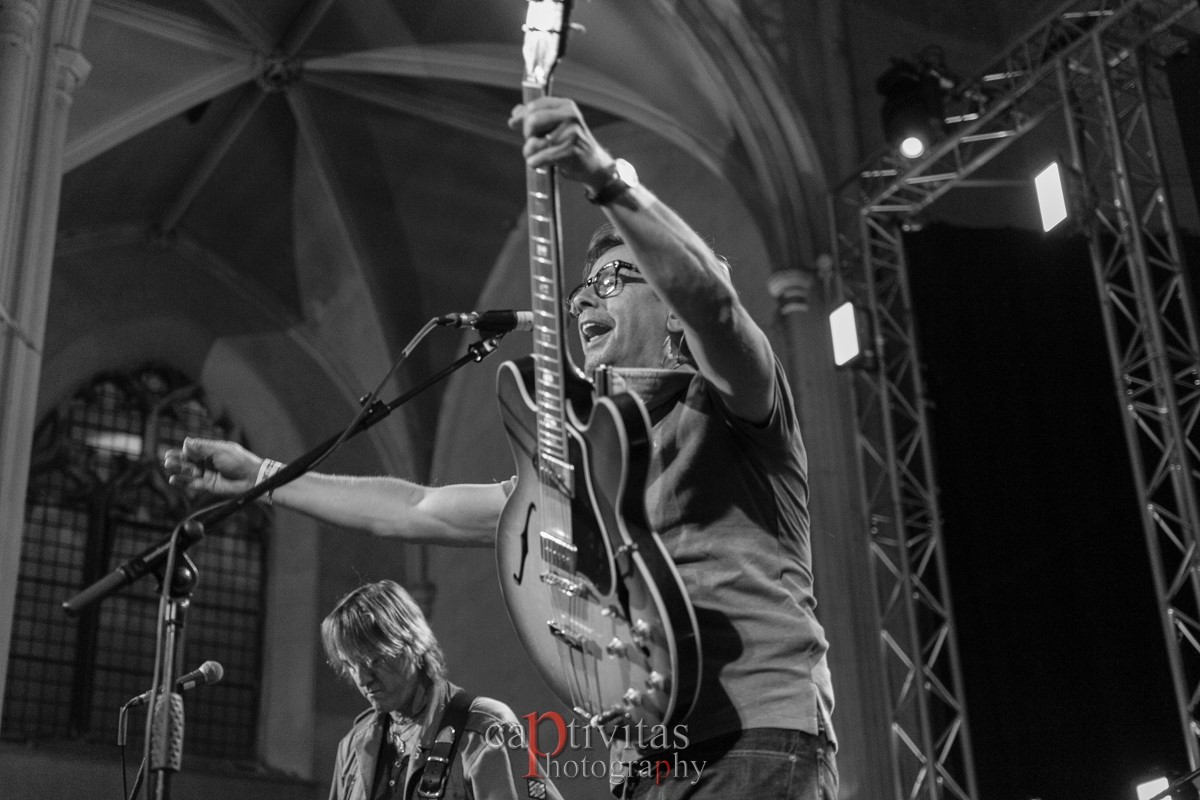 Up to now in the gig, the band had been playing each track with enthusiasm and energy, the crowd were dancing and singing, then Nick said “Let’s pace ourselves, it’s not a festival”. I guess they were all enjoying themselves and rolling each song into another. 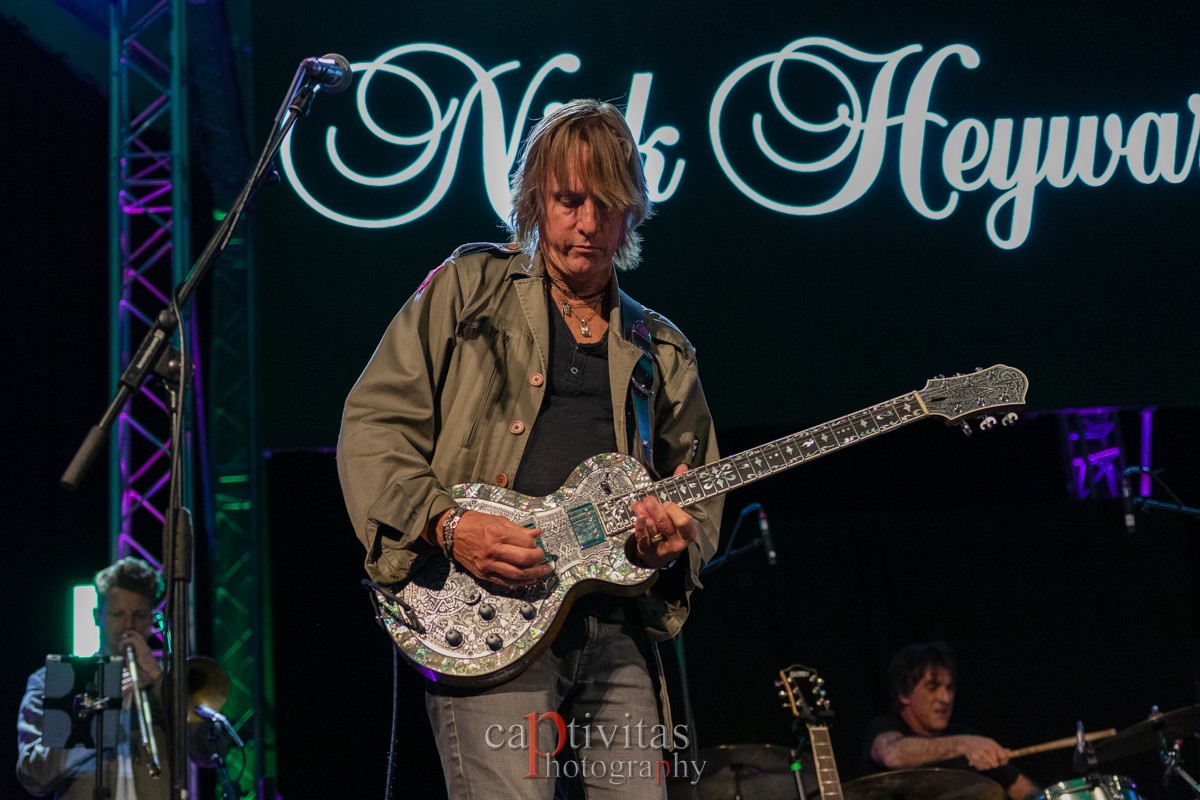 ‘Warning Sign’ had an audible tension building within it. With key changes and distinctive trumpet and saxophone sections. It reminded me of sleazy clubs. Please note though, I’ve never been to one, but that was the vibe I got. 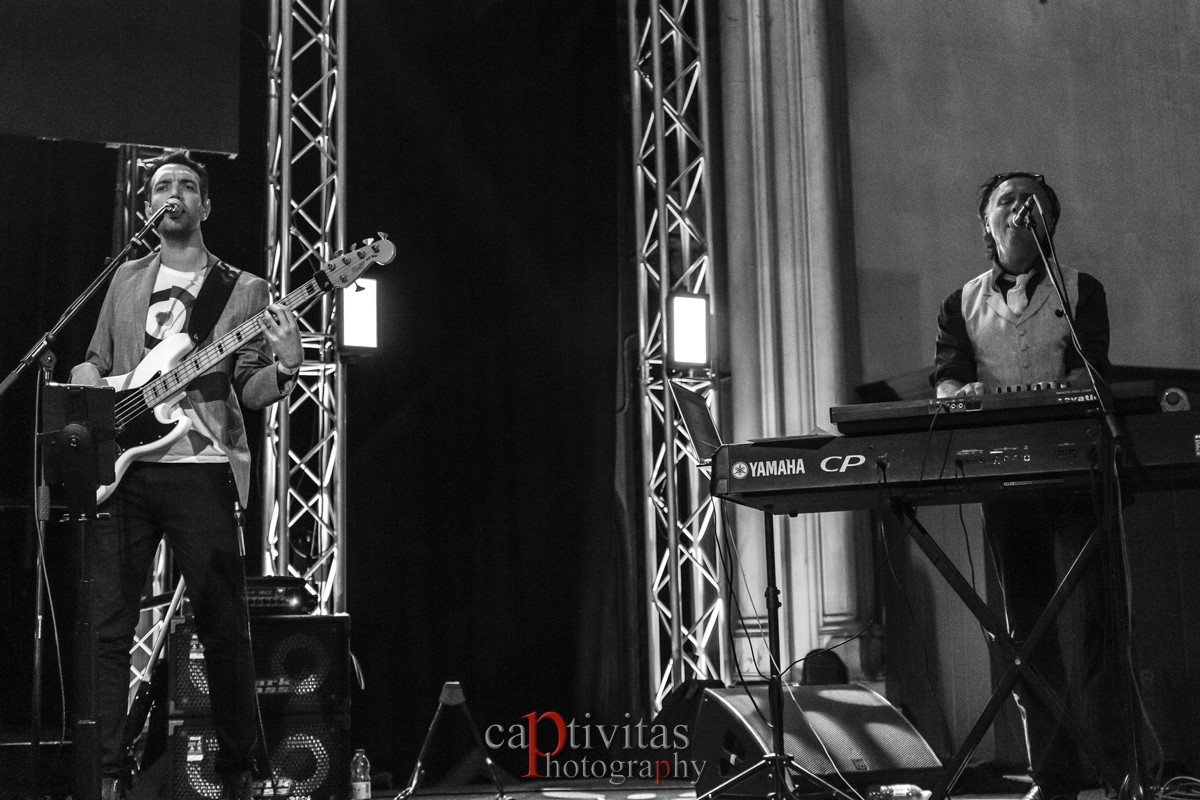 With Nick tuning his guitar at the start of ‘Whistle Down The Wind’ – not to be confused with the track from the stage show of the same name – the band played the opening chords on a loop then went seamlessly into this iconic song. This was a particular favourite of the crowd, but not so much as ‘Love Plus One’ which had the audience joining in with the “La Las” and “Love Plus One”. 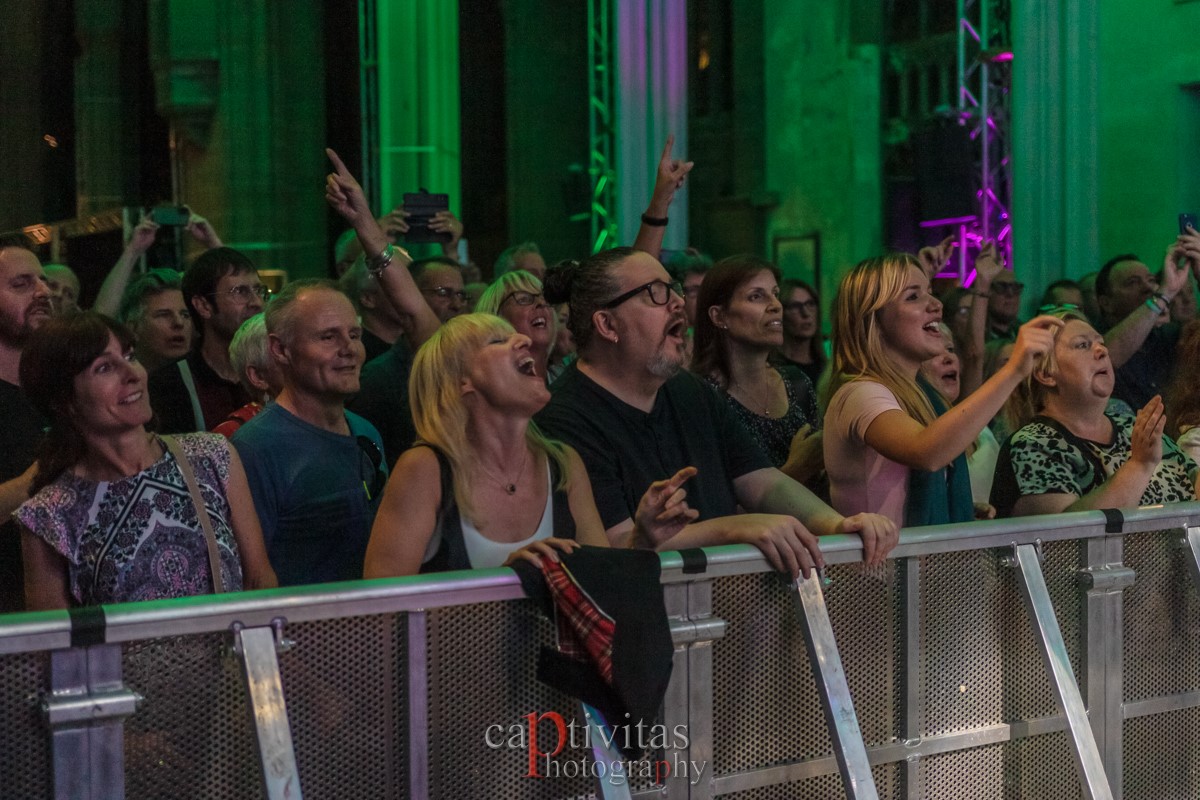 The last track before the encore ‘Favourite Shirts (Boy Meets Girl)’ was played with just as much, if not more energy than at the start of the evening. It gave a real party vibe and left all of us wanting more. And, they didn’t let us down. Coming back on stage to play two more tracks. 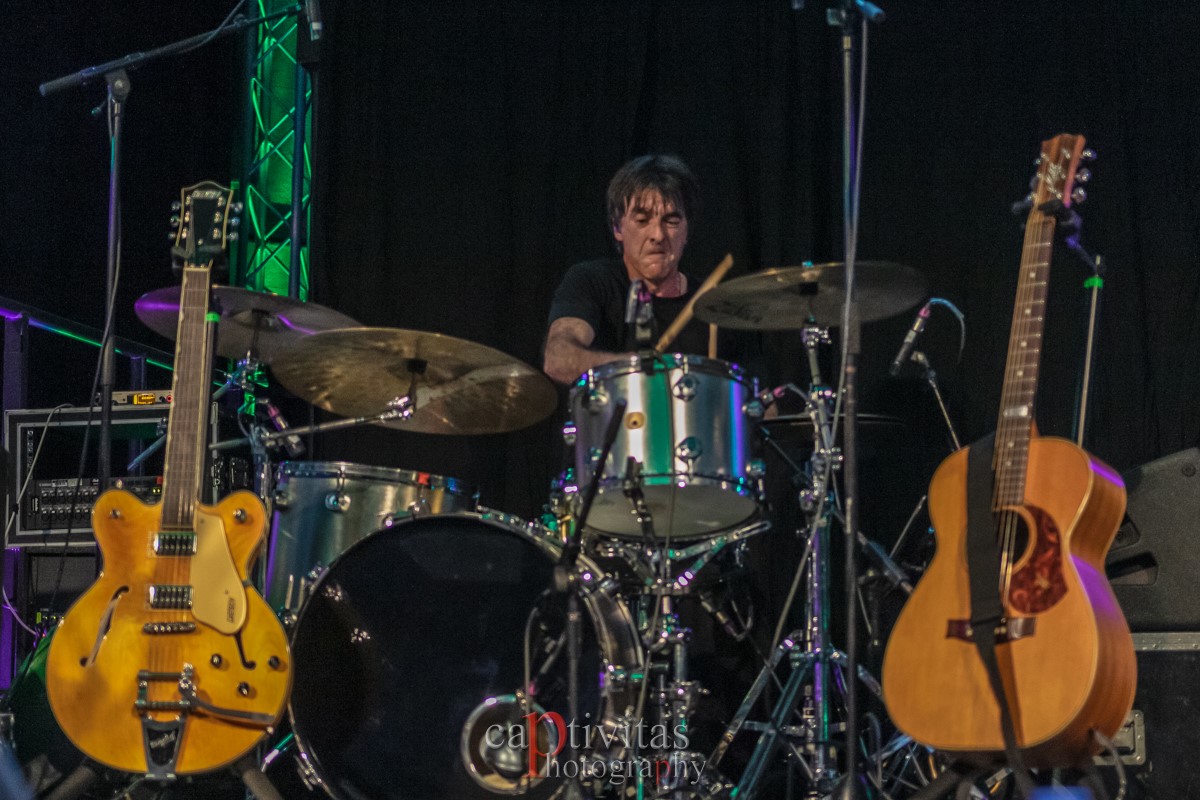 ‘Sounds From The Street’ released by The Jam back in 1977 was the first of the encore tracks. Nick said he had always wanted to cover this – and it was played well. But, it wasn’t met with the same enthusiasm as the second song, the one that had been missing for the evening – ‘Fantastic Day’. There is always one track you want a band to play and this was it. I’m sure every single person was joining in. What a way to end a gig. 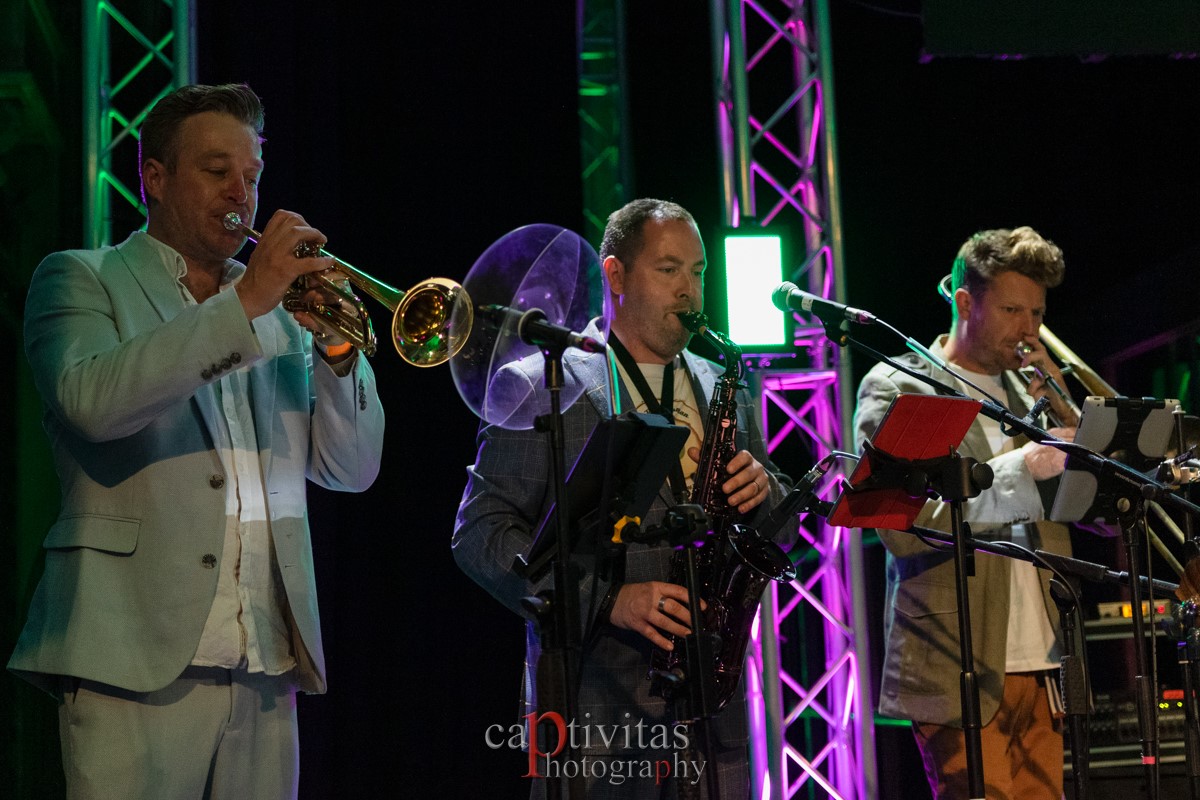 My appreciation of music/musicians is more now than back then – I might not have seen Nick during the prime years of Haircut 100, or at all, but I felt transported back to my youth. His voice hasn’t changed at all. Close your eyes and you can see the fresh faced only just out of his teens, blue eyes blonde haired Nick Heyward. And, it was clear the audience felt the same way with shouts of “You’re fantastic”, “Keep going” and “We love you Nick”. It was fabulous to see someone really enjoy doing what they enjoy doing. 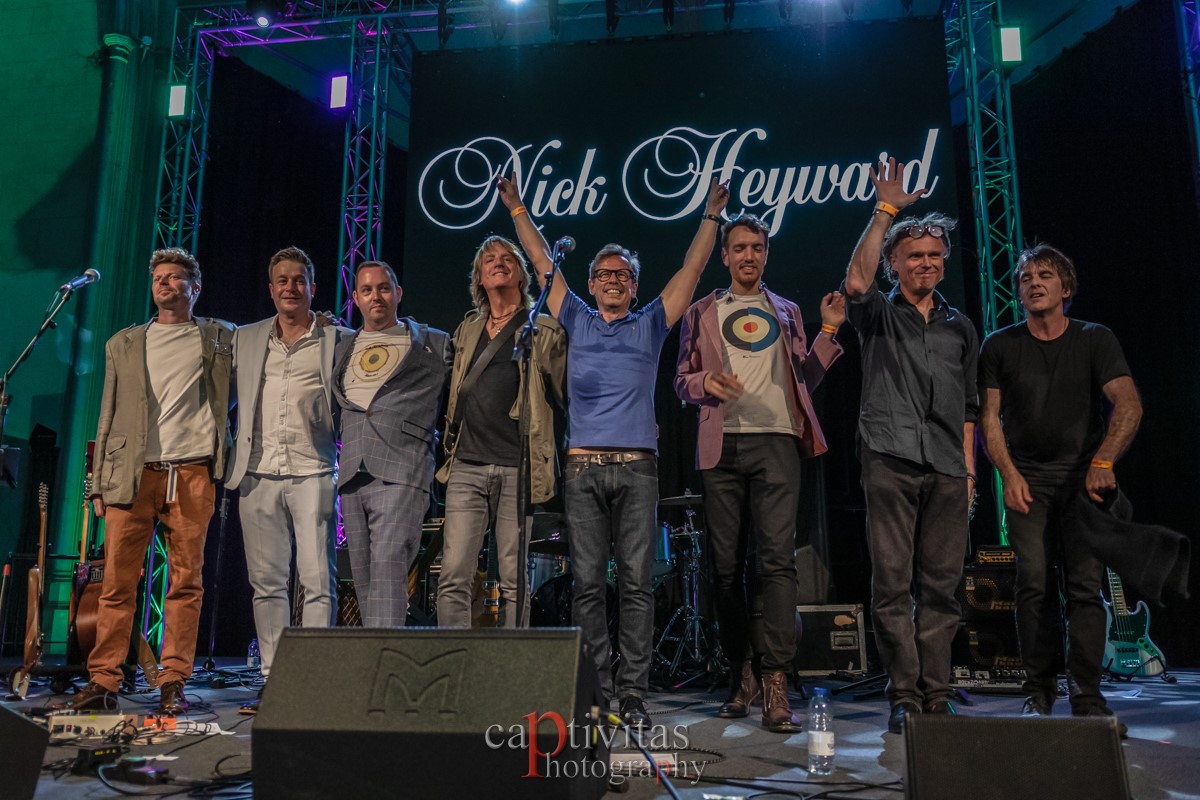 All in all, not just a fantastic gig, but a “Fantastic Day”. Well, let’s face it “The Warning Signs” were there for me to “Take That Situation” and use the puns – groan………. 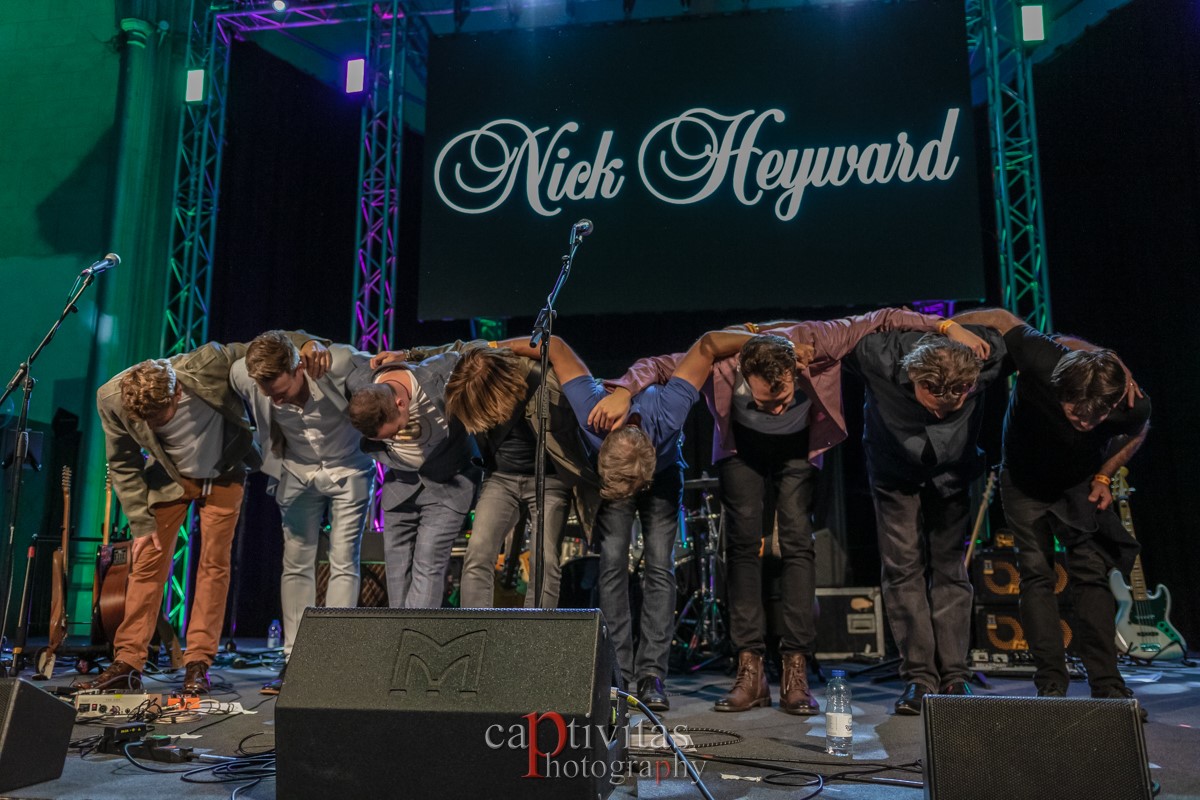 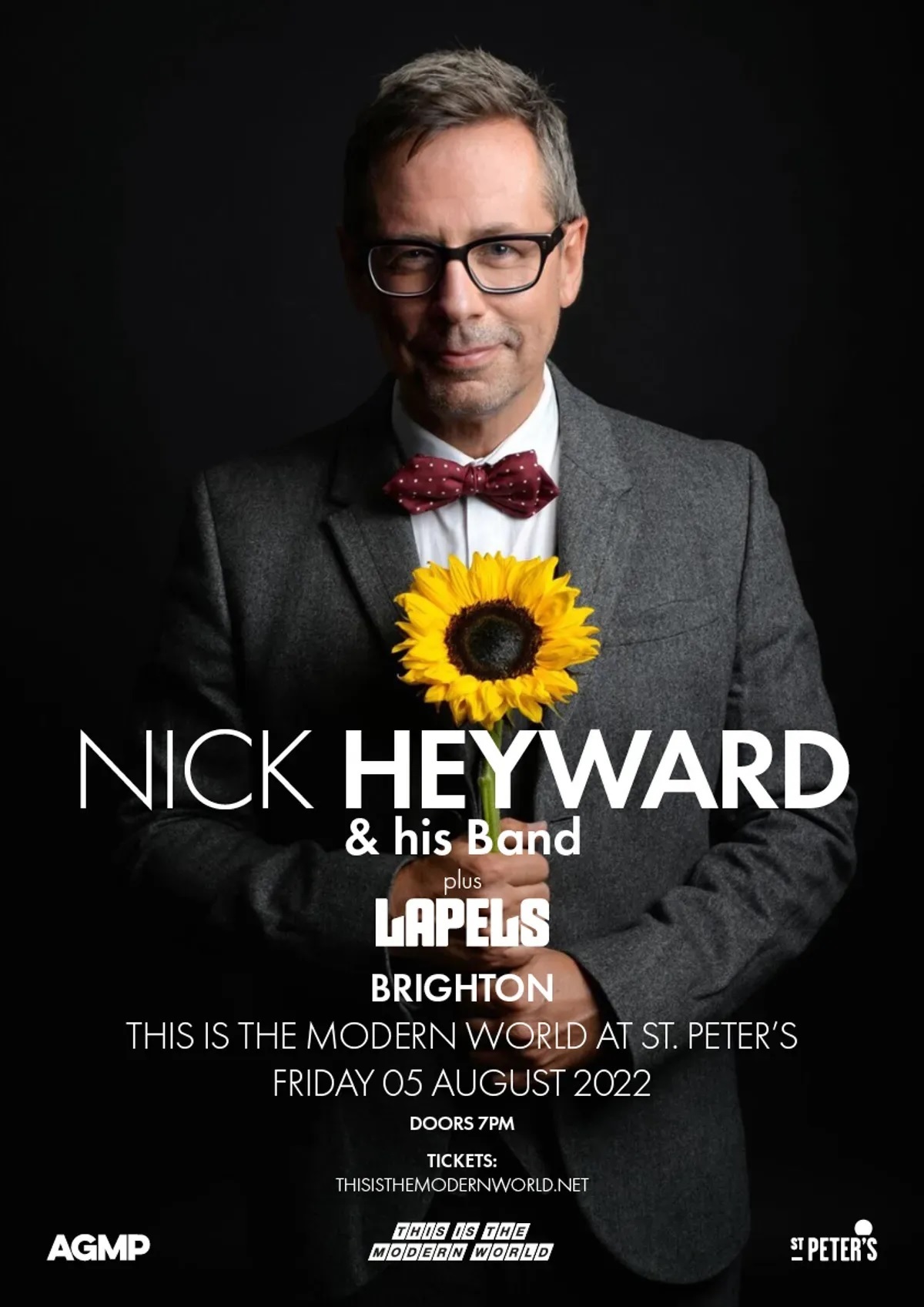 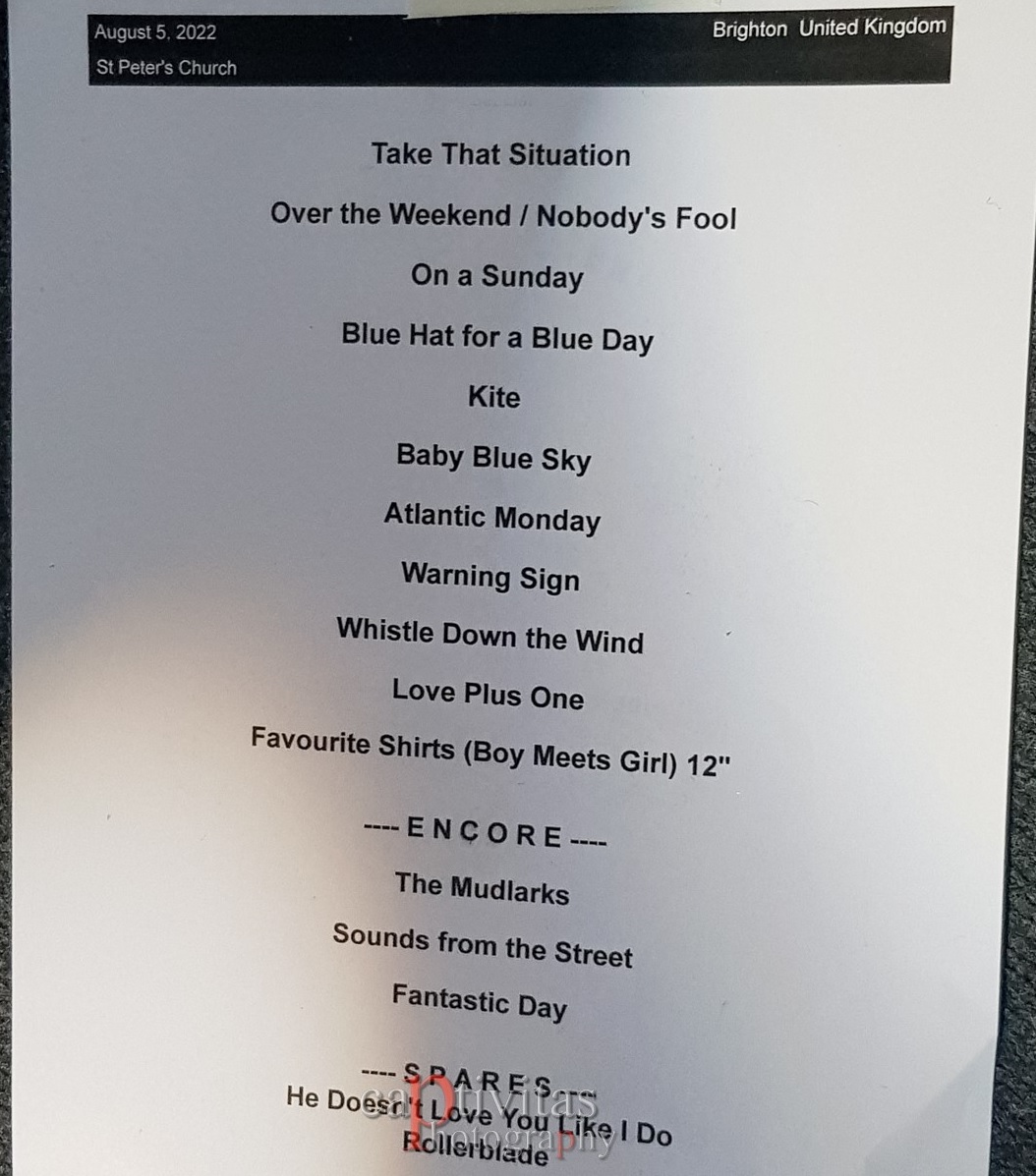 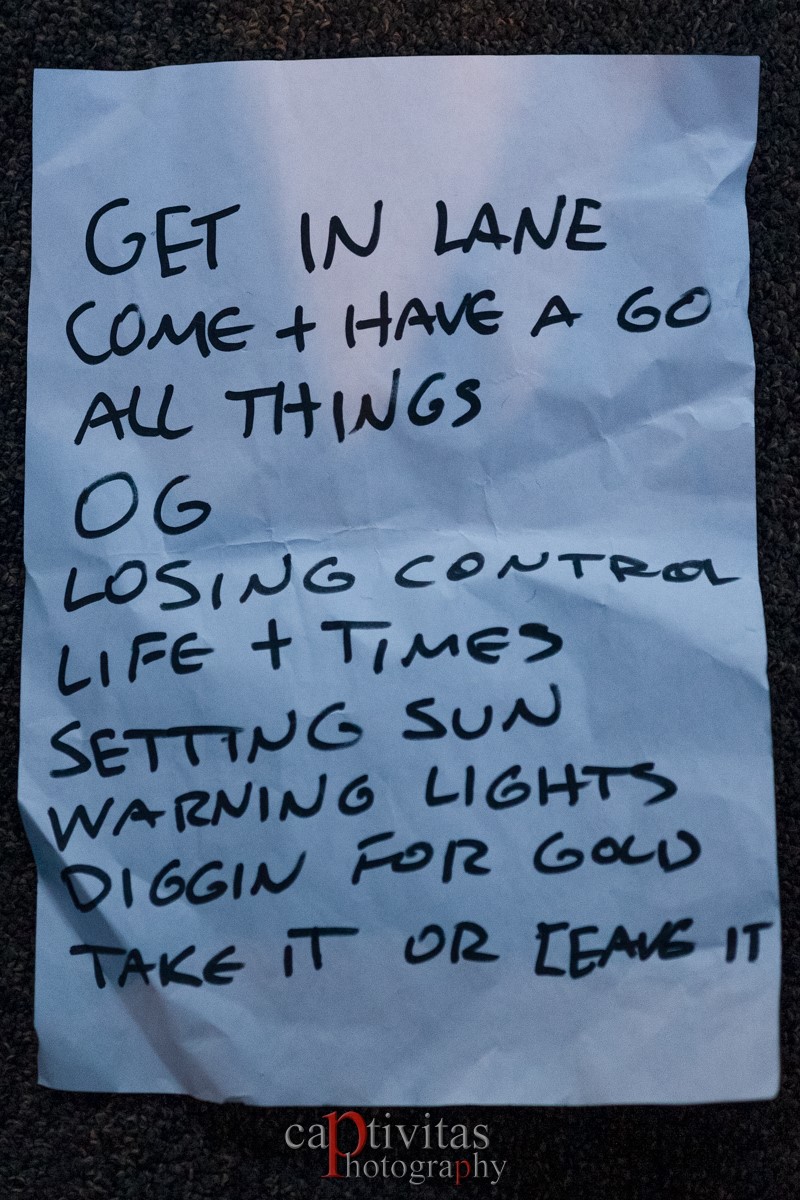