A former Hove councillor and health campaigner has died at the age of 86.

By profession, he was an electrical engineer who moved to Hove from London to join Preece Cardew and Rider, in Brighton, in the 1960s.

In recent years, Mr Kapp has campaigned for the Brighton i360 to be used as a giant sundial, in addition to his tenacious advocacy for talking therapies, mindfulness and complementary medicine.

He hit the headlines when he was arrested for daubing “Vote Leave” on a Remain poster during the referendum campaign during which he supported Brexit – Britain’s exit from the European Union.

At 80, while perhaps not the oldest person to have been arrested by Sussex Police, he was among the least ashamed – and unabashed when it came to sharing the details and the press coverage.

Mr Kapp was a prolific and tireless campaigner, a member of various groups from Hove Civic Society and the West Pier Trust to the Fabians.

One of those who knew him said that he was “a good-hearted and public-spirited citizen, if often frustrated”.

He was an enthusiastic cyclist and sea swimmer and a keen sailor who gave up his spare time to help young offenders.

In the 1960s he set up a syndicate to buy the Marabu, an old German training yacht, built in the 1930s. As well as using it for family sailing holidays, he pressed it into service to help underprivileged children.

His talents stretched to music too. As a child he learnt the piano and as an adult he bought a clarinet from a junk shop and taught himself how to play it before switching to the bassoon.

His daughter Belinda said: “He managed to get all three of his children into music and we all played in the Brighton Youth Orchestra.”

Mr Kapp married his first wife Janet in 1963 and the couple had three daughters. Janet died of cancer in May 2000. Later, he married Phoebe Wyss, who survives him.

He is also survived by two of his three daughters, Annabel and Belinda. His youngest daughter, Sylvia, died aged 43 in 2013. 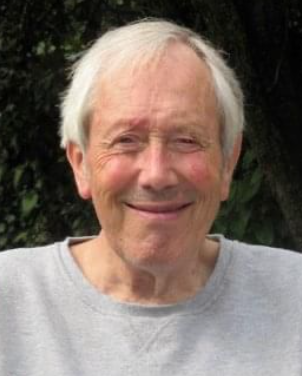 Belinda said: “It’s been lovely seeing the messages coming in and realising how much he meant to so many people – and how many people he tried to help.

“We were aware of what we thought of as his obsessions. I fear he’s upset quite a lot of people because he wasn’t known for compromising.

“And it was part of his character that he had these strong ideas and passions … but he liked to steer the boat!”

In his later years, Mr Kapp campaigned for health chiefs to consider alternatives to pharmaceutical medicines, such as mindfulness and talking therapies.

He passionately believed that they were better than anti-depressants for treating some mental health conditions such as anxiety and depression.

And in his final weeks, some of the leading experts in the field said that the evidence did not support the long-held belief that depression was caused by a chemical imbalance in the brain.

It was the widely shared belief in a serotonin imbalance that helped fuel the costly rise in “big pharma” prescriptions.

Mr Kapp set up and was involved in a health centre, in Church Road, Hove, opposite the town hall where, in the council chamber, he frequently lobbied councillors and health chiefs.

His own health failed as his “alternative” approach begins to look vindicated and increasingly likely to become more mainstream.

The family is holding a private funeral although there may be a memorial service at a later date.