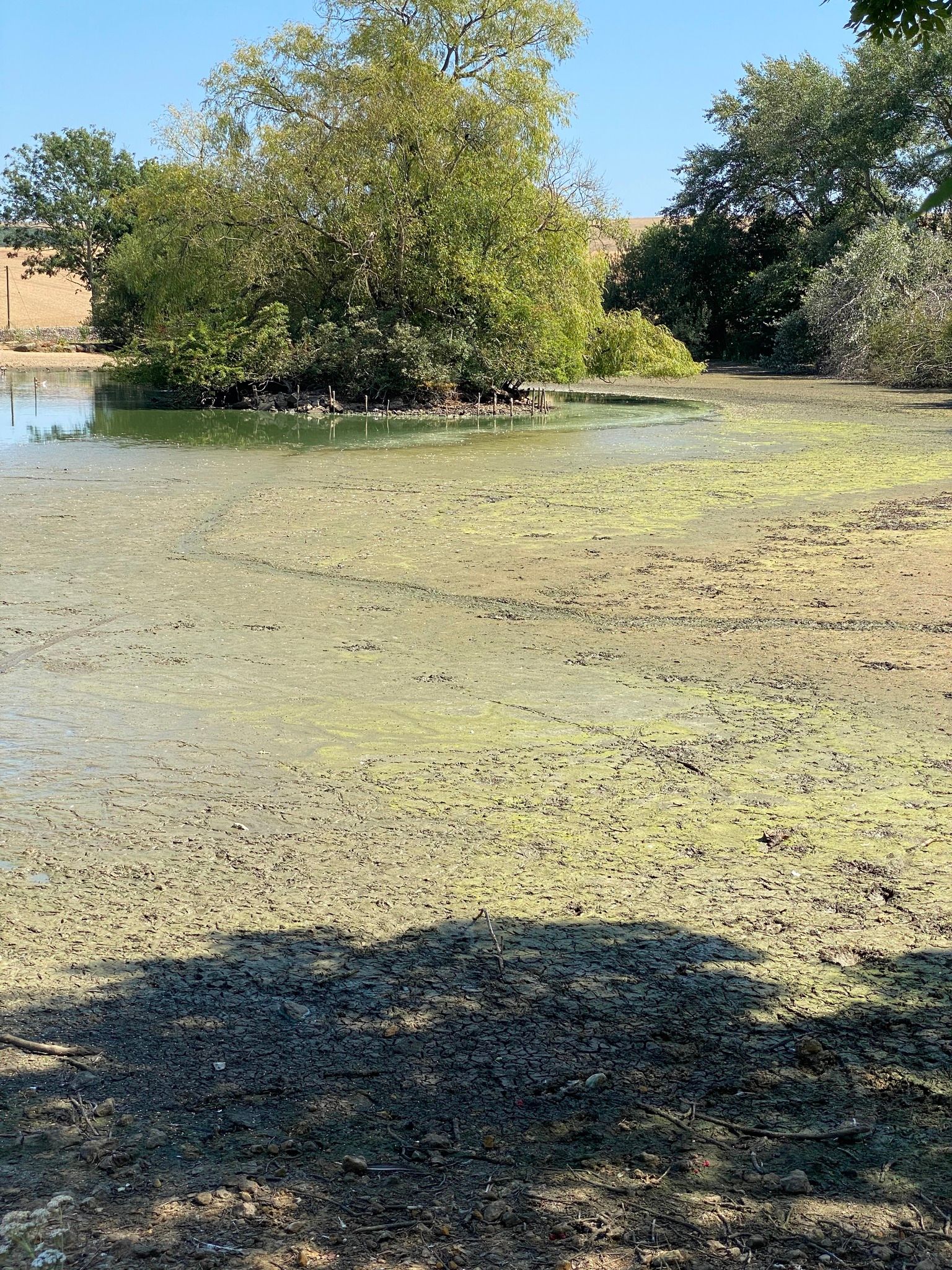 An eleven-hour community effort helped rescue 120 carp from Falmer Pond and relocate them to lakes elsewhere in Sussex on Saturday.

Extreme heat, low water levels and a build up of silt has left non-native carp fish in Falmer Pond dying from lack of oxygen.

Matt Thompsett, 64, from Falmer, started the Rescue Falmer Pond Facebook Group to help the fish and restore the pond.

He said: “This is really very wrong. We’ve got a precious landscape on our doorstep and it’s deteriorating and we’re going to lose it.

“Even if we do get funding for the council, there’s no point if it is not then properly maintained and looked after.

“By forming a community group we can have events where people can come and help with planting or weeding.

“We can get the universities involved so the natural sciences students can do research. It can be a real community asset not just a dried up pond.

“Last year the pond didn’t dry up completely, but this year it’s reached a tipping point. There’s about two inches of water and a metre and half of mud underneath that.

“It would be nice if we can build up a decent amount of people, so we can hold events and get the kids to enjoy the wildlife.

“It’s all possible when you’ve got a mix of people with different skills and capabilities.

“I’m so grateful to everyone who stepped forward because it’s been slightly overwhelming. So many people joined the Facebook group and came to the meeting yesterday, and the council has been really positive.”

Around 20 people over the day helped to ferry the carp, some catching them with nets, while others brought supplies to keep the volunteers hydrated and fed.

An estimated 90 per cent of the carp were rehomed on the day, with four trips to safe, secure lakes at Ansty and Hurst.

Help was received from Brighton and Hove Bird Rescue, local council ranger Nick Lane who helped with safety aspects of the rescue effort and members of the public.

The community gathering inspired a Friends of Falmer Pond group, which will now set up a website to publish news about the pond.

The group also wants to work closely with local authorities and agencies, universities and local businesses to support the project.

Mr Thompsett said as well as this year’s heatwave, the water source for the pond has changed over time to reduce the flow to a very low level.

He also said there is a suspected leak at the bottom of the pond. When cattle used to walk through the pond, they would trample or “puddle” the mud and silt together which would plug the leak.

More work now needs to be done to restore the pond, including digging out silt, puddling the clay bottom, re-establishing the plant margins and tree planting.