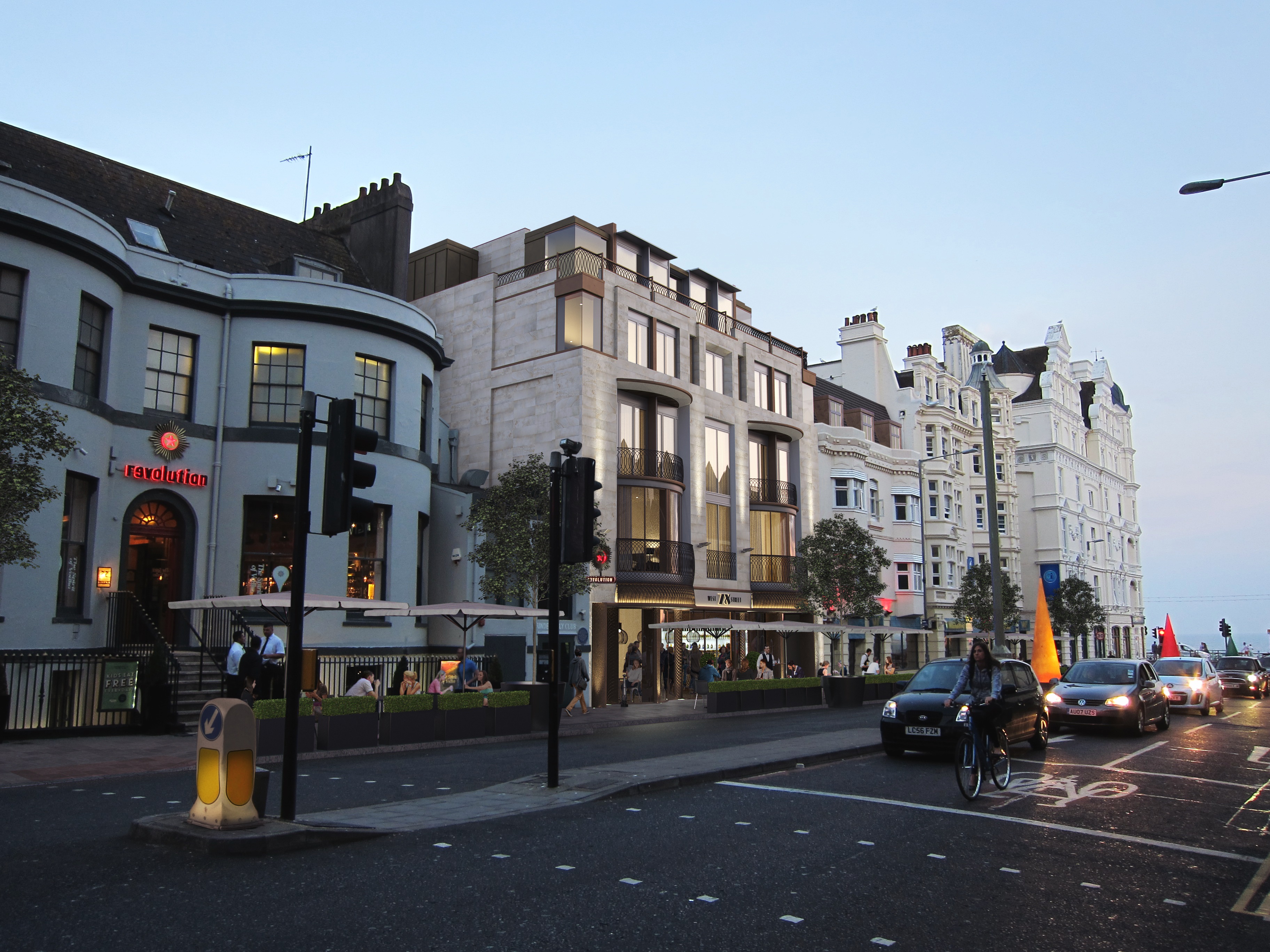 A new hotel being built at the bottom of West Street is to become a Premier Inn.

Permission was granted in 2016 for the former Sherry’s nightclub and neighbouring buildings to be torn down and replaced with a hotel complex.

A spokesman for Whitbread said: “An application has been made for a new license in Whitbread’s name as Premier Inn is the ultimate operator.

“The development is a new one for us and we are not intending to churn the North Street hotel.

“Brighton is a very popular destination for our customers, so we expect and hope the new site will do well when open and will be an excellent new addition to our existing network.”

When the plans were first announced in 2015, the ambition was to regenerate a tired part of the Old Town and inject some Barcelona-style glamour, with the Spanish city’s Las Ramblas boulevard cited as an inspiration.

The latest application, by Lancelot Properties Ltd, seeks to move a restaurant from the basement to the ground floor, and link all parts of the site together to be used by Premier Inn.

The Synergy Centre, an alternative venue, then became locked into a lengthy battle to secure a late alcohol and performance licence.

It argued that its clientele were more peaceful and socially minded, and therefore would not add to alcohol-related disorder in the city centre.

But its arguments were rejected, first by councillors and then on appeal by Brighton Magistrates Court.