A football club wants a new stand, clubhouse and artificial pitch – but not everyone’s a fan of the plans.

The existing east stand would be replaced by a two-storey clubhouse. It would have changing rooms and stores on the ground floor and a function room, bar, toilets and social room on the first floor.

A new spectator stand is planned on the west side of the pitch with room for about 300 people and seating for about 900 people in all. The plans include parking for 43 cars and 30 bikes.

Since the planning application was submitted to Brighton and Hove City Council, it has prompted 77 letters of support and 18 objections.

A report to the council’s Planning Committee backs the scheme despite objectors’ concerns about traffic, more parking problems and the overdevelopment of a semi-rural location.

One objector, whose details were redacted on the council’s website, said: “The plans will involve expansion that, with cars and the planned increased usage of the location, will further impede wider public access.

“Double-parked car areas and proposed informal parking areas will all have the potential to disrupt or block bridleway access.

“The new two-storey clubhouse will necessitate the removal of existing mature trees from a rural setting that is already deficient in such flora. Any depletion of the existing cover and impact on the wider ecology cannot be permitted.”

Another objector, whose details were also redacted, said: “As a resident very close to the football ground, we already have problems with the sheer number of cars that park around this area when games are on and people parking across our drive.

“As much as I support the local community, unless they intend to build a proper car park that can facilitate this development, then I object to this proposal.”

Supporters welcomed the introduction of community facilities and disabled parking and praised the design.

Saltdean United director of women’s football, Joe McTiffen, said that it was exciting for the club, adding: “As a club we have already done so much but we have a long way to go.

“These facilities will allow better provision for all of the women and girls teams but will also give us the opportunity to add further teams at a younger age.” 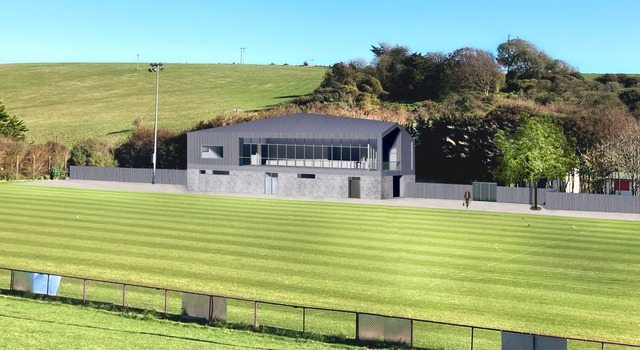 Club secretary Kate Brown said that the application was a “legacy project” to create sports facilities and community space for the whole community.

She said: “During the winter, we have teams training at various venues all over Brighton. If we were able to get planning consent, then our teams could all train in one location throughout the week, in Saltdean.

“Gaining planning permission will be a major step forward for the club, benefiting our men’s, women’s and youth teams as well as our walking football members. It would also open the facility to wider community groups.”

A decision is expected next week. The council’s Planning Committee is due to meet at 12.30pm on Wednesday (5 October) at Hove Town Hall. The meeting is scheduled to be webcast on the council’s website.