The owners of the Hippodrome applied for a drinks licence before planning permission has been granted to ensure that they could fulfil their vision for the historic venue.

Matsim Properties, owned by the Lambor family, started repairing and restoring the grade II* listed theatre last year and are keen to ensure the venue is financially viable once it reopens.

Councillors were told that Simon Lambor would be the “designated premises supervisor” – responsible for alcohol sales when the revamped venue reopens.

In July, the company submitted a planning application to Brighton and Hove City Council. It wants to the auditorium to return to use as a flexible performance space, supported by a restaurant and café, rooftop bar and terrace, “aparthotel”, serviced offices and shops.

But the company said that it needed a licence so that it could press ahead with plans for the dining and bar areas in the aparthotel.

The licence would also cover the sale of drinks at the venue’s private members’ club, art clubs and foyer bar at the front of the building, in Middle Street, as well as late-night entertainment.

At the licensing panel hearing, Conservative councillor Carol Theobald, who is also a member of the Planning Committee, asked why the company had applied for a drinks licence before obtaining planning permission – and two years before the venue was expected to reopen.

Licensing consultant Doug Simmonds said that it was “crucial” for the overall project that all the activities covered by the licence could take place at the venue.

Mr Simmonds said: “This application is about a very special building, which was built in the 1800s, and was licensed in the early 1900s.

“It stayed in existence for a long time as a fully understood and well-represented licensed premises in Brighton, which was popular throughout the county.

“We had many well-known people attending that premises for their concerts. I go back to 1964 when I attended a meeting the Beatles were at. There were many others like that.

“What makes it unique and so special is what we are asking for is every single possible type of entertainment that can be offered by licensed premises.”

Before it closed in 2007, the Hippodrome was licensed to sell alcohol while operating as a Mecca bingo hall. 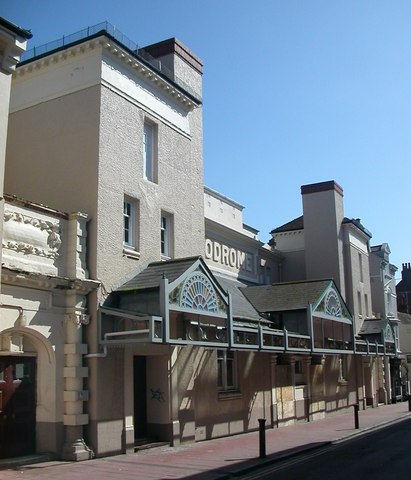 In the same year, the Academy group applied for a late-night licence until 4am on weekdays and 6am at weekends but, after objections, the company withdrew the application.

The Middle Street venue is in an area that the council has designated a “cumulative impact area” where tougher licensing rules apply to try to reduce high levels of crime and disorder.

Sussex Police did not oppose the application after Matsim worked with the force and the council licensing department for a year to agree draft conditions before finalising the application.

The company wants to be able to sell alcohol from 10am to 11.30pm daily.

Sussex Police licensing officer Claire Abdulkader said that Middle Street was in Regency ward. The ward had the highest level of serious violent crime in the whole of Sussex, accounting for more than 6 per cent of violent crimes dealt with by the force in 2020-21.

She said that during the consultation process the request for off-sales and the number of late-night events finishing at 2am were issues.

Matsim had applied for a licence to allow 20 late-night events a year but offered to reduce the number to 18, with no more than two in a month.

Any off-sales would be linked to promotional events, Mr Simmonds said, with alcohol sold in sealed containers, for example, a potential promotion for Sussex wines.

Mr Simmonds told the panel of three councillors – Dee Simson, Kate Knight and Carol Theobald – that the company had no plans to use “temporary event notices” for later events. And he said that not all special events would go on as late as 2am.

He also said that Matsim would be willing for table service to outdoor seating in Middle Street to end by 10.30pm, with the area cleared by 11pm. He added that the outdoor area was unlikely to stay open that late outside summer.