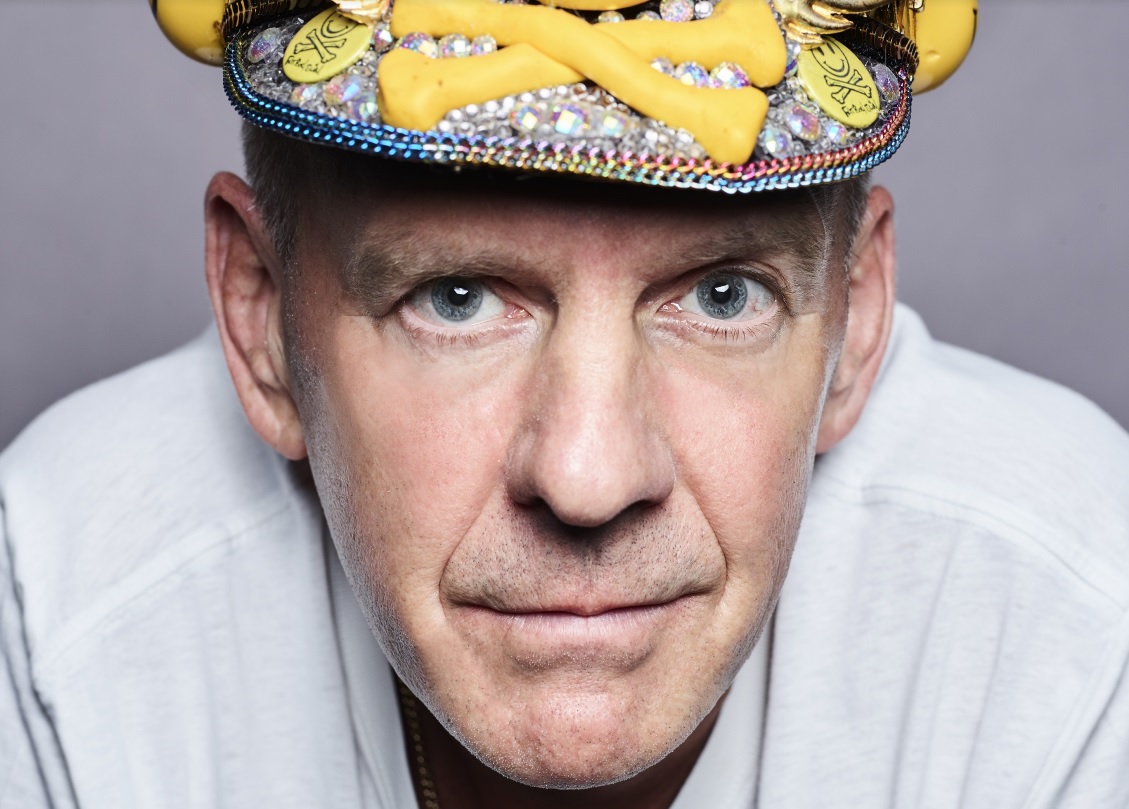 Fatboy Slim has announced a second date in Brighton for his UK tour that will take place in March 2023. Adding a show on Wednesday 15 March 2023 at the Brighton Centre, the 12-date tour will see the DJ play a number of shows in London, Manchester, Brighton, Newcastle, Birmingham, Cardiff and Bournemouth. Tickets for the tour are available now, with tickets for the new Brighton show being available on Friday (7 October) from Fatboyslim.net. 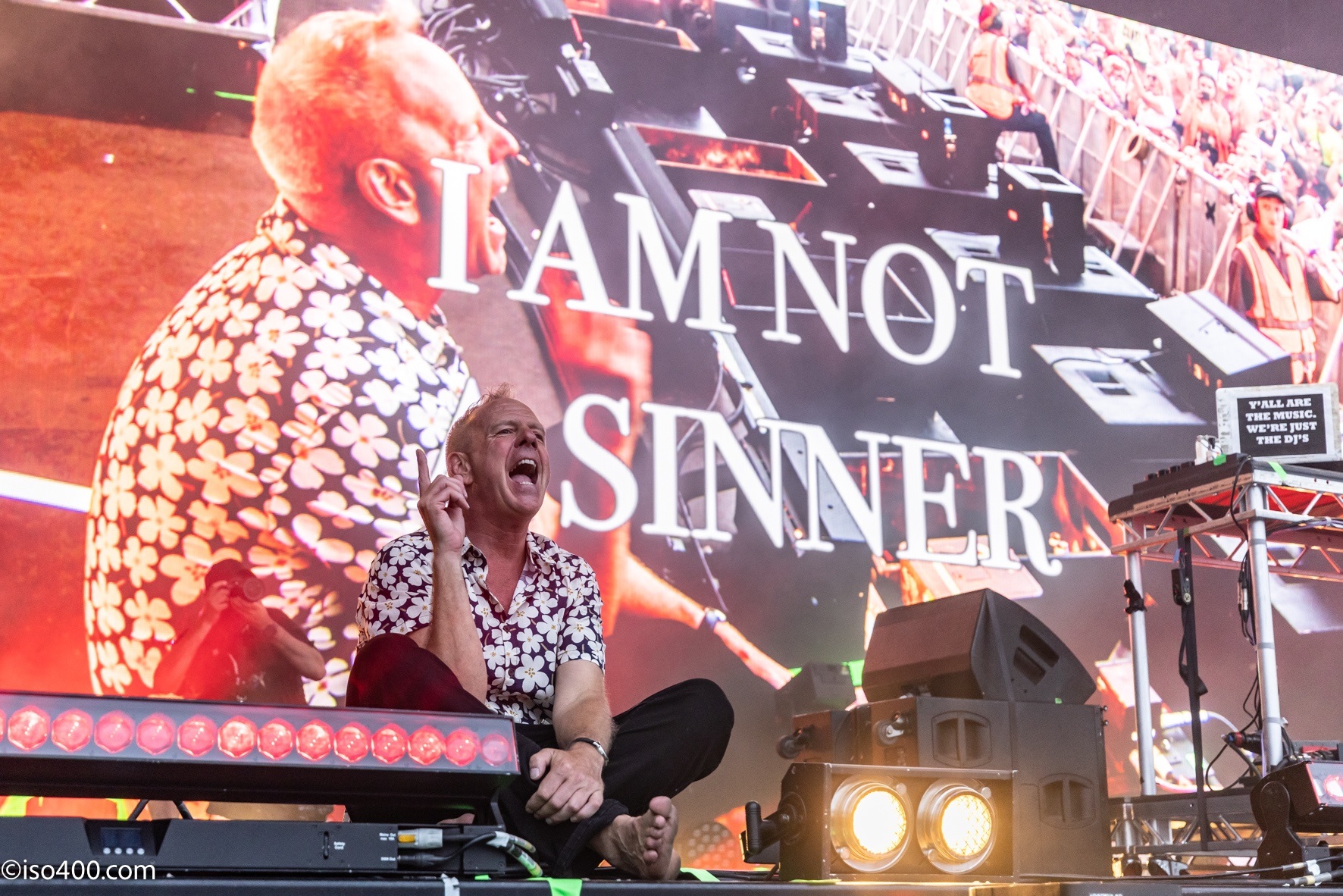 Norman said: “Coming out of covid, I have played many different types of shows from arenas to the Gas tower at Glastonbury and I just find the closer I am to the audience the more I love it … this is what this tour brings.” 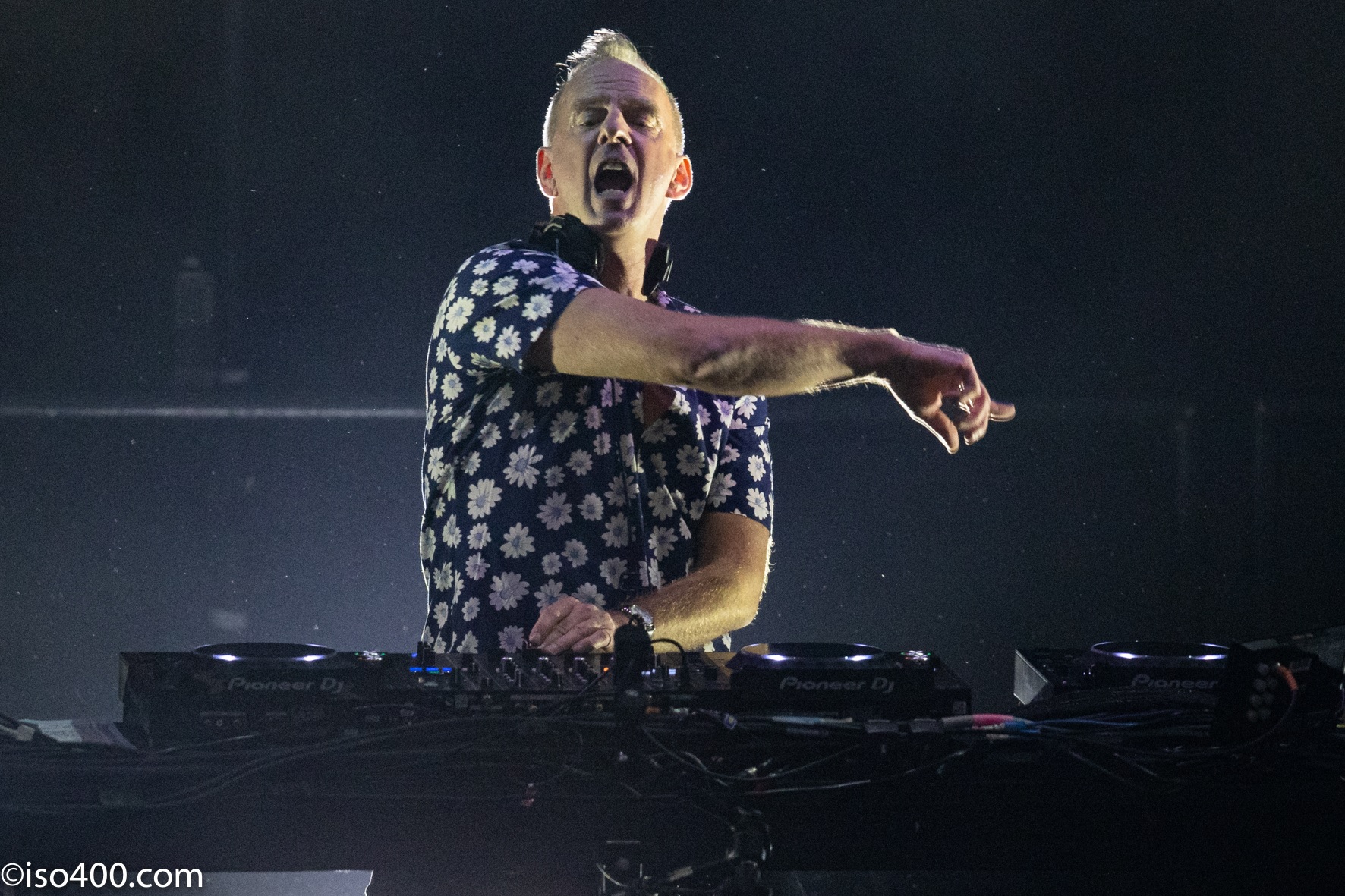 The announcement arrives on the heels of Fatboy Slim’s latest album ‘Right Here, Right Then’ which is out now. A celebration of the 20th anniversary of the infamous Big Beach Boutique event, the album is available in hardback book and CD digipak formats, comprising of multiple recordings of the original set, a brand new DJ mix, DVD of the original concert, 48-page 12in book with photos and foreword by Fatboy Slim and much more across both formats. Twenty years after those historic, era-defining gatherings, Fatboy Slim continues to push the envelope and remain one of the most in demand DJs and purveyors of quality beats in the world. 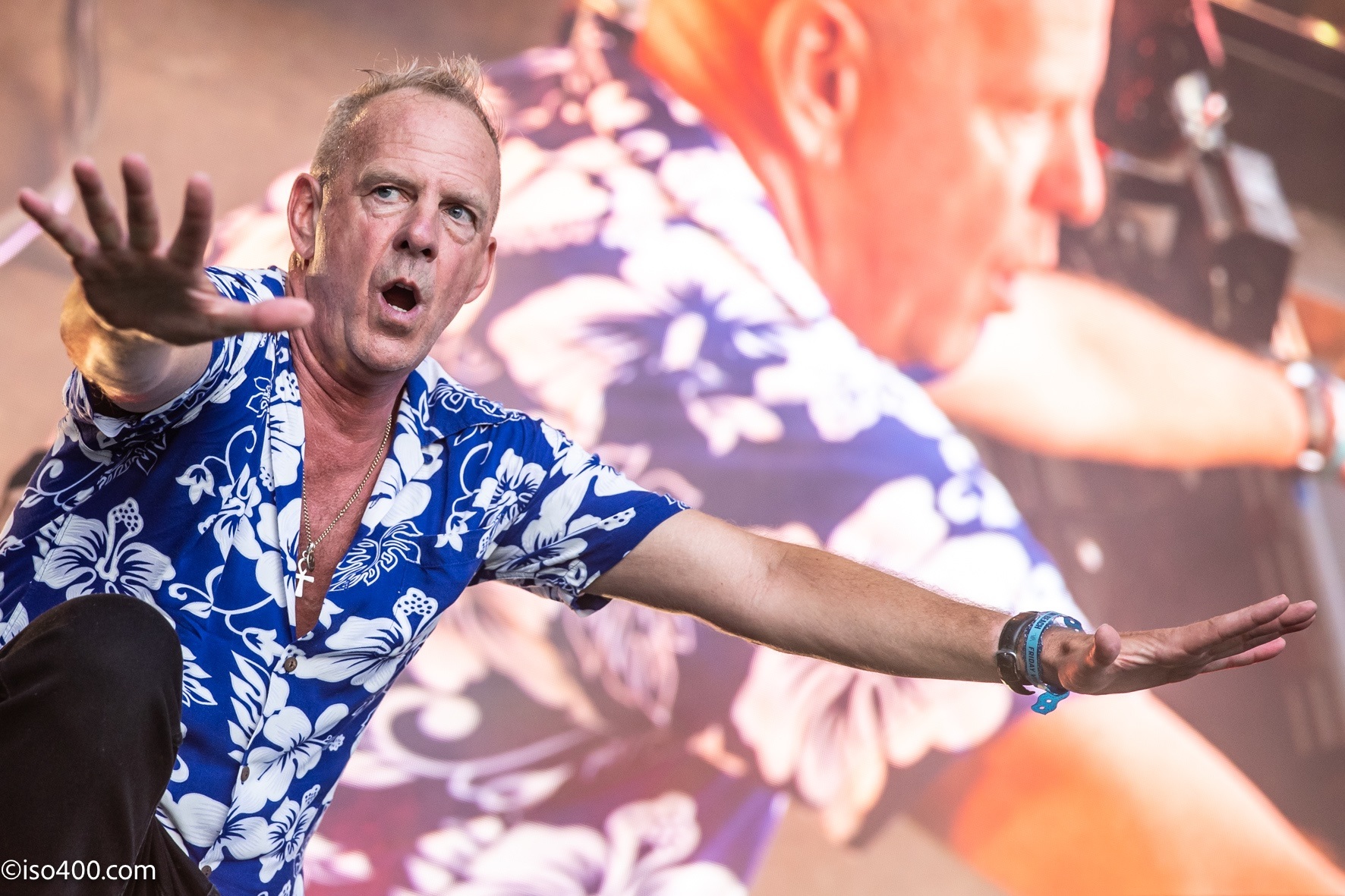 If March 2023 is too long to wait, Fatboy Slim’s All Back To Minehead will kick off its inaugural event at Butlin’s Minehead across the weekend of Friday 18 November to Monday 21 November. With three days of love, dancing and laughter and unusual amounts of fun, there will be DJ sets from Groove Armada, Everything, Idris Elba, Horse Meat Disco, The 2 Bears Rave, Jodie Harsh and Norman himself. The party goes on and it goes on and on: it shows no sign of stopping.

Catch Fatboy Slim when he embarks on his UK tour next March. 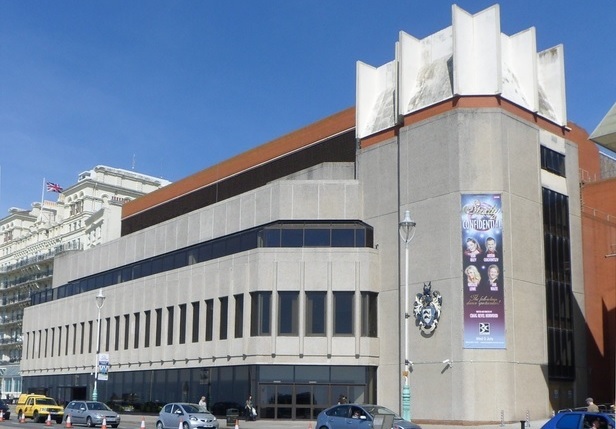 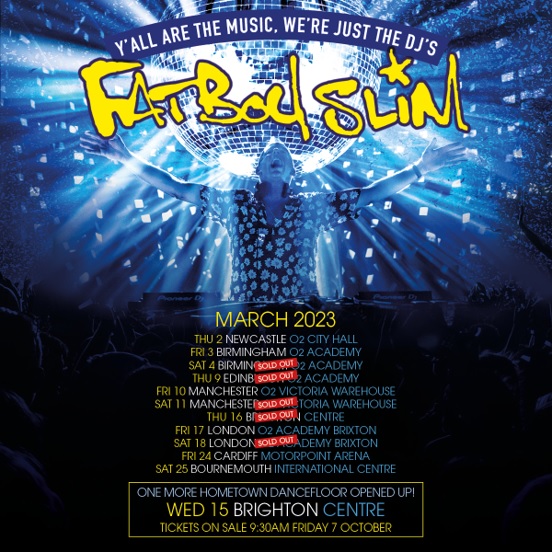