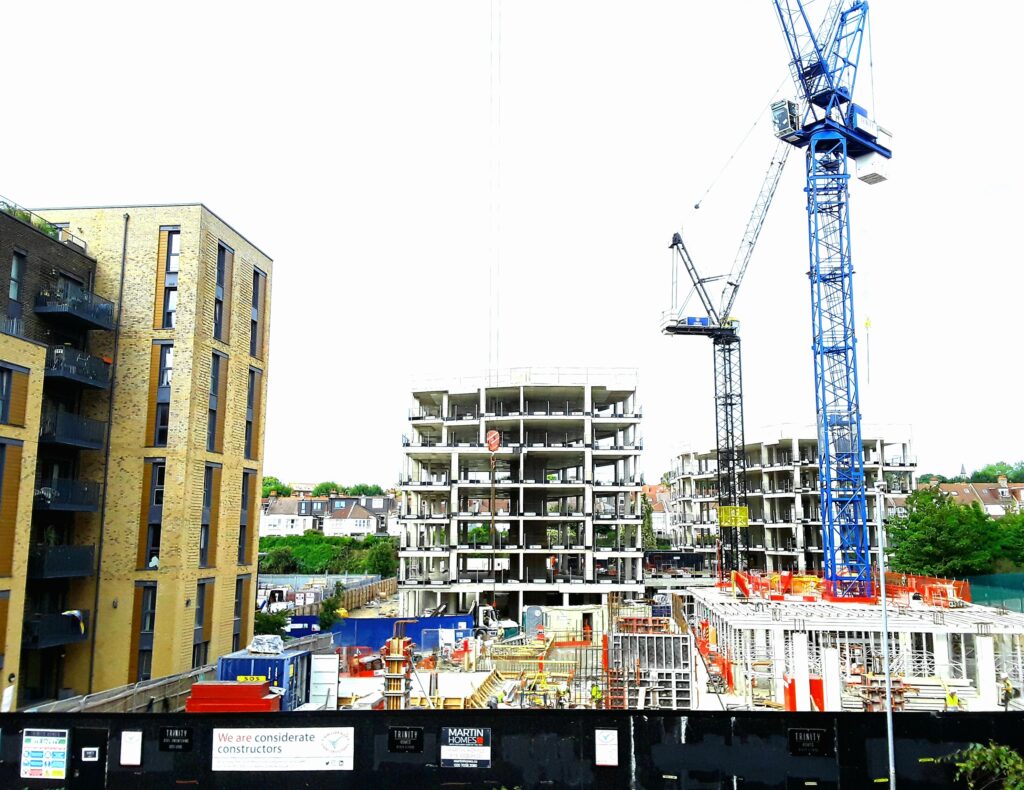 Councillors have approved a lower “eco” rating for offices on the ground floor of an eight-storey block of flats being built in Hove.

They agreed to relax the exacting green credentials after planning officials said that the demand for an “excellent” rating had been sought by mistake.

Work is under way on the building on a site which is almost half an acre in size in Davigdor Road, Hove. It was formerly the location of Hyde housing association’s local office.

The developer Martin Homes has taken over the project since it was granted planning permission by Brighton and Hove City Council more than three years ago.

As a result, the scheme would not be able to achieve an “excellent” rating – the second highest – under the Building Research Establishment Environmental Assessment Method (BREEAM) rating.

BREEAM is a widely recognised method for assessing sustainability in buildings, looking at energy, materials, waste, pollution and water.

Martin Homes applied to the council for permission to build the offices with a “very good” rating – the next highest – because it was the right way to override the previous “unrealistic” decision.

Councillor Moonan said that the committee’s decision in this case should be considered an exception, adding: “It does concern me that we’re giving out signals that planning expects excellent and you build to very good and get away with it.

“That really concerns me because we should always, as a city, be aspiring to excellence.

“It sounds like, in this case, there is confusion. I would want to give a strong signal that this is a real exception.”

Green councillor Leo Littman, who chairs the Planning Committee, asked about the requirement for an “excellent” rating for the new offices. He was told that it had been included in error.

And if the scheme for 52 flats and the ground-floor offices continued as planned, the project would still comfortably achieve the “very good” rating.

Councillor Littman said that, having checked the regulations, planners could only require a “very good” rating for the offices.

He said: “This is not a backslide. This is the correction of an error. Under only these circumstances am I happy to support this.”

The committee unanimously voted to approve the change in conditions for the offices which are being built for the global exhibition business Imex which is based in Hove.

Imex wanted new premises so that it could take on 30 more staff in addition to the 60 staff already working for the company when planning permission was granted in 2019.