Councillors have voted to have a greater level of oversight over new supported housing contracts after plans to place up to 60 people in premises in Portslade fell through. 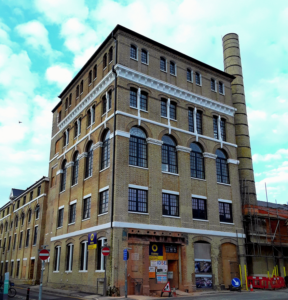 The Old Brewery also known as Le Carbone in Portslade

The latest contracts are for people with different needs but councillors did not want the same problems in principle to beset the process.

Council and NHS bosses planned to place 60 people at the Old Brewery, in High Street, in Portslade Old Village, under a contract awarded to SJOG (Saint John of God Hospitaller Services).

They would have included people with high and medium needs and their complex needs were expected to include recovering drug addicts and alcoholics.

When details emerged, hundreds of Portslade residents turned out at two public meetings last month to ask questions – and to complain about the unsuitability of the Old Brewery, also known as Le Carbone.

It emerged that SJOG was awarded the contract without first having secured premises. When premises were identified, SJOG claimed not to need planning permission. The council disagreed. And the premises turned out not ready to be lived in.

After the outcry, the building’s owner, Peker Holding London Limited, pulled the plug on the deal with SJOG – and the charity, based in Darlington, Co Durham, had no alternative premises lined up.

NHS Sussex, which is leading on the contract, is expected to ask the existing service providers, BHT Sussex and Sanctuary, to pick up the pieces.

And yesterday, the joint leader of the Labour opposition group on Brighton and Hove City Council said that she had written to council chief executive Geoff Raw calling for an investigation.

Councillor Carmen Appich told a special meeting of the council’s Adult Social Care and Public Health Sub-Committee that she wanted to know “the reasons why this was allowed to go so terribly wrong”.

Councillor Appich said that councillors had been kept in the dark and added: “Consultation with local communities is key to the integration of services.”

She did not want the same problems to afflict plans to award up to seven “supported living” contracts for adults with learning disabilities.

A report to the sub-committee said: “The council is facing increased demand for supported living services in the city to meet the needs of adults with learning disabilities, including those coming through transition and those with complex needs.

“As a result of the lack of provision, more individuals are being placed in services out of area, often in high-cost placements.

“Commissioners are seeking permission to issue prior information notices (PINs) to the market … to seek expressions of interest from providers.

“Commissioners are also seeking permission to conduct any subsequent procurement processes and award contracts following the publication of each PIN.

“The council is seeking to award up to a maximum of seven contracts for the provision of supported living for up to 51 individuals.

“By carrying out this process, commissioners will be able to shape and grow the market, ensure we have the required quality provision in the city, to enable people to remain living close to home and family and friends and for the council to have better oversight of the quality of care provided and over costs.”

Councillor Appich and fellow Labour councillor Alan Robins said that councillors should have greater involvement in the process.

Green councillor Sarah Nield, who chairs the sub-committee, said that she was concerned that this would cause unnecessary delays.

Councillor Nield said: “I am as concerned as anybody that the process of the Old Brewery went awry.

“Obviously we can’t have that being how things happen – that we make a high-level decision as a committee then, by the time it gets to the ground, it doesn’t happen.”

Councillor Robins said that the committee needed to exercise scrutiny and oversight, to look at contracts and say they were happy.

He said: “We’re frightened of going down the same route as last time. I know these are different contracts.

“We talk about a delay (but) how much delay has there been by getting it so wrong (in Portslade) in the first place that the whole thing fell through and broke down?”

Conservative councillor Vanessa Brown voted with the two Labour councillors to agree that the sub-committee should sign off the proposed contracts.

All five members of the sub-committee agreed that the council’s Procurement Advisory Board should sign off the prior information notices before they are sent out.